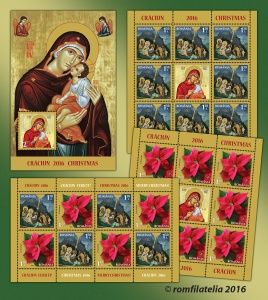 Christmas is the celebration of the birth of Jesus Christ, and the spiritual rebirth of Christians around the world, being celebrated every year on December 25th.

To properly celebrate the Nativity, Romfilatelia has prepared, as we do every year, the issue “Christmas” consisting of two stamps and a perforated souvenir sheet.

One of the stamps of the issue reproduces the image of an icon that is among those of the Twelve Great Feasts, the Nativity, belonging to Putna Monastery’s heritage, the religious leitmotif of this year’s issues, at the celebration of 550 years since the setting of the cornerstone by St. Stephen the Great.

The monastery’s iconostasis, painted in tempera and carved in linden wood, dates from 1773. Its creation is part of the activity of rebuilding Putna by the second great founder of the monastery, the Holy Hierarch Iacob Putneanul (1719-1778). Next to him, an inventory of the monastery shows that the following have contributed to the iconostasis: the bishop Antonie of Roman and Dositei, bishop of Herescu and Radauti, the hieromonks Climent, Gheorghie and Varlaam as well as Gheorghie, the abbot of Cernauti.

The Nativity Icon is in the second register of the Putna Monastery’s iconostasis and is part of a set of icons of the royal Twelve Great Feasts, who in their middle have the icon of the Last Supper. The Twelve Great Feasts icons depict the most important moments of the earthly life of Jesus Christ and show the stages of man’s salvation: the Incarnation of God’s Son, His earthly life, the Sacrifice on the cross, the Resurrection, the Ascension and the Pentecost.

The Nativity icon expresses in colour what happened in the lowly cave of Bethlehem 2,000 years ago, as shown by St. Luke at the beginning of the Gospel written by him. Then, all creation took part in the Nativity in the flesh of the Son of God, by the Virgin Mary; through the sky with the star that guided the three wise men who came from other countries, through the angels and shepherds who brought glory to God, to the earth that offered up the cave where the much awaited Messiah was born.

Along with the icon of the Nativity, a Christmas flower completes the visual picture of this much loved of winter holidays.

A gift traditionally offered during the holiday season, is known as Poinsettia “Christmas Star”, “Flower of the Holy Night”.

A legend tells us that a poor girl, having nothing to bring to church for Christmas mass, and being convinced that any gift given from the heart is welcomed by God, gathered on the roadside a bunch of green plants. Entering the church, the star-shaped leaves were stained in red, and the magic of Christmas Day made this plant known as the Christmas Flower or Christmas Star.

The images depicted on the stamp and the margin of the perforated souvenir sheet of the issue depict two versions of the Sweet Kiss icon, which were both painted in the workshops of the Holy Putna Monastery.

The entire pictorial composition is focused on the ensemble of the Virgin Mary with Child, which is the highest, cleanest and most sacred image of motherhood of all time.

The Holy Mother’s face never appears as a worldly beauty, being portrayed as a beauty beyond the ordinary, seen only through holiness.

Beyond signs, customs and charm of our Christian holidays, we each find joy and peace of mind.

Angels with flowers in hand

Written on the beautiful crown 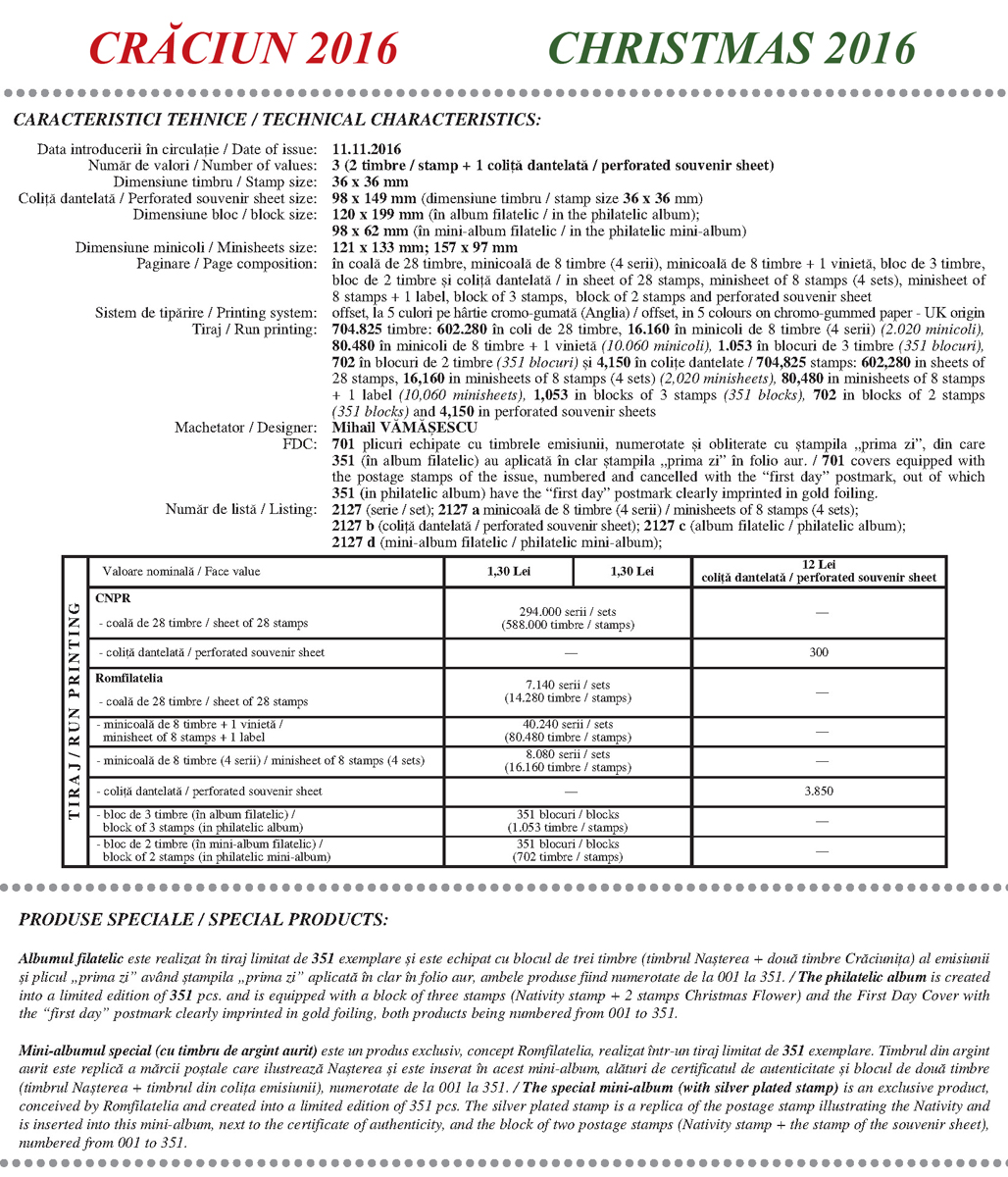