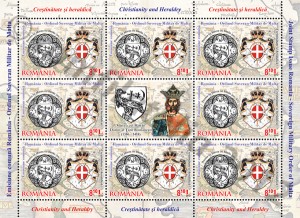 As a religious order, the Sovereign Order of the Knights of Malta was recognised by Pope Paschal II in 1113.

Subsequently, this Order has also become a “military” one in order to protect the sick persons, the pilgrims as well the Christian territories of theHoly Land.

For almost a millennium, through its charity work, the Order was close to the poors, the sick persons and the refugees, using means specific to those times.

Nowadays, due to the recognition of its merits, the Order is entitled to sovereignty and it conducts diplomatic relations with more than 90 states.

Moreover, the Order may establish independent organizations in order to be able to implement its institutional duties. As a result, many charity organisations operate in more than 120 countries.

The first relations between the Romanian people and the Order of Malta date back to the 13th century, when the King of Hungary, Bela IV, through the Diploma of the Hospitaller Knights encouraged them to establish in theBanat area.

Furthermore, the historians consider them to be the founders of the first hospital establishment on the current Romanian territory, inOradea, long before the one inSibiu, whose documentary evidence dates back to 1292.

In 1932, 80 years ago, the Order of Malta was operating in Romania based on a bilateral agreement and in 1933 the first diplomatic representative of the Order, Count Michel de Pierredon, presented his letters of accreditation inBucharest.

The relations ceased in 1948 and in 1962 the “Romanian Association of the Sovereign Military Order of Malta” was established and it was banned to operate until 1991, when the bilateral relations were resumed, this time being raised to the rank of embassy.

On the anniversary of eight decades of diplomatic relations between Romaniaand the Sovereign Military Order of Malta, Romfilatelia introduces into circulation the joint stamp issue dedicated to this event.

The stamp of this joint issue illustrates as a Romanian heraldic element, a detail of a seal from 15th century, belonging to the ruler Mircea cel Batran. Beside the seal is the coat of arms of the Sovereign Order of Malta – the Maltese cross, that can also be found in the design of the seal. The image of an ancient map of the Romanian territory was used as a background.

During his reign (1386-1418), Mircea cel Batran proved to be an important defender of Christianity. He was the only Romanian ruler who never was a vassal and formed alliances against the Ottomans with the King of Hungary, Sigismund of Luxembourg and the King of Poland, Wladyslaw II Jagiello. Moreover, the Romanian ruler sent a delegation from Wallachia toKonstanz(nowadaysGermany) to take part in the General Ecumenical Council of the Christian world, held between 1414 and 1418.

We would like to thank the Chancery of Orders of the Romanian Presidential Administration, and to the National Museum of Art of Romania for the support granted in the accomplishment of this postage stamps issue. 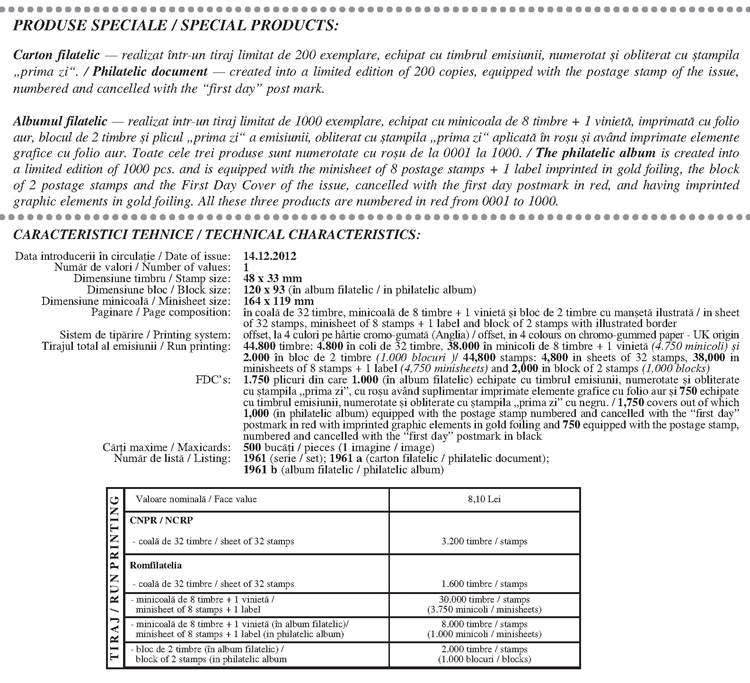