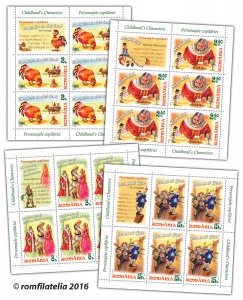 “Childhood never disappears from us; it becomes a continuous spring from which all of life’s turns comeforth.” – George Calinescu

Some of the most beloved literary genres are fairytales and stories. These, along with nursery rhymes, accompany children from their first days of life and create the first contact with imaginary worlds.

Fairytales and stories are the expression of a deep wisdom, carefully kept across the ages, but also symbolic lessons on the human existence, on the search for and acquisition of virtues. Characterised by fantastical elements, fairytales have been around ever since antiquity, being spread out in numerous versions among all peoples.

The earliest written fairytales were in a Neapolitan dialect by Giambattista Basile, in Italy, in the early 17th century. Some of these stories, like Cinderella, are truly universal, existing all over the world, in all languages, from Zulu to Swedish, with slight variations: the glass slipper may become a grass one, for example, but in them, surely, we find proof of our common humanity.

There are no grey areas in fairytales, thus the child can totally identify with the hero or heroine, can fight his way valiantly through the thick forest to rescue the sleeping beauty or through kindness and gentleness can earn his well deserved place at the king’s court.

The evocation of childhood is a favourite theme in the writings for children, this creating the most popular masterpieces of both the universal and Romanian literature. On June 1st, International Children’s Day, Romfilatelia celebrates the heroes of childhood, those characters that have enthralled us and taught us to be brave, honest, modest, hardworking, true, perseverant, real friends and many more abilities that prove useful in the life of an adult. The postage stamp issue CHILDHOOD’S CHARACTERS brings to the fore-front some of the beloved characters of our childhood: Prince Charming and Ileana Cosanzeana, Neghinita, Mr. Goe and the heroes of the Two penny bag.

Two penny bag, by Ion Creanga, is a much beloved story of childhood. Laden with archetypes, the story of the bag sets in contrast the kind old man and the mean old lady, the hard-working rooster and the greedy nobleman, providing the child who reads it a panoply of characters from which to learn good from bad.

Neghinita, the main character of the story with the same name, written by Barbu Stefanescu Delavrancea and Mr. Goe, I.L. Caragiale’s character, are both the embodyment of the troublesome and dissobedient child.

A book read as a child becomes a part of ones identity in a way that no other reading in our whole life does. 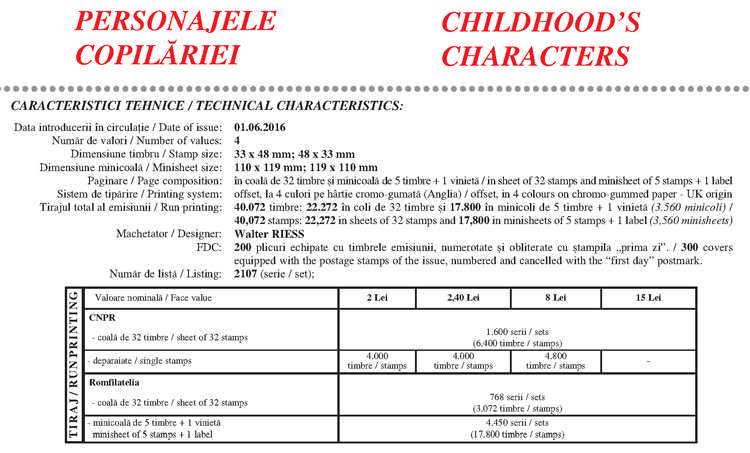