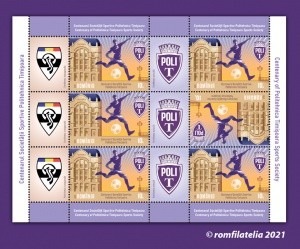 Established in 1921, the Politehnica Timișoara Sports Society had in its coordination several sports sections considered winter (fencing, gymnastics) or summer (tennis, athletics, rugby). At first the representative colors of the club were black and white, later changed to the emblematic white and purple colors (starting with 1966).

The football team of Timișoara’s first higher education institution was established on 4 December 1921, at the initiative of the first rector, Traian Lalescu, a great sports lover. If during the interwar period the football team was in the shadow of its neighbours Chinezul and Ripensia, in 1948 Poli was promoted and participated for the first time in Division A. From that moment on, Poli became, for a long time, the flag bearer of football in Timișoara.

In 2012, after a troubled period in Timișoara’s football, the white-purple flag is taken over by ASU Politehnica, the team of the Politehnica University, supported by the Timișoara Supporters’ Association Druckeria. This team, the only one that currently bears the name of Politehnica, has reached in just four years from the last echelon (L6) to L2 (where it is still now) and has already won one trophy, the national title at U13 junior level (2016).

After football, the most „popular” Politehnica sport is handball. The section was founded in 1947 and, in just a few years, it has placed Timișoara on the map of the Romanian handball for men. „Știința” (as the club was then called) became national handball champion in 1956.

Over the years, Timișoara’s polytechnic athletes have achieved outstanding results, both nationally and internationally, including at the Olympic Games, World or European Championships. Apart from handball, Olympic medals have been brought to polytechnic sport by rowers. At the 1984 Olympic Games in Los Angeles, Aurora Pleșca, a member of the CS Politehnica, won the silver medal in the 8+1 event. In 1996, at the Olympic Games in Atlanta, we had the first (and the last, for the time being) Olympic champion to be a member of a club from Timis county. This was Camelia Macoviciuc, in the double oars event (alongside Constanța Burcică).

“Not many sports clubs in Romania can be proud of this. This century meant victories, failures, efforts, passions, people. We cannot thank all those who contributed to this phenomenon. It’s about athletes, students, teachers, sports people, supporters, rectors. At this anniversary hour we are proud and continue together this beautiful story of Romanian sport: Politehnica Timișoara.

A sports club, a city, one heart: Politehnica Timișoara”.

On the First Day Cover of the issue are illustrated images with the club’s teams participating in various sporting events over the years, grouped in a montage-symbol of the club’s history. 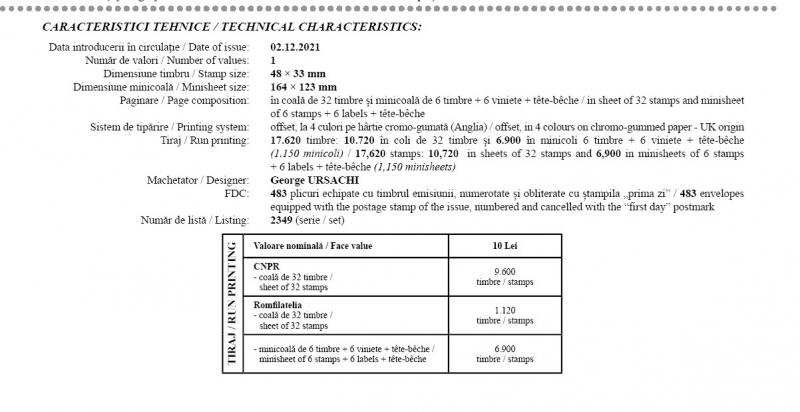