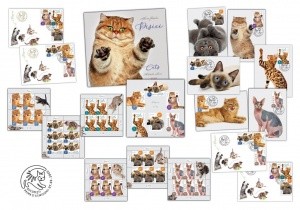 Anatomically similar to the other species of Felidae, the domestic cat has fast reflexes, sharp teeth, a strong flexible body and retractable claws adapted for small prey. The well-developed sense of smell and night vision ensure a real advantage in hunting. Although it is a sociable species, the domestic cat hunts alone.  Cats’ way of communicating includes vocalizations such as meowing, trilling, purring, growling, hissing, grunting, and body language specific to cats. They hear sounds with frequencies too low and too high for human ears. As a prey animal, the domestic cat’s activity is most dynamic at dusk and dawn.

The Siamese cat is portrayed on the postage stamp with the face value of Lei 2. This is one of the most distinctive breeds of Asian cat. The modern Siamese is noted by its cylindrical, elongated and muscular body as well as its triangular head which forms a perfect triangle from the tip of the nose to the tips of the ears.

The eyes are almond shaped, blue and the ears are large, wide at the base and positioned towards the sides of the head. This breed has an elongated neck, narrow tail and a fine, glossy fur that adheres to the body. Siamese cats are intelligent, sociable, affective and playful since they are kittens and remain so at maturity. They feel the need to interact with people and seek the company of other cats.

The philatelic album is created into a limited edition of 225 pieces and is equipped with the block of the issue (containing six imperforated stamps), as well, the set of two  First Day Covers with the “first day” postmark clearly imprinted, with foiling. Each element is numbered from 001 to 225.

The postage stamps issue “Cats” will be available on Friday, February 7th  2020, in Romfilatelia’s shops network in Bucharest, Bacau, Brasov, Cluj-Napoca, Iasi and Timisoara and online on https://romfilatelia.ro/store/. The postage stamps issue is completed by 2 “first day” covers, and as page composition in sheet of 32 stamps, minisheet of 5 stamps + 1 label and block of 6 imperforated stamps. 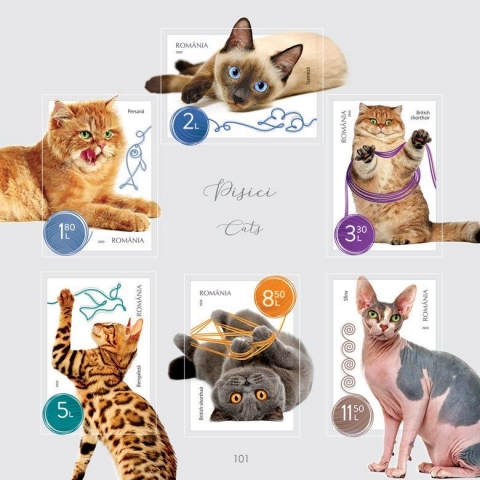 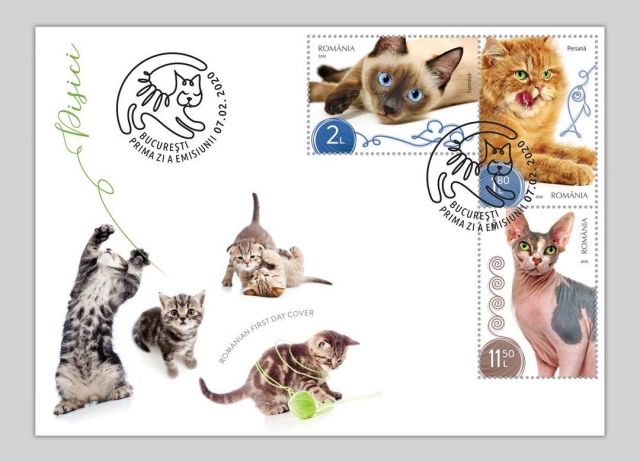 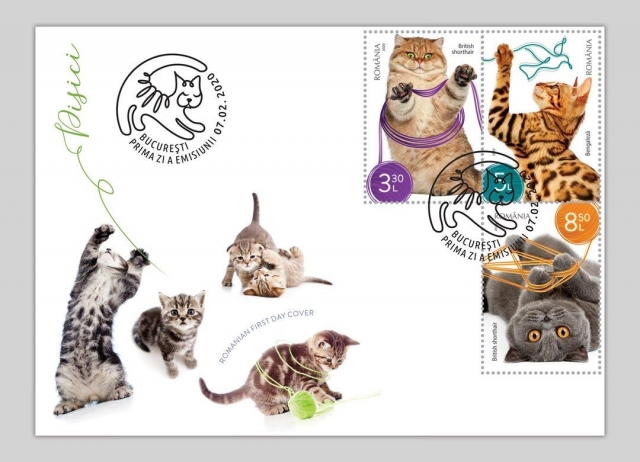 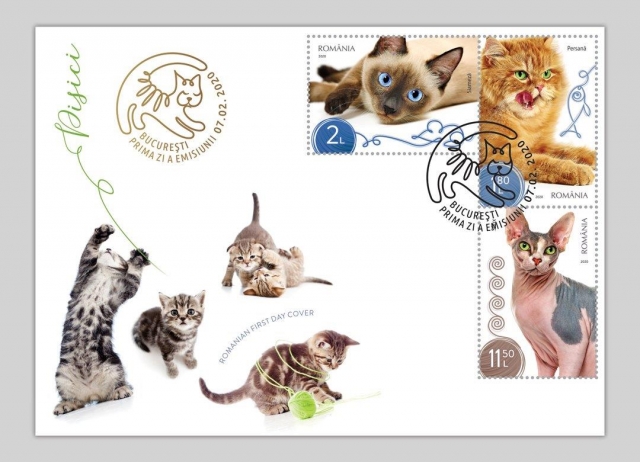 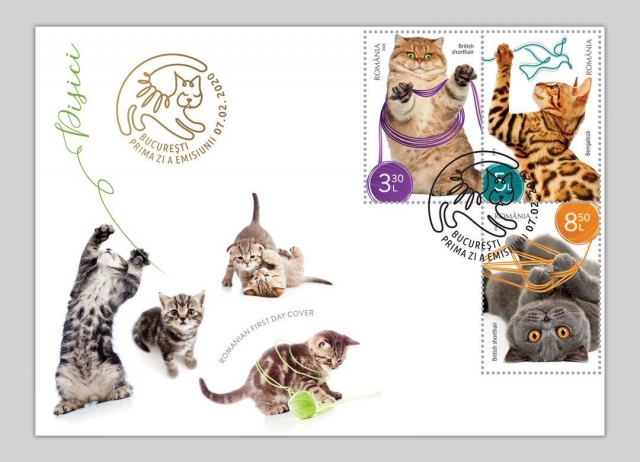 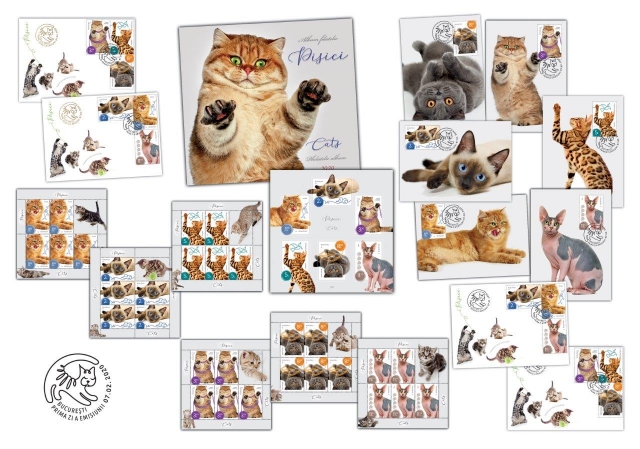 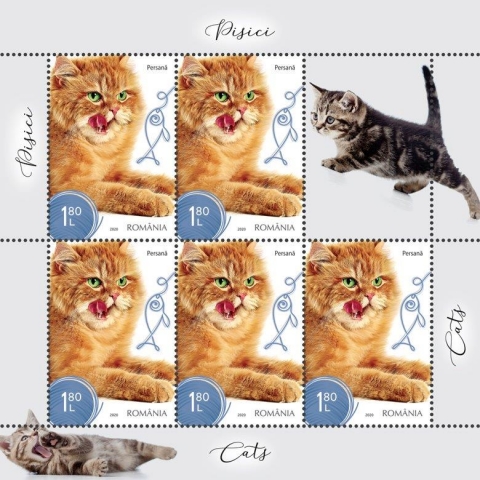 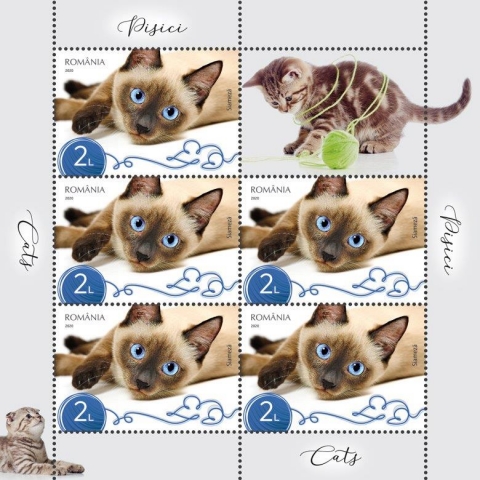 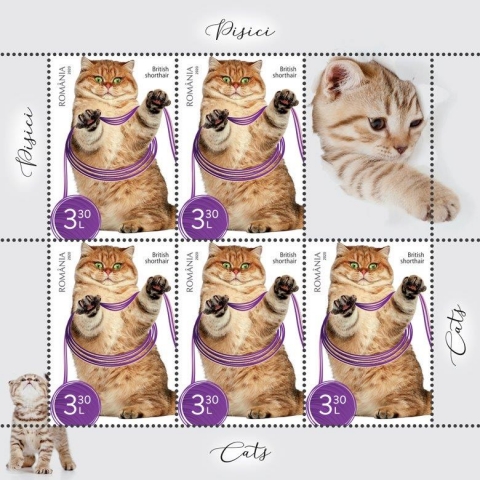 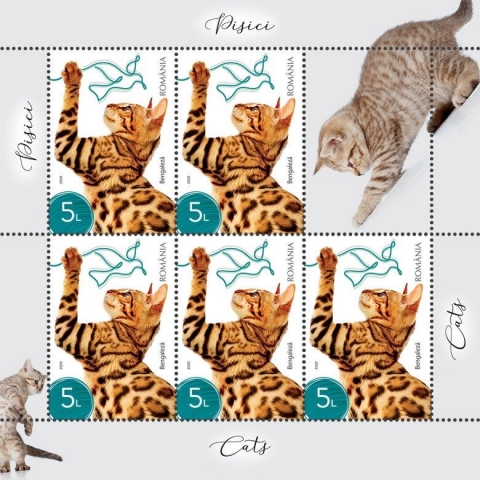 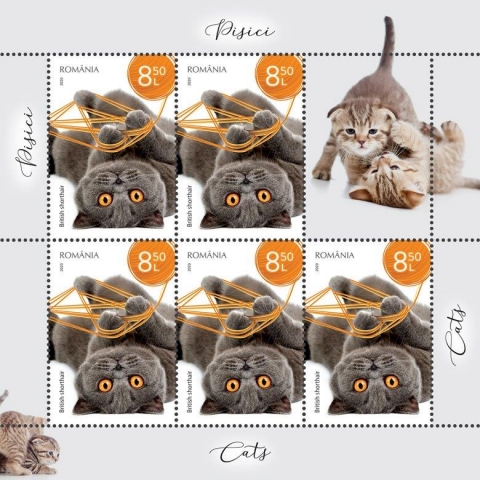 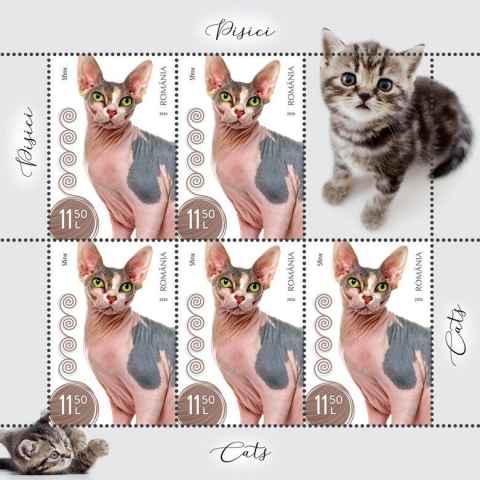 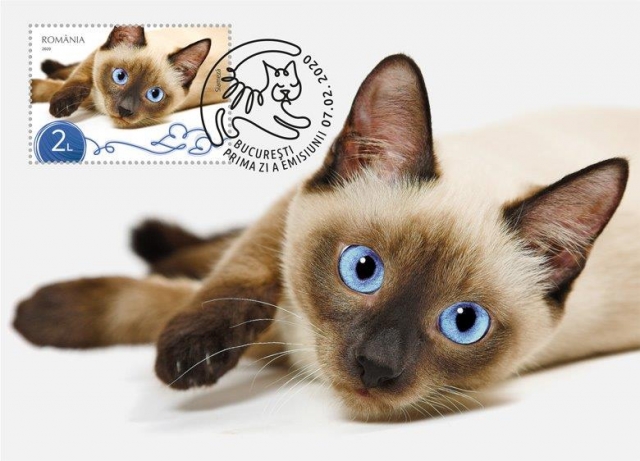 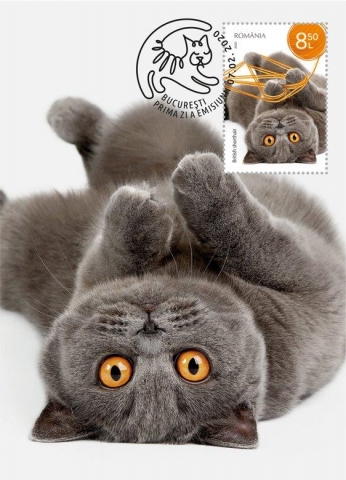 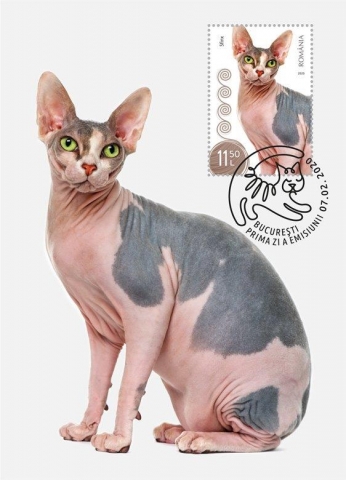