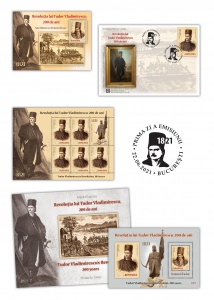 Romfilatelia introduces into circulation, on Tuesday, June 22nd this year, the postage stamps issue entitled “Tudor Vladimirescu’s Revolution, 200 Years”, dedicated to a historical moment and an exceptional personality: the Revolution of 1821 and its leader, Tudor Vladimirescu.

Although defeated by the Ottoman military forces, the revolutionary movement of 1821 was of paramount importance for the modern history of Romania, as it put an end to the Phanariot rule in Moldavia and Wallachia. Historians define the Revolution of 1821 as the beginning of Romania’s national renaissance process.

The postage stamps issue Tudor Vladimirescu’s Revolution, 200 Years, consisting of a stamp, a perforated souvenir sheet, a special anniversary block and a “First Day” Cover, is part of a series of projects designed to pay tribute to the hero and celebrate the Year of Tudor Vladimirescu.

The stamp with the face value of Lei 9.00 reproduces the portrait of Tudor Vladimirescu, after an engraving by Theodor Aman.

On the “First Day” Cover of the issue is depicted Tudor Vladimirescu, a reproduction after an oil painting, made by Theodor Aman, considered the most famous portrait of the hero.

Theodor Aman is the one who embedded in the people’s memory the appearance of Tudor Vladimirescu, although all portrait variants were made posthumously, since Aman was born in 1831, ten years after Tudor’s death. His face was reconstructed by the painter with the help of testimonies of veteran Pandurs, survivors of the Revolution of 1821, and especially with the help of information and certification of authenticity from one of Tudor Vladimirescu’s acquaintances, Petrache Poenaru (1799-1875), the well-known inventor of the fountain pen. At the age of 22, he entered the service of Tudor’s Chancellery, writing documents and taking part in diplomatic missions. Towards the end of his life, he helped Theodor Aman capture on canvas the depiction of “Lord Tudor” in the painting probably made between 1874 and 1876, more than half a century after his death. More recently, lithographs representing him (with a harsh, tough expression) were discovered in Vienna, where Tudor Vladimirescu had travelled, but it is unlikely that Aman knew them. His portrait is quite similar to the lithographs mentioned, but it presents an idealized version: a handsome, dignified man, with a calm expression, confident, able to dominate people and situations – the portrait of a true national hero, very necessary in the context of those times, when Romania would proclaim its independence from the Ottoman Empire and conquer it through a war. And this image remained embedded forever in the collective mind: for all Romanians, this is what Tudor Vladimirescu “looked like” – the man in the portrait painted by Aman.

The graphic artworks illustrated in this postage stamps issue are part of the patrimony of the Museum of Bucharest.

Romfilatelia thanks the Museum of Bucharest, the Targu Jiu City Hall and the “Alexandru Stefulescu” Gorj County Museum for their support in the development of this postage stamps issue.

The philatelic folder, created in a limited edition of 211 copies, is equipped with a special anniversary block of two stamps: an imperforated stamp and a second stamp designed, in a first-time presentation, with a double perforation, in a rectangular format. A thematic image completes the graphic concept of the block, which is numbered from 001 to 211. 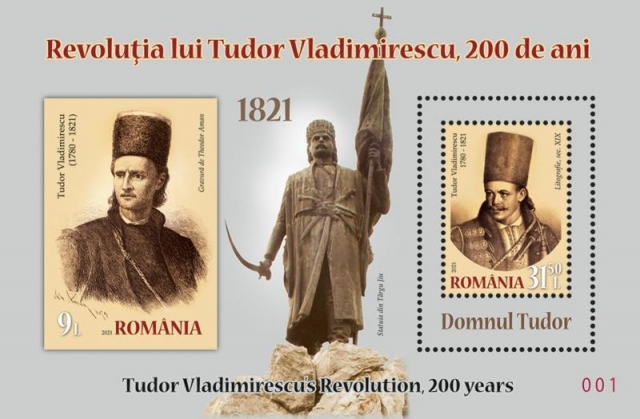 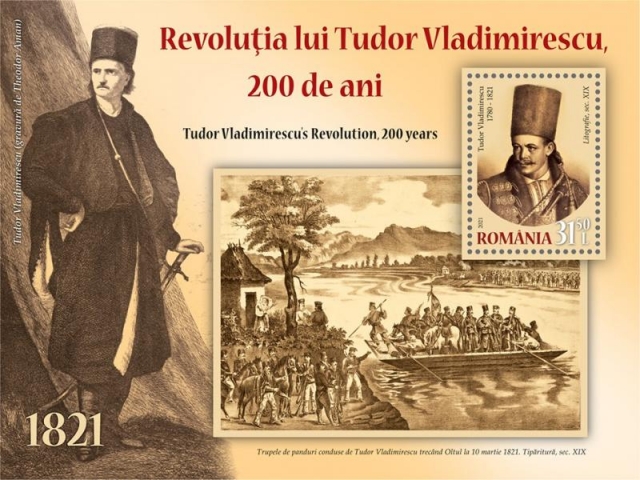 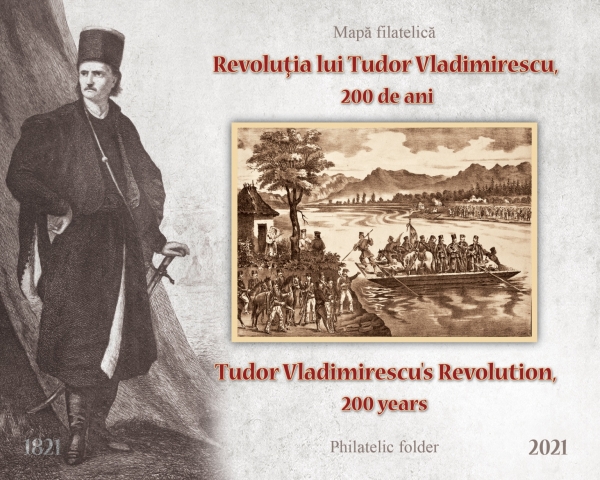 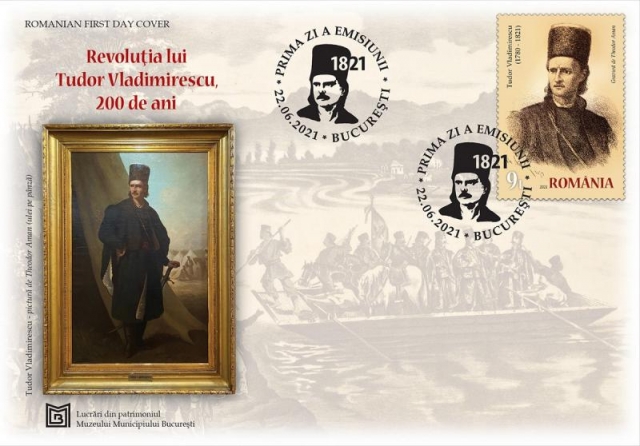 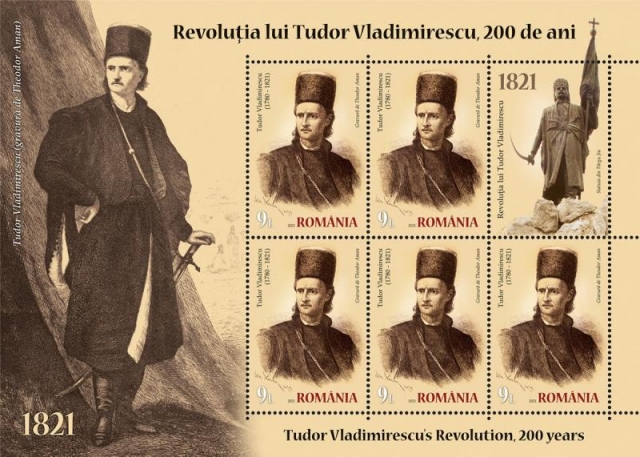 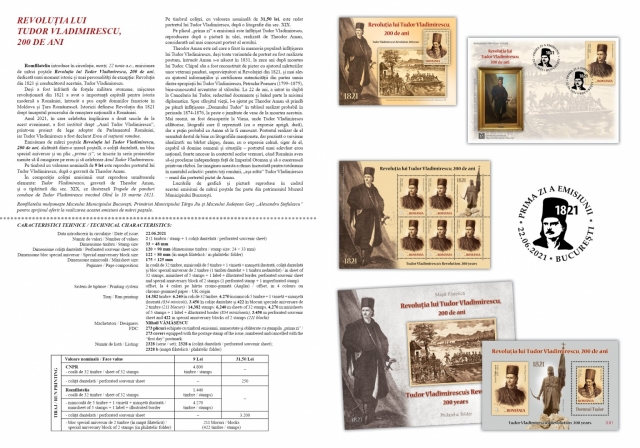 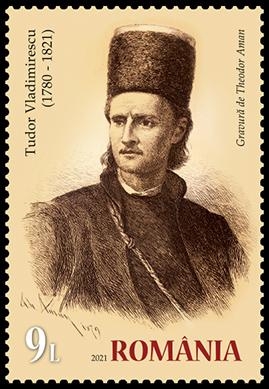