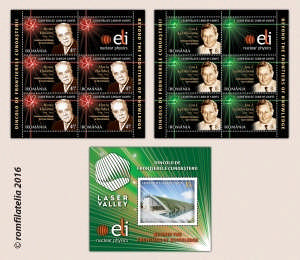 “The best way we can predict the future is to create it.” USA President Abraham Lincoln

According to some testimonies of locals and some documents in the state archives, Magurele was Lady Stanca’s dowry estate and Michael the Brave passed the inheritance to a niece of theirs, Ilinca daughter of Nicolae Voivode Patrascu, who in turn, left it to her son Stefan Voivode Cantacuzino. Later Magurele was owned by several descendant boyar landowners and finally by the Otetelesanu family estate.

All that was the Otetelesanu Mansion became the starting place of the Institute of Atomic Physics, as agreed with and approved by Professor Horia Hulubei (1956). Under the directorship of Professor Horia Hulubei, IFA scored decisive moments not only in the history of science and technology in our country, but throughout our intellectual history: the first electronic computer (1957), installing the nuclear research reactor and the particle accelerator – cyclotron (1957 and 1958), the establishing of the first laser in Romania (1962).

This place, full of history and culture, has opened its doors to a new future, beyond the frontiers of knowledge, making ELI-NP the most advanced research infrastructure in the world that focuses on the study of photonuclear physics and its applications, benefiting from the exceptional performance of a high intensity laser.

To make this scientific project of international scope known to the general public, both national and foreign, Romfilatelia dedicates the postage stamps issue Beyond the frontiers of knowledge, Laser Valley – Land of Lights, inviting collectors to view a world set in a future that passes beyond the current barriers of knowledge.

Creator of the Romanian school of atomic physics, Horia Hulubei (1896 – 1972) conducted research in the Laboratory of Physical Chemistry of the Sorbonne. In 1933, he obtained his doctorate in physics at Paris, even becoming director of research at the University of Paris. Horia Hulubei constantly activated in the country as a professor at universities in Iasi and Bucharest, where, besides the intense work of scientific research, he had a very rich research and organization activity for the Institute of Physics, created in 1948 and headed by him until 1956, when he passed onto the leadership of the new Institute of Atomic Physics.

Horia Hulubei has the merit of having formed generations of specialists in atomic and nuclear physics, and making himself known for important scientific discoveries, in neutron physics, the study of transuranic elements, in the study of nuclear reactions and the disintegration of mesons.

As the first director of important research institutions, Horia Hulubei had a decisive role in commissioning – for the first time in the country – of a nuclear reactor (the second in Eastern Europe) and a cyclotron.

In recognition of the scientific authority of the great physicist, today, the National Institute of Physics and Nuclear Engineering bears his name.

Another exceptional personality of the scientific field, world renowned physicist Ion I. Agarbiceanu (1907 – 1971) saw the light of day in Bucium, Alba county.

After a period of specialization in Paris, he obtained a PhD in physics with a thesis entitled Research on the spectrum of fluorescence and absorption of iodine vapours, considered by physicist Pringstreim as a reference work in the field.

In parallel with his research work, he conducted a well documented teaching activity, first at the Faculty of the University of Bucharest and at the Institute of Oil and Gas, then as professor of physics at the Polytechnic Institute of Bucharest.

His scientific work was focused on atomic and nuclear physics research, carried out by optical methods. He has the merit of having initiated the first Romanian research into the physics of lasers, managing to produce in 1962 the first Romanian gas laser (type helium – neon), just one year after its launch abroad. No doubt that the laser is a major invention of our time. This was a truly exceptional discovery, making possible industrial processing that previously one could not imagine, surgery of great finesse, measurements reaching an unprecedented precision. 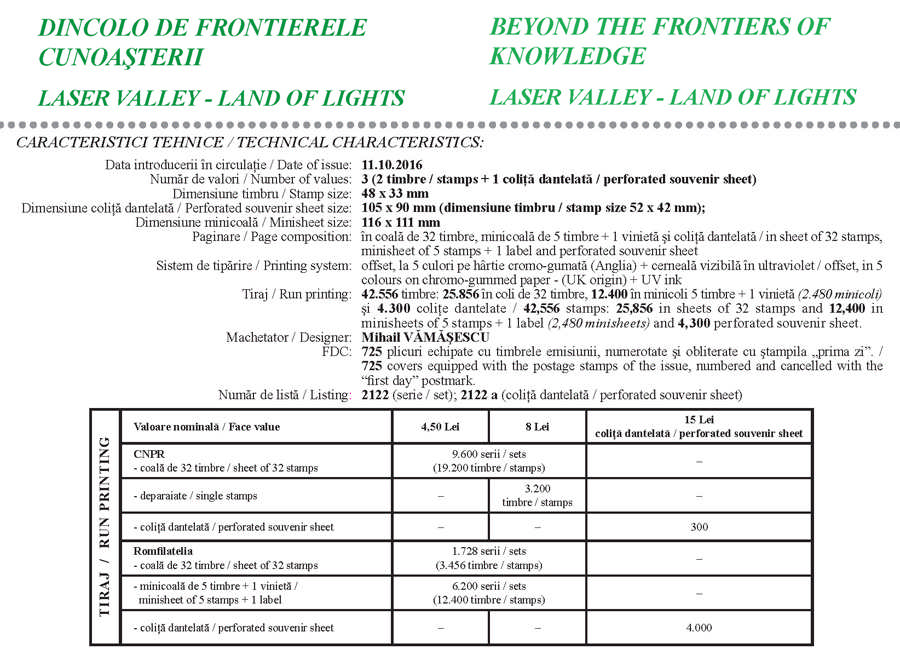