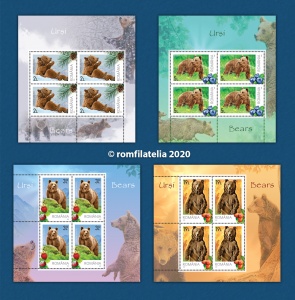 Romfilatelia continues the Fauna topic, highly appreciated by collectors, introducing into circulation, on Thursday, December 3rd this year, the postage stamps issue entitled Bears, consisting of four stamps depicting the brown bear, an emblematic species of wildlife in Romania. On the four stamps, having the face values of Lei 2, Lei 3.30, Lei 5 and Lei 19, the brown bear (Ursus arctos) is represented in four hypostases, corresponding to the four seasons that characterize the nature of Romania.

The brown bear is one of the largest terrestrial carnivores. Males weigh 250-300 kg, and can exceptionally exceed 400 kg. Females weigh 150-250 kg.

They are massive animals, with a robust skeleton, with strong limbs, endowed with claws that can reach 10 cm in length. The head is large, with a broad skull. The dentition comprises 42 teeth. 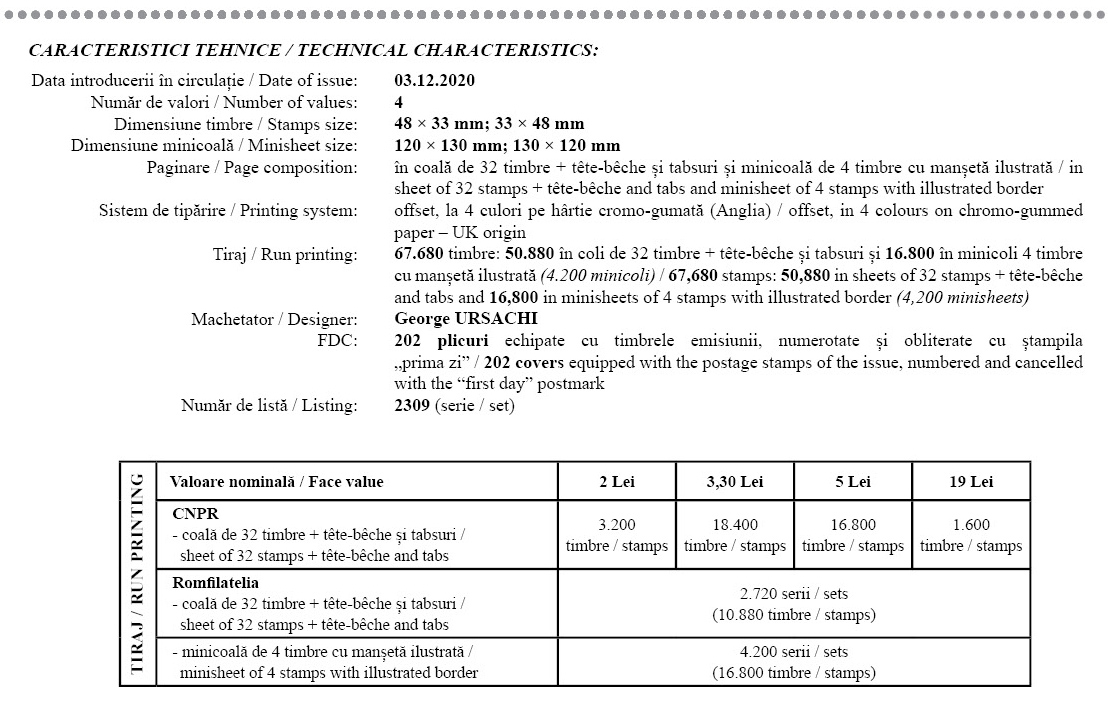