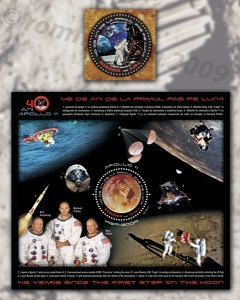 The man’s dream of flying has always existed… And also since then there existed the dream of the earthling of reaching the Moon …
The first person who wrote about the flight of some people on the Moon was Jules Verne in his novel From Earth to the Moon.
And those who made this dream become true were the Americans, by their Apollo program, carried out between the years 1961 and 1972.
The Apollo program began with a series of tests of the carrier rockets from the Saturn series, reaching to piloted space flights, with human crew, around the Moon. As a result of the announcement of the president J.F. Kennedy, in 1961, that USA will send a human crew on the Moon and until the end of the ´60, the program has been radically modified for this purpose.
For 8 years, the missions preparing the landing on the moon were carried out in an accelerated rhythm, even after the failure of the Apollo 1 test on the ground, on the launching platform, when the first victims among the astronauts were registered.
Apollo 11 was the first mission with human crew which landed on the Moon, the 5th flight with human crew and it has been the 3rd trip to the Moon.
A Saturn V rocket launched the Apollo 11 ship, having on board crew made of Neil A. Armstrong, Michael Collins and Edwin E. Aldrin Jr., from the Kennedy Space Centre, on July 16th 1969. The control module had the name of Columbia and the lunar module, Eagle, the eagle being the symbol of the United States.
On July 20th, historical day for the earthlings, Neil Armstrong being the first man who stepped on  another celestial body said: “That’s one small step for man, a giant leap for mankind”. A few minutes later he was followed on the lunar ground by his mission colleague, Edwin E. Aldrin Jr.
After this cosmic flight, other 10 people have stepped on the Moon until the end of the Apollo program, the last mission being Apollo 17.
40 years after the landing on the Moon, the representatives of the space agencies of the great powers  propose themselves that in the near future (2015-2020), people put again the foot on the lunar ground and even on the planet Mars.
On the occasion of the 40th anniversary since the accomplishment of the greatest mankind’s dream that of conquering celestial bodies, Romfilatelia introduces into circulation the philatelic issue “Apollo 11- 40 Years since the First Step on the Moon”. 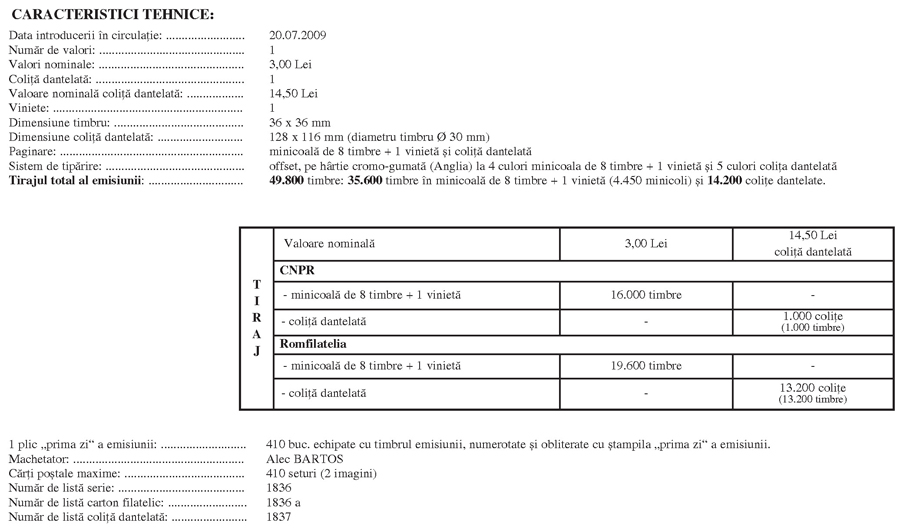