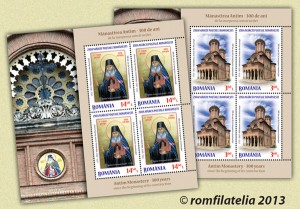 300 years ago, the metropolitan bishop Antim Ivireanul laid the foundation of Antim Monastery, dedicated to All Saints, being today one of the oldest and most beautiful monasteries of Bucharest.

By its supple, elegant and balanced architectural line and the refinement and depth of the vegetal motifs sculpted in stone and wood, the monastery church is considered “one of the most beautiful churches, the work of art of an artist archpriest, the creator of an artistic synthesis which made this synthesis not only in the conditions of the Antim Church, but also in his own life”. (Nicolae Iorga)

The architectural plans of the building were created by the metropolitan bishop himself, two of them being kept until today, one on paper and the other one on parchment, made in 1715, when the dedication of the main church of Antim Monastery took place.

The artistic execution of the monastery represents an eloquent proof of the cultural life of Bucharest at the beginning of the 18th century.

The church, built after a plan in trefoil architectural style between 1713 and 1715, has large windows with frameworks sculpted in stone, big and rich rosettes and an open church porch. The capitals and pedestals of the columns are beautifully decorated with floral motifs.

In his will, the metropolitan bishop settled the function of two printing houses in the monastery (one in Romanian and one in Greek) and established a public library for the first time in Walachia.

The 1738 earthquake damaged the building, causing the two original steeples made of brick to collapse. Subsequently, the steeples were replaced with others made of wood. In the period between 1746 and 1747, the monastery was completely restored, its iconostasis being adorned with golden foil.

In 1820, under the guidance of the bishop Ilarion of Arges (buried outside the church, on the right side of the nave), Tudor Vladimirescu drafted the Proclamations for the country in Antim Monastery, while the friar David sewed the tricolour flag of the Revolution, having the icons of the Holy Trinity and of Saint Martyrs Gheorghe and Teodor Tiron.

The State Archives were kept here between 1840 and 1864 and between 1860-1863, the monastery was restored again through the courtesy of bishop Clement of Arges. On this occasion, the church was repainted by the painter Petre Alexandrescu, and the chapel by the painter Gheorghe Tattarescu. The church was opened for divine worship in the summer of 1863, in the presence of the ruler Alexandru Ioan Cuza.

During the First World War, the relics of Saint Filofteia from Curtea de Arges were kept here for a couple of months, and since 1940 they have honored and worshiped, in the main church, the relics of the 40 Saint Martyrs from Sevastia (Armenia) and of Saints Neofit, Acachie and Paraschevi.

At the end of 1945, the “Burning Pyre” movement, focused on the hesychast spirituality of Jesus’ prayer, was founded in the Antim Monastery. Intellectuals, priests, monks, students and also simple believers participated in the conferences and dialogues, carried out in the library hall from the abbot house, which became not spacious enough.

The last integral restoration of Antim Monastery took place between 1964 and 1966.

As a first rank edifice, the monastery has become, ever since1950, the Patriarchal Chapel, the Bishop Residence, and today hosts the Synod Palace, the Library of the Holy Synod and the Archives of the Holy Synod.

On the anniversary of 300 years since beginning the construction of Antim Monastery, Romfilatelia introduces into circulation a postage stamps issue consisting of two stamps, dedicated to this event.

We address our thanks to His Beatitude Father Daniel, Archbishop of Bucharest, Metropolitan of Muntenia and Dobrogea, Locum Tenens of the Throne of Caesarea Cappadociae and Patriarch of the Romanian Orthodox Church, to the Archbishopric of Bucharest, the Antim Monastery and the Romanian Academy Library, for their support granted in the accomplishment of this postage stamps issue. 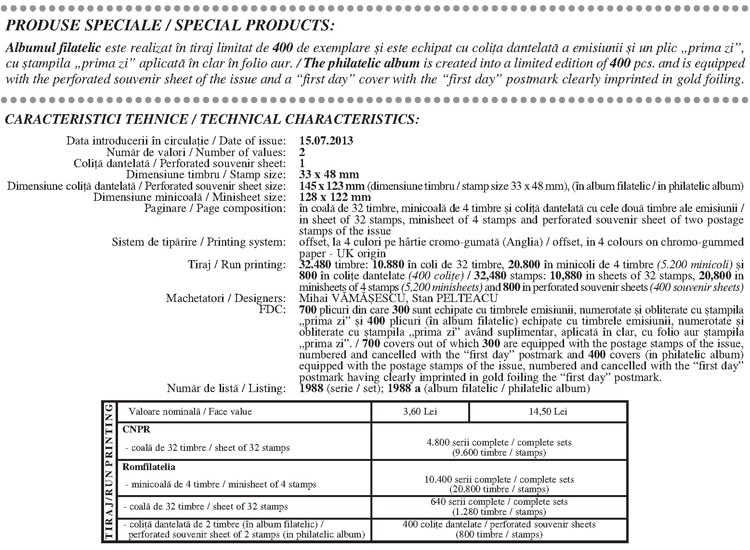