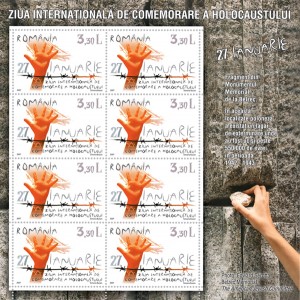 Romfilatelia, the specialized company in editing and trading Romanian postage stamps, introduces into circulation the postage stamps issue Anniversaries Personalities.    Romfilatelia, the specialized company in editing and trading Romanian postage stamps, introduces into circulation the postage stamps issue Anniversaries Personalities.
Gustave Eiffel (1832-1923) is illustrated on the postage stamp with the face value of RON 0.60. As a french engineer he was renowned for his special contribution regarding the development of metallic constructions, by replacing cast iron with steel in the execution of numerous bridges and constructions. He built numerous bridges, viaducts and grandiose metallic works, one of the best-known being the resistance structure of the Liberty Statue from New York. He made constructions in almost all continents. But his most representative works remains the Eiffel Tower, a metallic construction erected in Paris on the occasion of the Universal Exhibition of 1889, an exhibition dedicated to the celebration of one hundred years since the French Revolution. The tower building lasted of 1887 to 1889. In recognition of his merits, Gustave Eiffel received from the French State the Legion of Honor, which was handed out to him within a special ceremony, right on the narrow platform built close to the tower´s top. The tower has 320 meters, to which the antenna of TV broadcaster is also added. Even after more than one hundred years, La Tour Eiffel remained a symbol both of Paris and France.
Maria Cuţarida – Crătunescu (1857-1919), illustrated on the postage stamp with the face value of  RON 0.80, was the first medicine woman from Romania. She was born in Calarasi and studied medicine in France where, in the year 1884, in Montpellier, she obtained her doctor´s degree. She carried out an intense activity for the protection of disfavored children, setting up in the year 1897, The Maternal Society. Two years later, in 1899, she established the first factory nursery of Romania. By her convictions and actions dedicated to women´s emancipation, she was regarded as an important feminist militant. An oil portrait of Maria Cuţarida is in the Children´s Hospital “Grigore Alexandrescu”.
Virginia Woolf (1882-1941), illustrated on the postage stamp with the face value of RON 2.10  was a British writer, a representative of the psychological novel genre, who enriched the narrative technique. Virginia Woolf (born Virginia Stephen) was born in London, grew up and perfected her education in a classical Victorian family. In 1895, after the death of her mother, she had the first stroke of affective depression in a long row that followed that. After the death of her father (Sir Leslie Stephen, editor and literary critic) in 1904, she moved together with her sister Vanessa in a house from Bloomsbury, where  the circle of intellectuals known by the name of Bloomsbury Group was formed. Virginia Woolf started her career as a writer in 1905, by publishing in the literary supplement of the newspaper The Times. In 1912 she married Leonard Woolf, a political clerk and theoretician. Her first novel, The Voyage Out, was published in the year 1915. Then a series of novels and essays follows ensuring her success, both on the part of the large audience and the critics. Among her literary works, we remind Jacob´s Room, Mrs. Dalloway, To the Lighthouse, The Waves, Between the Acts. In 1941, she commits suicide, throwing herself into the waters of the river Ouse from the proximity of her house in Rodmell.
Nicolae Titulescu  (1882-1941), illustrated on the postage stamp with the face value of RON 3.50 was a famous Romanian politician and diplomat. Being a brilliant orator, he became an academician in 1935. He is considered to be one of the greatest European diplomats from the interwar period. He was the Minister of Foreign Affairs between the years 1927-1928 and 1932-1936. Between 1920 and 1936 was a permanent delegate of Romania to the League of Nations whose President he was elected, twice consecutively in 1930 and 1931. He carried out an intense diplomatic activity to strengthen the territorial security and integrity of Romania. He was dismissed from the Government by King Carol I and emigrated to France, where he also died. “This minister of a small country makes politics in a grand style. In the foreign politics, he is embarked on a feeble boat that he steers like a large ship, in the domestic politics, he rides on a rotten board, to which, eventually, he gives the stability of a rock” said about this illustrious „minister of Europe”, as he was called in the press at that time, Edouard Herriot, the prime-minister of France, one of the first-rank personalities of the third French Republic. 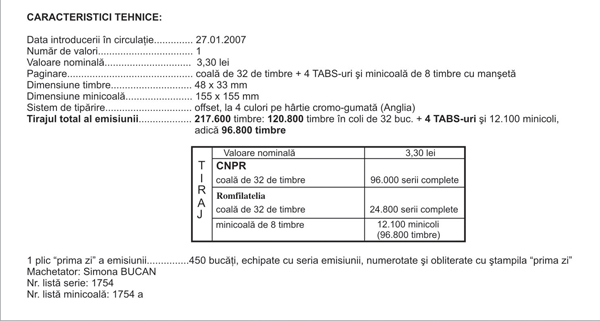