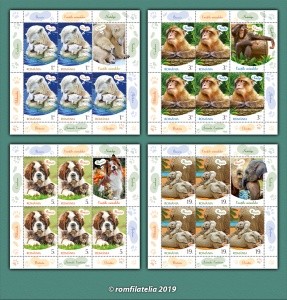 The animals of the Ursidae family are massive animals, preferring to spend most of their time looking for food, not being adapted for speed, because they have a thick and muscular body, with thick legs and a massive skull.

The enlarged shape of the muzzle reflects a developed sense of smell that helps it to feed, and the sight and hearing are less important aspects, visible traits because the eyes and ears are relatively small. The polar bear is a good swimmer, using his front paws as rows, being able to swim for several hours.

The females give birth between November – January, a delicate time in which the pregnant women retreat to a snow forest and bring the babies (usually two) to the world, to whom they are very dedicated, breastfeeding for several months. When the young ones grow up and are old enough to venture on the ice, the mother takes them out of the trough to practice crucial survival techniques early, for two and a half years.

The friendship and closeness between two species that are renowned for their lack of tolerance for one another are captured in the image the stamp with the face value of Lei 5, featuring three European kittens and a Saint Bernard dog that protects them.

The dogs of the Saint Bernard breed are large in size and are native to the Swiss Alps. The breed became famous in the 19th century, being used, due to its remarkable power and sense of orientation, to save travelers who were wandering or snowing in the alpine passages. The name comes from the Great Saint Bernard Pass, where a famous breed representative lived, the dog Barry, who, between 1800 and 1812, saved 40 human lives, being considered the national dog of Switzerland.

The dogs of this breed have a very gentle temperament, sensitive and very attached to the master.

In the same stamp appear three European cats, also called European with short hair or „common cat”, one of the oldest, the most widespread and the purest breeds of cats, which appeared and developed by natural means.

Weighing up to 6.3 tonnes at maturity, elephants are among the largest land animals, large consumers of food and water, ingesting amounts reaching up to 150 kg of food and 160 l of water per day.

The trunk is one of the main organs that shows how they manifest, using it to express affection, ward off obstacles, save other elephants stuck in the mud, or raise a newborn baby and put it on its feet in the first minutes of life.

The elephants communicate by touch (they greet by clenching the trunks), by sounds (some infrasounds can be received from 4 km) and gestures (the lifting of the horn can be a threat). Very sociable animals, elephants are very intelligent, they learn quickly, aspects that hastened their domestication and their bond with humans.

African elephants are spread throughout sub-Saharan Africa and tropical forests in Central and West Africa and live up to 70 years, more than any mammal, except humans.

Researchers who spent more time studying elephants were surprised by the emotional depth of these animals, noting their surprising understanding of the phenomenon of death and the pain they felt when losing a group member.

It is very good at swimming due to the hydrodynamic shape of the body, and it is used when hunting. The whiskers are very sensitive and help feel the prey in the water.

The gray seal hunts alone, but when it comes to the shore, it prefers to stay in groups, which is a means of defending itself from predators. At maturity, it measures up to 3.5 m and weighs 300 kg, with a life expectancy of approximately 40 years.

Romfilatelia thanks the “Grigore Antipa” National Museum of Natural History from Bucharest for the documentary support given to this postage stamps issue . 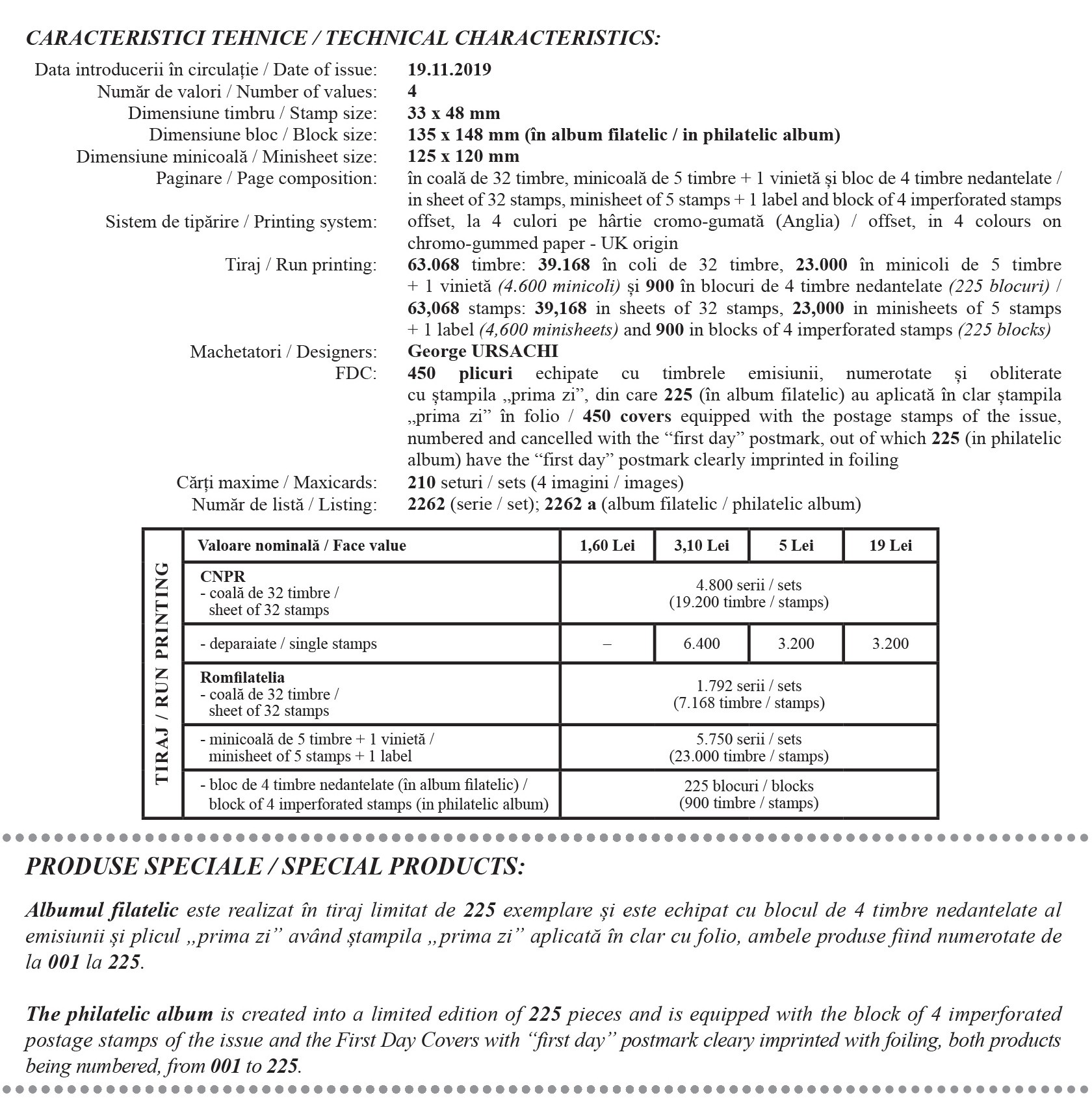