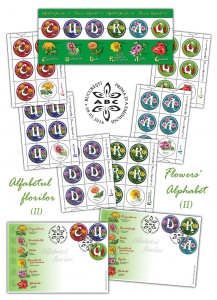 March 8 brings each year one of the most awaited spring celebrations – International Women’s Day, a symbolic testimony of respect, appreciation and love for the female representatives. Although the feast has had various interpretations depending on the region where it is celebrated, its overall significance refers to the economic, political and social achievements obtained by women over time. However, the current version of the International Women’s Day was adopted in 1977, when the United Nations General Assembly proclaimed the day of March 8 as the United Nations Day for Women’s Rights and International Peace, thus marking the beginning of a tradition in many countries in Europe and the United States.

In celebrating International Women’s Day, Romfilatelia invites the general public to a symbolic manifesto for women everywhere and dedicates to all the ladies a philatelic bouquet of flowers, found in the latest postage stamp issue called Flowers’ Alphabet (II) CU DRAG (With Love). The issue can be purchased starting with Tuesday, March 8th, 2016, in Romfilatelia’s stores in Bucharest, Bacau, Brasov, Cluj-Napoca, Iasi and Timisoara.

Each of this project’s stamps depicts a head letter intertwined with a flower, the entire issue forming the words “CU DRAG” (With Love). Likewise, the issue completes the one in 2015, with a similar title, where the postage stamps have formed, in the same manner of expression, the word “TIMBRE” (Stamps).

The expression “CU DRAG” (With Love) is formed by the six stamps of the issue, each letter being the initial of the flower illustrated on the respective stamp, as follows:

The six stamps of the issue Flowers’ Alphabet (II) CU DRAG (With Love) are completed by two first day covers, and as page composition were used the sheet of 28 stamps, the minisheet of 5 stamps +
1 label and the block of 6 stamps + 6 TABS.

Romfilatelia thanks the Romanian Academy Institute of Biology for the documentary support granted in the creation of this postage stamp issue.