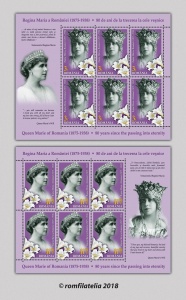 Beautiful country I have seen united, the fate of which I have shared for so many years, whose ancestral dream I have dreamed in my turn, and I have been allowed to see it fulfilled. Be thou eternally abundant, be thou great and honourable, stand forever glorious among other nations, be honest, beloved, and understood…

Marie Alexandra Victoria of Saxe-Coburg and Gotha, Princess of Great Britain and Ireland, was born on October 29th, 1875 in Great Britain. Her father, Alfred of Edinburgh, Duke of Saxa Coburg-Gotha, was the second son of Queen Victoria of Great Britain, and her mother, Great Duchess Marie Alexandrovna Romanova, was the daughter of Tsar Alexander II of Russia. Marie spent her childhood and adolescence close to nature, at the Eastwell Park family residence, in Kent County. In a princely setting, surrounded by a beautiful park and a wonderful forest, with vast pastures, having her brother and her three little sisters next to her, Marie has fully enjoyed the joy of childhood. Ingenuous games included the “queen” role play, which over the years has turned into reality.

Covenants on the status of royal houses made it that in the year 1892, when Marie was 17 years old, the future King Ferdinand and the beautiful princess got engaged. On January 10th, 1893, the marriage took place in Sigmaringen, the witness of the union being Emperor of Germany, Wilhelm II, in person.

After marriage, arrived in Romania, the young married couple received a warm welcome. Here, together with Ferdinand, the crown Prince of Romania, Princess Marie will be a mother, politician and host of the princes and kings of Europe who will be guests of the Romanian Royal Family, but also emissary and guest to the royal courts, proving tact, but also boldness.
After the death of King Carol I in 1914, Marie became Queen, alongside King Ferdinand.

Queen Marie “embodied the highest aspirations of the Romanian consciousness. By the way in 1916 influenced Romania’s entry into the war and again in 1918, when almost only thanks to her, King Ferdinand did not ratify the disastrous peace in Bucharest, the Queen settled as a founder of the Great Romania, and as one of the greatest figures of our national history”,
as Constantin Argetoianu wrote.

The effective participation in the battles carried out in Moldova, in hospitals full of injured warriors, gives the sovereign the name of “The Mother of Injured Fighters”. She has remained for all those who have seen her, both in visits to hospitals, among the hundreds of sick people and on the front, among the wounded soldiers, a symbol of unwavering courage.

Queen Marie has conquered the hearts of all Romanians by naturalness, elegance and intelligence, by dedication and kindness, but above all by the love for her country. She always knew to get herself conspicuous, appreciated and loved. She appreciated the Romanian folk costume she often dressed in, peregrinating through the country.

The Queen passed away on July 18th, 1938, at Pelisor Castle. Her desire was to live the last moments in the country to which she dedicated her whole life.

She demanded by testament that her body be buried in the episcopal church of Curtea de Arges, but that her heart be kept in a shrine at the Stella Maris chapel of the Balchik residence.

After the surrender of the Cadrilater (the Southern part of Dobruja) in 1940, the Queen’s heart was moved to Bran. Later, it entered into the patrimony of the National History Museum of Romania, for 44 years.

In 2015, the heart of Queen Marie returned to Pelisor, the place where it had beaten for the last time.

Remember, my People, that I loved you
and bless you with my last breath.

Romfilatelia would like to thank the management and the team of Peles National Museum and the Orthodox Archiepiscopate of Alba Iulia for the support granted for the achievement of this postage stamp issue and the philatelic album. 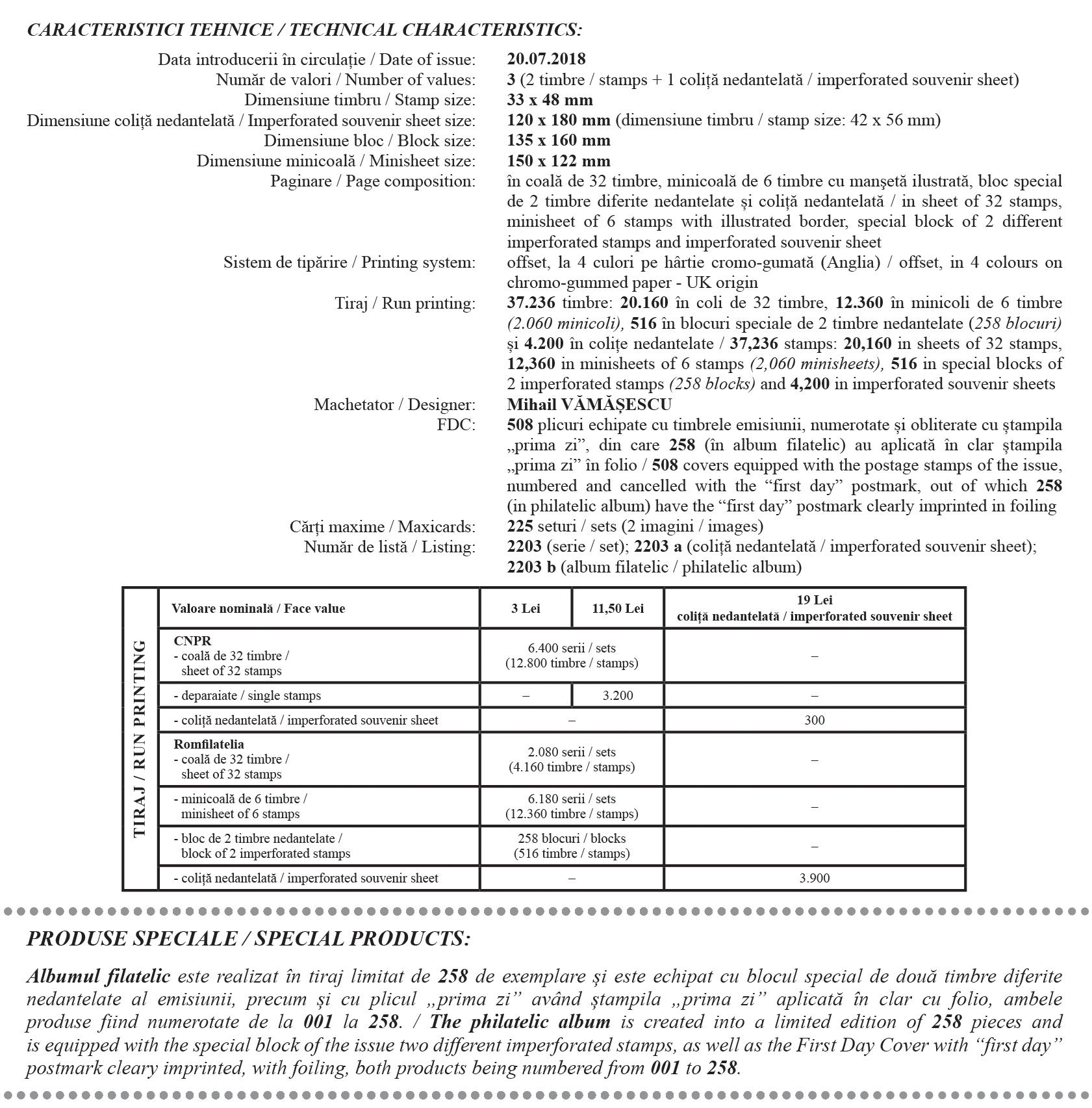