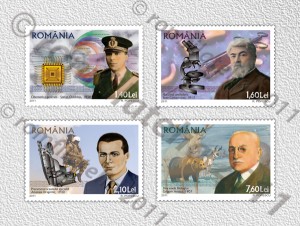 Either it is about cybernetics, virology, aviation or museum modernization, all these world priorities achieved by the Romanians and illustrated on the postage stamps issue made the respective domains develop.

The father of general cybernetics – Stefan Odobleja (1902-1978), after having finished his high school studies in Turnu Severin, obtained a scholarship at the Faculty of Medicine of Bucharest. Ever since his college days, he was preoccupied with the scientific activity and dedicated himself to the researches in the field of neurology.

Odobleja’s originality and clear-sightedness exceeded by far the patterns and models of traditional scientific knowledge.

His name is written in gold letters in the history of the newest and most revolutionary sciences of the 20th century – Cybernetics.

His monumental work Consonantic psychology (Psihologia consonantista) (1938-1939) is the first variant of a generalized cybernetic conception preceding by one decade the contents of Norbert Wiener’s book, Cybernetics (Cibernetica).

The anti-cholera vaccine was invented by Ioan Cantacuzino (1863-1934), academician, physician, microbiologist, academic professor and founder of theRomanianSchool of immunology and experimental pathology.

In 1913 campaign (Second Balkan War), Cantacuzino led the first massive anti-cholera vaccination in the world in the infectious foci, known today as the “Great Romanian experience”, that saved thousands of lives and he initiated measures to fight the cholera epidemic.

The inventor tested his invention on Paris-Orly airport in August 1929, the invention being appreciated by the French press as essential for aviation.

In October of the same year, 1929, A. Dragomir also tested his “catapulted cockpit” onBucharest– Baneasa airport. It will be patented inRomaniaas late as 1950.

Biological dioramas were created for the first time in the world in Bucharest, at the Museum of Natural History, by Grigore Antipa (1867-1944), the manager of the museum between 1893 and 1944.

Appeared as a total novelty in 1907, the biological dioramas made part of Antipa’s museological innovations regarding the organization, the manner of display, the arrangement and explanation of collections in a museum of natural history all of these stirring up the interest of specialists from Europe and the United States, where older museums than the one from Bucharest, quickly adopted the invention.

The first dioramas presented aspects of life on the peaks of the Carpathians, from hill forests, in Baragan, and also from the floodable area of the Danube Delta. Besides the dioramas presenting areas fromRomania, in the museum there were also dioramas presenting the fauna from the prairie, tundra, savanna or theSaharaDesert, today kept as dioramas of historical importance.

We thank I.M.C.D.I. Cantacuzino, the State Office for Inventions and Trademarks, “Grigore Antipa” Museum of Natural History and Mr. Stefan Odobleja jr. for the documentary assistance granted in the accomplishment of this postage stamps issue. 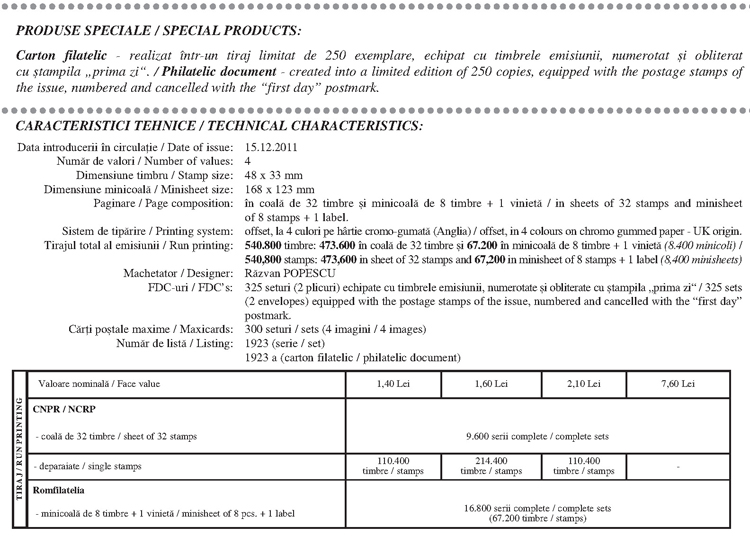