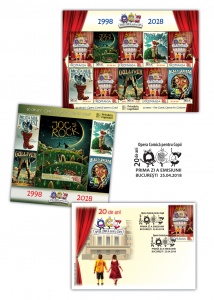 On the anniversary of two decades of activity dedicated to the promotion of culture and national values among children, Romfilatelia introduces into circulation the postage stamp issue, 20 years – The Comic Opera for Children.

The new issue will be available on Wednesday, April 25th, 2018, in Romfilatelia’ own shops network in Bucharest, Bacau, Brașov, Cluj-Napoca, Iași and Timișoara and online on https://romfilatelia.ro/store/.

The postage stamp of the issue, with a face value of Lei 8, illustrates the specific frame for the shows dedicated to the small ones, alongside with the institution logo.

The stamp of the perforated souvenir sheet, with the face value of Lei 16, reproduces the poster of the Joc si rock (Play and Rock) show, adaptation after the Crai nou (New Moon) operetta by Ciprian Porumbescu (1853-1883).

The Comic Opera for Children succeeds in combining the highest quality cultural representation with the national values, so much necessary in childrenʼs lives.

The Centenary of the Great Union of Romania is also the year in which the Comic Opera for Children reaches two decades of activity. In order to mark the anniversary event and the 100 years of national unitary state, the cultural institution produces five Romanian reference titles in the field of performing arts, made by Romanian creators: the operetta Joc si rock, adaptation after Crai nou, by Ciprian Porumbescu, lyrics by Vasile Alecsandri, the musical Gulliver, music by Marius Teicu and the libretto by Silvia Kerim, the opera Motanul incaltat (Puss in Boots), music by Cornel Trailescu and the libretto by Tudor Musatescu and Nina Stoiceva, as well as the ballet performances Snow White and the Seven Dwarves by Cornel Trailescu and The Prince and the Pauper by Laurentiu Profeta.

Crai nou, the opera which formed the basis of the Joc si rock show, represents the swan song of a talented composer that could become an author of extremely valuable lasting works – Ciprian Porumbescu, one of the most famous and appreciated Romanian composers. Born in Sipotele commune, near Suceava, Ciprian Porumbescu began his musical training in the family, under the guidance of his father, who was a priest. He later attended the theological seminary in Cernauti, where he deepened his studies with Isidor Vorobchievici, the author of the first Harmony Handbook in Romanian language.

On the occasion of the Centenary of the Great Union, the Comic Opera for Children set up this operetta for the first time in Bucharest, under the name of Joc si rock, directed by Maestro Cristian Mihailescu, the premiere being on February 2nd, 2018.

The postage stamp issue is completed by a First Day Cover, as page composition there were used a sheet of 32 stamps, a minisheet of 5 stamps + 5 labels and a perforated souvenir sheet.

“This is the way in which we present ourselves after 20 years, and this full dress that is viewed by more than 10,000 spectators every month was tailored with hard work, dedication and much love for you! We grow every day with every show! We have a trustworthy audience, we have beauty admirers, and every day we have the hope that what we are building here and now will survive and will have echo over time.”

Manager of Comic Opera for Children 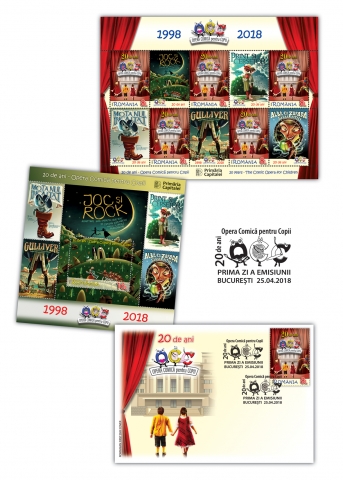 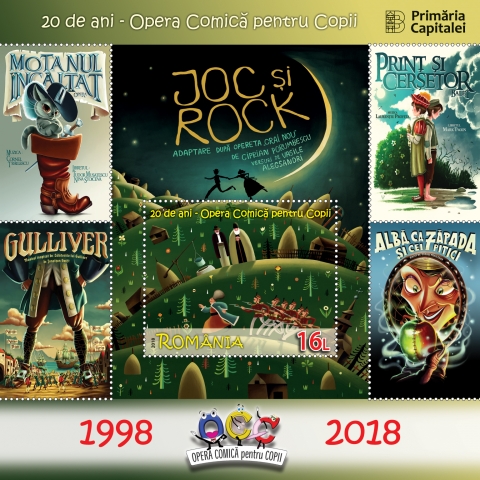 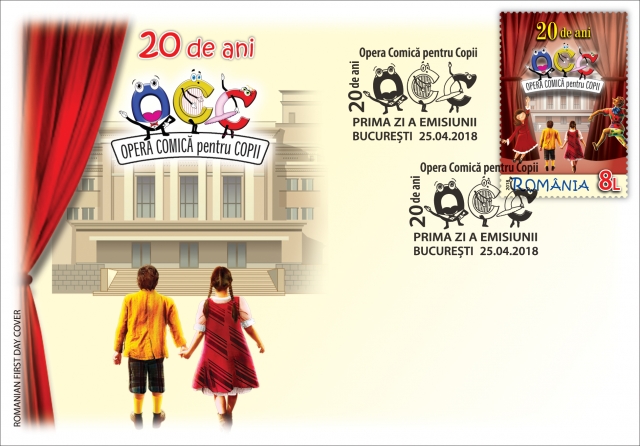 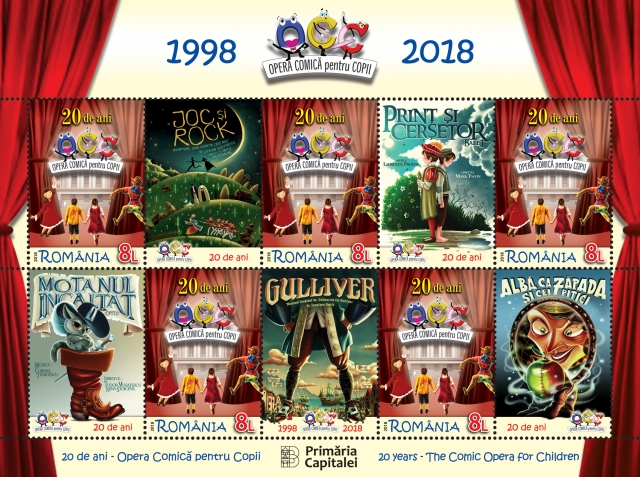 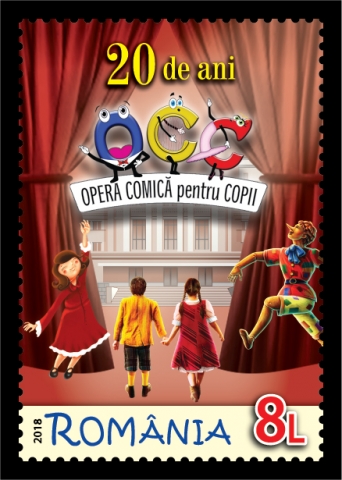