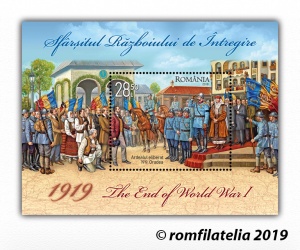 Romfilatelia introduces into circulation on Tuesday, July 9th, a postage stamps issue with a historical subject: 1919, The End of World War I, materialized in the form of a perforated souvenir sheet with a stamp that has a face value of Lei 28.50. The graphic alongside the image of the postage stamp replicates the painting depicting the reception of King Ferdinand and Queen Mary in Oradea in the year 1919. Valentin Tanase is the author of the painting that is located in the Hall of Council of  the Oradea City Hall.

After the battles of Marasti, Marasesti and Oituz in the year 1917, the Romanian army resisted the offensive attacks of the German troops heroically. In November 1918, the armistice ended the First World War. For Romania, the situation is totally different. On December 1st, 1918, Transylvania joined the Kingdom of Romania, after Bessarabia and Bucovina. The ongoing state of war was not wanted, but it was imposed by the Union’s opponents. Working in a legitimate defense following the attacks by the Republic of Councils in Hungary (April-May and July-August 1919), the Romanian army defeated its adversary by occupying Budapest on August 4th-6th, 1919. The war against the Bolshevik troops was appreciated by Nicolae Iorga: “In Budapest we did not seek to offend the pride of a nation often linked in history with ours …, but we have affirmed our right to Transylvania, where our nation relies seniority of the people living there, numerical preponderance, geographical necessity and especially the freely expressed will of most of its inhabitants, today equal entitled citizens of the Romanian state”. 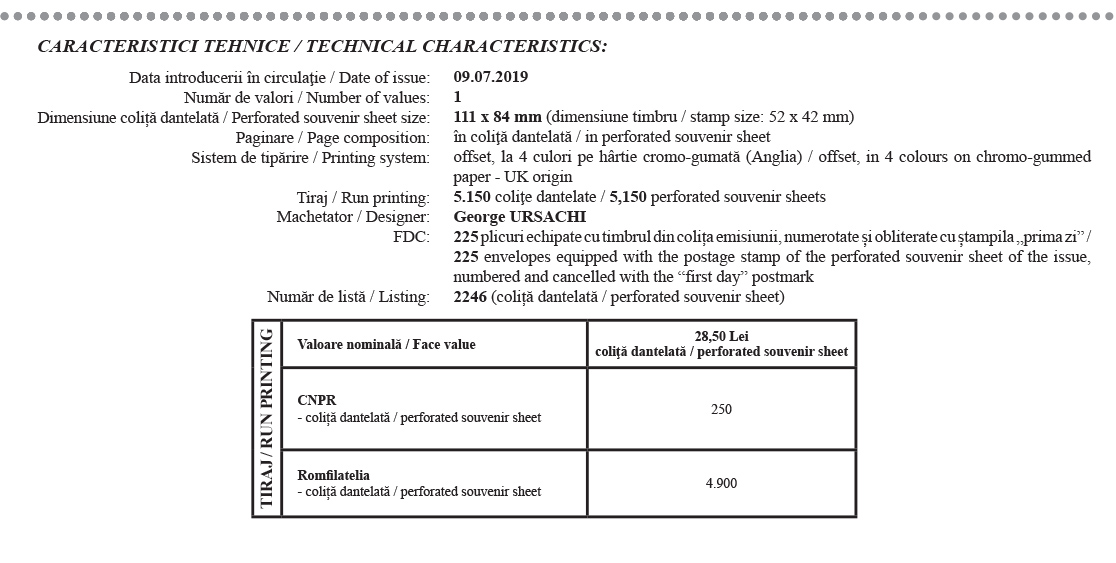