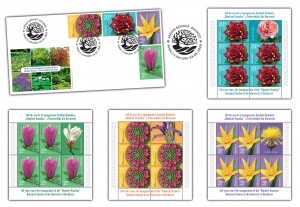 Known for its flowers reminiscent of lily flowers, this species of Magnolia has a spectacular flowering, especially when planted in sunny spaces. The splendid flowers, on the outside pink or purple and on the inside white, have a soft smell and can reach up to 13 cm in diameter. They appear in the spring simultaneously with the leaves (while in other magnolias the flowers appear before the leaves).

The small funnel-shaped flowers, cream or pink, with reddish lines in the middle, appear in spring and sometimes in late summer. A widespread species in central Mexico, it forms large populations in rocky areas.

It is an extremely delicate plant, which opens its corolla only when it is sunny. The flowers are small, 2-3-5 cm long, before flowering droopy, when flowering erect, weakly odorous. The yellow tepals are pointed, so that the open flower looks like a star.

Dwarf rose variety, mini/rose obtained in 2000 by W. Kordes & Sons. Highly appreciated for the lightly scented flowers, with dark red cherry petals crossed by yellow streaks. The colour turns white as the flowers mature. The flowers begin to open in May-June, the flowering extending throughout the summer until late autumn.

The postage stamps issue “160 years since the inauguration of the “Dimitrie Brandza” Botanical Garden of the University of Bucharest” will be available on Tuesday, March 3rd  2020, in Romfilatelia’s shops network in Bucharest, Bacau, Brasov, Cluj-Napoca, Iasi and Timisoara and online on https://romfilatelia.ro/store/. 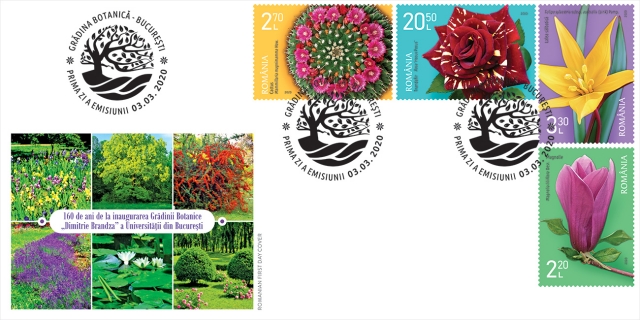 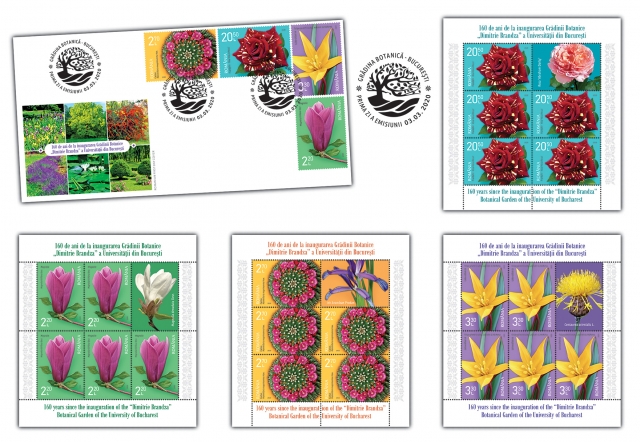 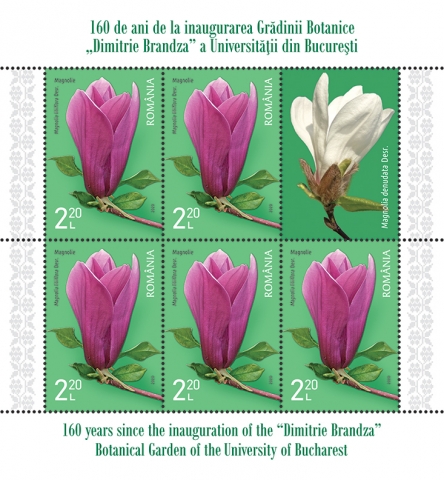 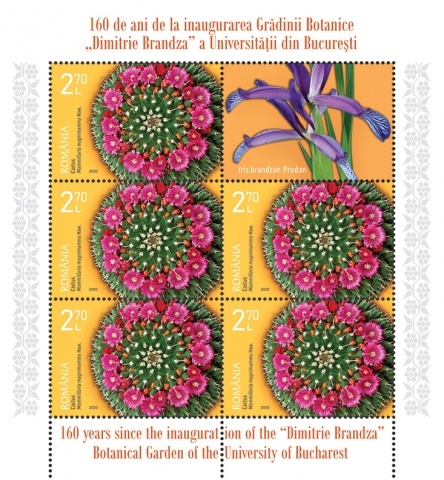 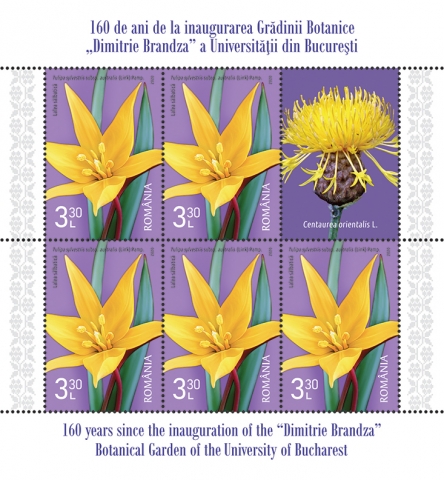 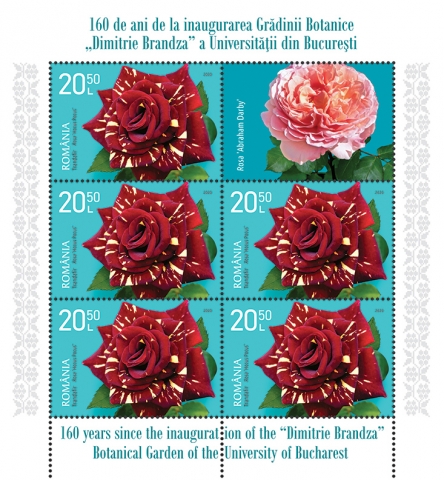 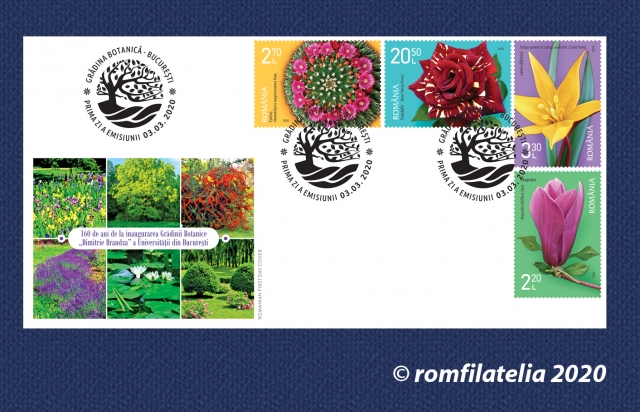 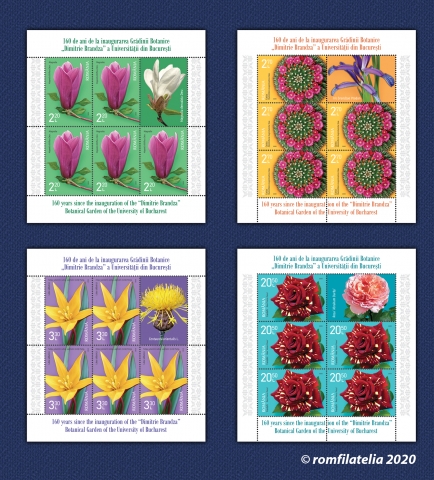 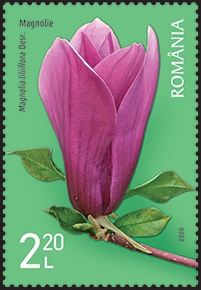 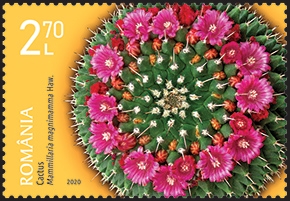 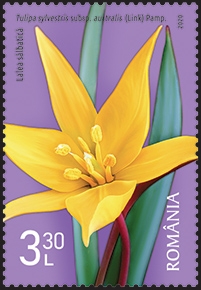 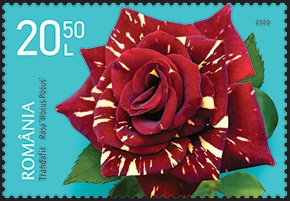 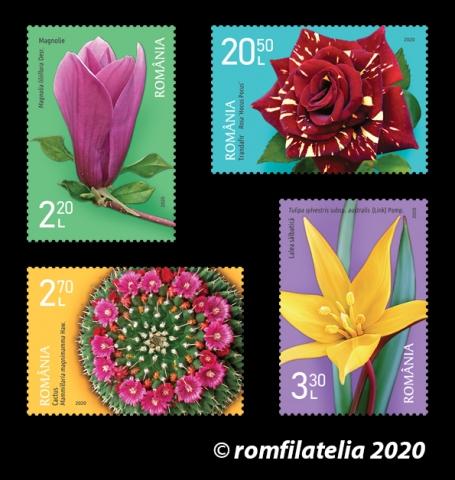