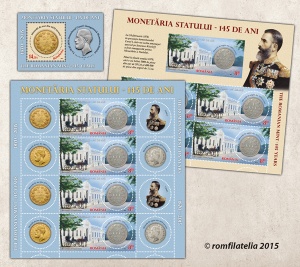 Romfilatelia thanks the Romanian Mint for the documentary support granted in the achievement of this postage stamp issue. 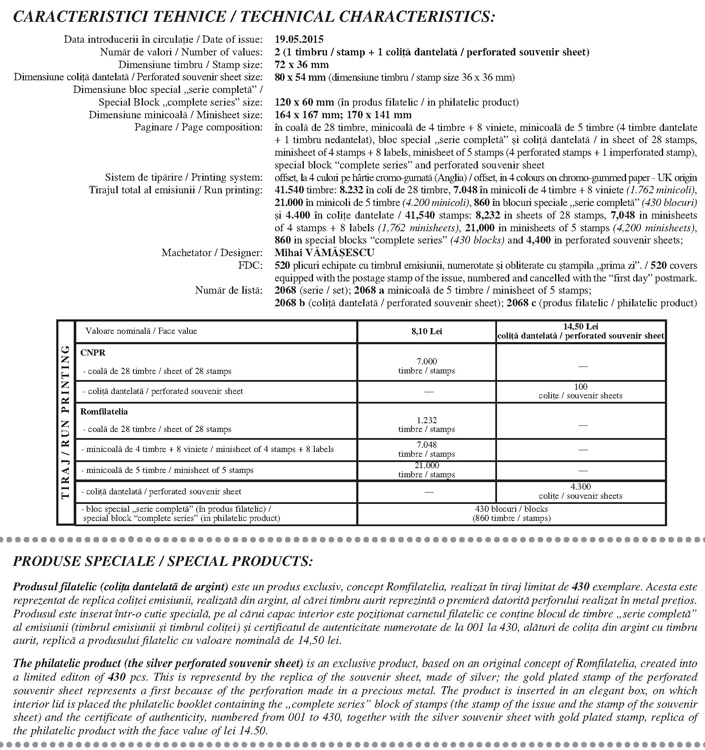