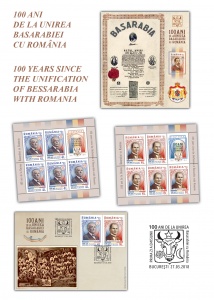 In the year of the Great Union Centenary, Romfilatelia celebrates the return of the Romanians living between the Prut and the Dniester rivers to the borders of the country, on March 27th, 1918, with the postage stamp issue 100 years since the Unification of Bessarabia with Romania. The new issue will be presented on Tuesday, March 26th, 2018, during the solemn session on the 100th anniversary since the Union between Bassarabia and Romania, at the Palace of Parliament.

The new issue will be available on Tuesday, March 26th, 2018, in Romfilatelia’ own shops network in Bucharest, Bacau, Brașov, Cluj-Napoca, Iași and Timișoara and online on https://romfilatelia.ro/store/.

Alexandru Marghiloman (January 27th, 1854 – May 10th, 1925) was a prominent politician for the conservative movement, before 1914. During the war, he remarked himself through his unabated opposition against any alliance with the Tsarist Empire. In March 1918, he was appointed Prime Minister, being involved in the debates for the Union, with the Bessarabian leaders. On March 27th, 1918, before the vote that consacrated the return of Bessarabia to the mother country, he went to Chisinau and held a speech to the Country Council.

Ion Inculet (April 5th, 1884 – November 18th, 1940) was a remarkable Bessarabian politician who, at the end of 1917, established himself as the leader of the national cause. He was elected President of the Country Council, being involved in negotiations with the Romanian authorities from Iasi, to set up a Union strategy.

Pantelimon Halippa (August 1st, 1883 – April 30th, 1979) distinguished himself since the beginning of the twentieth century as a fighter for the political and cultural rights of the Romanians living in the Tsarist Empire. He voted for the Union of Bessarabia with Romania during the historic meeting of the Country Council, on March 27th, 1918, and, afterwards, he participated to the assemblies from Cernauti and Alba Iulia, which perfected the creation of Greater Romania.

The postage stamp issue is completed by a First Day Cover, as page composition there were used a sheet of 32 stamps, a minisheet of 1 stamp + 1 label and a perforated souvenir sheet. 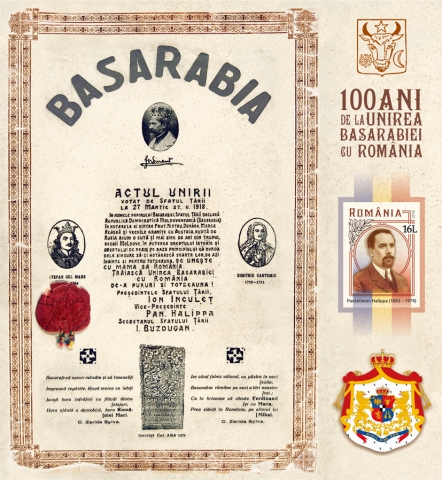 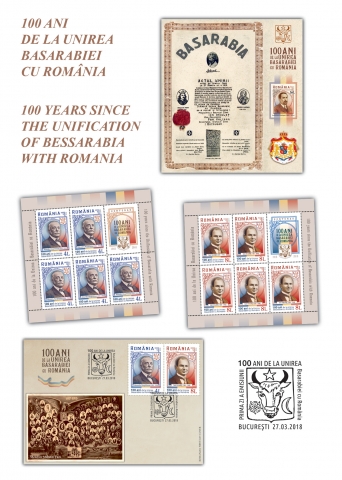 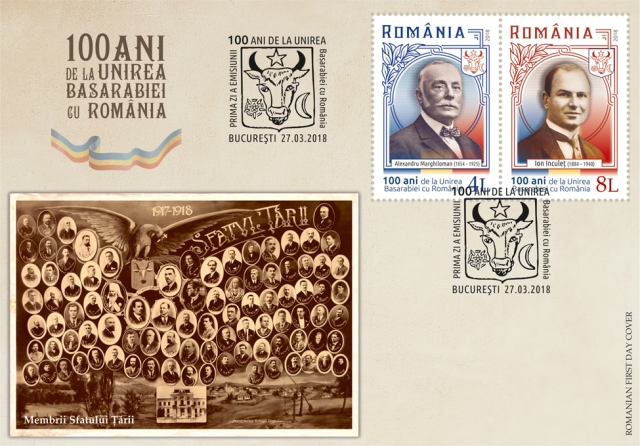 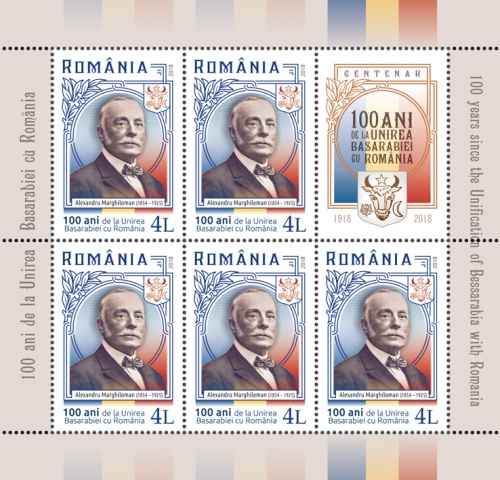 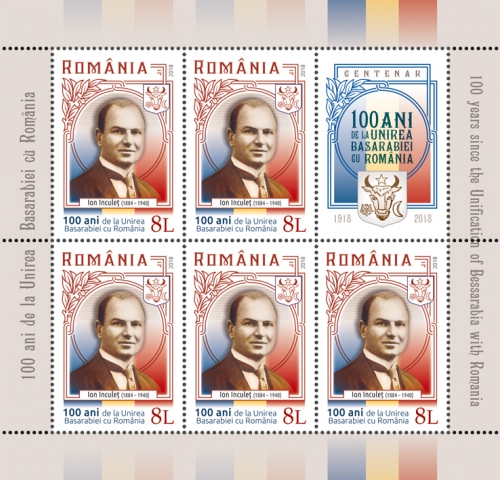