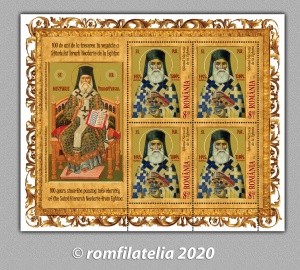 Romfilatelia introduces into circulation on Friday, February 14, current year, the postage stamps issue entitled 100 years since the passing into eternity of the Saint Hierarch Nectarie from Eghina.

Saint Nectarie Thaumaturge is one of the most beloved and most sought after saints recently known, especially as a healer. The miracle-making power that springs from its relics, located at the “Holy Trinity” Monastery on Eghina Island, attracts thousands of believers. Those seeking peace and healing can worship the relics of the Holy Nectarians and at the Monastery “Radu Voda” in Bucharest, where there is a fragment donated in 2002 by a Greek archbishop and kept in a reliquary within a canopy in the church’s fortress.

By bringing this blessed gift, this monastery became “Romanian Eghina”.

Romfilatelia brings thanks to the Monastery “Radu Voda” in Bucharest, for the blessing and the documentary support offered to the achievement this postage stamps issue. 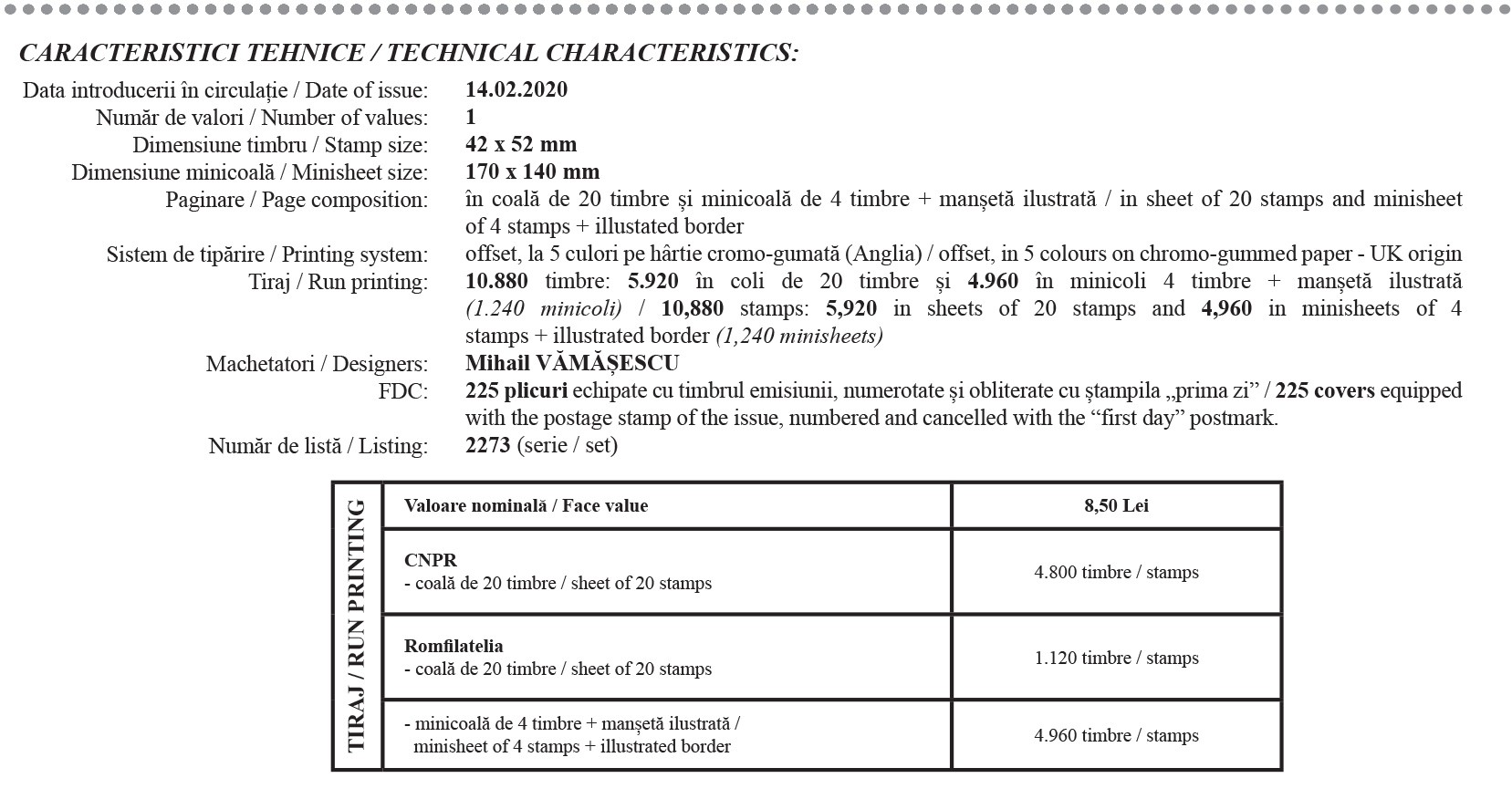