The Romanian University finalized its status between May 12th, 1919 – February 2th, 1920. Thus, on May 12th, 1919, a commission coordinated by Onisifor Ghibu took over the administration of Romanians the entire movable and immovable heritage of the Hungarian University of Cluj. The courses in Romanian were opened on November 3rd, 1919.

The souvenir sheet of the issue, with a face value of 28.50 lei, presents a beautiful picture belonging to the Botanical Garden in Cluj-Napoca, institution that is part of Babes-Bolyai University.

The postage stamps issue 100 years of Romanian higher education in Cluj-Napoca will be available on Friday, November 1st  2019, in Romfilatelia’s shops network in Bucharest, Bacau, Brasov, Cluj-Napoca, Iasi and Timisoara and online on https://romfilatelia.ro/store/. 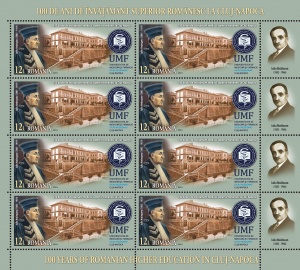 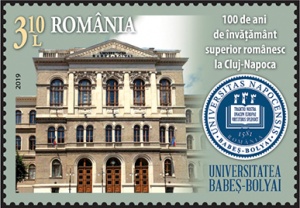 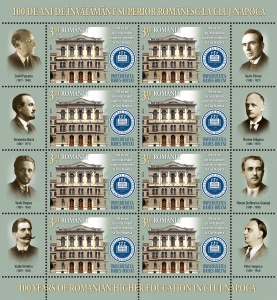 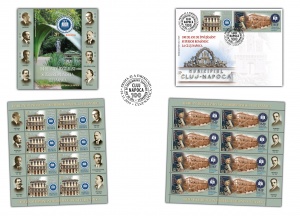 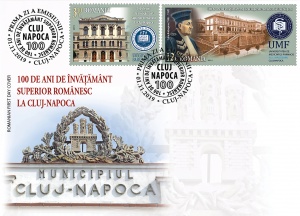 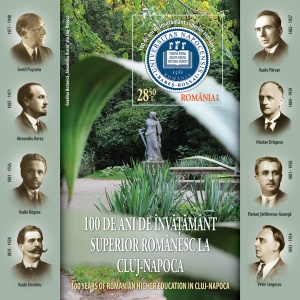