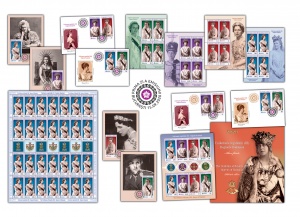 Queen Marie (1875-1938) managed to impose her own clothing style, and in many of the photos we see her in outfits that seem much lighter than those of other sovereigns of the time, but also more avant-garde, which addresses the illustrated fashion of the years 1880-1918, which was naturally due to her numerous visits to Paris. To make the dresses, Queen Marie, as well as her daughters, turned to the famous French fashion designers: Jean Patou, Paul Poiret, Redfern, Cheruite and last but not least Gabrielle Chanel. The traditional folk costume were also appreciated by the Queen, bit it stylized and modernized, without woresed its specific charm. One of the Queen’s favourite jewellery pearl necklace, which also matched the folk costume.

The philatelic album is created into a limited run printing of 275 pieces and is equipped with the special block of 4 perforated stamps + 4 imperforated stamps of the issue and the set of two First Day Covers with the postmark cleary imprinted gold foiling. Both products are numbered from 001 to 275.

The postage stamps issue “The Uniforms of Royalty (III). The Queens of Romania” will be available on Wednesday, September 15th  2020, in Romfilatelia’s shops network in Bucharest, Bacau, Brasov, Cluj-Napoca, Iasi and Timisoara and online on http://romfilatelia.ro/store/. The postage stamps issue is completed by two First Day Covers, sheet of 28 stamps + 7 labels, minisheet of 4 stamps + illustrated border and special block of 4 perforated stamps + 4 imperforated stamps. 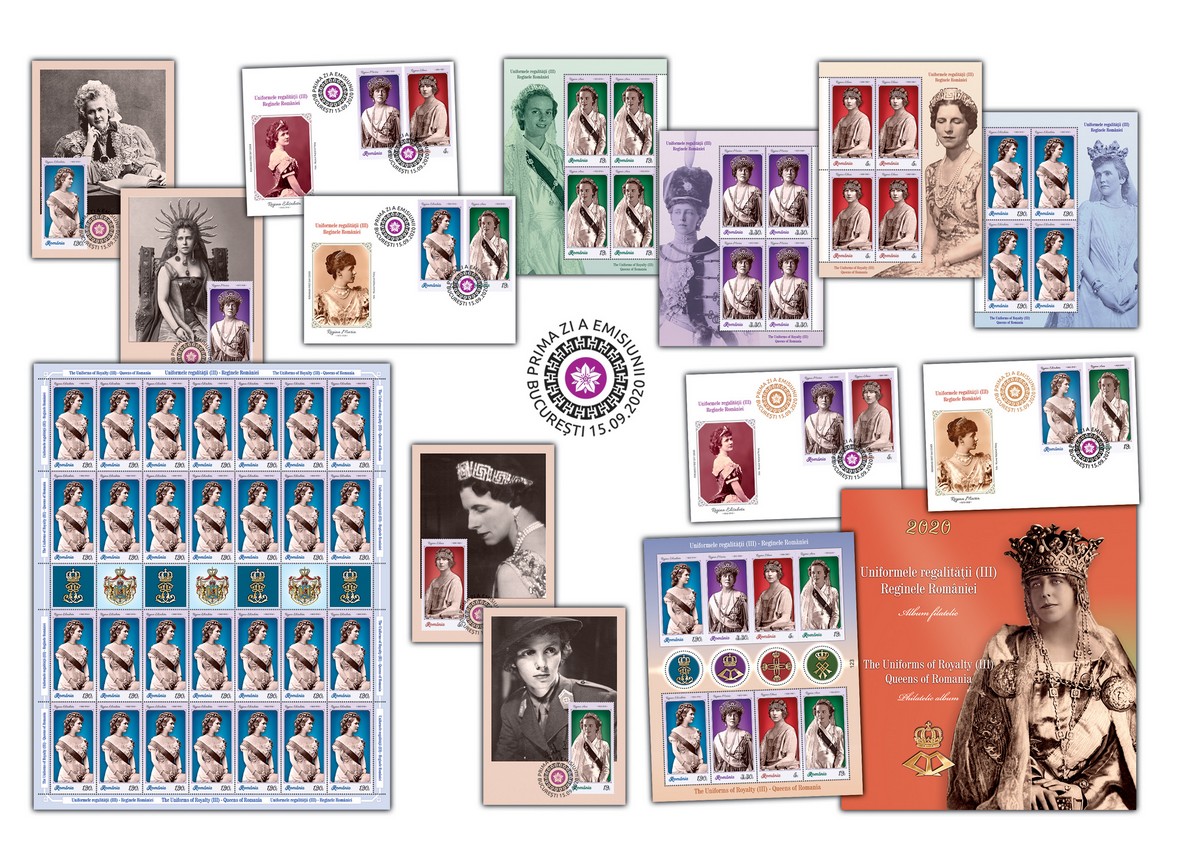 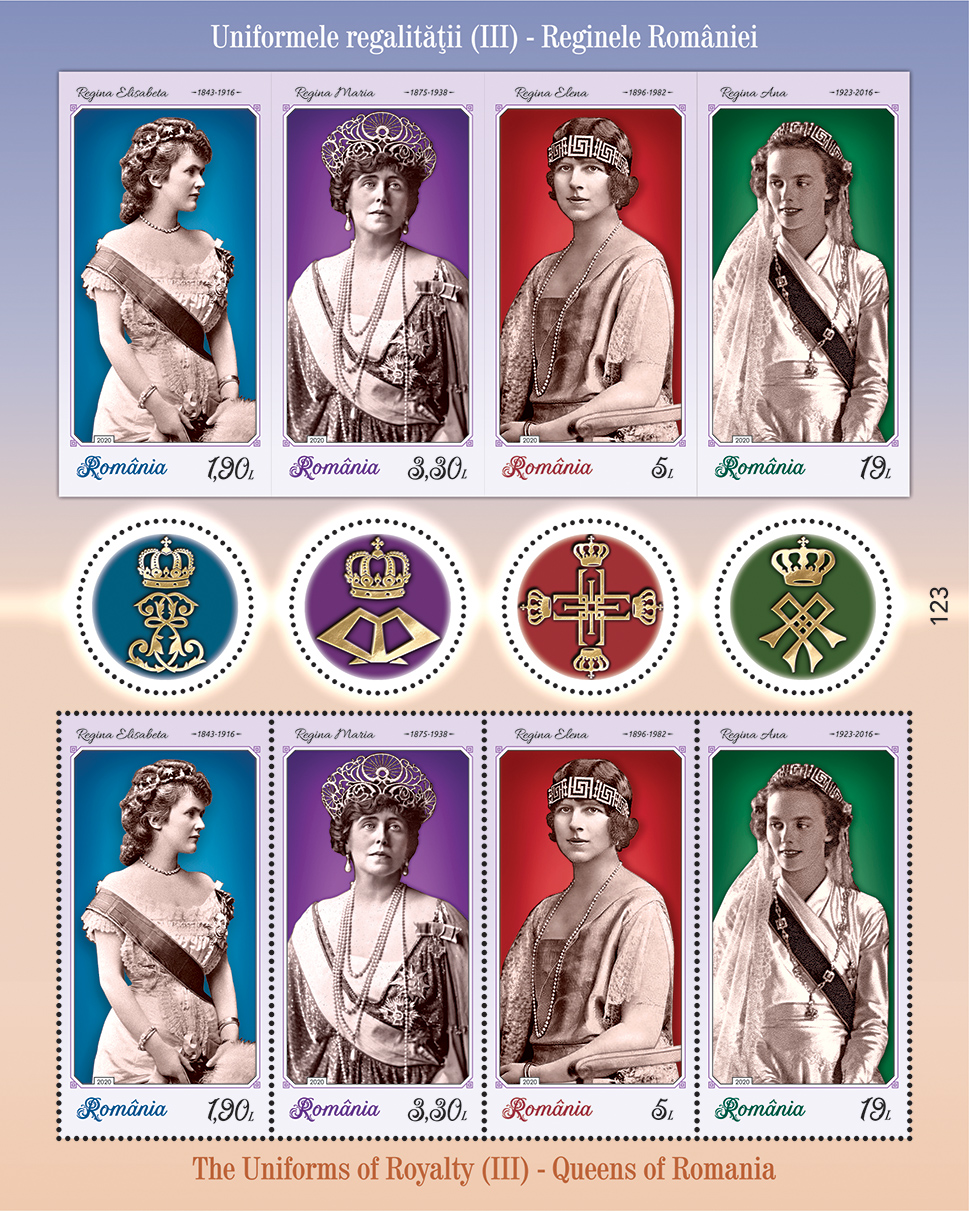 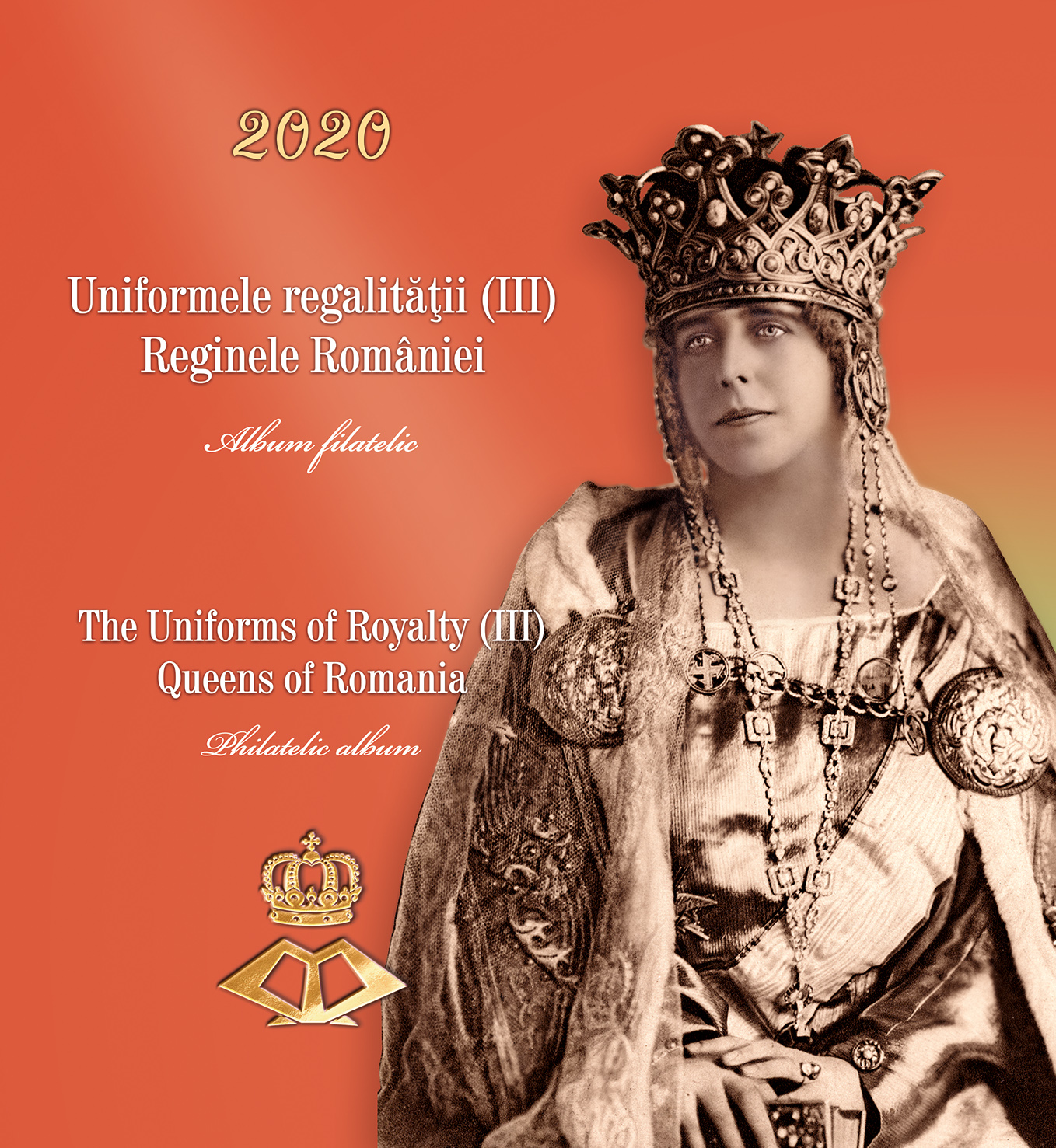 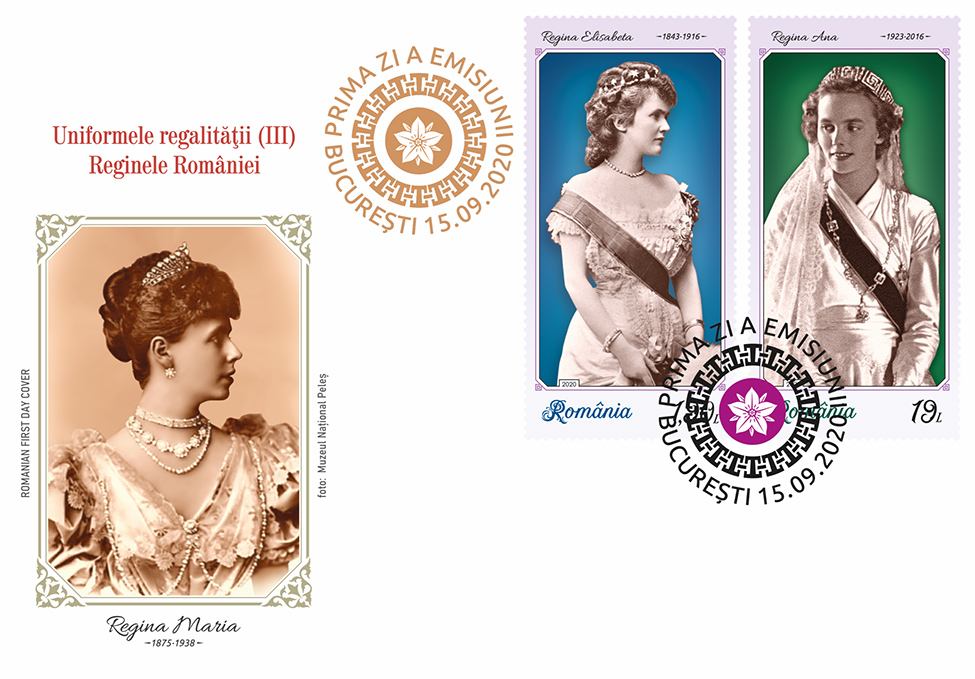 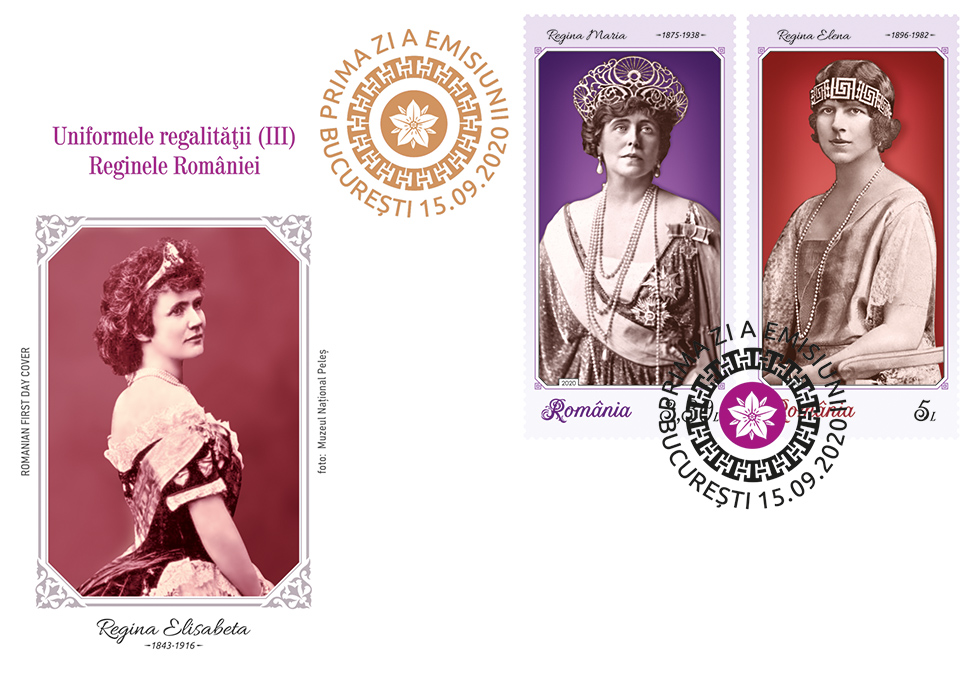 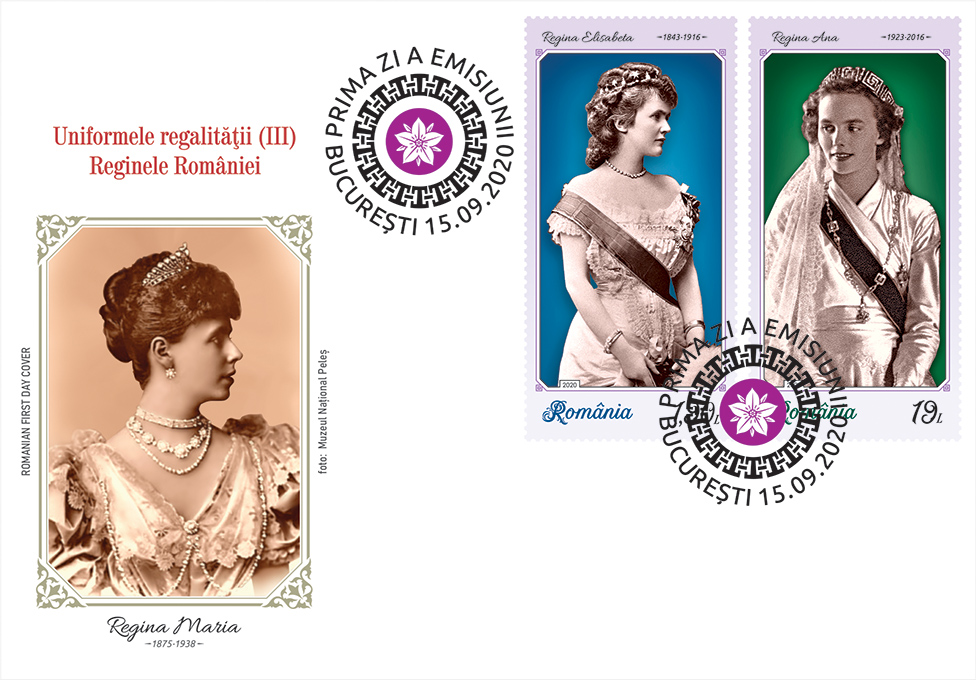 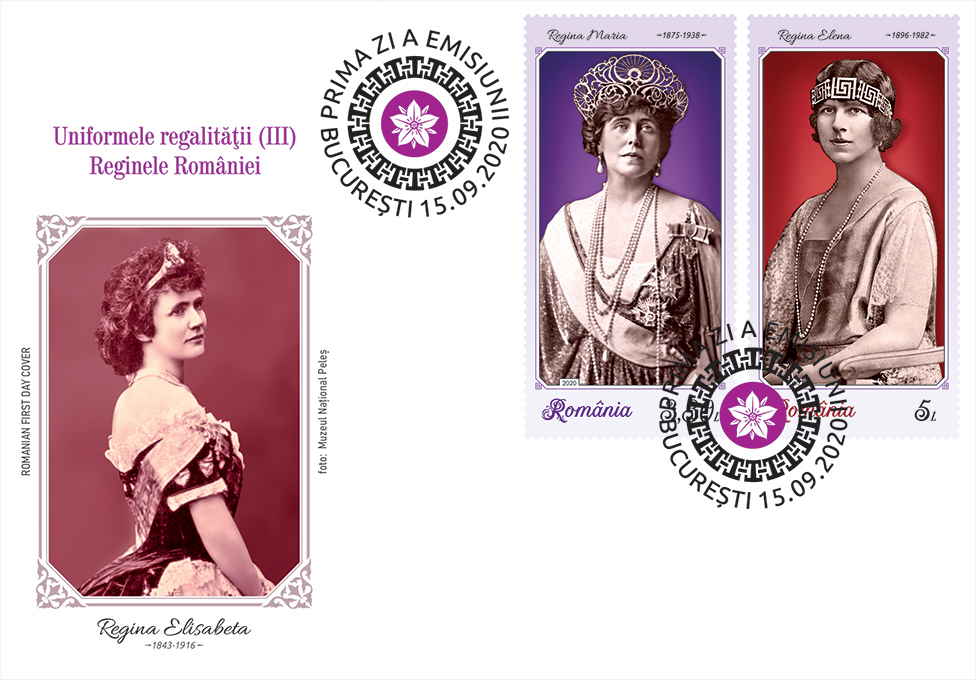 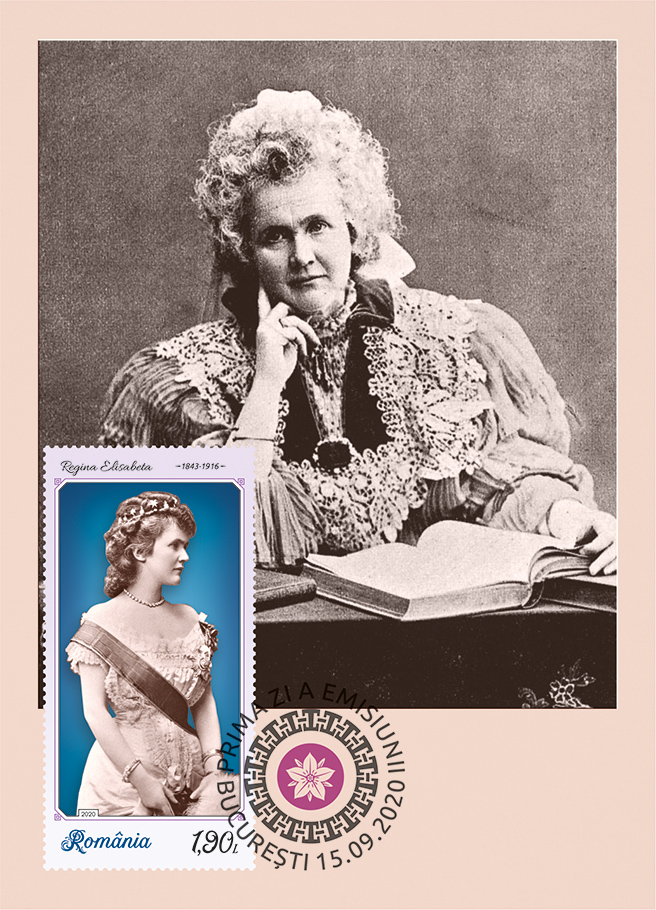 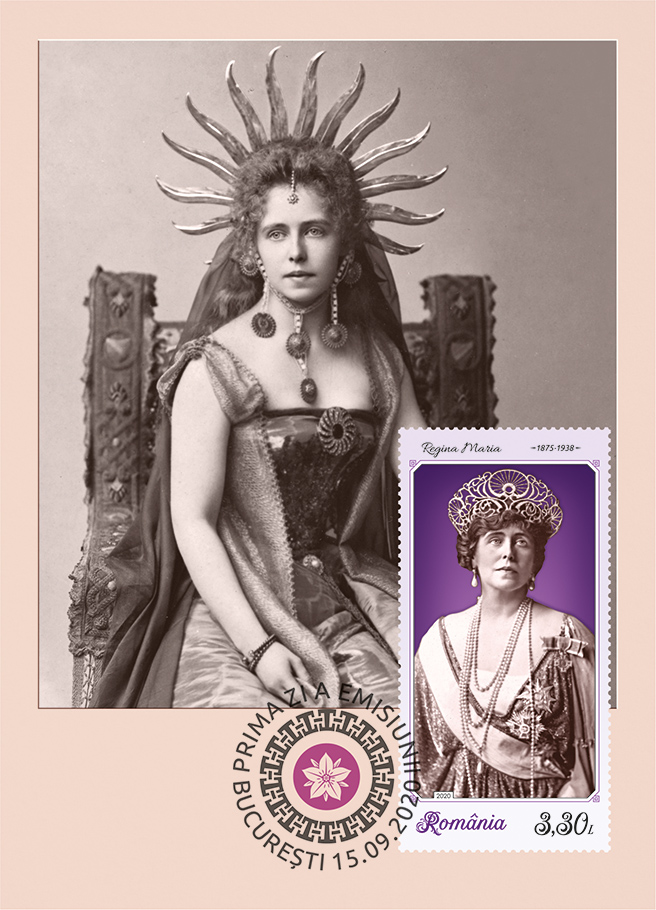 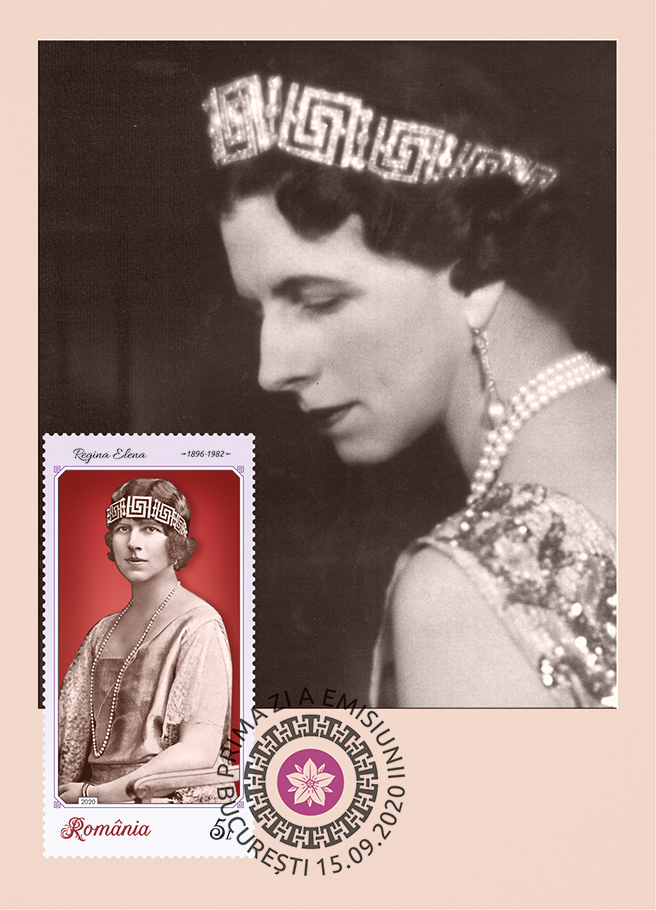 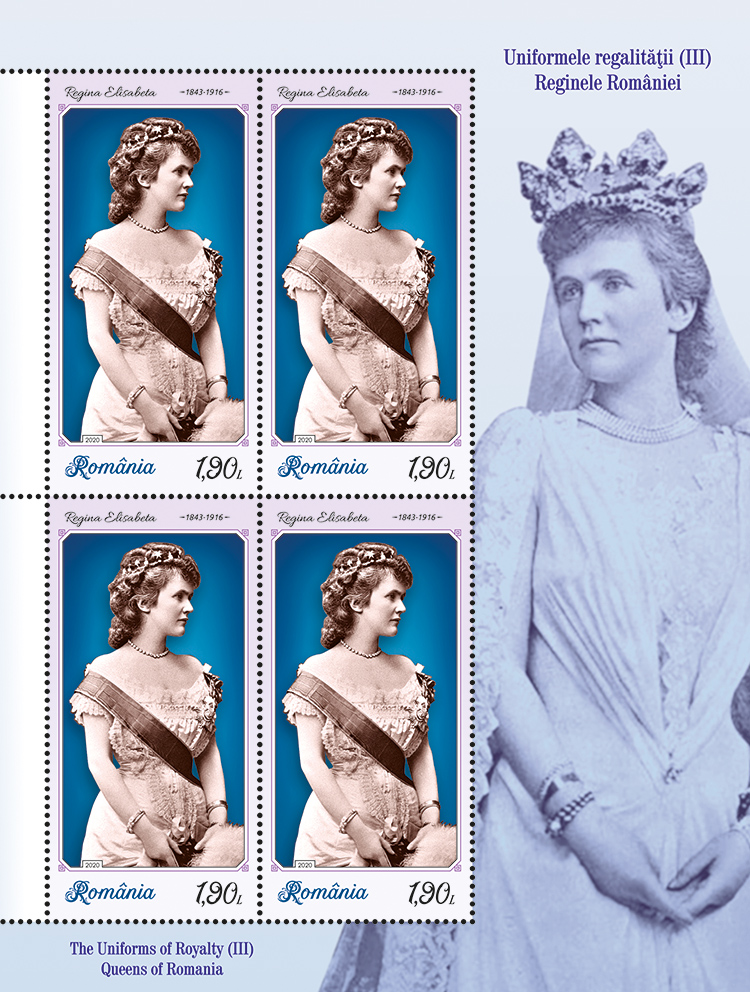 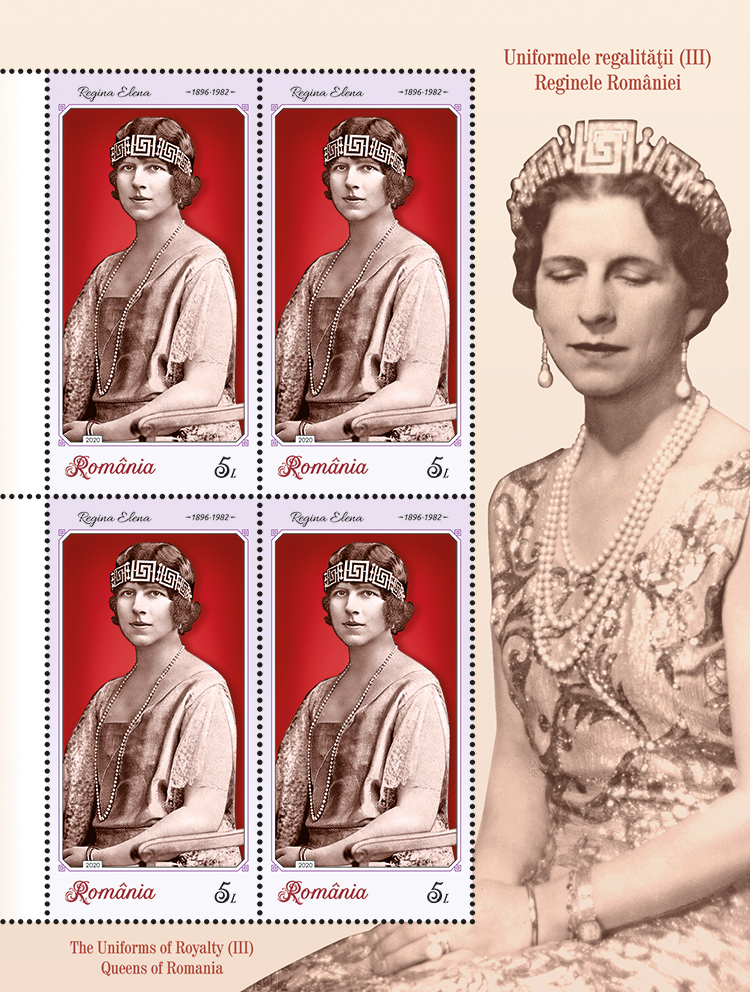 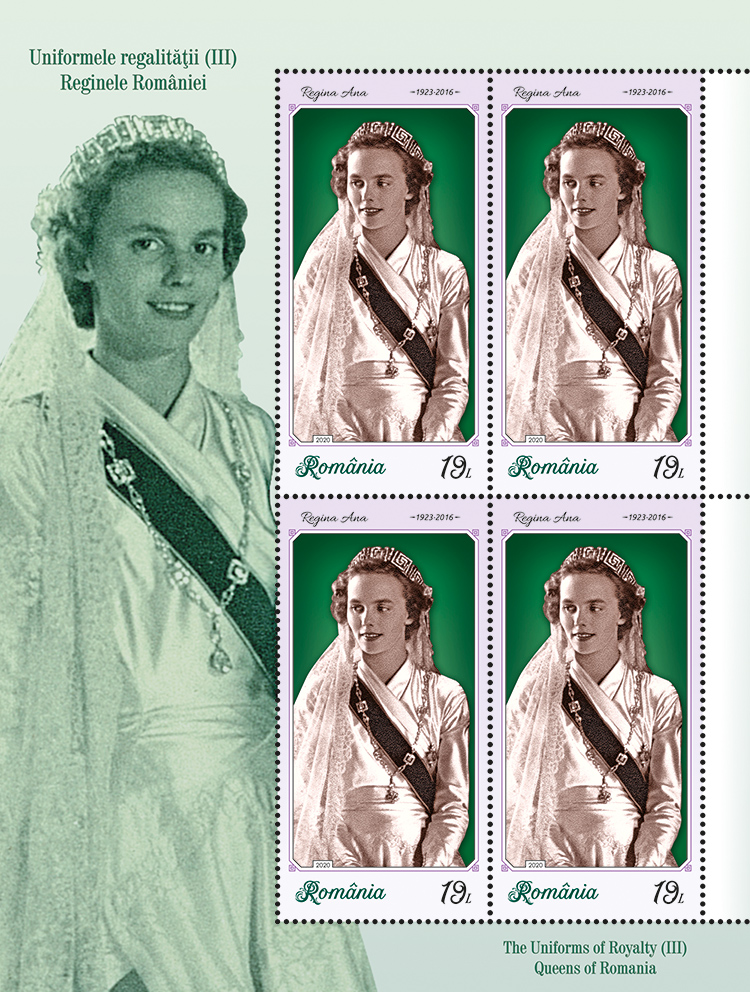 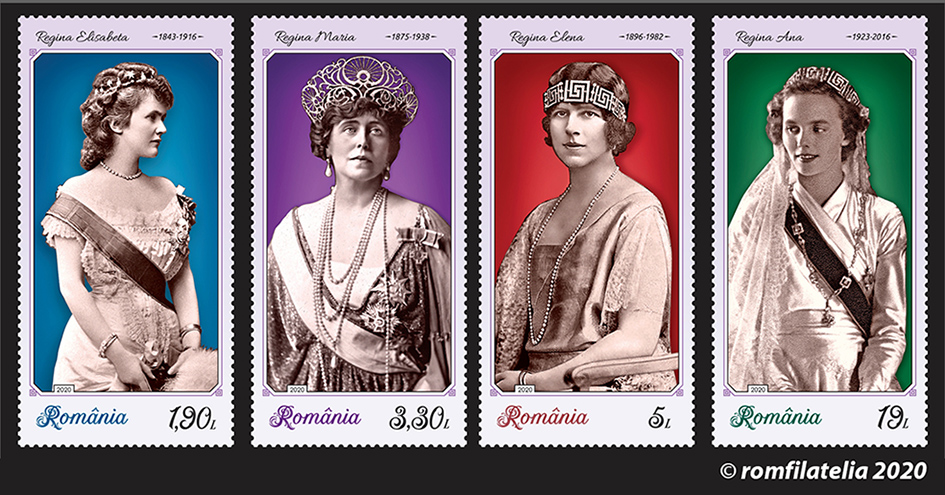 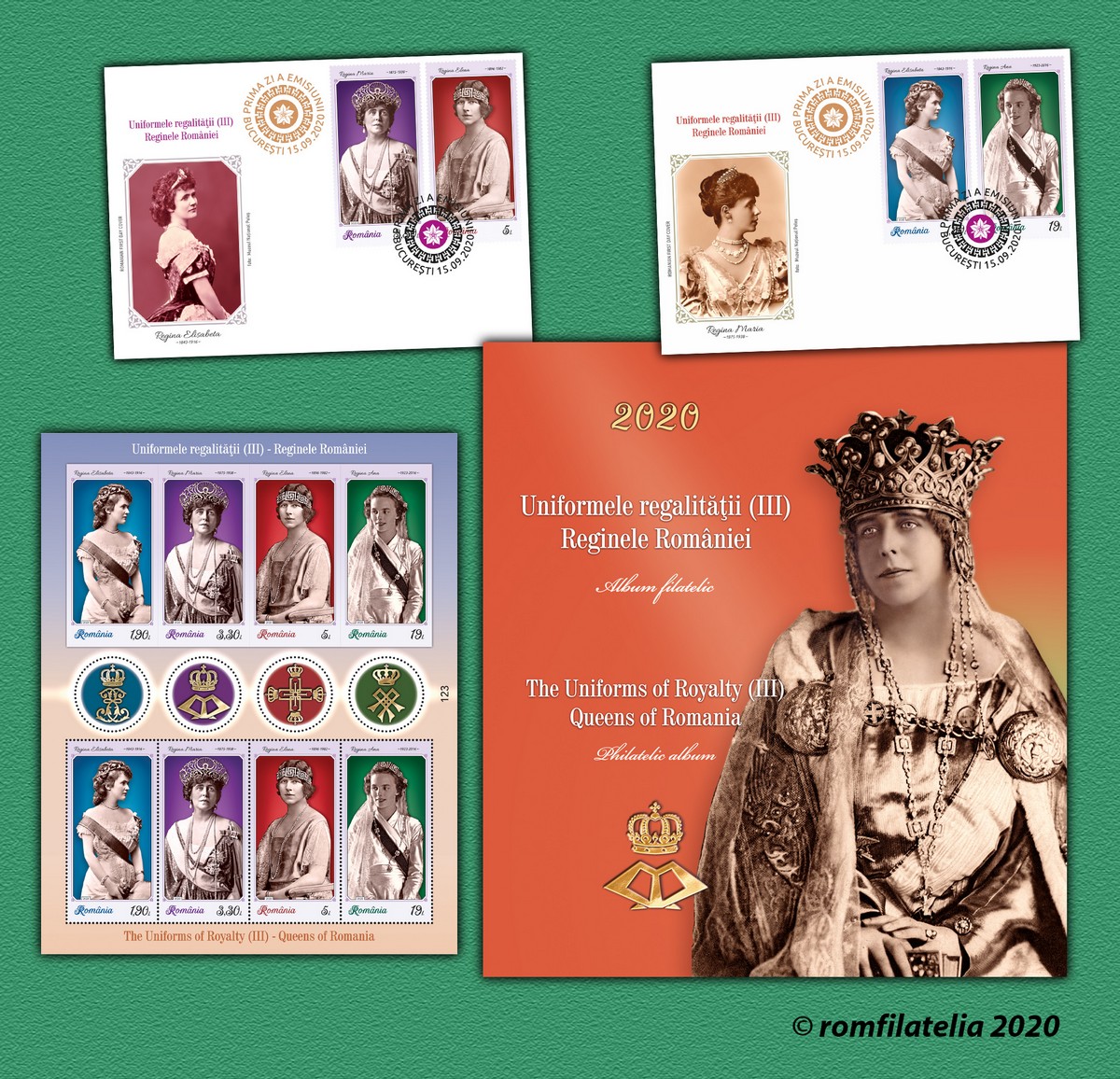 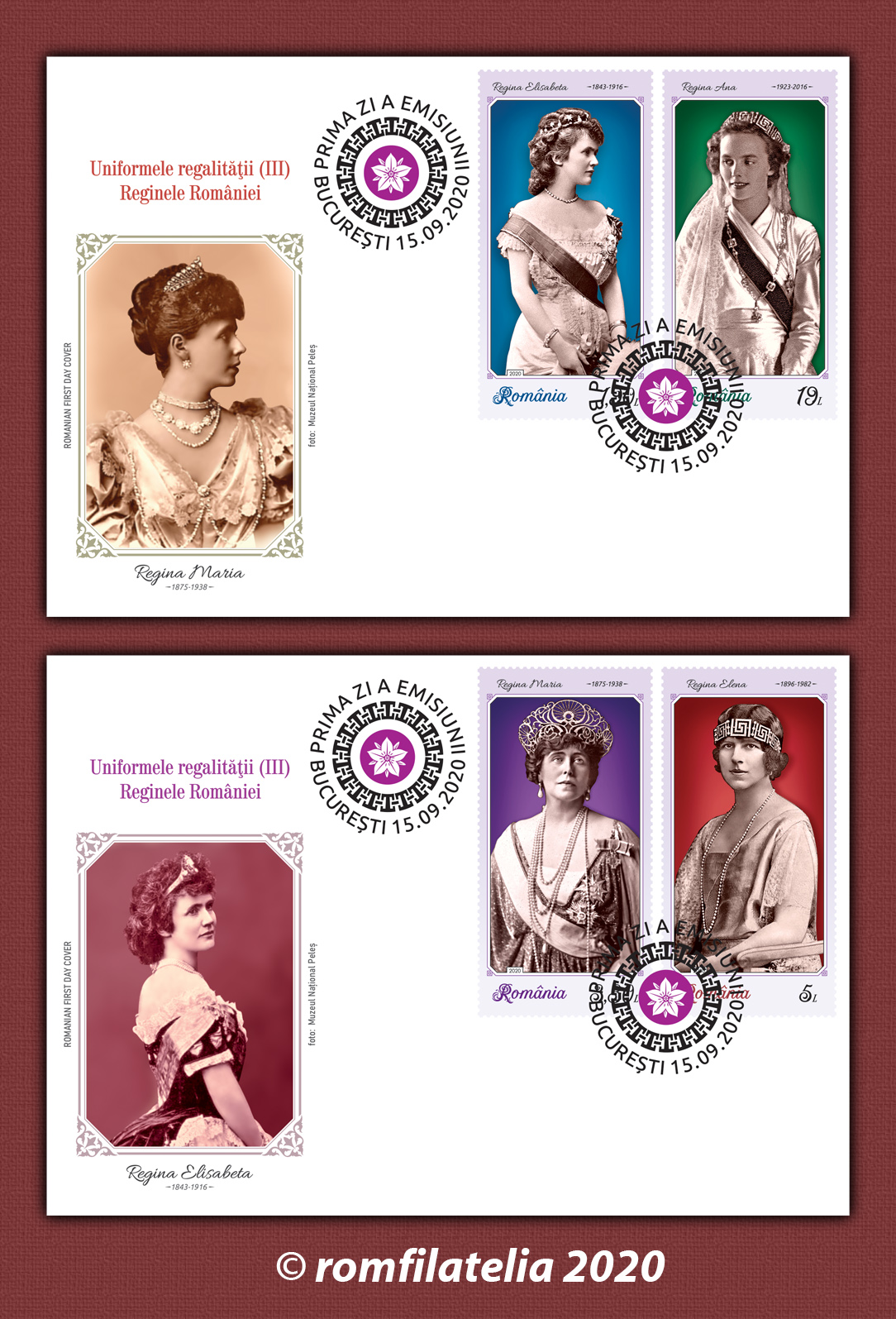 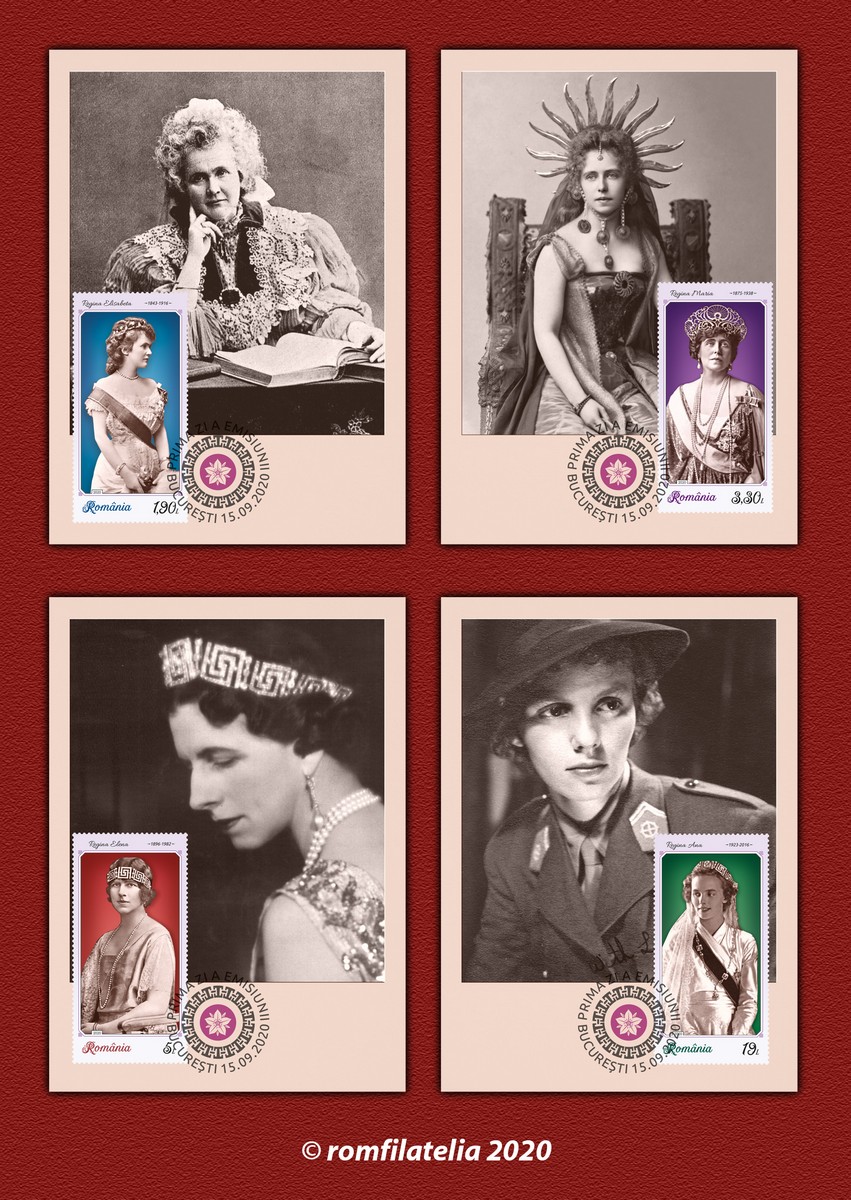 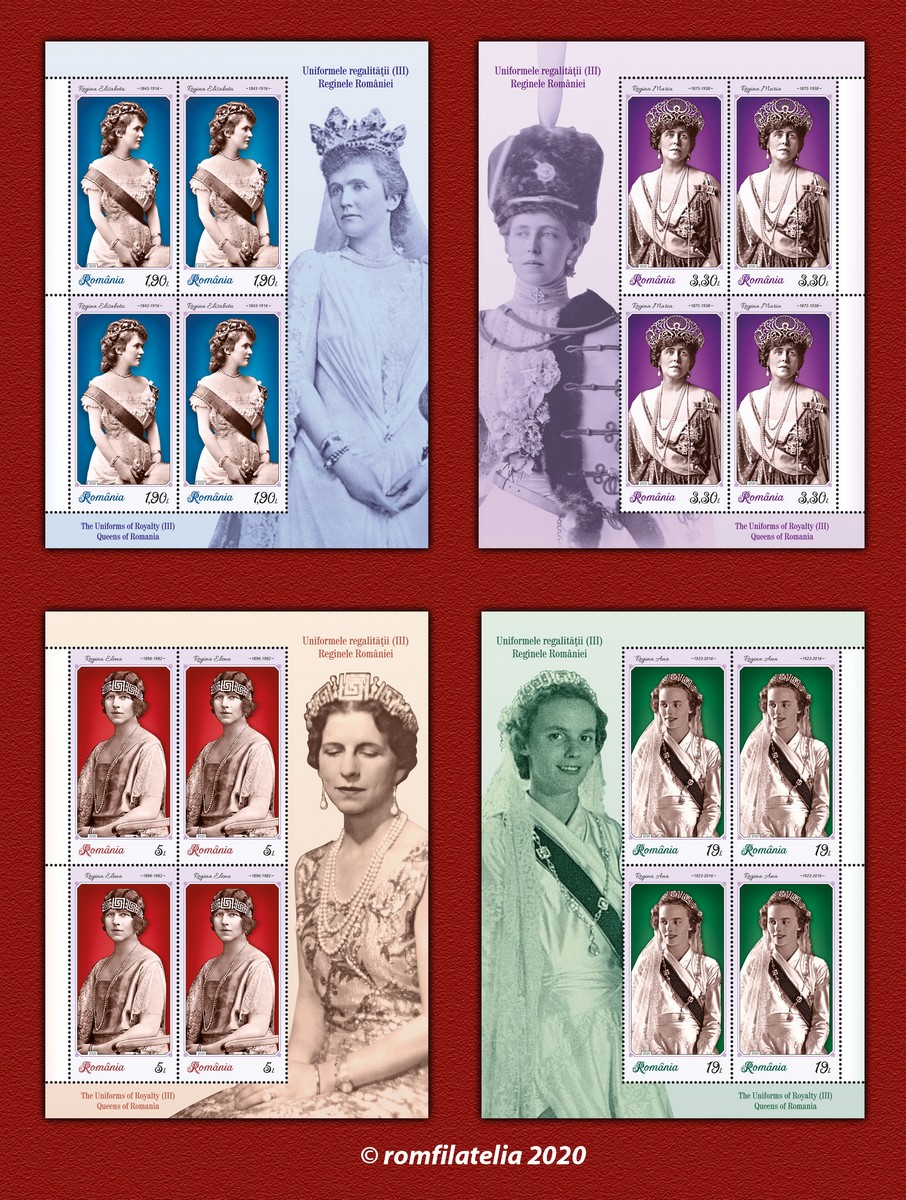