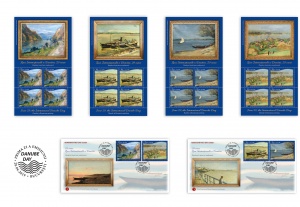 On Friday, June 28th, Romfilatelia introduces into circulation the postage stamps issue entitled “The International Danube Day”, having as theme the Danube in Romanian Painting.

Thus, on the postage stamp with the face value of Lei 2.80 is depicted the painting Danube Reaching the Cauldrons Area (1930-1935), oil on plywood, author Marius Bunescu (1881-1971). Coming from a poor family, Marius Bunescu hardly managed, at the age of 25, to leave for Munich, guided by the advice of the painter Dimitrie Harlescu. Here he trained in the workshop of Professor Hermann Groeber for the admission to the Royal Bavarian Academy, where he later worked with Gabriel von Hackl, a reputed master of painting. In 1912, Bunescu arrived in Paris where he studied in the museums and the Académie de la Grande Chaumière. His painting retains the influences of the Munich School that formed him, from the period of late post-impressionism, visible in the preference for the edgy drawing and the strong chromatics based on the contrast of the complementary colours (red, green, yellow, purple, blue, orange). Attracted by the water and its reflexes, Bunescu made this panoramic view of the Danube at the Cauldrons in the Gorges, enchanted by the perspective of the mountains in the background and the fast waters keeping watch and ward over the road.

The painting Landscape on the Danube (1934-1939), oil on cardboard, author Petre Iorgulescu Yor (1890-1939), is found on the stamp with the face value of Lei 5.00. Petre Iorgulescu Yor studied law in Iasi and, since 1913, he entered the magistracy. In 1920, he began his studies at the Julian Academy in Paris, in the workshop of the painter Othon Friesz, attending at the same time, that one of Maurice Denis, advocate of a classical vision. He successfully exhibited in Paris and Bucharest and in 1929 he received the gold medal at the Romanian Pavilion at the Barcelona International Exhibition. Between 1933 and 1934 he was the custodian of the Pinacoteca of Bucharest Municipality, also financially supporting the young artists. He worked in Balchik, animated by a romantic impulse to the exoticism and the picturesque of the Orient. In 1939 he committed suicide, despite the success he had among collectors.  Late work, The Danube Landscape, which captures the mooring to the Danube shores of two barges, reveals the decisive influence of his master Othon Friesz, an admirer of Cézanne. Iorgulescu-Yor’s work also reveals a spirit dedicated to the pictorial construction of forms, also defining a passionate of colour in a dense chromatic range, with solar-sensual effusions.

The third stamp of the series, with a face value of Lei 8.50, illustrates the painting The Danube at Turtucaia (1912-1916), oil on canvas, author G. Petrascu (1872-1949). After graduating from high-school in Braila, in 1892 he enrolled at the Faculty of Natural Sciences, which he abandoned to study at the Belle-Arte School with George Demetrescu Mirea (1893-1898). He was recommended to Nicolae Grigorescu; in the master’s workshop he helped him to prepare the canvas and to varnish the paintings. The admiration for Grigorescu’s works and the affection for him would animate his whole life. After a short stay in Munich, he enrolled in Paris at the Julian Academy. Here he worked for four years in the workshop of the famous realistic painter William Bouguereau, and also got advice from important French artists such as Gabriel Ferrier, Benjamin Constant or Jean-Paul Laurens.

On the stamp with the face value of Lei 12.00 of the issue it is illustrated the painting Landscape at Turtucaia. The Danube (1938), oil on canvas, author Iosif Iser (1881-1958). Following the tradition of the family, Iosif Iser was sent to Munich to study architecture, which he soon abandoned in favour of drawing and painting. He prepared for admission to the Royal Bavarian Academy in the workshop of master Anton Azbé (1899-1901), and once admitted to the Academy, he attended the courses of professors Nikolaos Gysis, Johannes Herterich and Karl Marr (1901-1904). In January 1908, when in Paris, he attended the Ranson Academy classes. He got acquainted with the avant-garde European movement, and in 1910 during a trip to Dobrogea he discovered the unusual charm of Tatars’ life.

Romfilatelia thanks The National Museum of Art of Romania for the documentary and photographic support granted in the achievement of this postage stamps issue.

The postage stamps issue The International Danube Day will be available on Friday, June 28th 2019, in Romfilatelia’s shops network in Bucharest, Bacau, Brasov, Cluj-Napoca, Iasi and Timisoara and online on http://romfilatelia.ro/store/. The postage stamps issue is completed by 2 “first day” covers and as page composition, in sheet of 20 stamps and minisheet of 4 stamps with illustrated border. 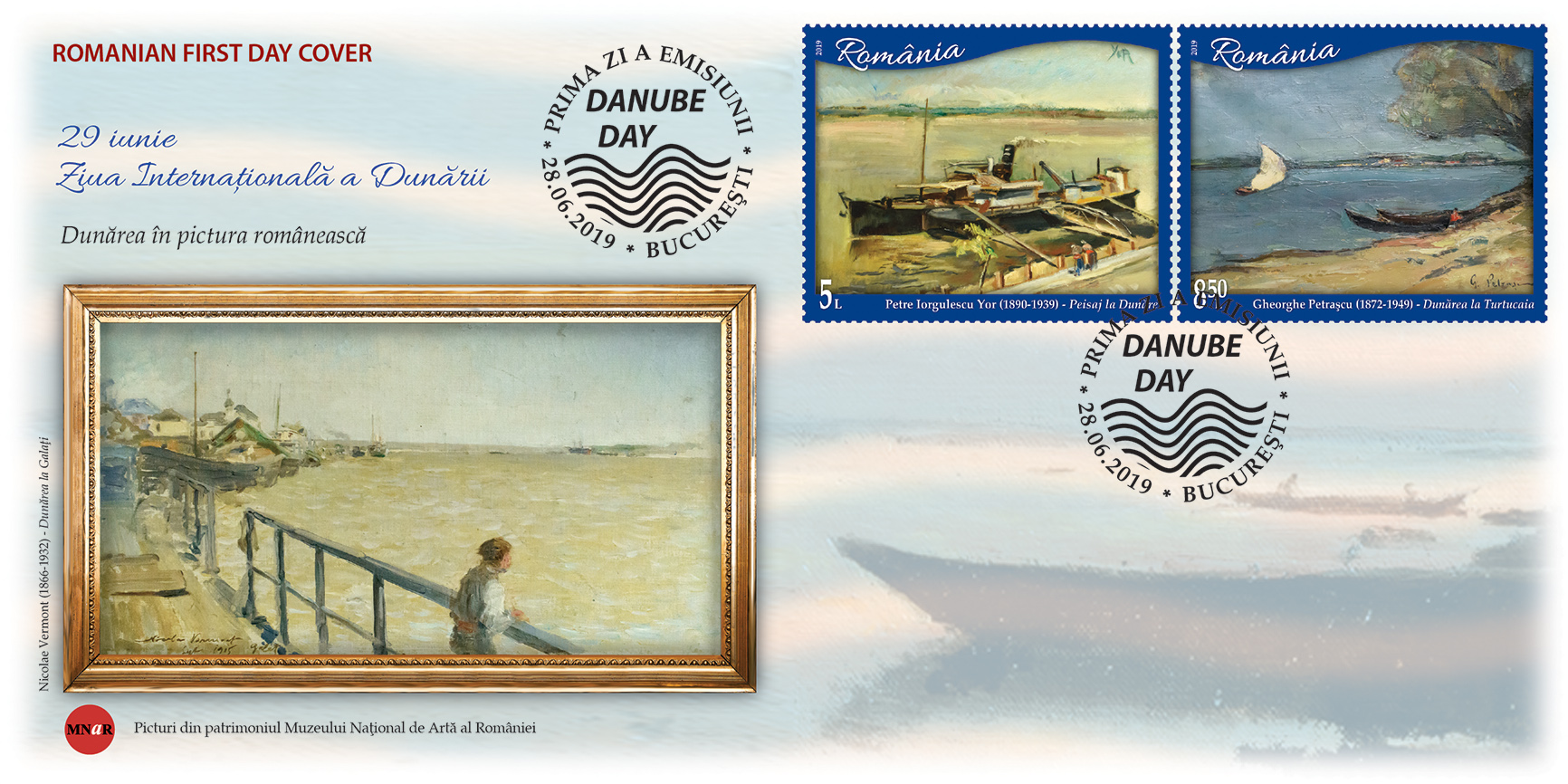 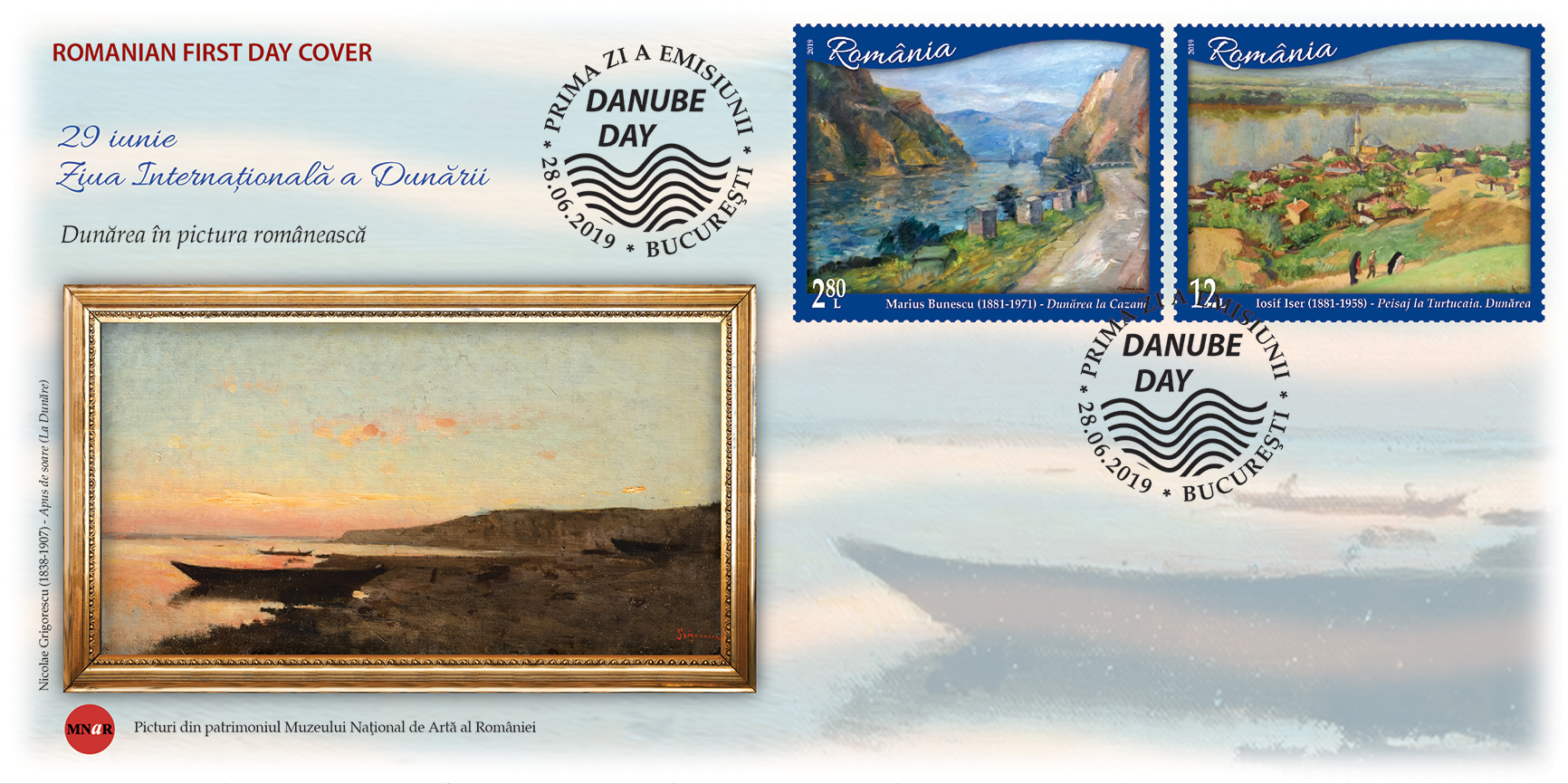 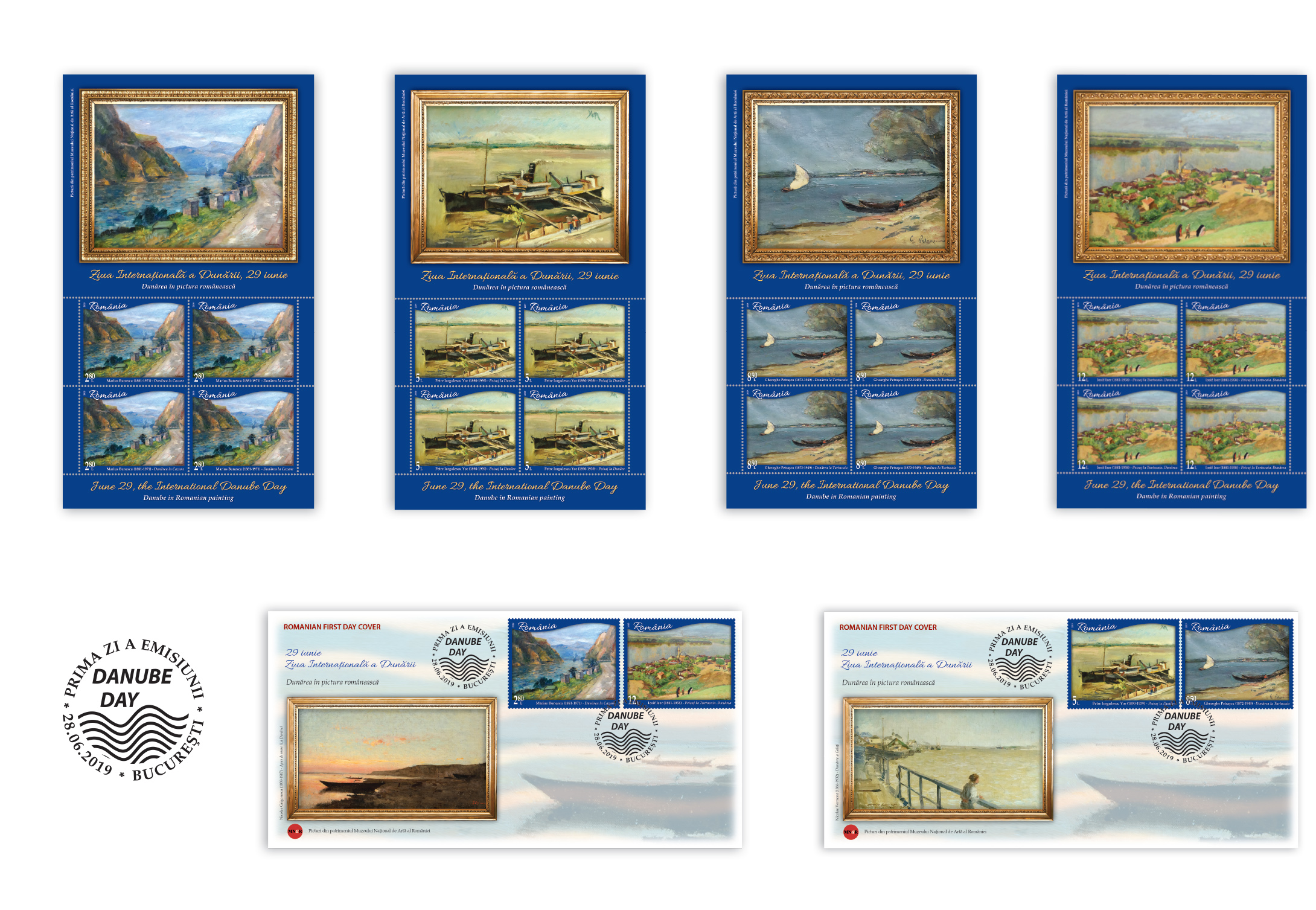 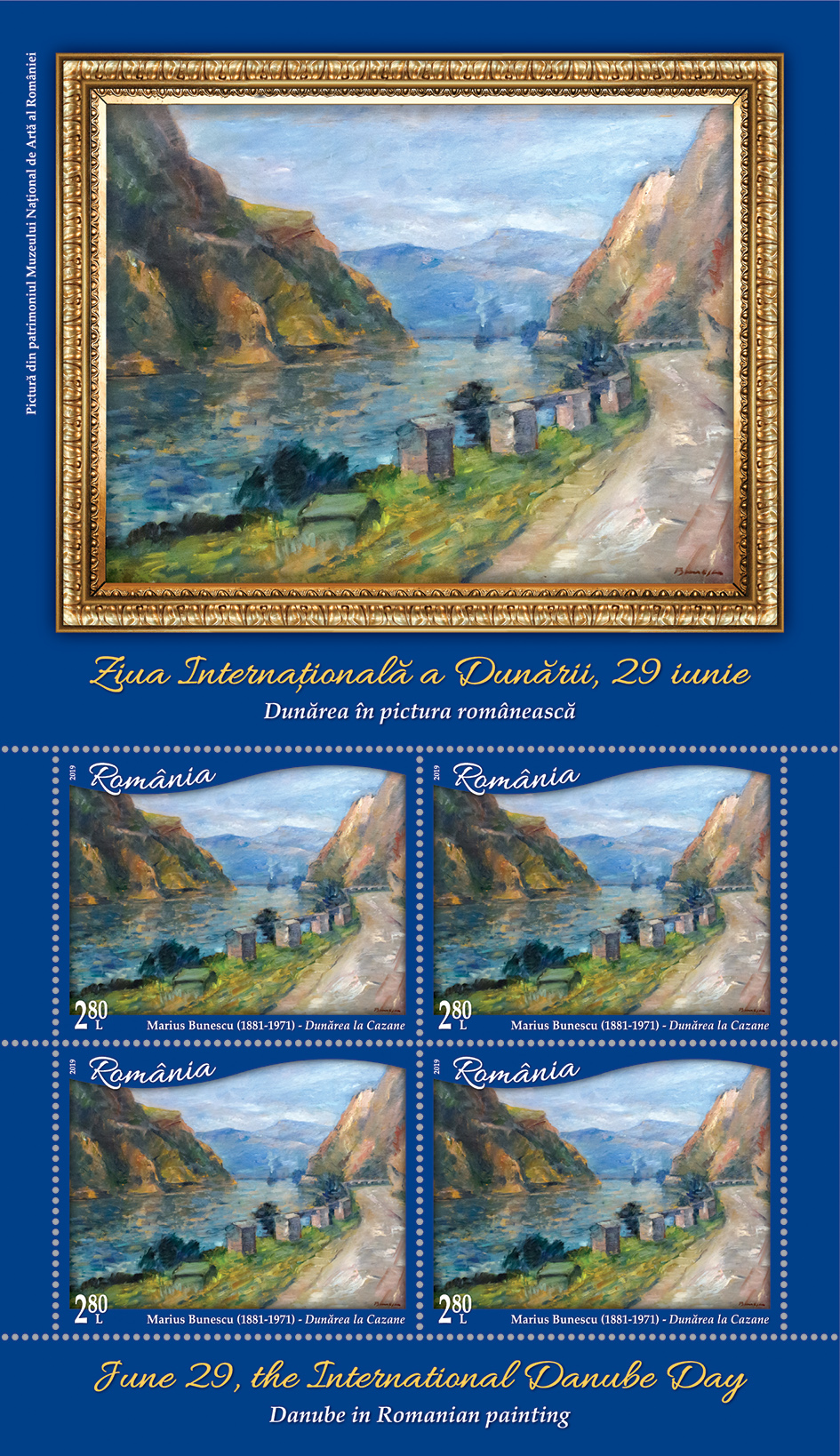 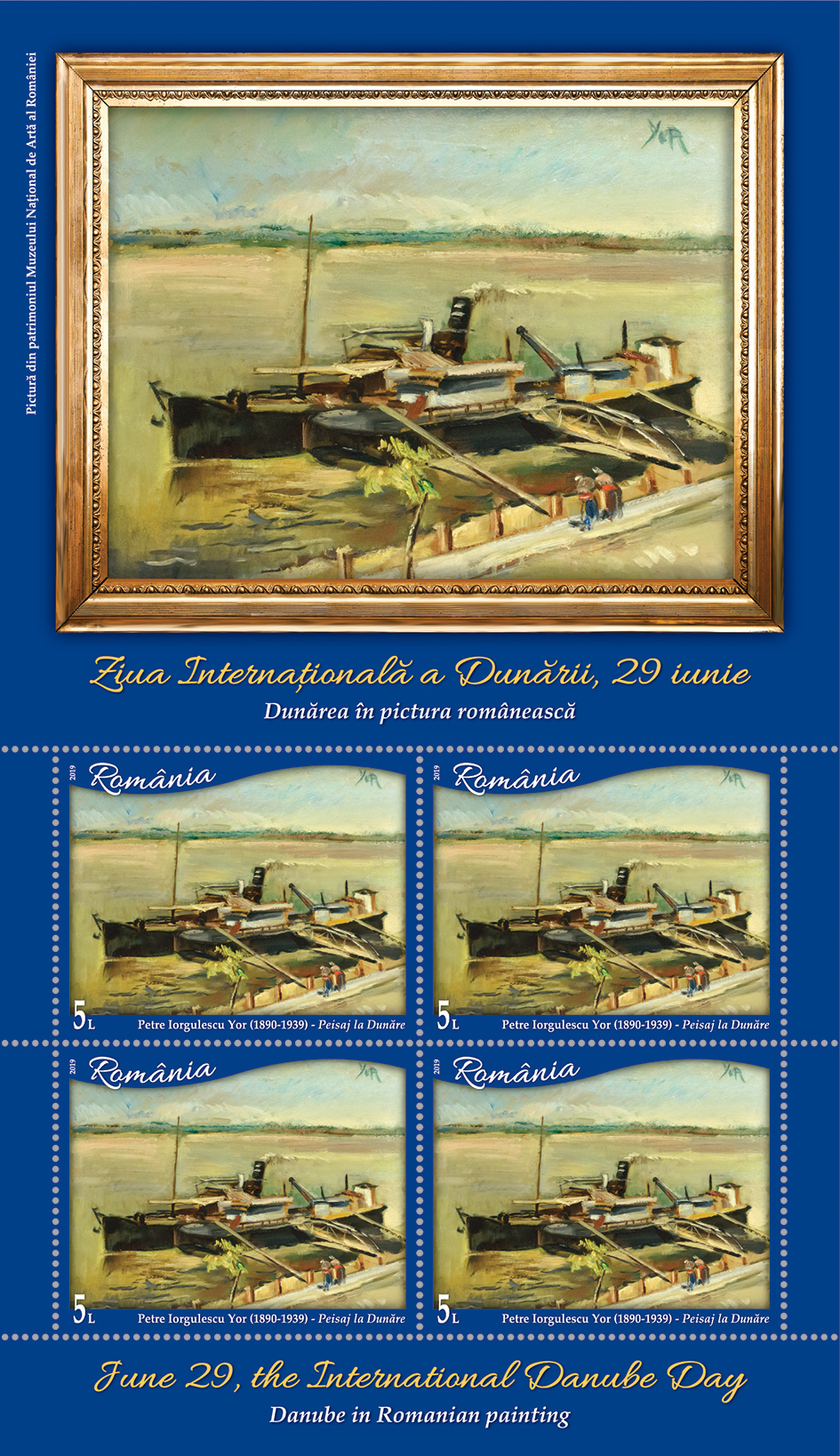 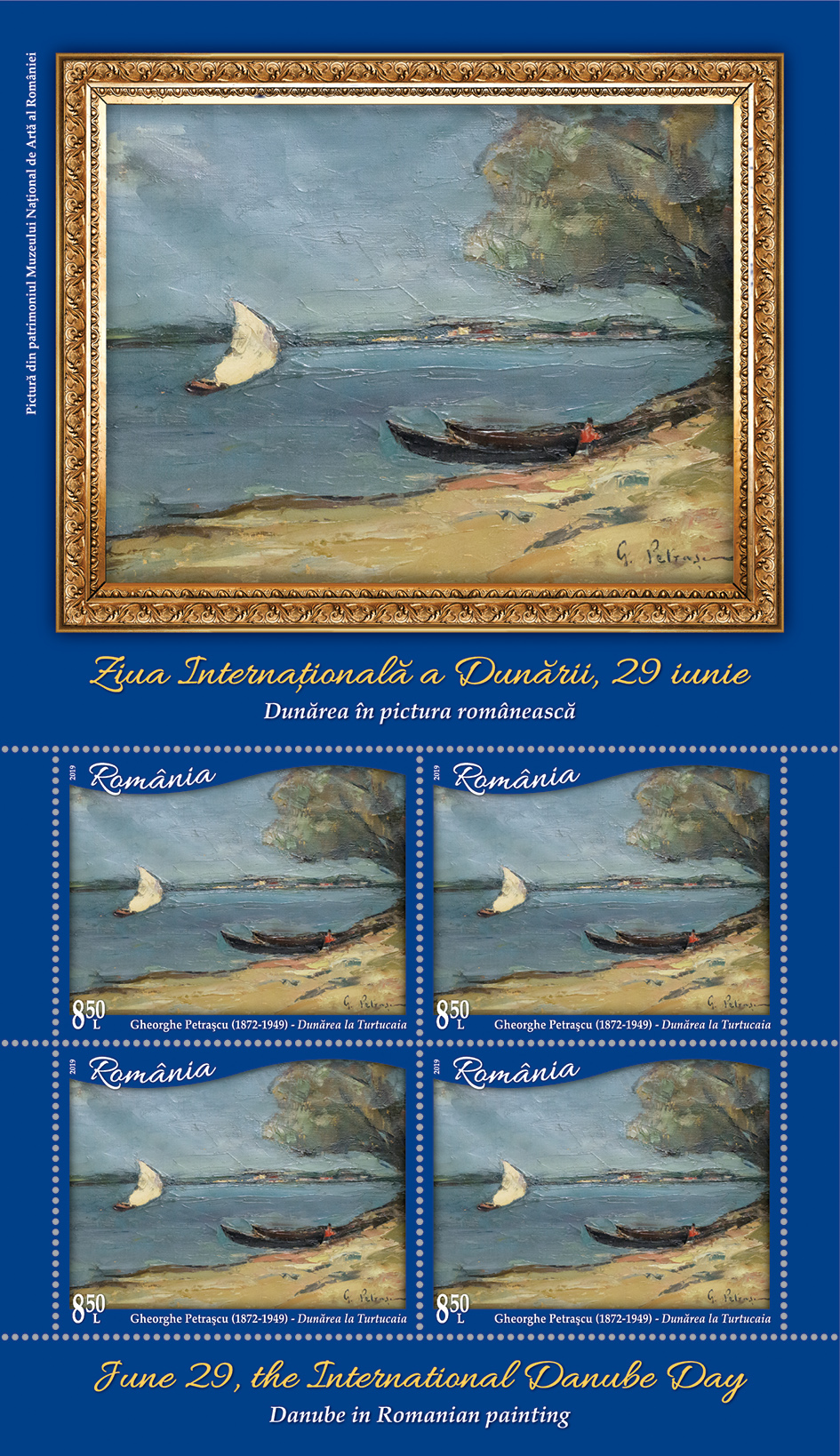 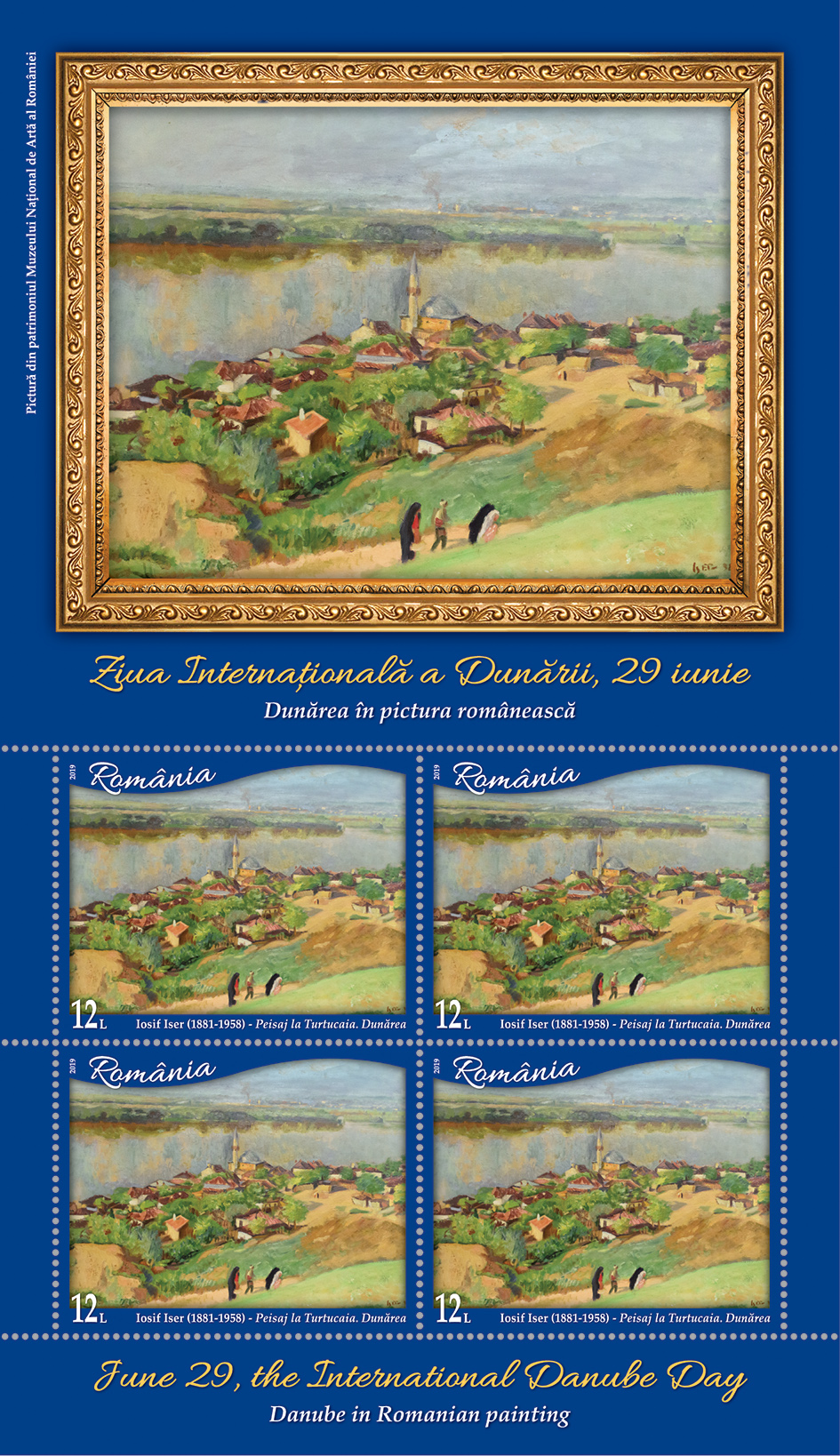