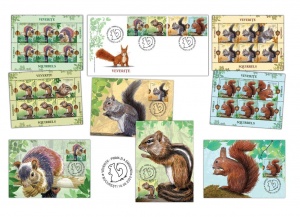 Romfilatelia offers to collectors a new philatelic theme dedicated to Fauna, through the postage stamps issue Squirrels, which will enter into circulation on Wednesday, June 10th, 2020.

The Indian Giant Squirrel comprises four or five recognized subspecies, one of which has the potential to be considered a distinct species, all being endemic to south-western, central and eastern India.

Indian Palm Squirrel – Funambulus palmarum (Linnaeus, 1766), represented on the stamp with the face value of Lei 5, it is one of the five species of Asian-striped squirrels of the Funambulus genus, whose species are widespread in areas with palms and lowlands in India and Sri Lanka.

Squirrels, under normal conditions, do not cause damages, but in the absence of regular food sources can gnaw the bark of shrubs and eat freshly sprouted wheat threads. This is the case of the Gray Squirrel – Sciurus carolinensis Gmelin, 1788, rendered on the stamp with the face value of Lei 8.50.

It prefers mature deciduous and mixed forests, their specific composition being decisive for the local size of the populations of Gray Squirrels, the densities being influenced by the number of trees that produce nuts and acorns.

The Eurasian Red Squirrel – Sciurus vulgaris Linnaeus, 1758, illustrated on the stamp with the face value of Lei 12, is widespread throughout the forest area of the Palearctic region, from Ireland to Japan.

It prefers forests with tall and hollow trees, with dense branches that allow a good nesting location. It gets installed in the edges of woods if there are orchards with fruit trees in the vicinity, especially with walnuts. 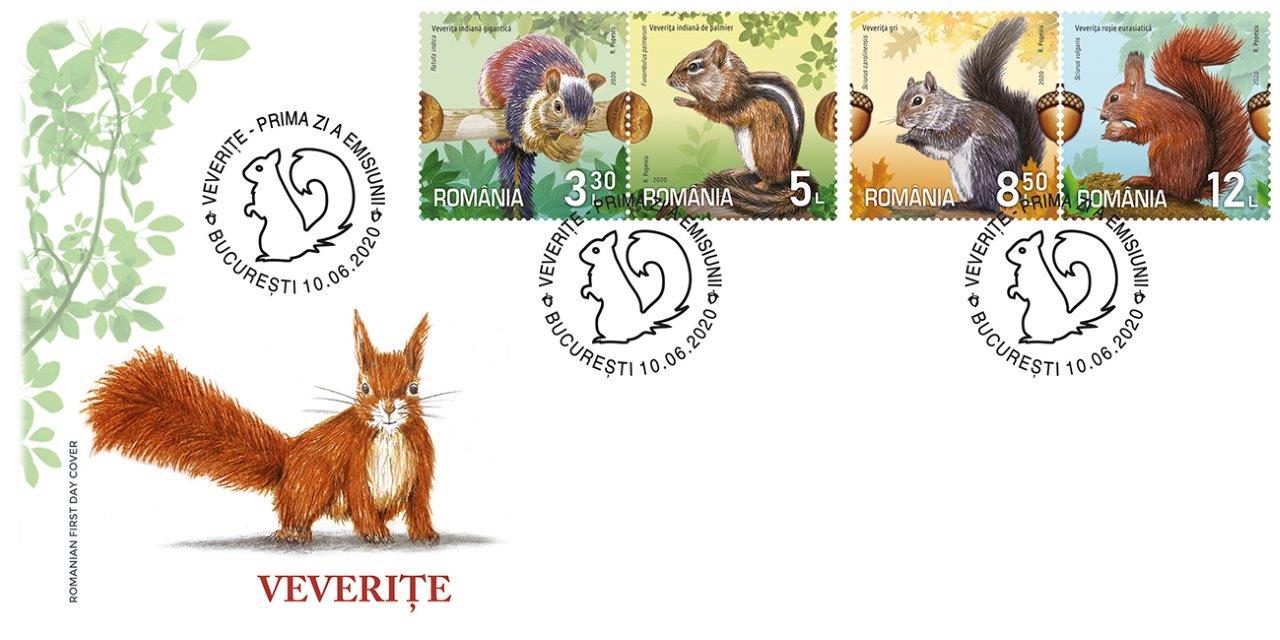 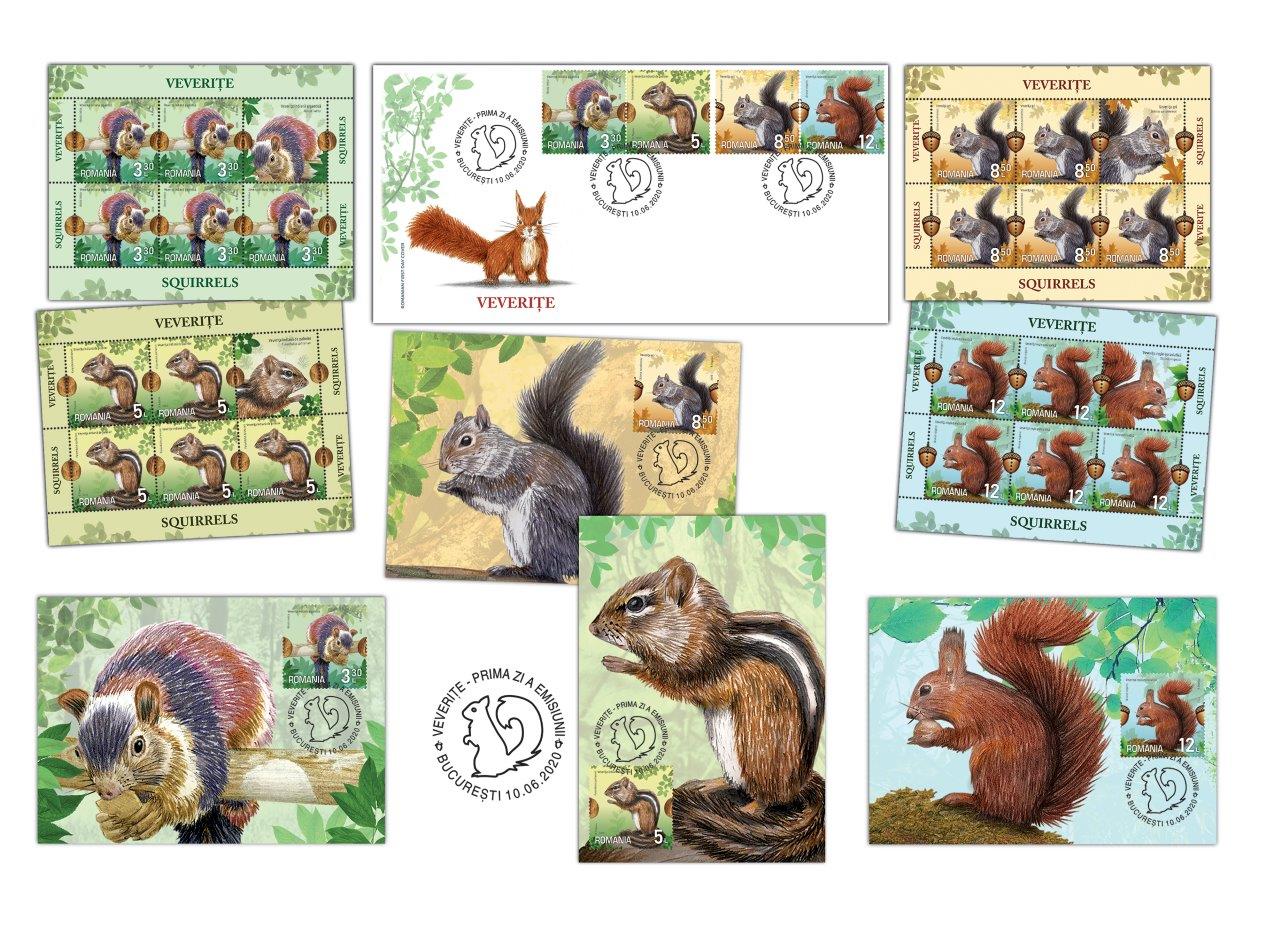 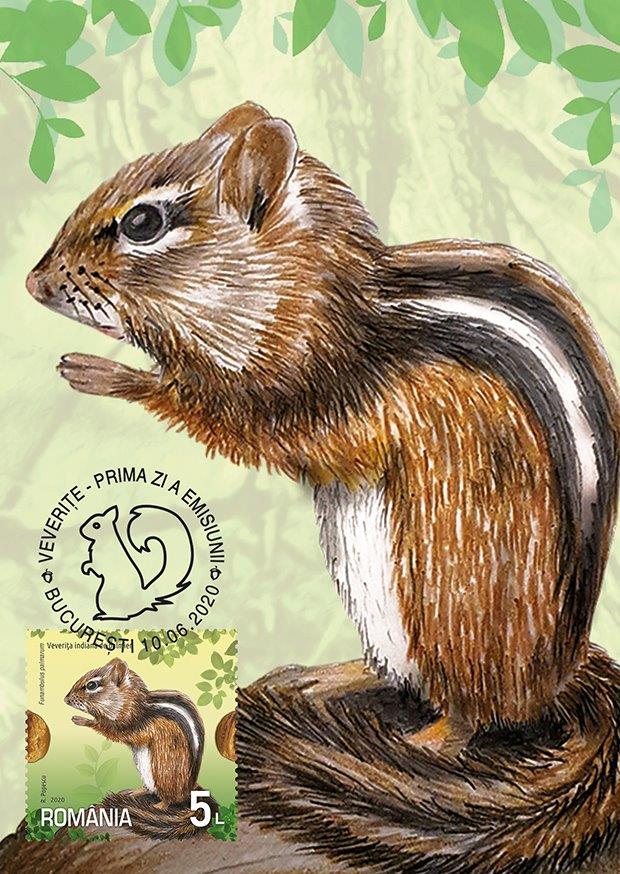 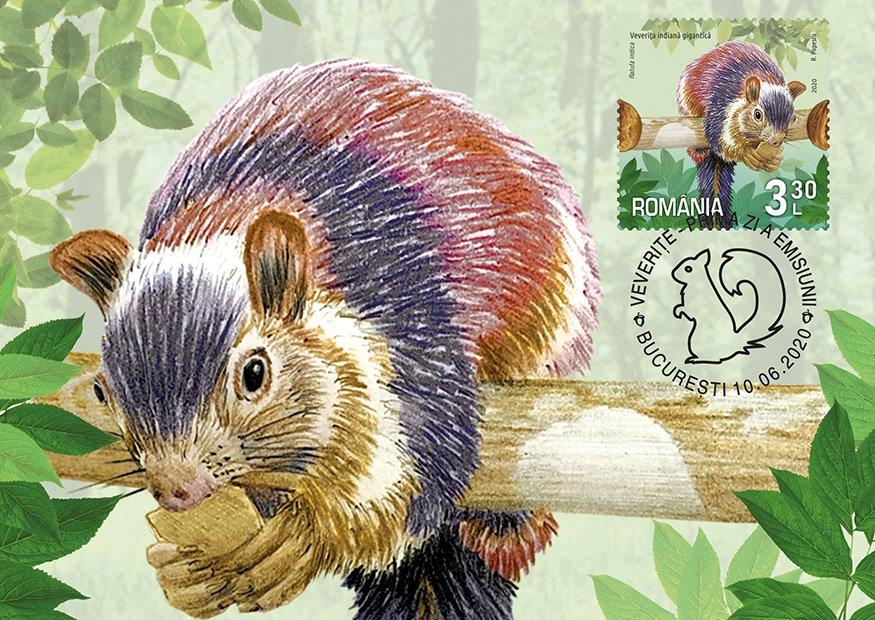 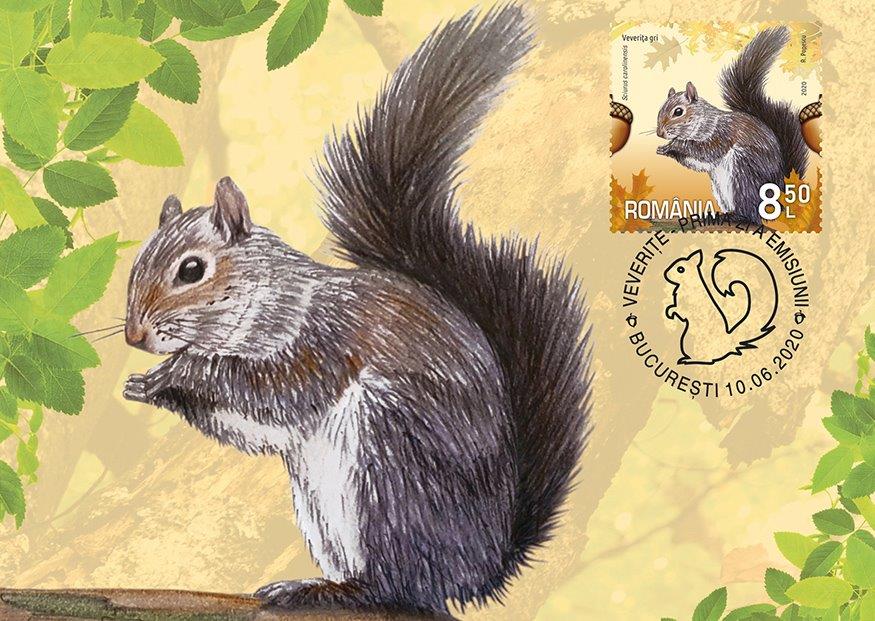 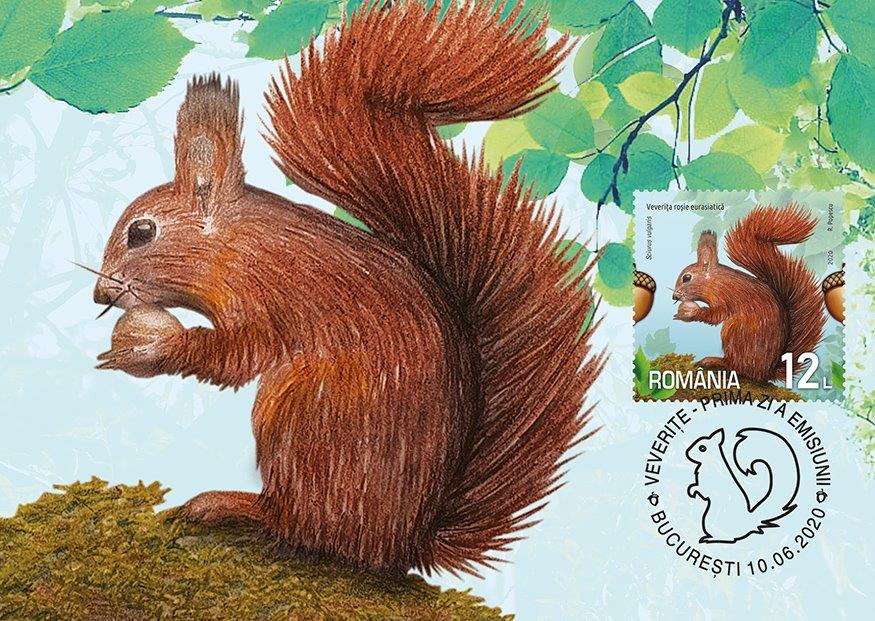 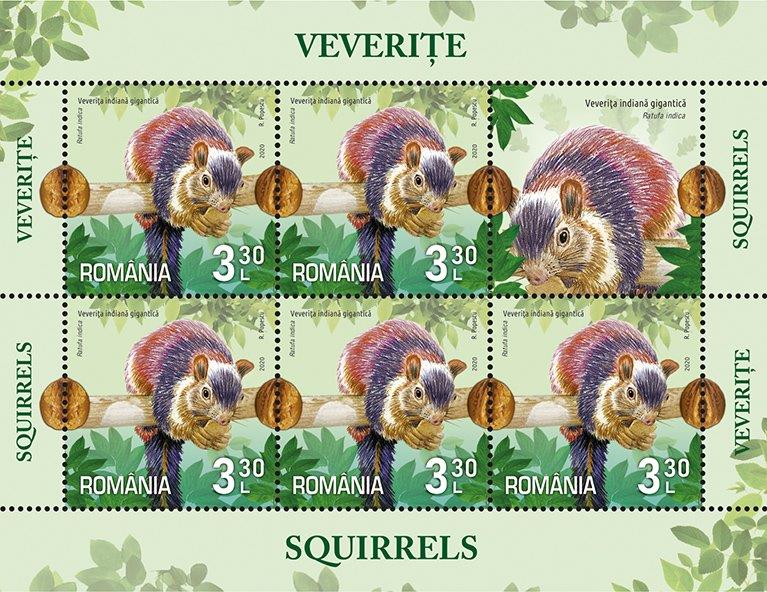 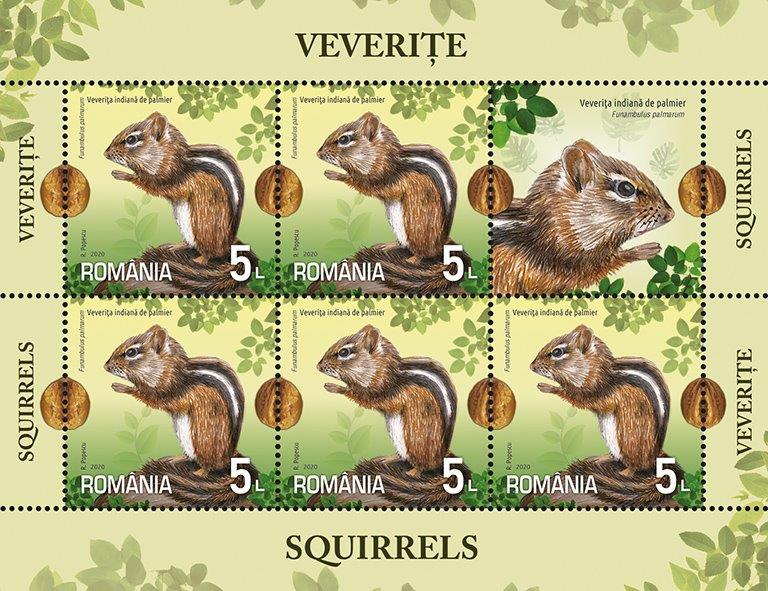 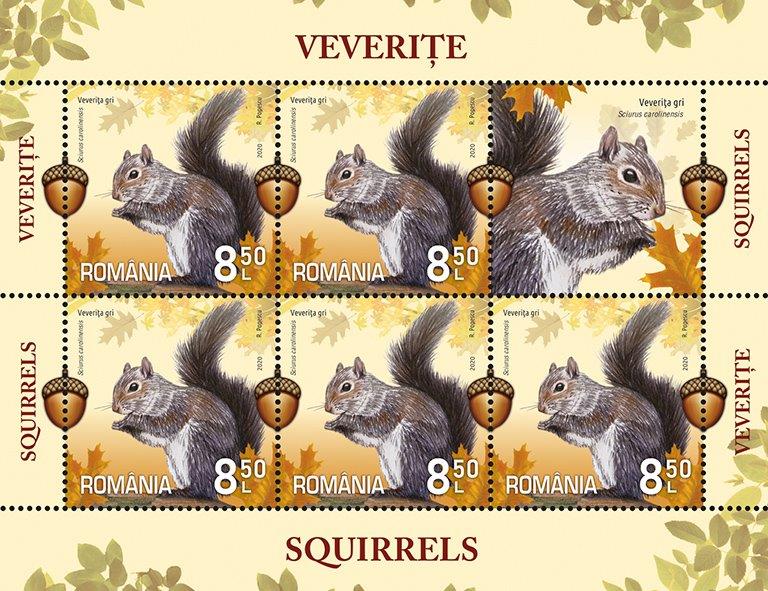 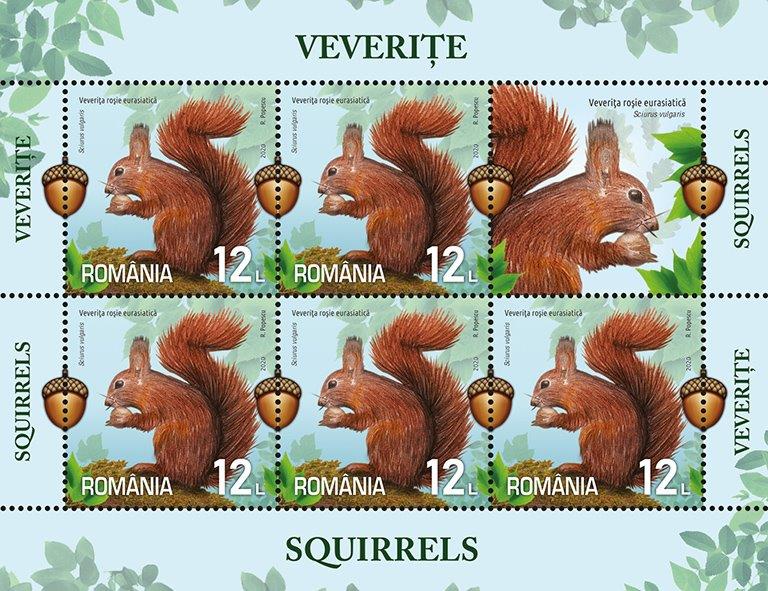 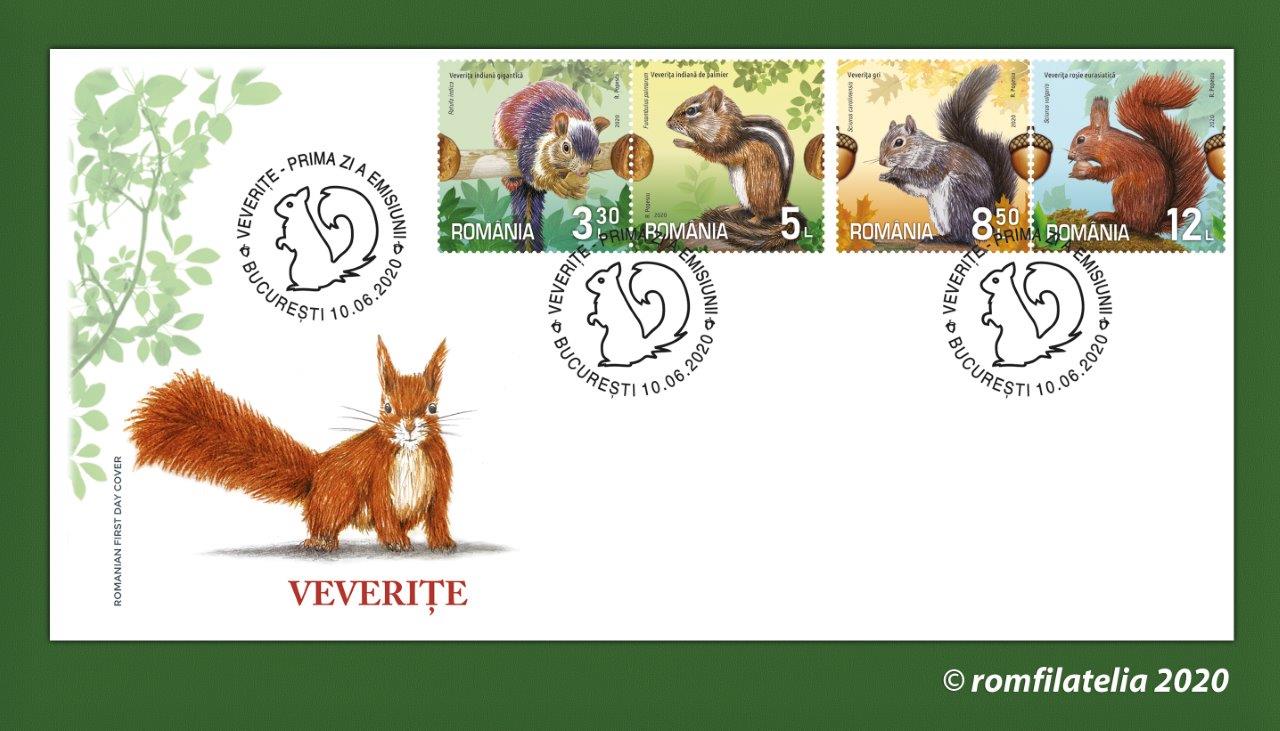 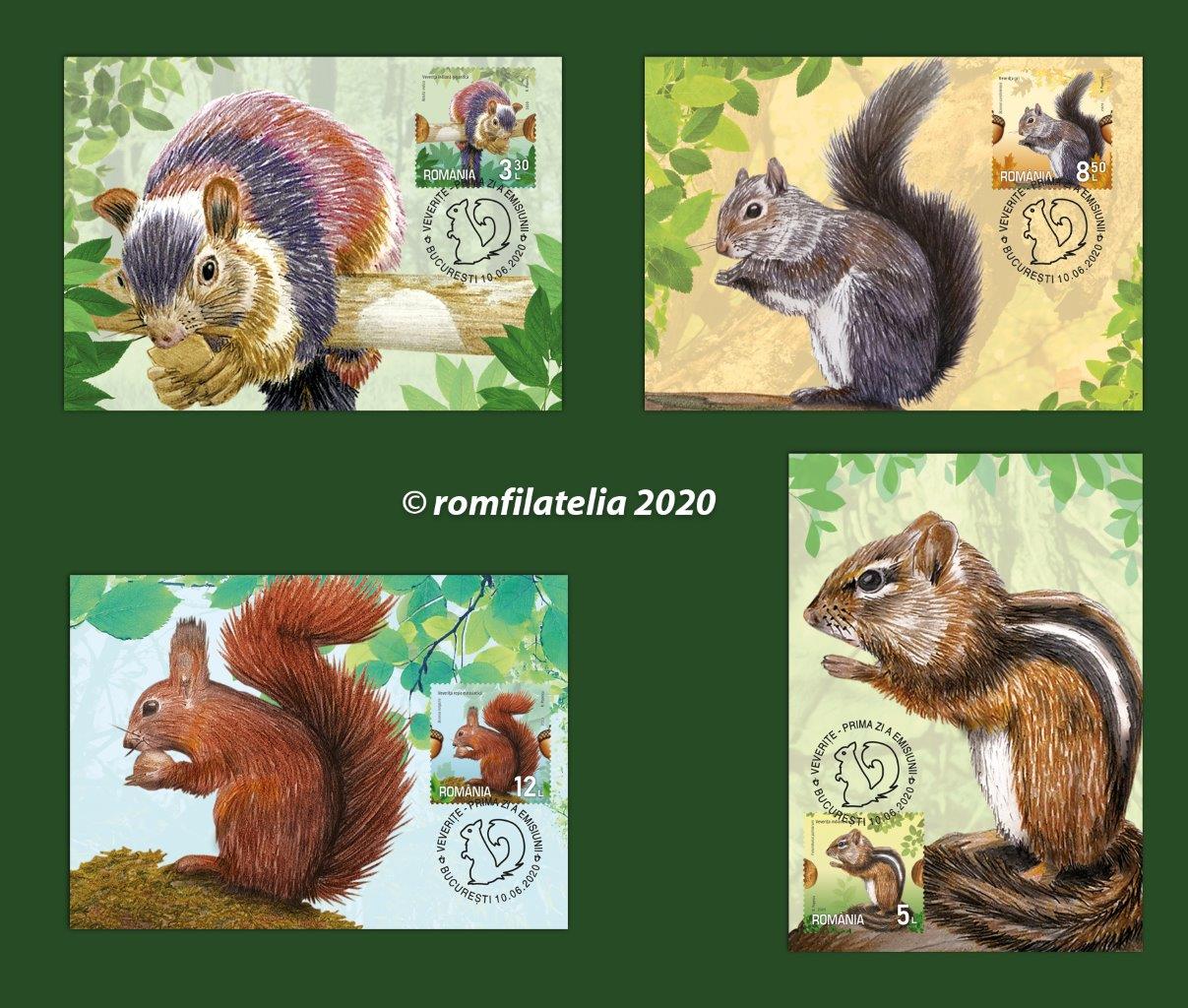 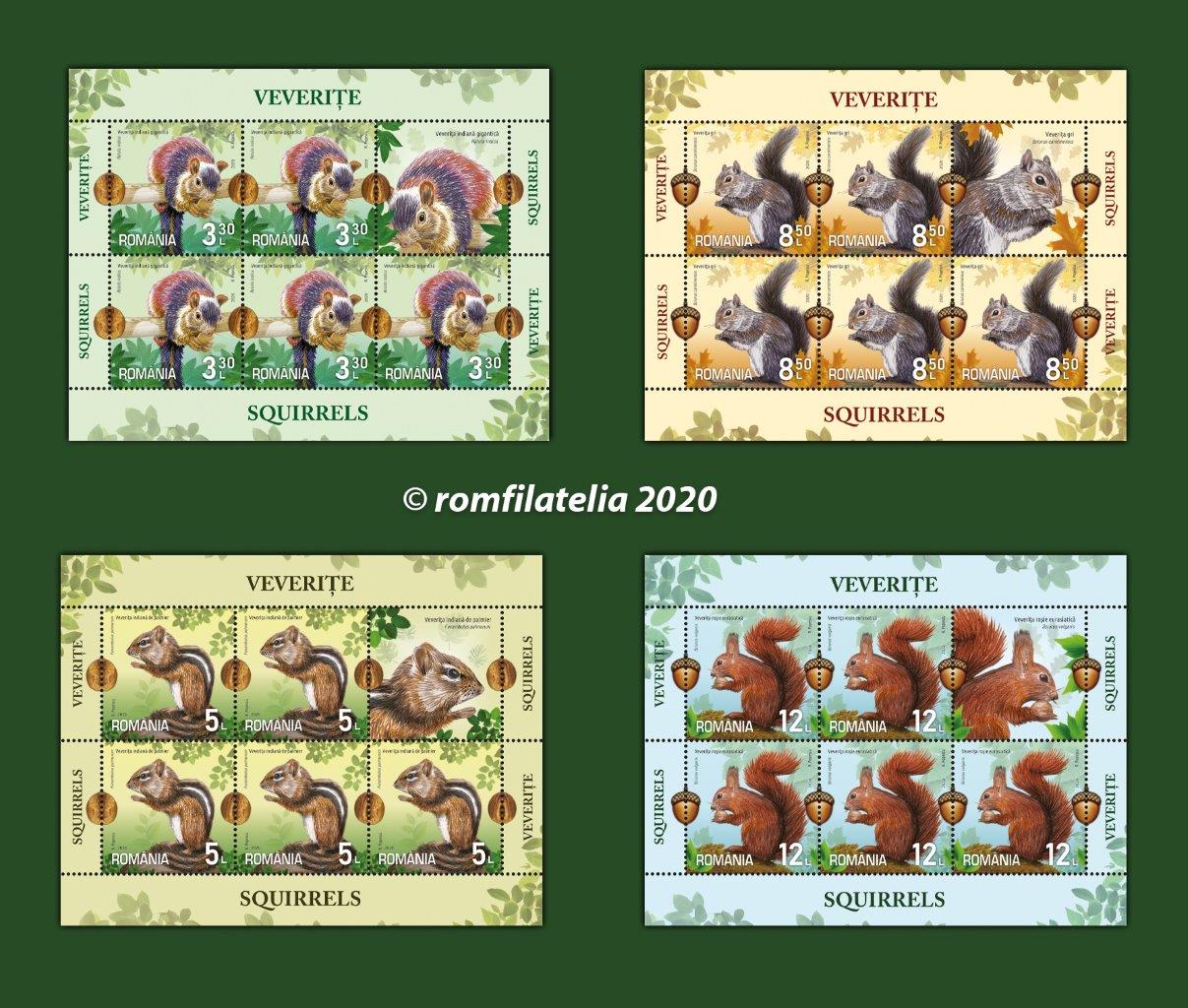 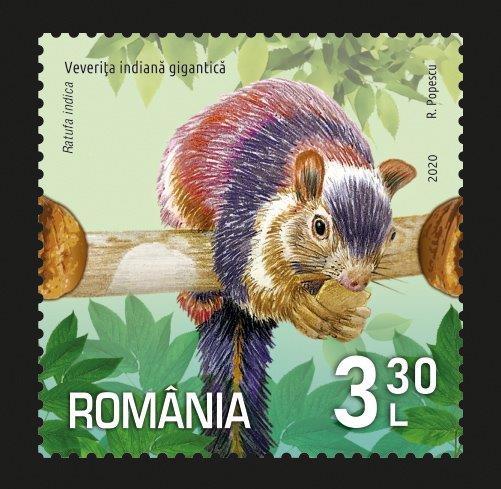 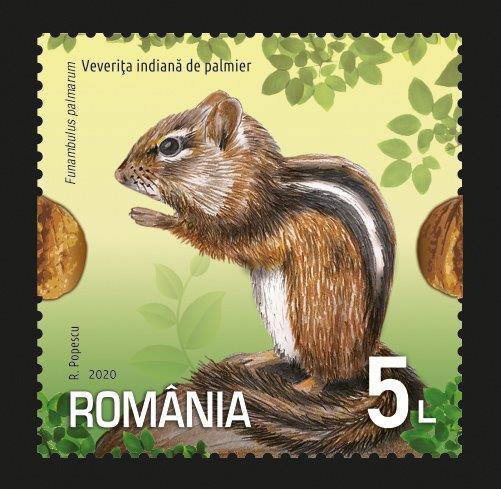 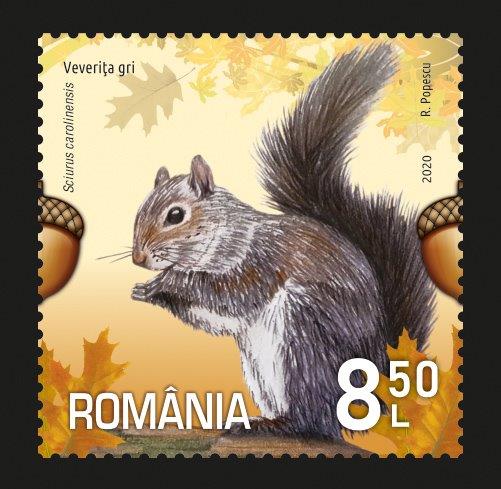 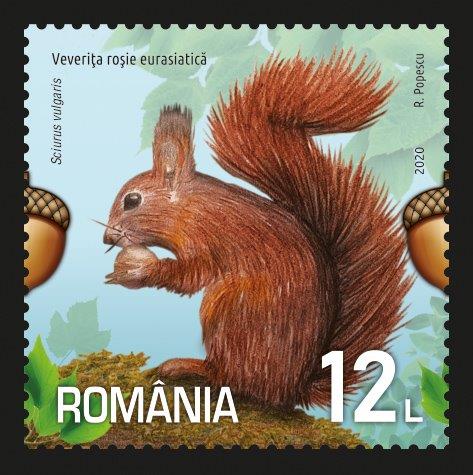