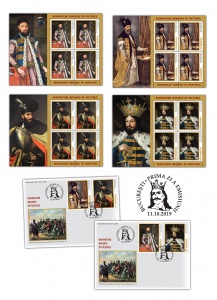 The first postage stamps of the issue of postage stamps with the face value of Lei 1.50 shows the portrait of Constantin Brancoveanu, composed by an anonymous painter at the beginning of the 20th century, a painting that belongs to the patrimony of the National Art Museum of Romania, inspired by a portrait found at The Saint Catherine Monastery from Mount Sinai (1696). Constantin Brancoveanu was the ruler of the Wallachia between 1688 and 1714, having one of the longest reigns in the history of the Romanian Principalities.

The portrait of Grigore II Ghika created by Theodor Aman (1869), illustrated on the postage stamp with the face value of Lei 1.60, is also included in the collection of the National Museum of Art of Romania.  Grigore II Ghica was the ruler of Moldova and of Wallachia in the Phanariot times. Nephew of Grigore I Ghica, he was brought to the throne of Moldova by Nicolae Mavrocordat, after the dismissal of Mihai Racovita.

The postage stamp with the face value of Lei 19 graphically depicts the portrait of Stephen the Great, achieved by the painter Constantin Lecca (1830), belonging to the National Museum of Art in Iasi within “Moldova” National Museum Complex. Canonized as Stephen the Great and Saint by the Romanian Orthodox Church, he was the ruler of Moldova between 1457 and 1504.

On the “first day” cover of the issue, the painting entitled Michael the Brave in Calugareni, painted by Nicolae Grigorescu (1857), which is currently at the National Museum of Art of Romania, is illustrated. The Battle of Calugareni was part of the Ottoman-Wallachian conflict and part of the Ottoman campaign aimed at replacing Michael the Brave and transforming Wallachia and Moldova into Ottoman provinces.

The postage stamps issue Romanian rulers in painting will be available on Friday, October 11th  2019, in Romfilatelia’s shops network in Bucharest, Bacau, Brasov, Cluj-Napoca, Iasi and Timisoara and online on http://romfilatelia.ro/store/.

The postage stamps issue is completed by 1 set of “first day” cover, with the same image, as page composition in sheet of 20 stamps and minisheet of 4 stamps with illustrated border. 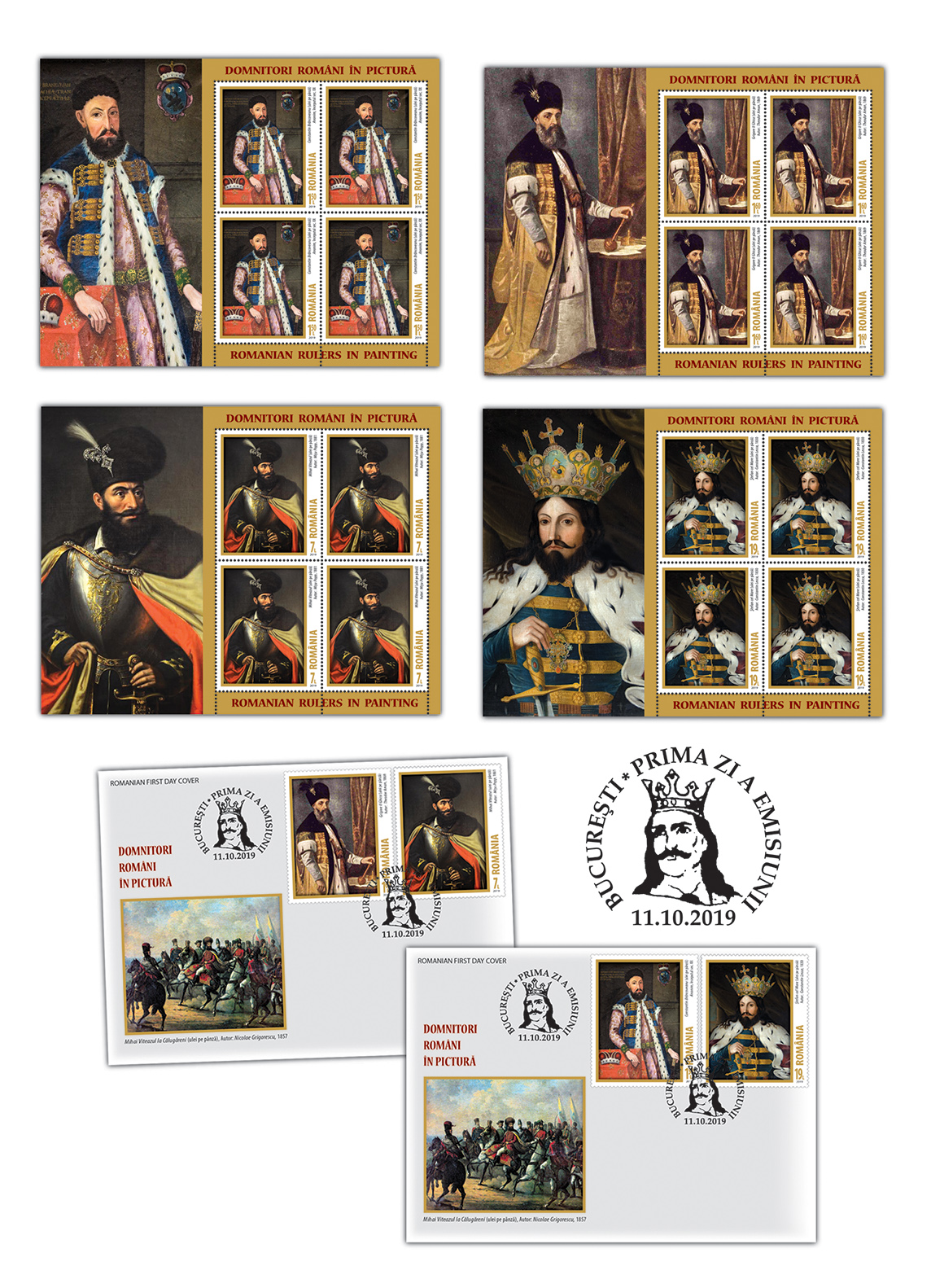 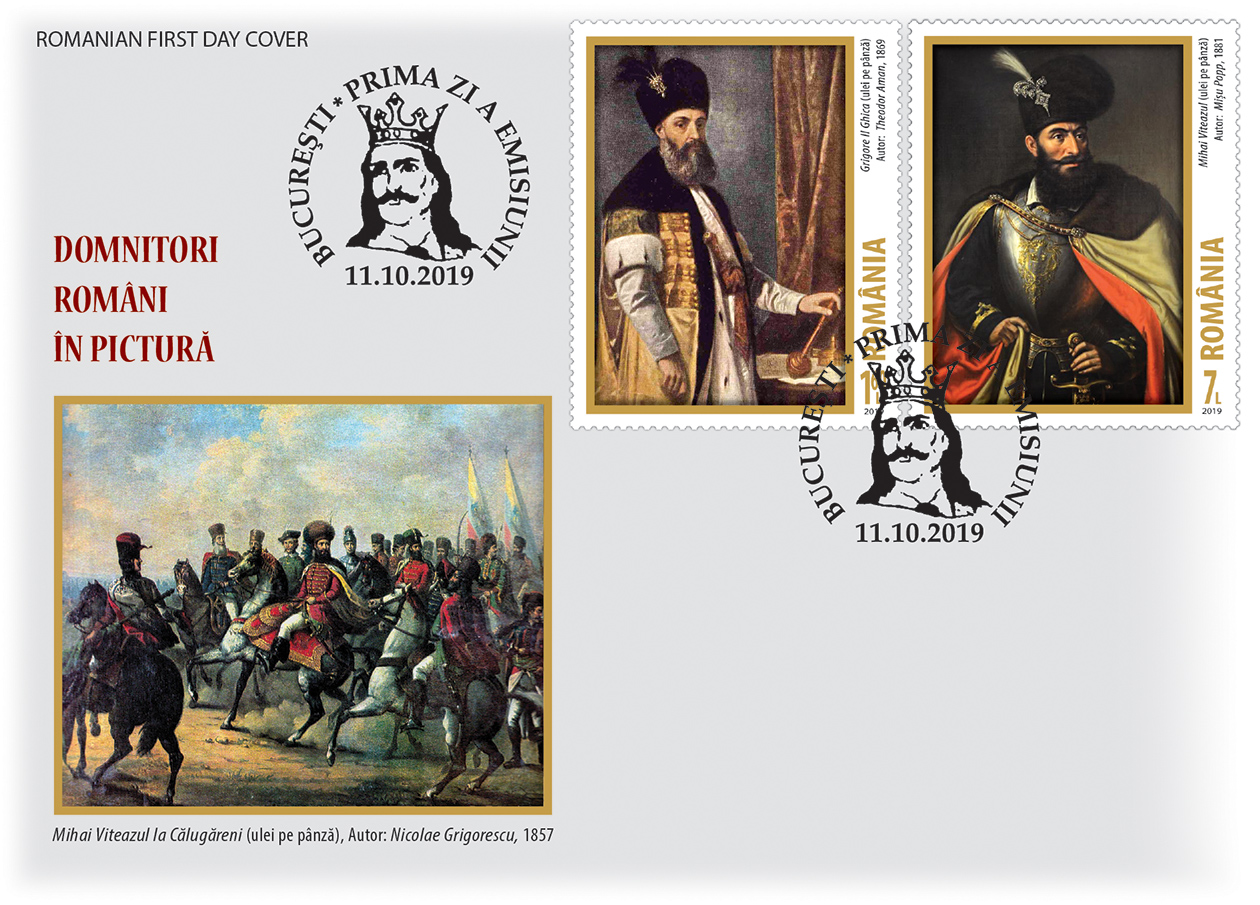 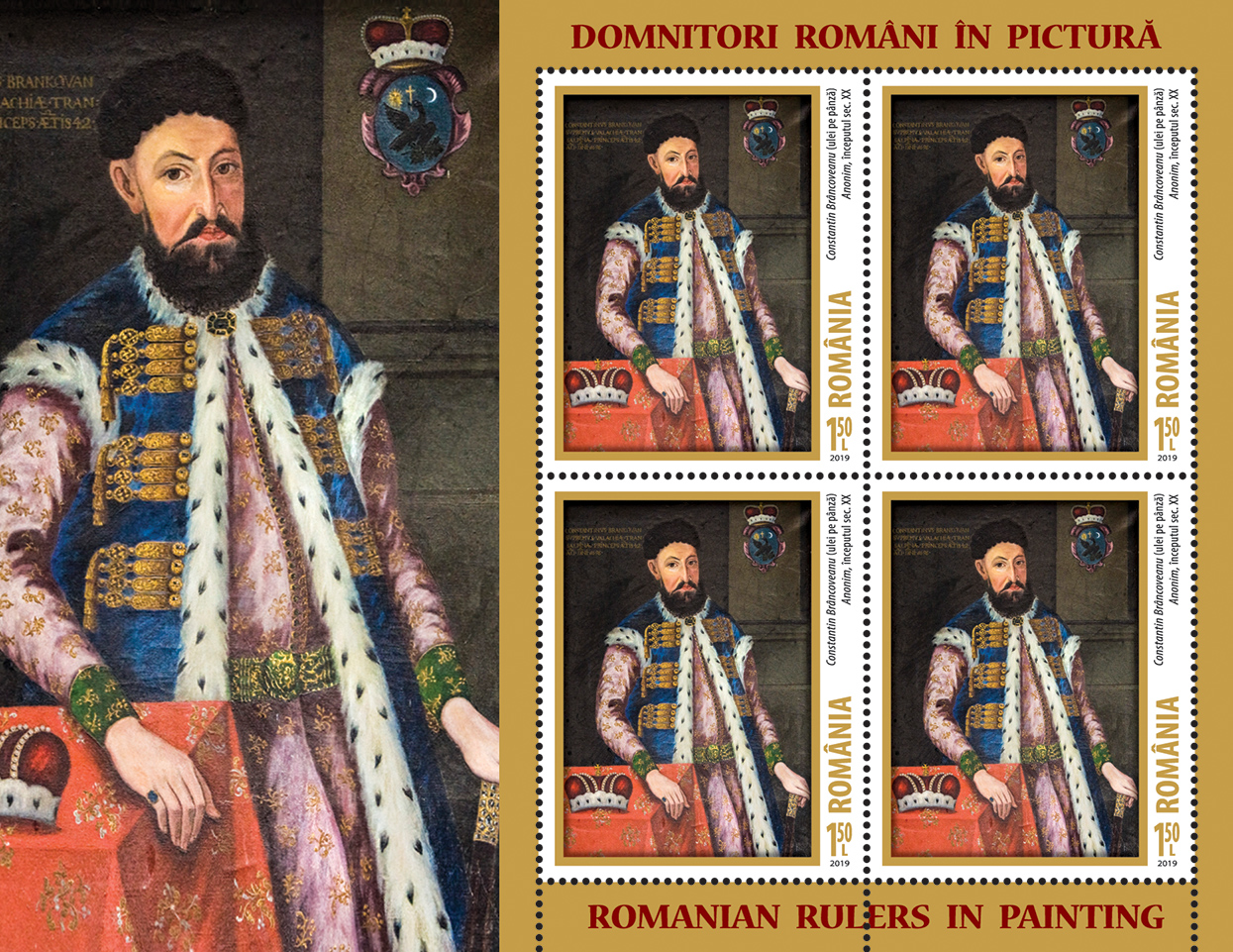 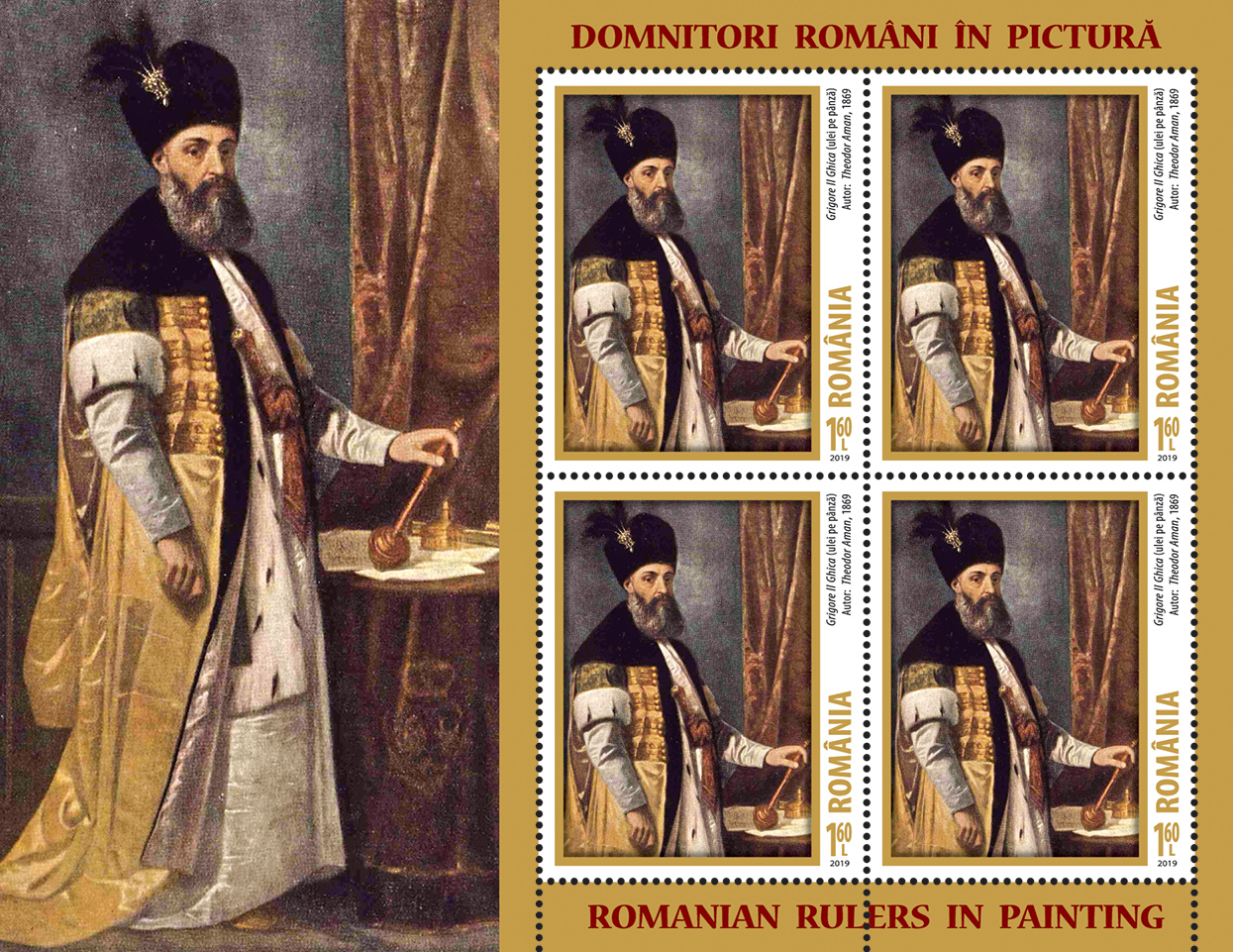 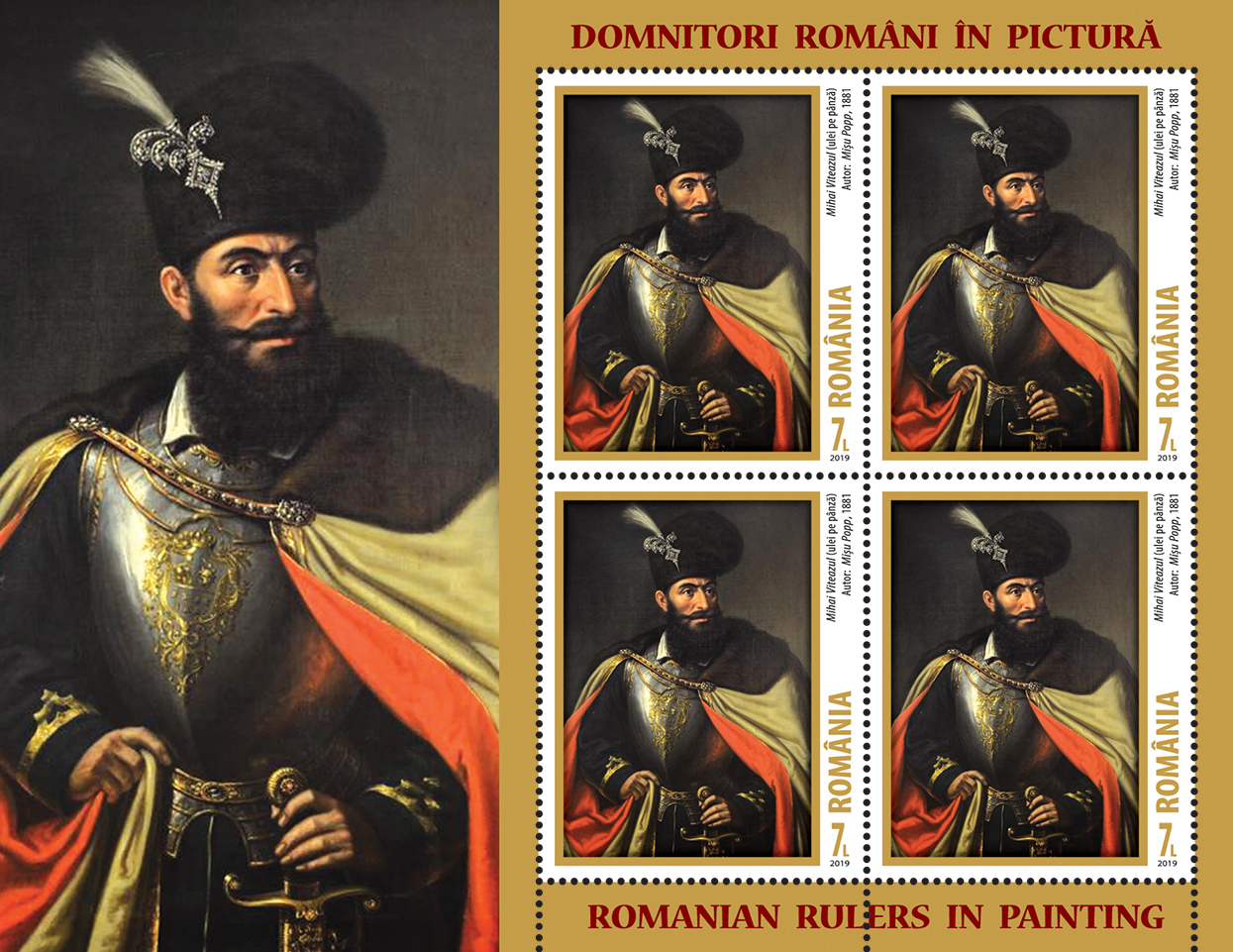 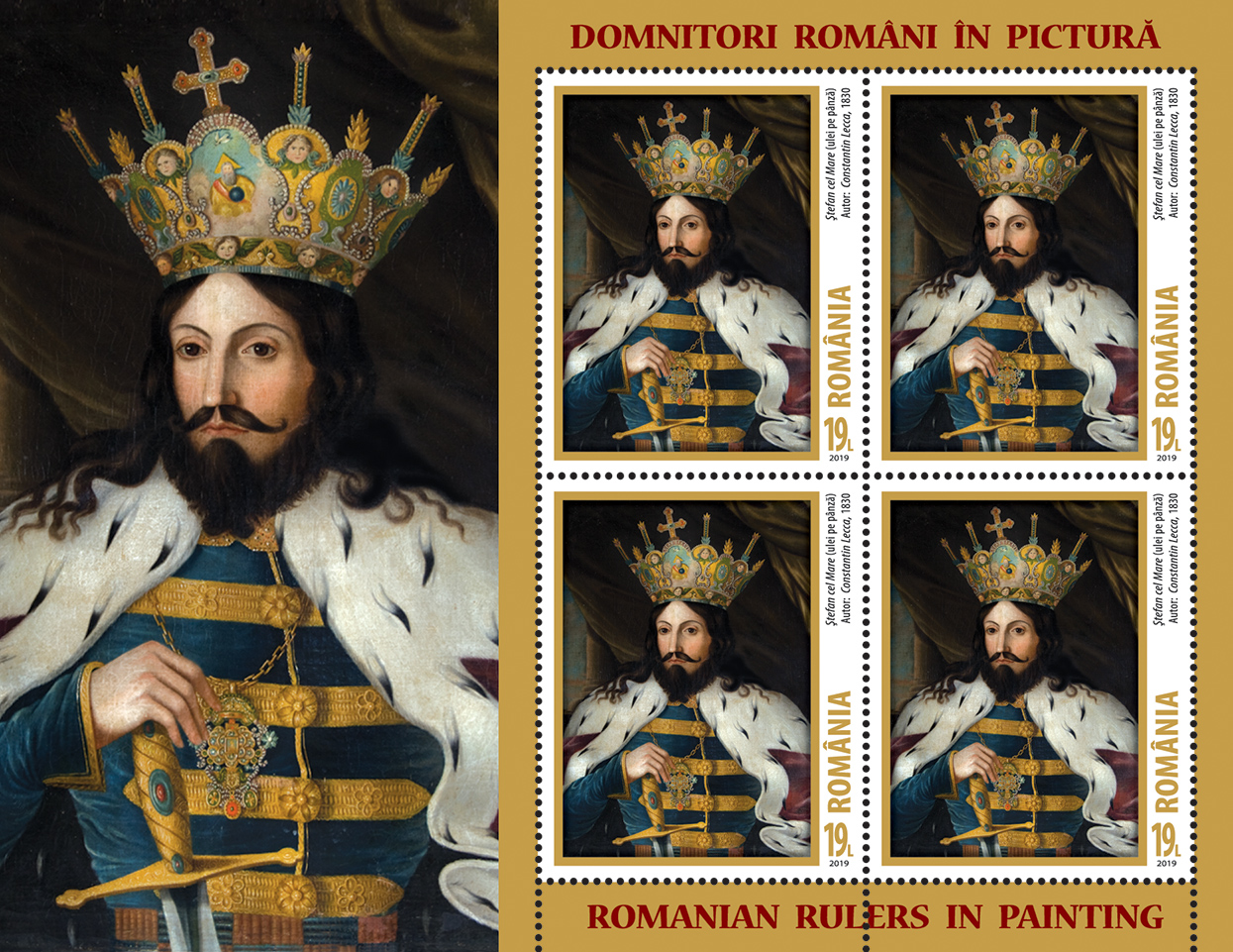 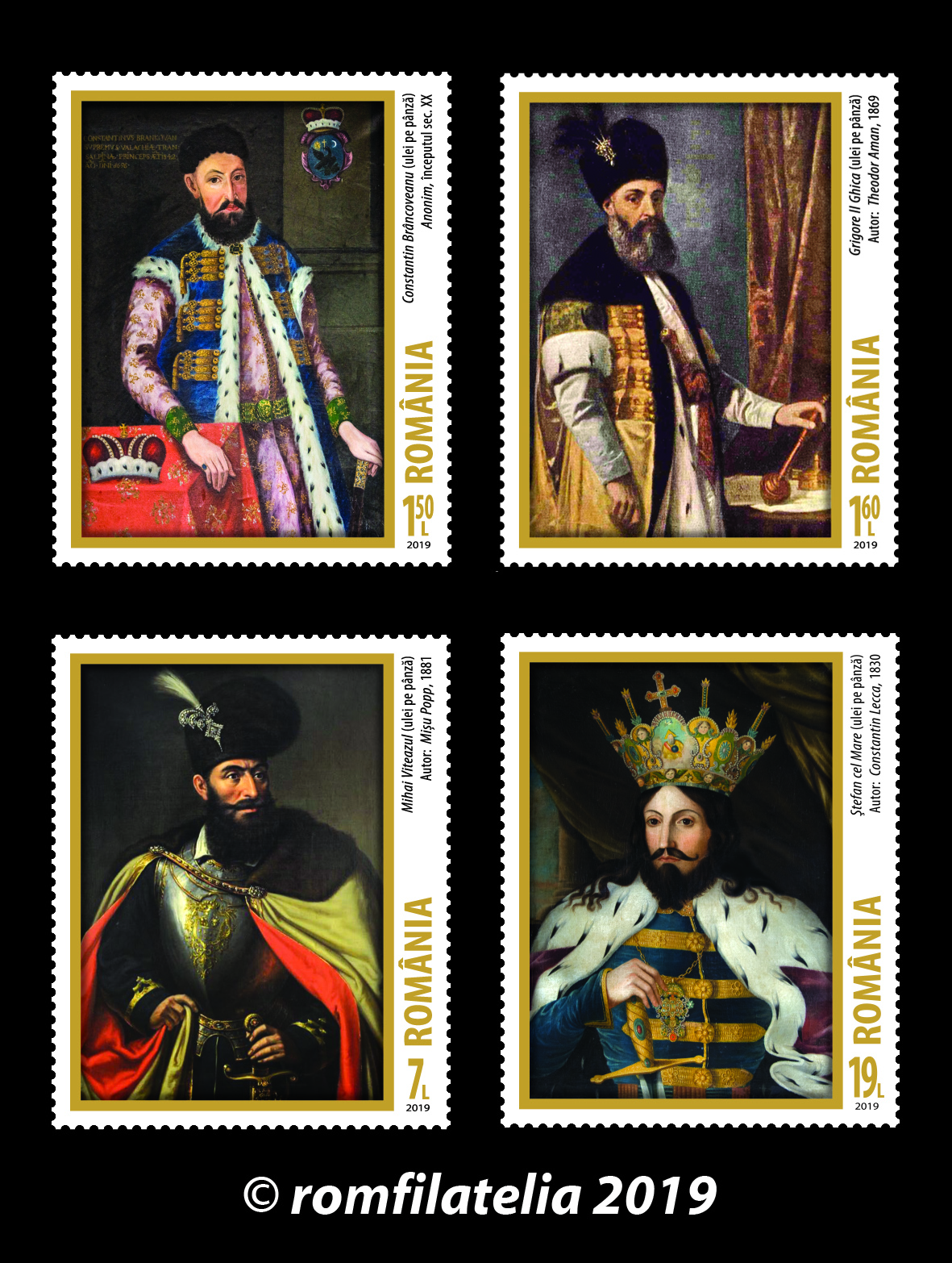 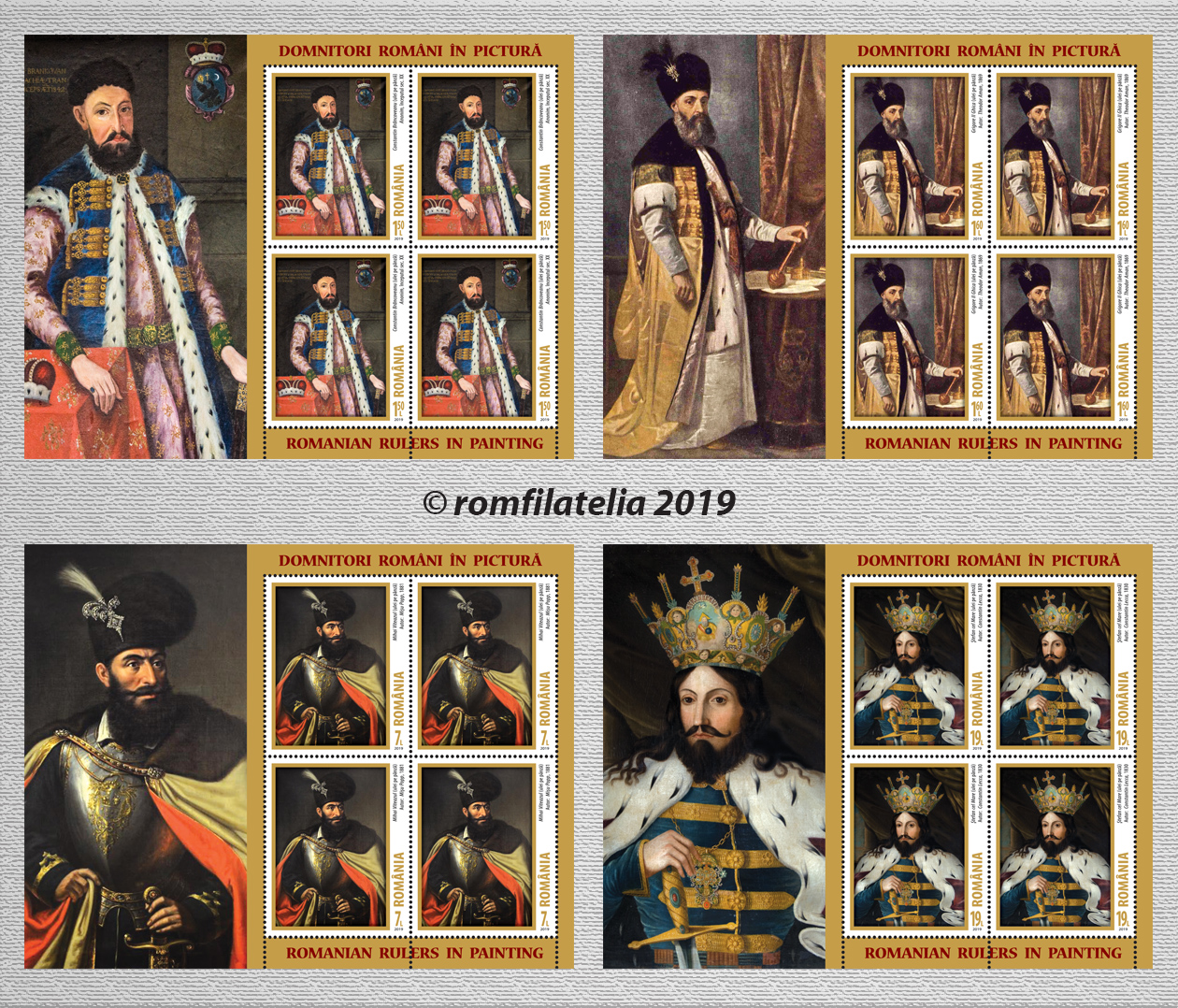 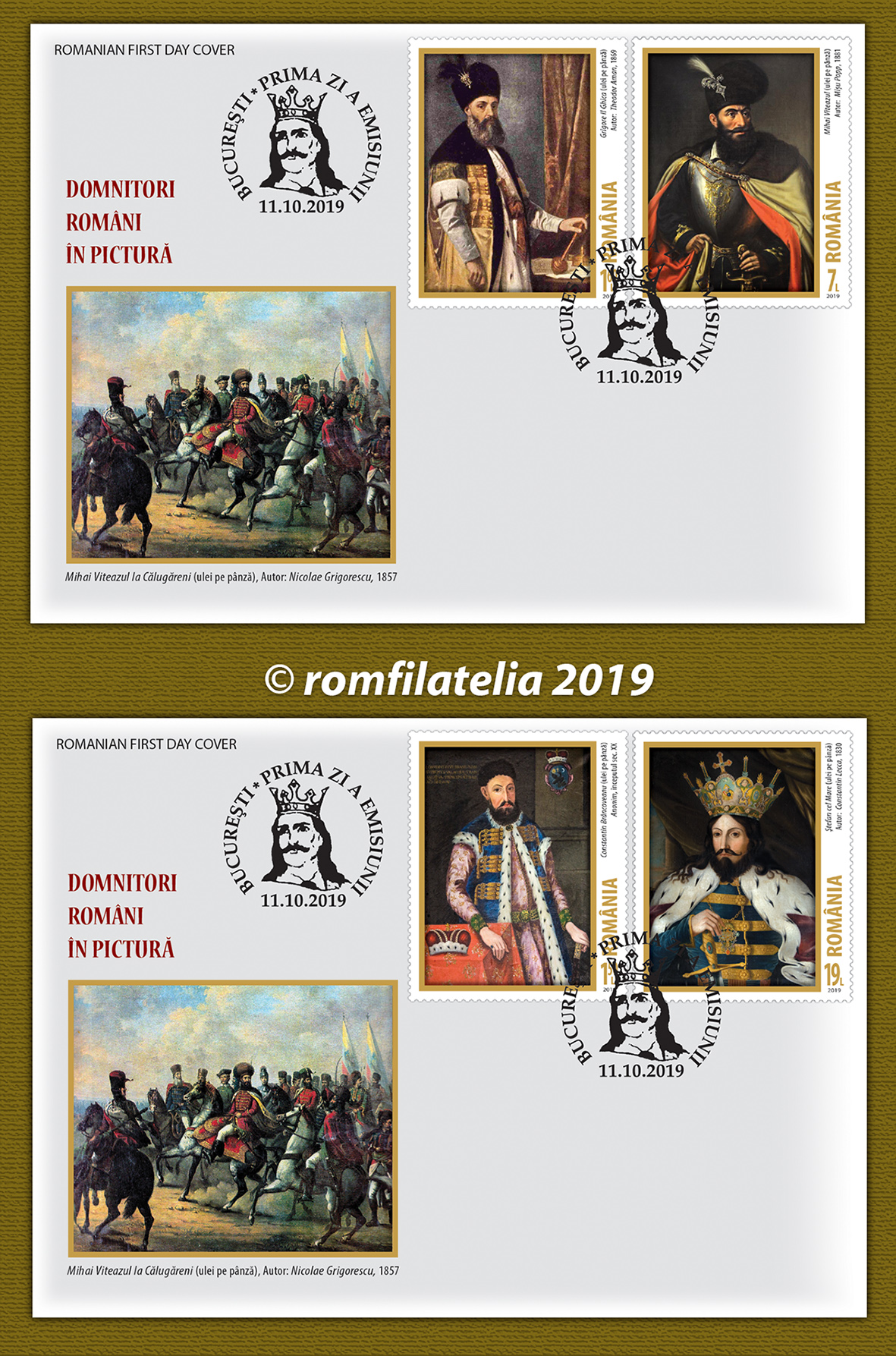 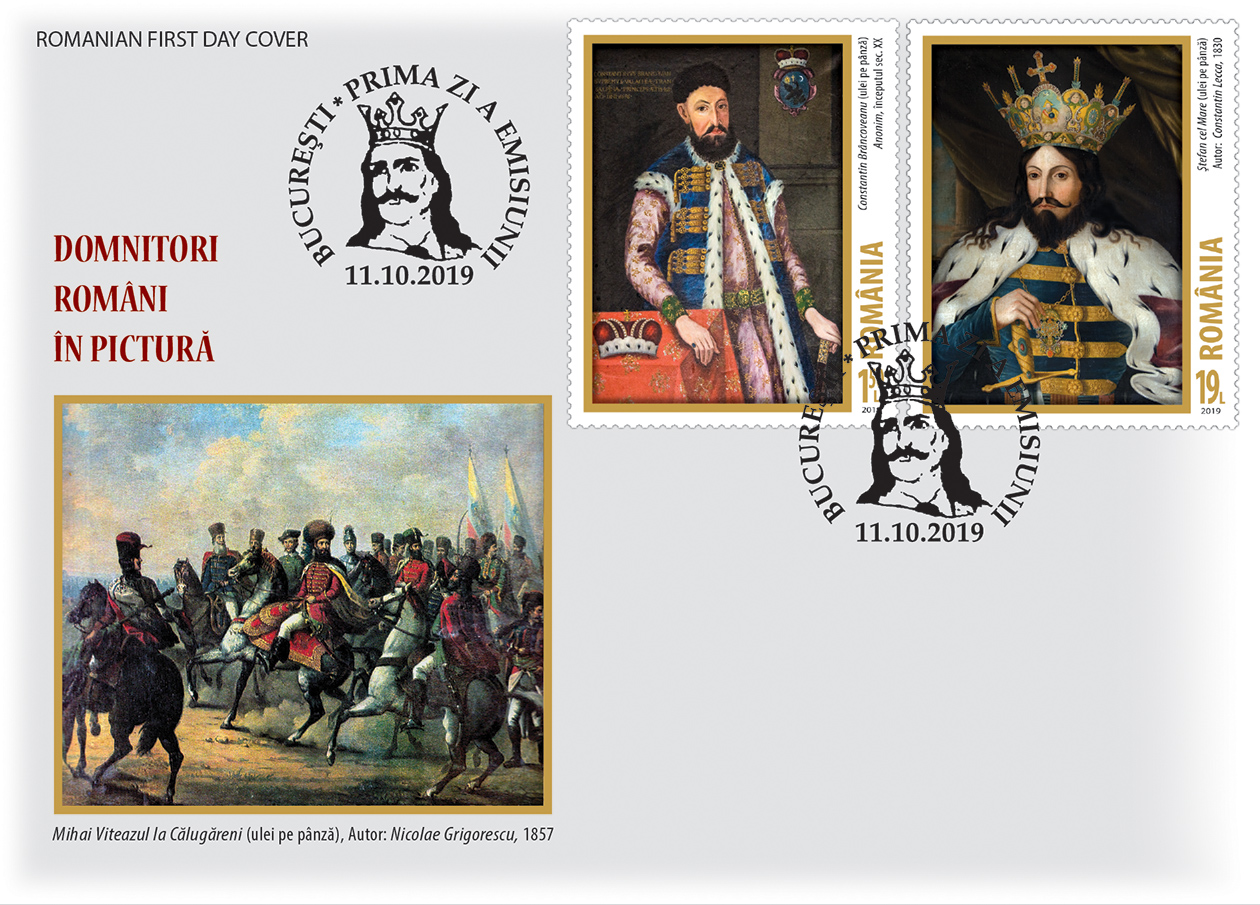 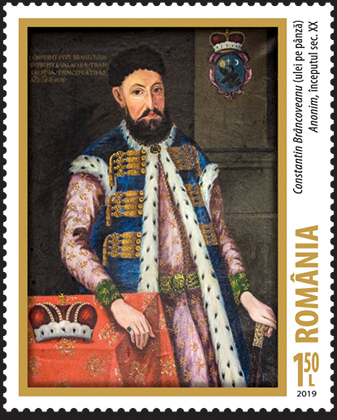 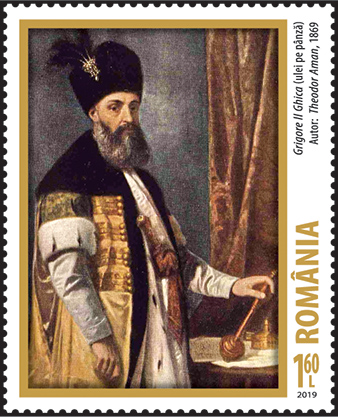 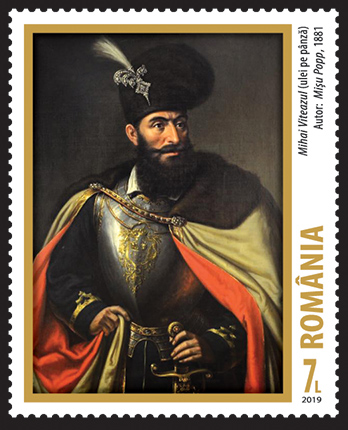 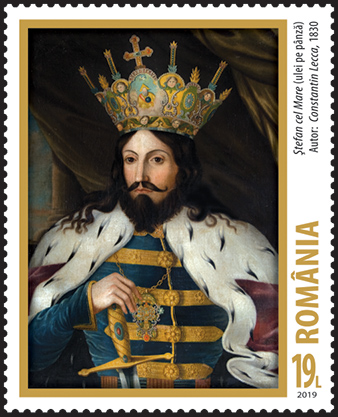