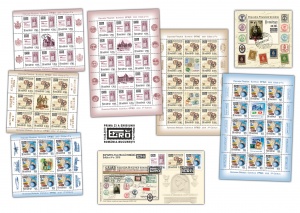 One of the great rarities of the Romanian philately is illustrated in beautiful graphic manner, on the stamp with the face value of Lei 3.10, on which it shows, the reproduction of an envelope circulated in 1858 with multiple franking of 27 Parale Bull’s Head + 27 Parale Bull’s Head postage stamps, which accompanied a shipment of money (group) with 200 gold coins (the equivalent of Lei 6300). The envelope was sent from the Bacau Post Office on October 27th and arrived in Iasi on October 30th.

54 Parale represented the tariff for a letter of up to 2.5 drams (approximately 8 grams) in the 2nd distance step (over 8 posts, counted as 16 hours). This envelope is a great rarity and a top piece of the classic Romanian philately, being one of the nine envelopes with multiple franking from the 1st edition of Bull’s Head known today. One is in a postal museum, four others were in the collection of King Carol II, which disappeared after 1950 and the rest are in private collections. Also, only sixteen copies of 27 Parale with the BAKEU postmark that are inventoried, seven of which are in the letter. This envelope was part of the famous Rothschild collection. The image of the stamp is completed with an enlarged detail of the multiple franking, respectively of the two stamps of 27 Parale.

On the souvenir sheet there are also represented reproductions of stamps from the philatelic anniversary issue dedicated to the event “75 years since the issuing of the first Romanian postage stamp”, launched at the opening of the EFIRO 1932 Exhibition, as well as the vignettes and “the insignia of the exhibition. Carol II was ranked at that time the third in the world in terms of collection value and was considered one of the top 10 great philatelists of his time. 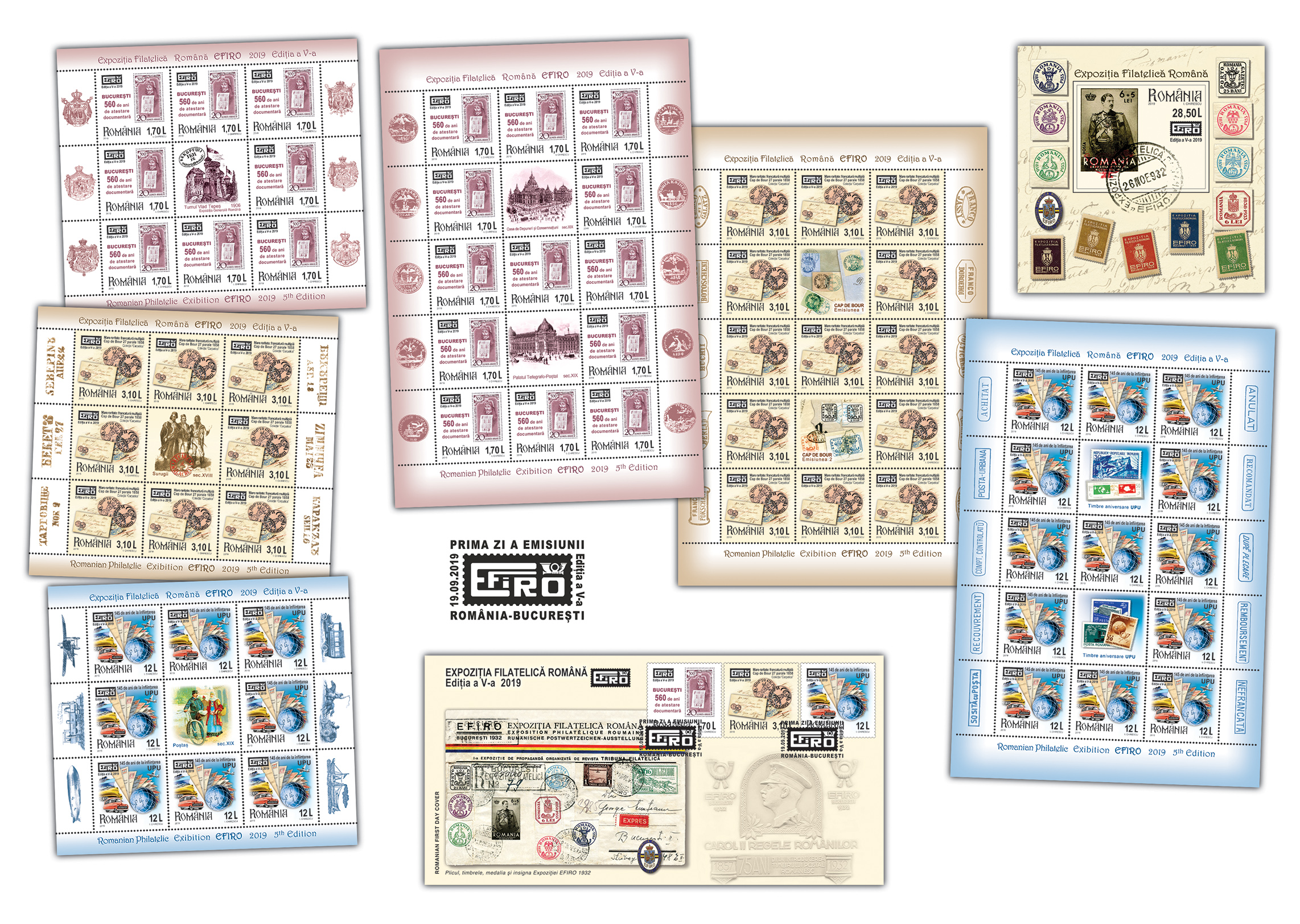 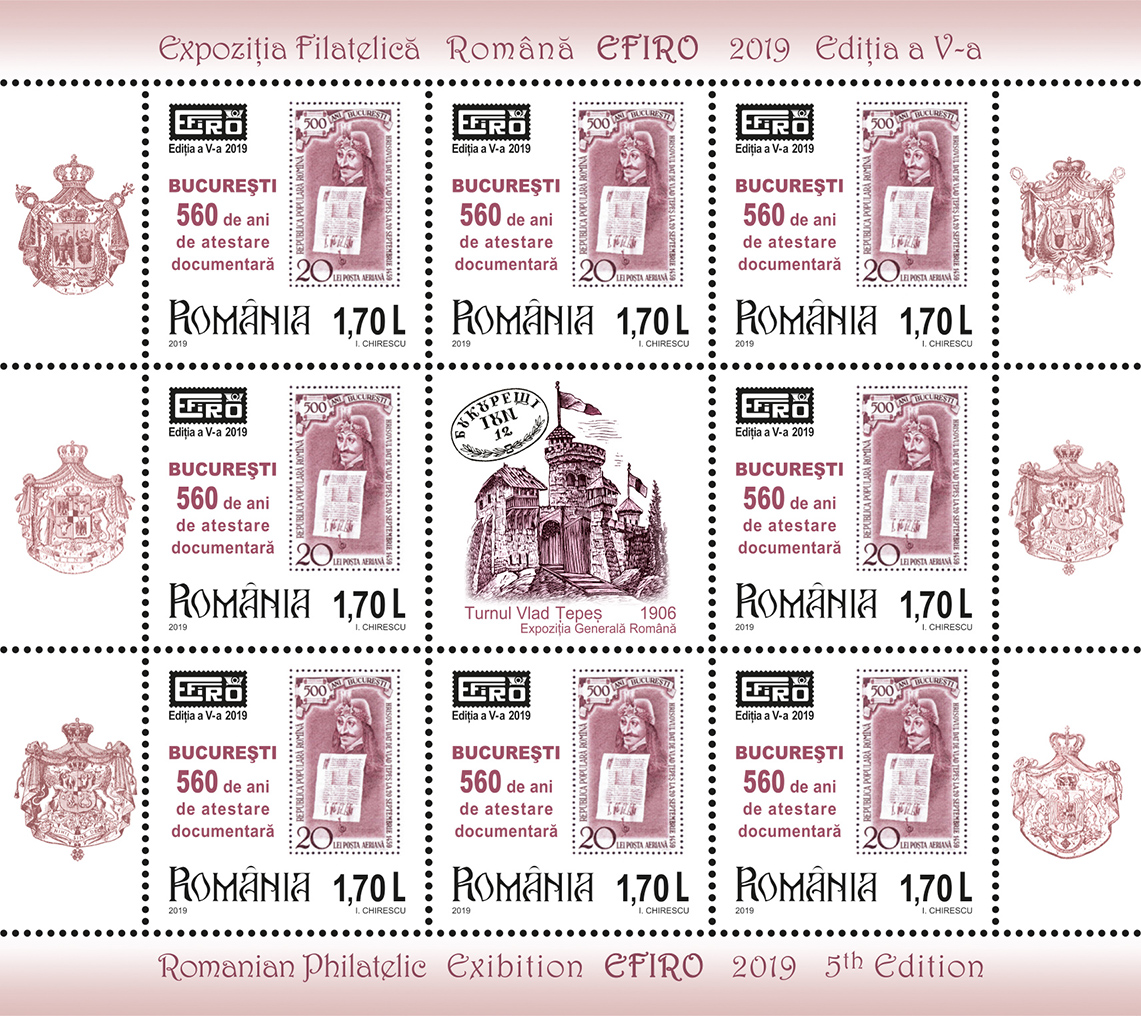 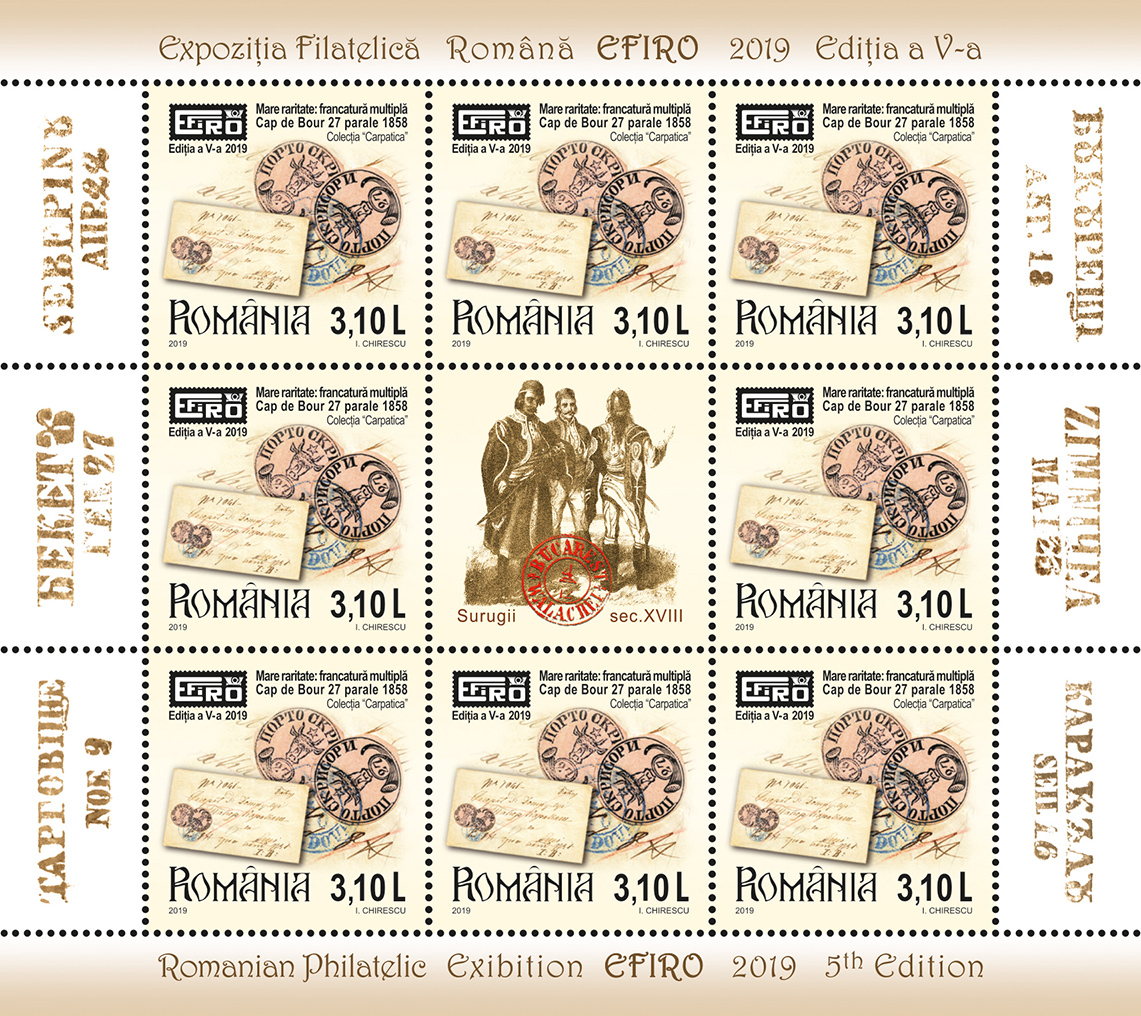 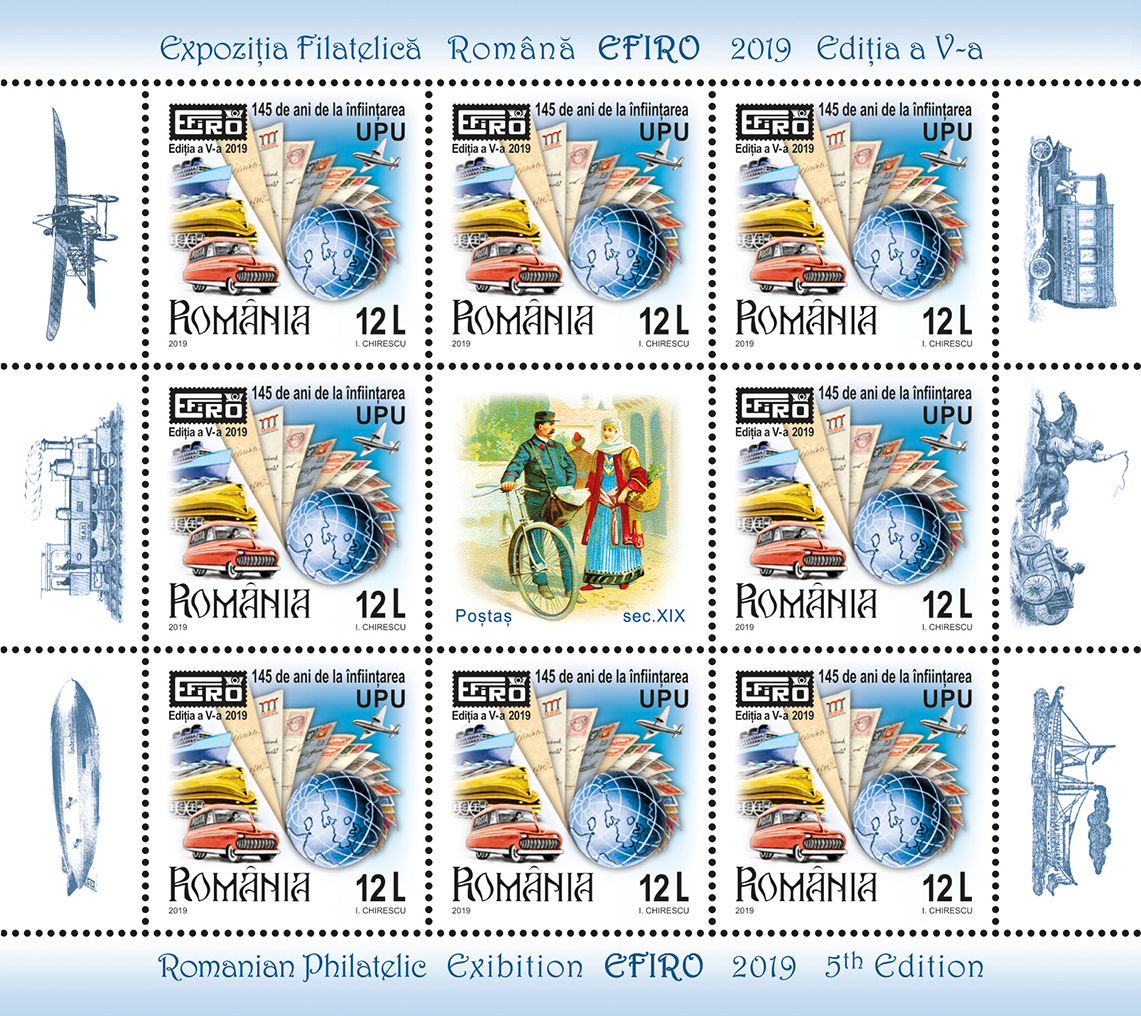 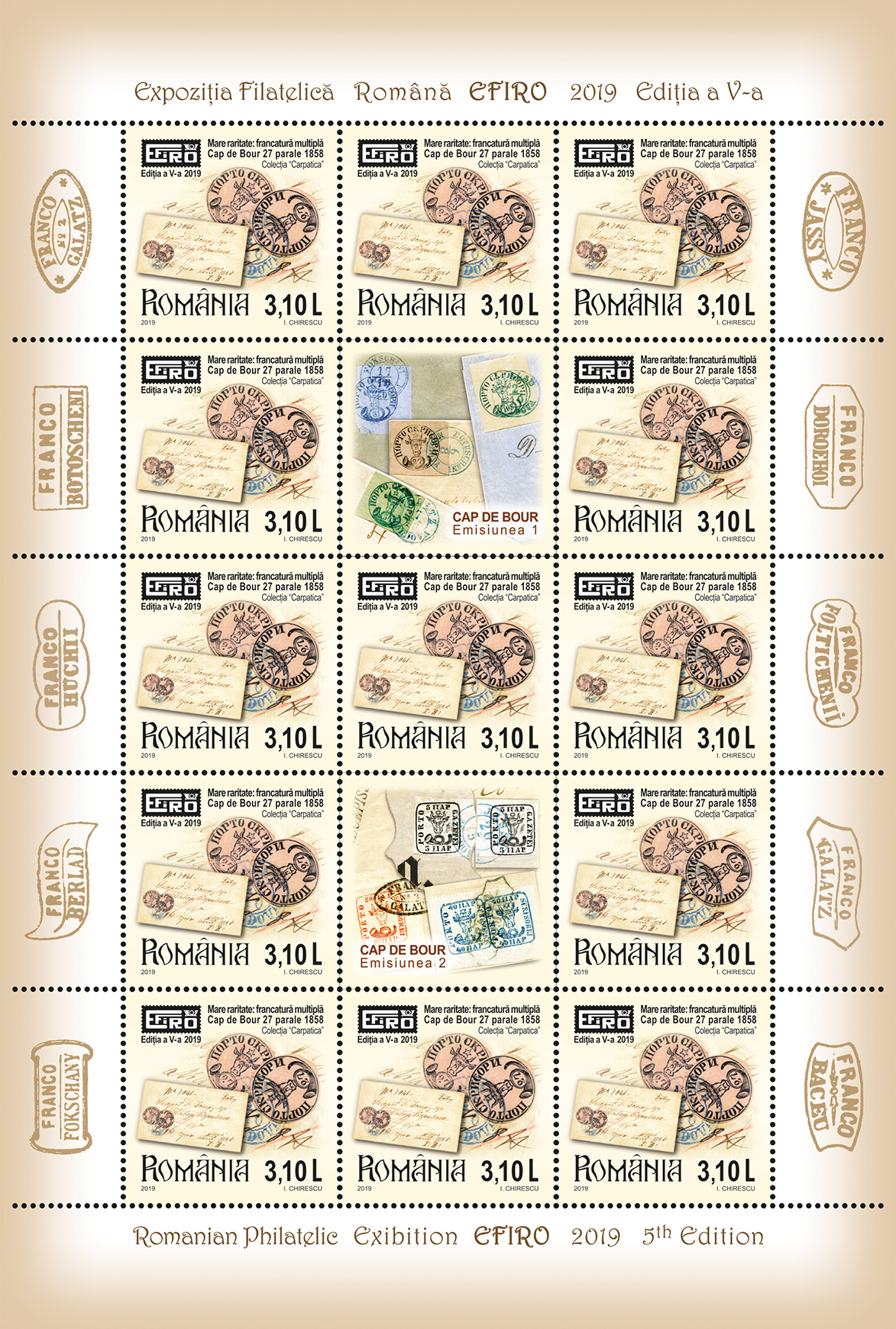 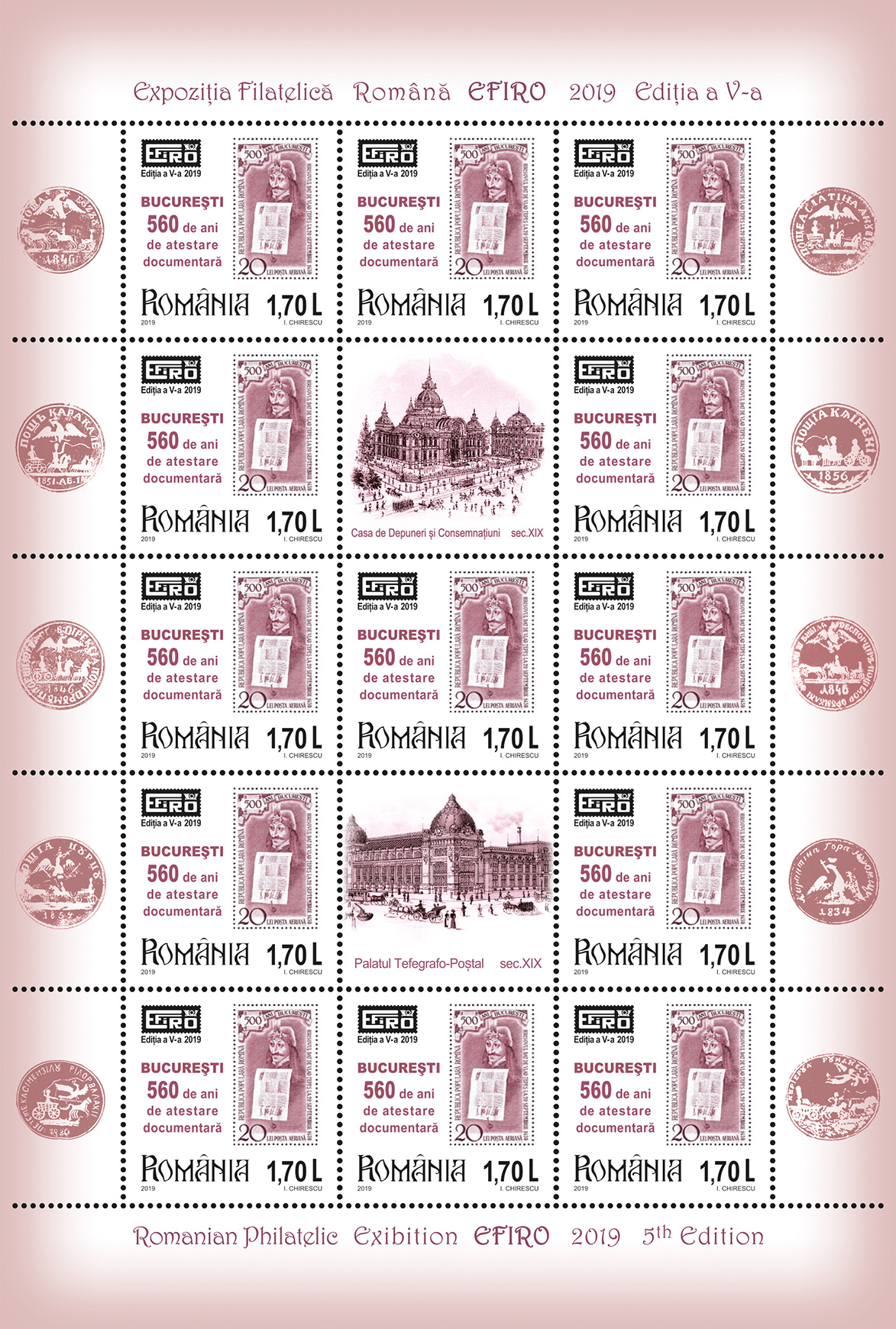 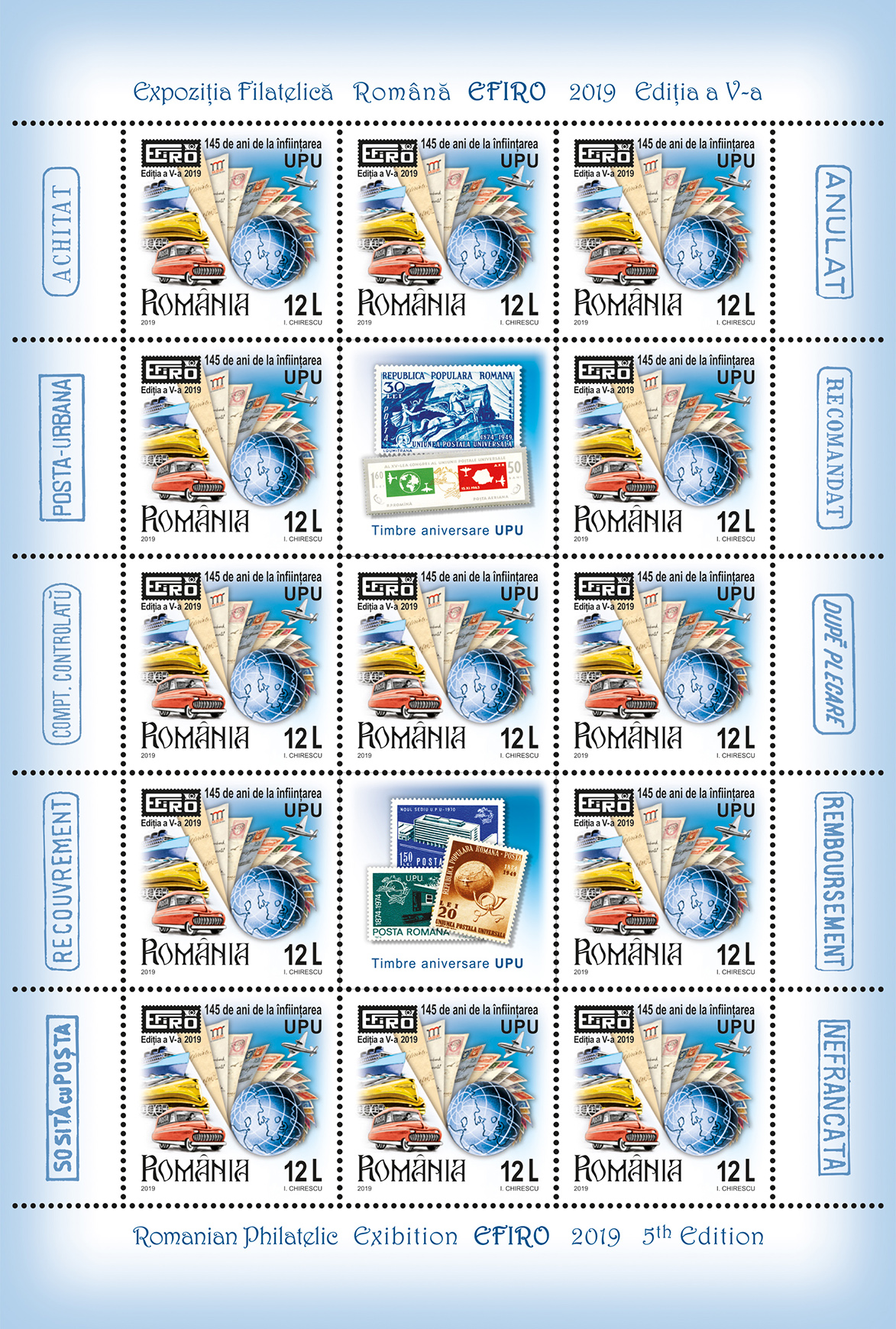 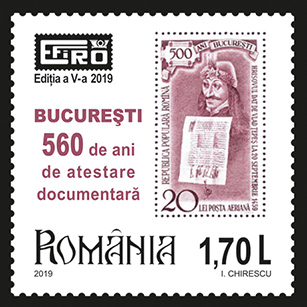 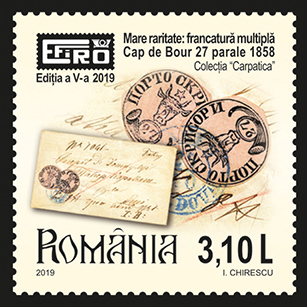 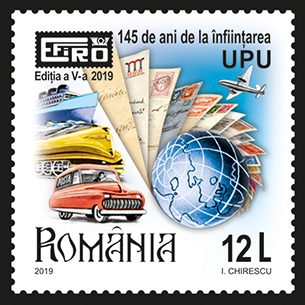 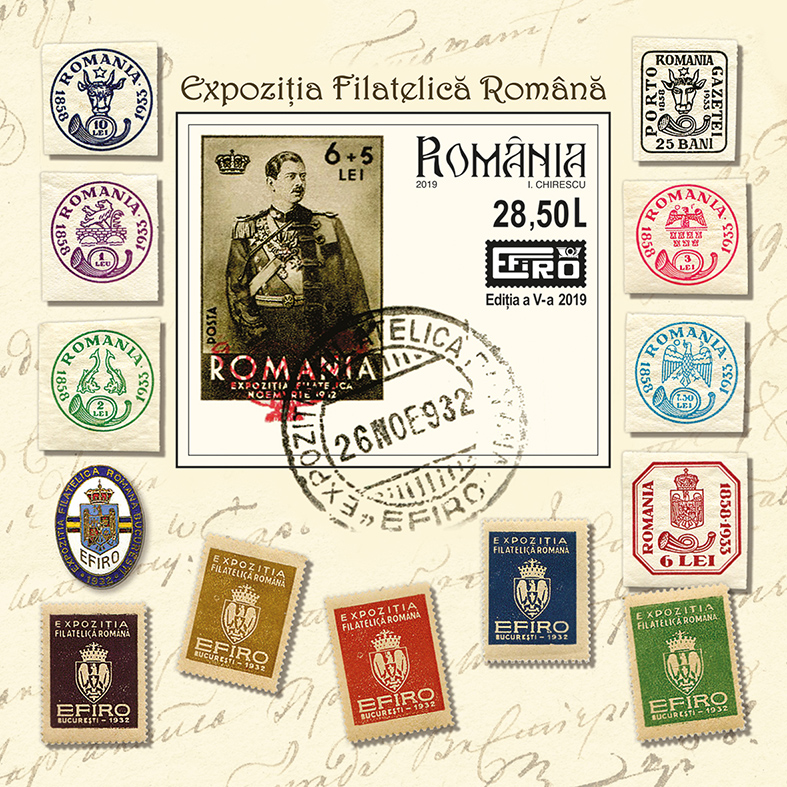