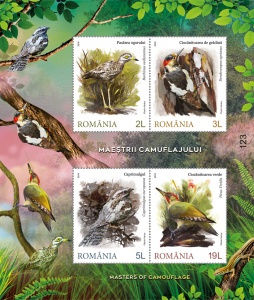 Keeping the tradition of philatelic projects dedicated to fauna, a topic appreciated by collectors and by the public, Romfilatelia introduces into circulation the postage stamp issue entitled Masters of Camouflage.

The Stone-curlew (Burhinus oedicnemus), represented on the stamp with the face value of Lei 2, is a species present in the Southern and Eastern part of Europe, characteristic of the steppe open areas, pasture-lands and agricultural crops. In Romania, it nests in the arid regions of Dobruja, the sandy grinds of the Danube Delta and some areas in the south of the country. In the cold season, it winters in Africa.

On the stamp with the face value of Lei 3 is illustrated the Syrian Woodpecker or the Spotted Woodpecker (Dendrocopos syriacus), a species that can be found in the Central and South-Eastern part of Europe. It prefers open areas such as orchards, parks and gardens, but we can also find it in broad-leaved and coniferous forests, where tree trunks exceed 25 cm in diameter. In Romania it is present throughout the year and is spread especially in the lowlands.

Species present on most of the European continent, the European nightjar (Caprimulgus-europaeus), illustrated on the stamp with the face value of Lei 5, is characteristic of open and arid areas, represented by open wood areas of coniferous forests or mixed forests and pasture-lands. A population of 12,000-15,000 pairs of birds is estimated in Romania, with the largest number being found in Russia, Turkey, Spain and France. It winters in Africa.

The European Green Woodpecker (Picus viridis), also known in Romania as “ghionoaia verde”, represented on the stamp with the face value of Lei 19, is part of the Piciformes order and the Picidae family. Is one of the most widespread woodpeckers in Central Europe, Northwest Africa, Asia Minor, Iran. In Romania, it is present throughout the year and is commonly met in broad-leaved forests with openings, but also in parks and open areas with clumps of trees.

The new issue will be available on Friday, September 14th, 2018, in Romfilatelia’ own shops network in Bucharest, Bacau, Brașov, Cluj-Napoca, Iași and Timișoara and online on http://romfilatelia.ro/store/. The postage stamp issue is completed by a set of two First Day Covers and a set of 4 maxi cards, as page composition there were used a sheet of 20 stamps, a minisheet of 5 stamps (one of the stamps has the image of the subject reproduced “in the mirror”, keeping the explanatory texts and the face value identical to those of the other stamps) + 1 label + illustrated border and a block of 4 stamps.

The philatelic album is created into a limited edition of 247 pieces and is equipped with the block of 4 postage stamps of the issue and the set of two First Day Covers with “first day” postmark clearly imprinted with foiling, both products being numbered, from 001 to 247. 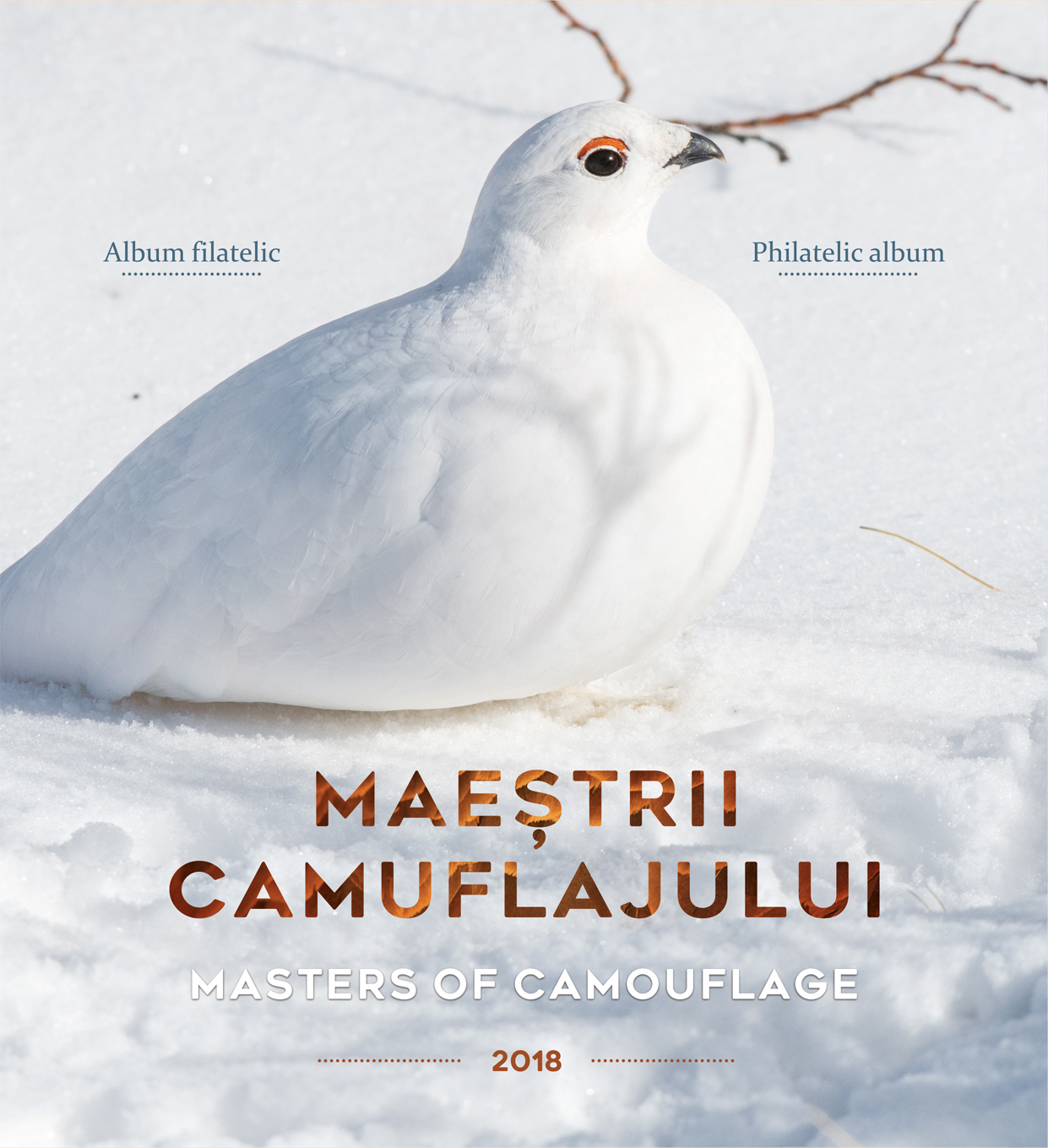 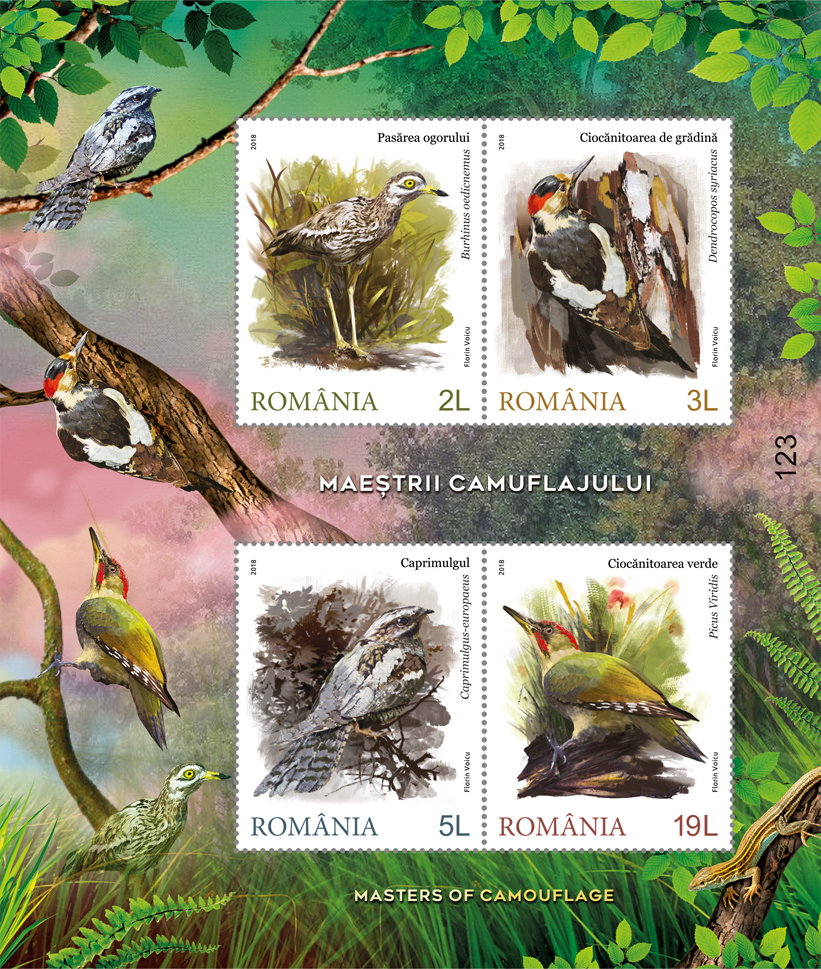 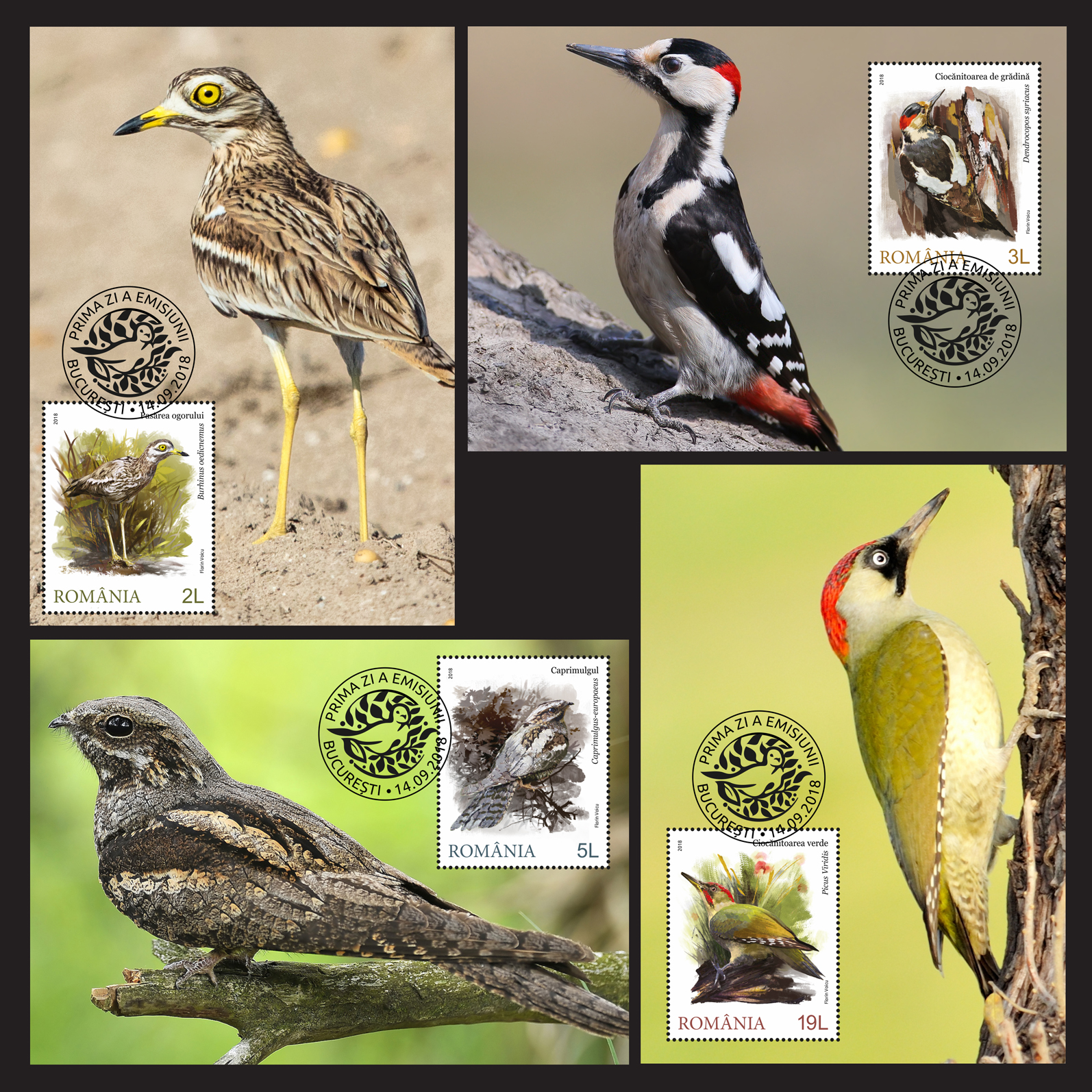 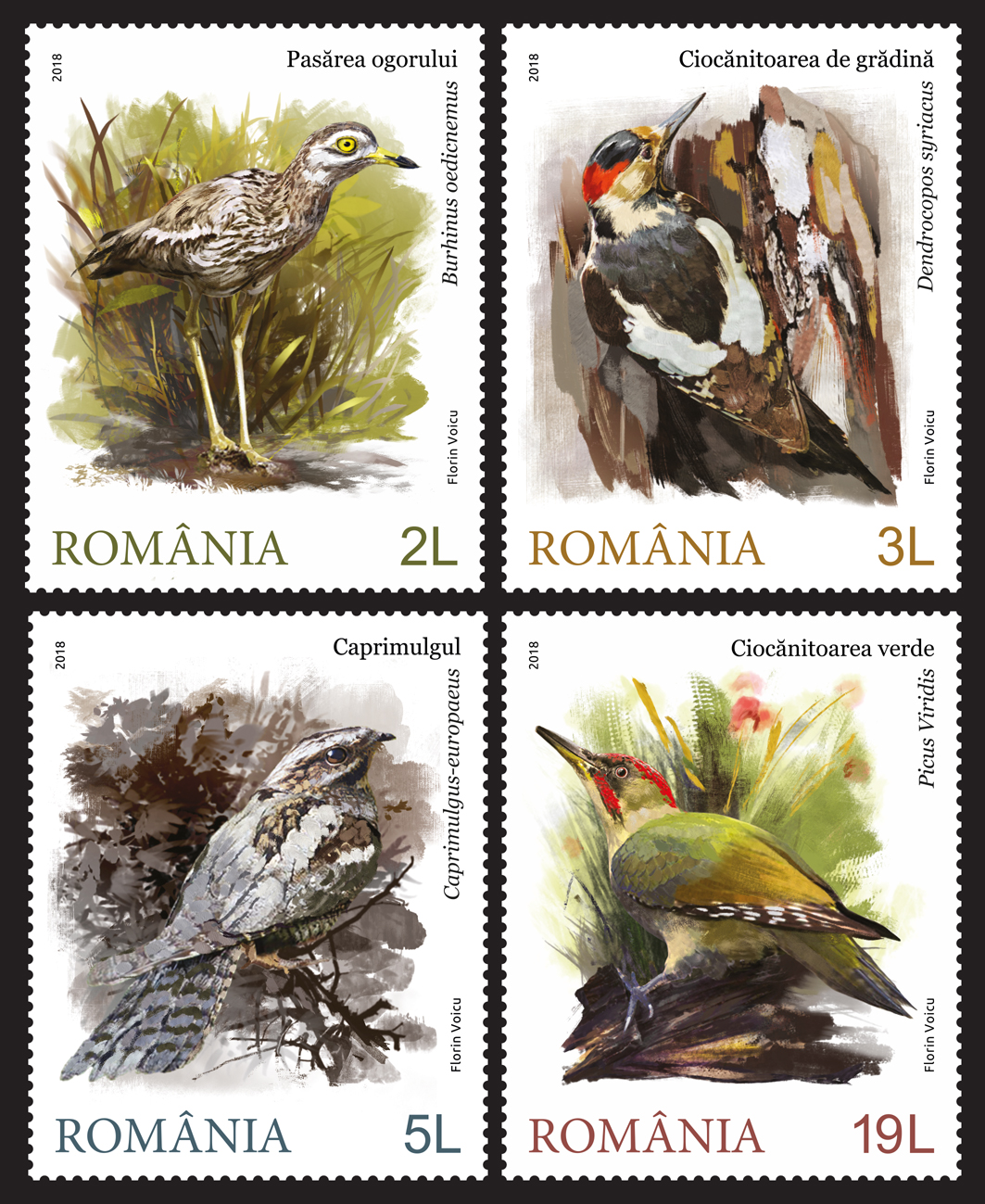 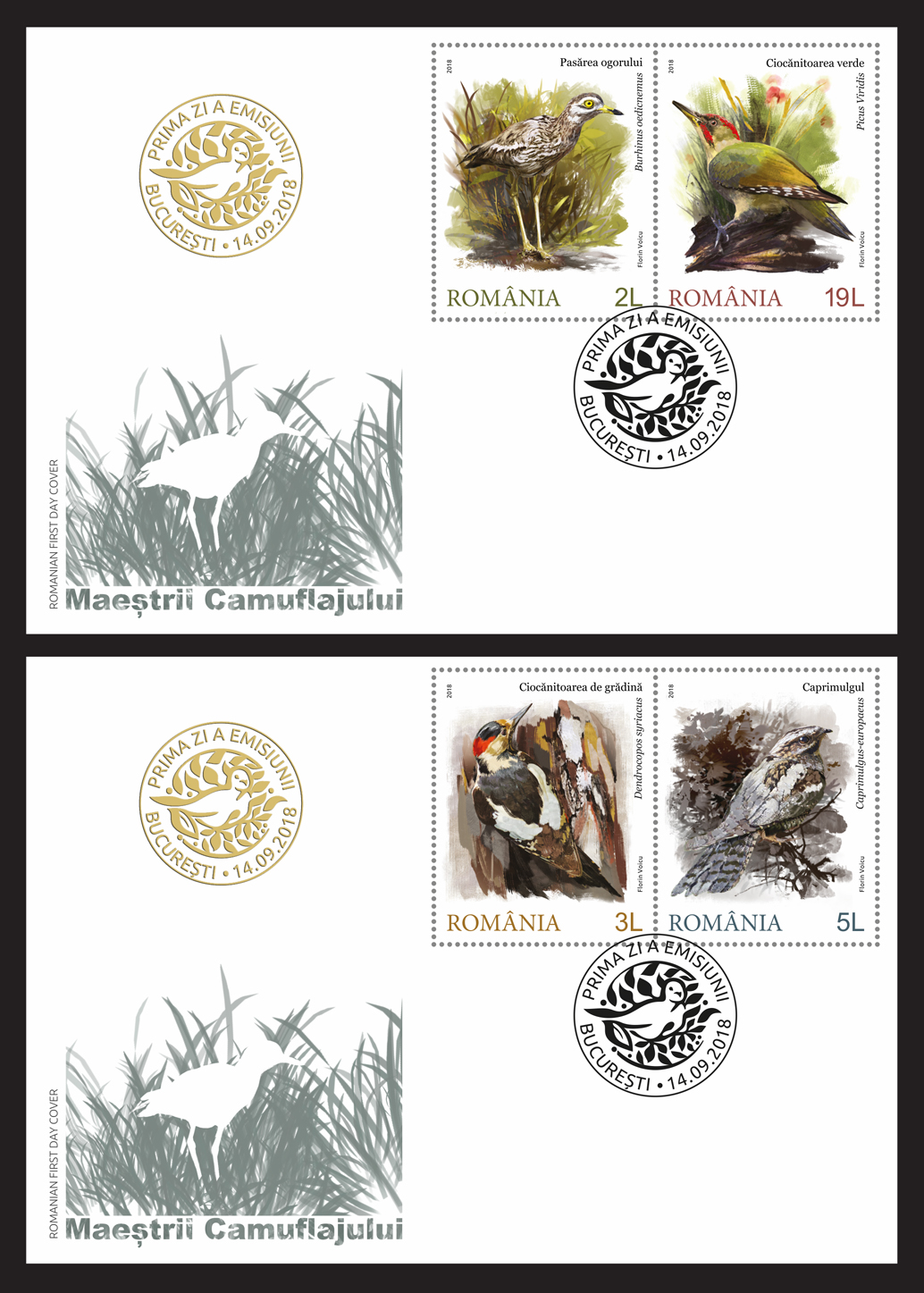 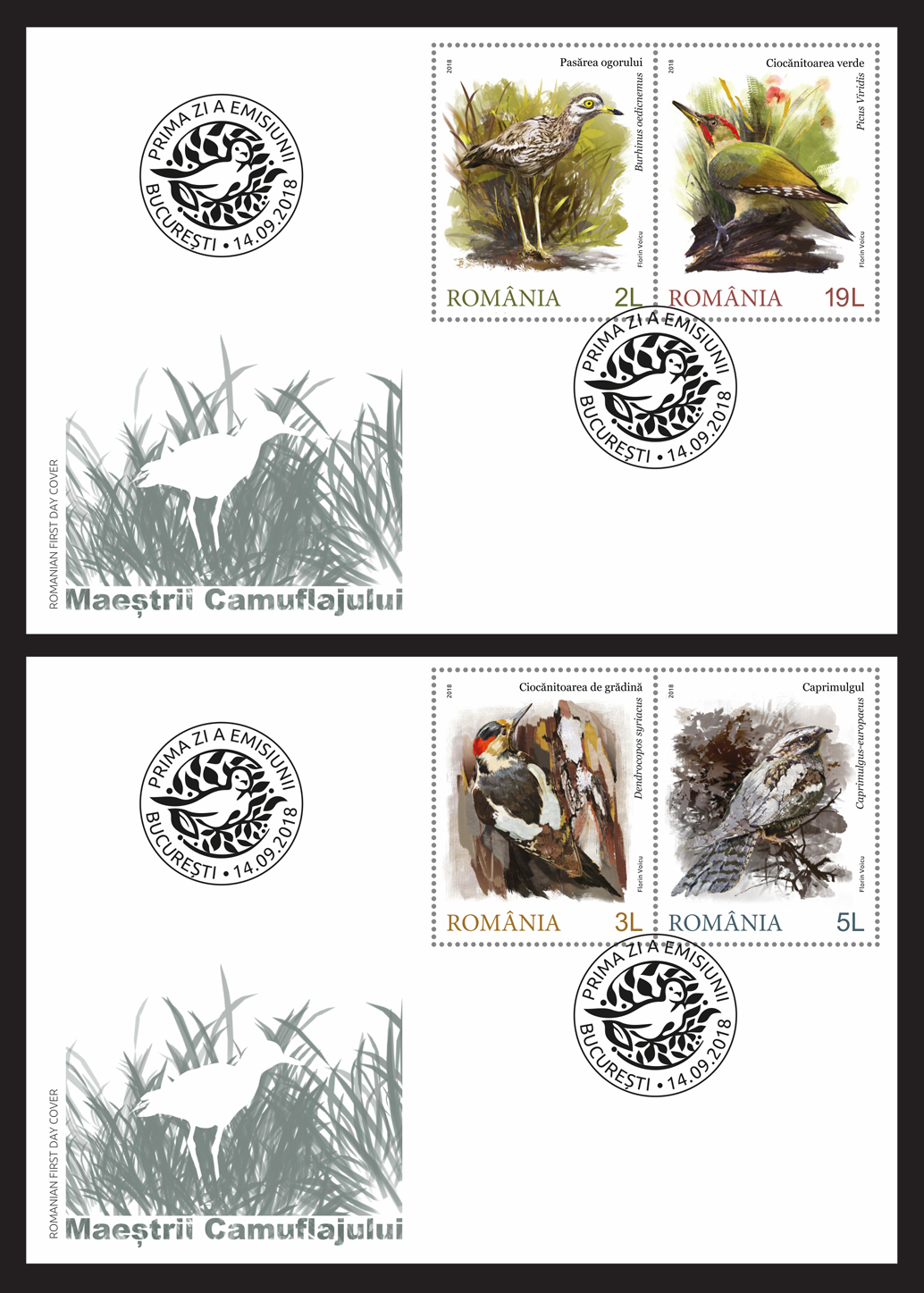 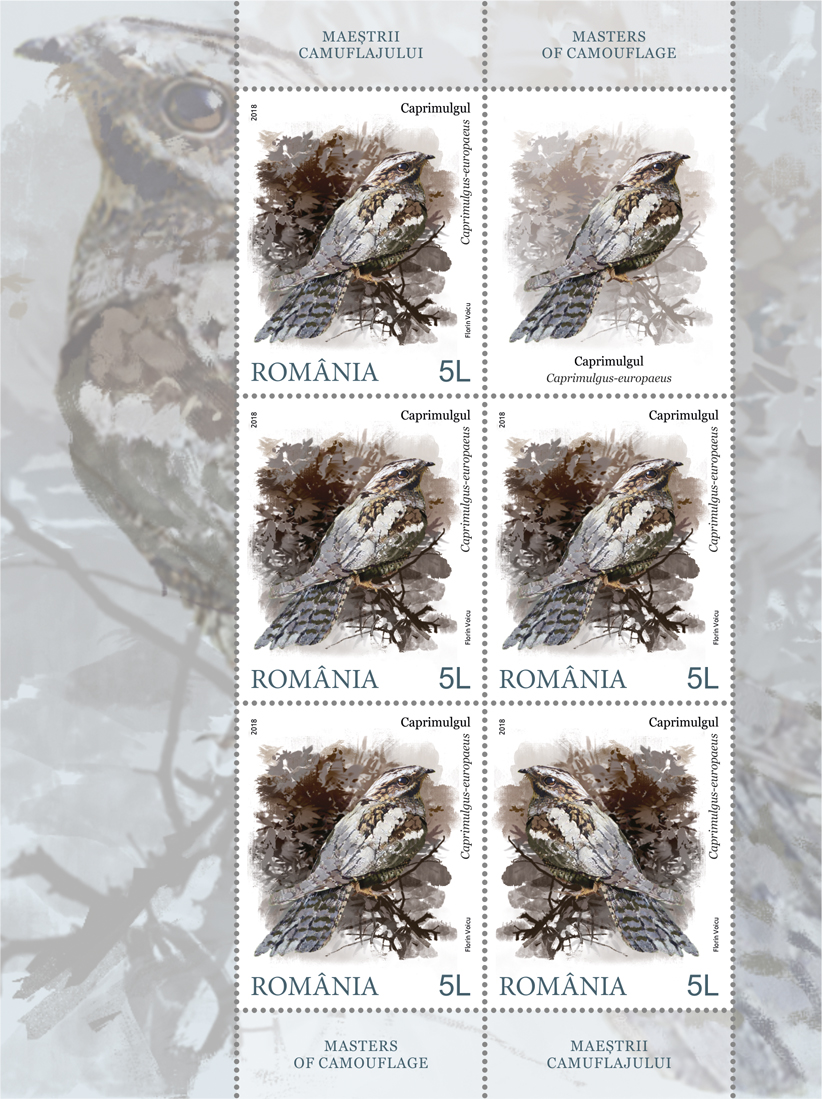 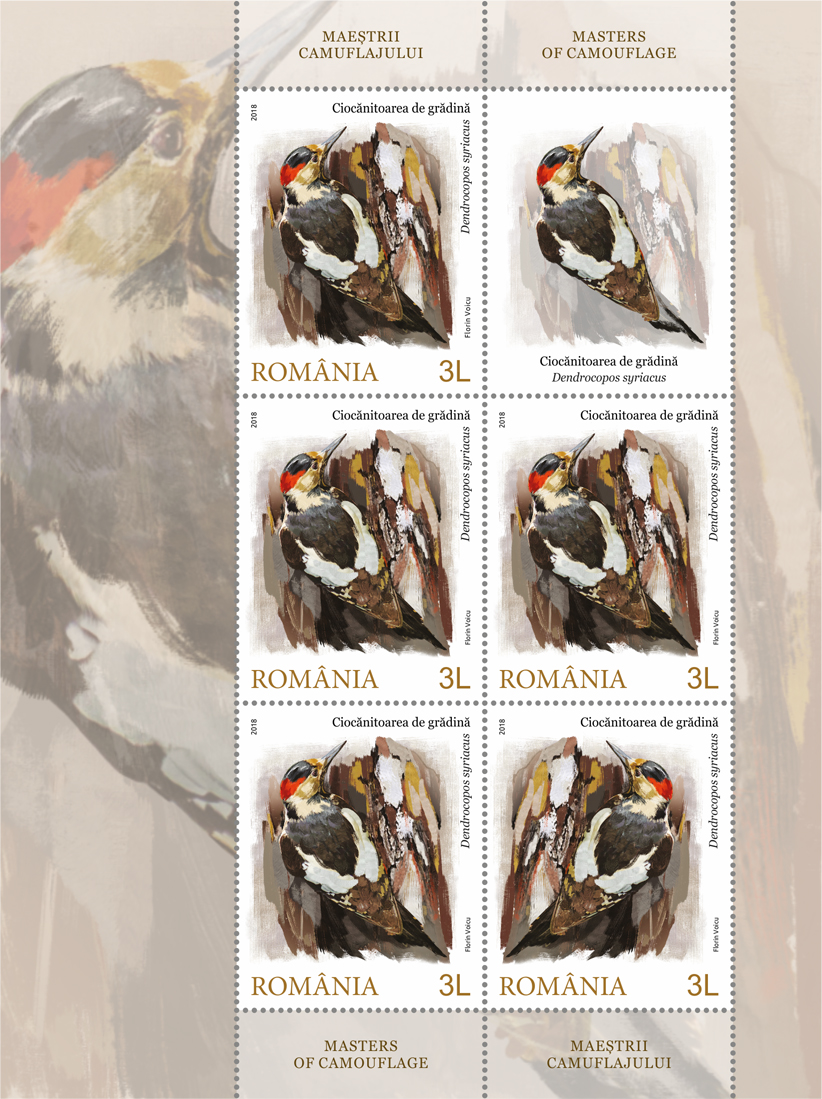 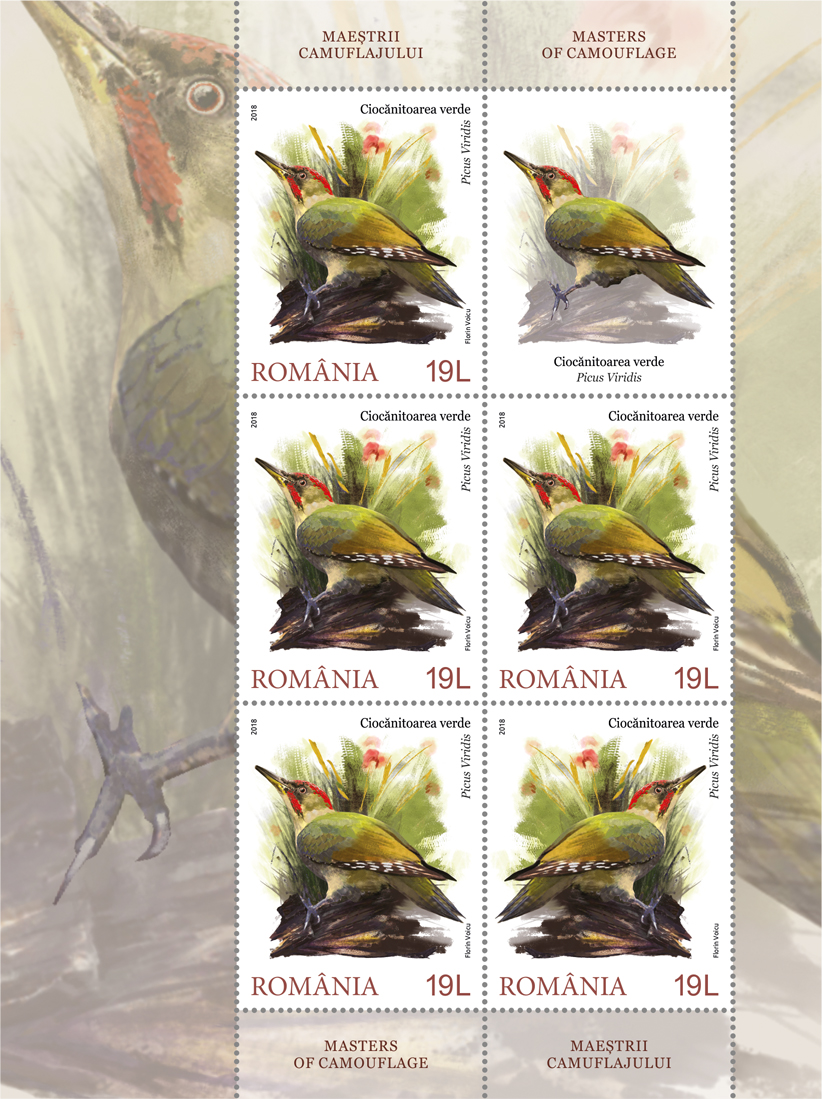 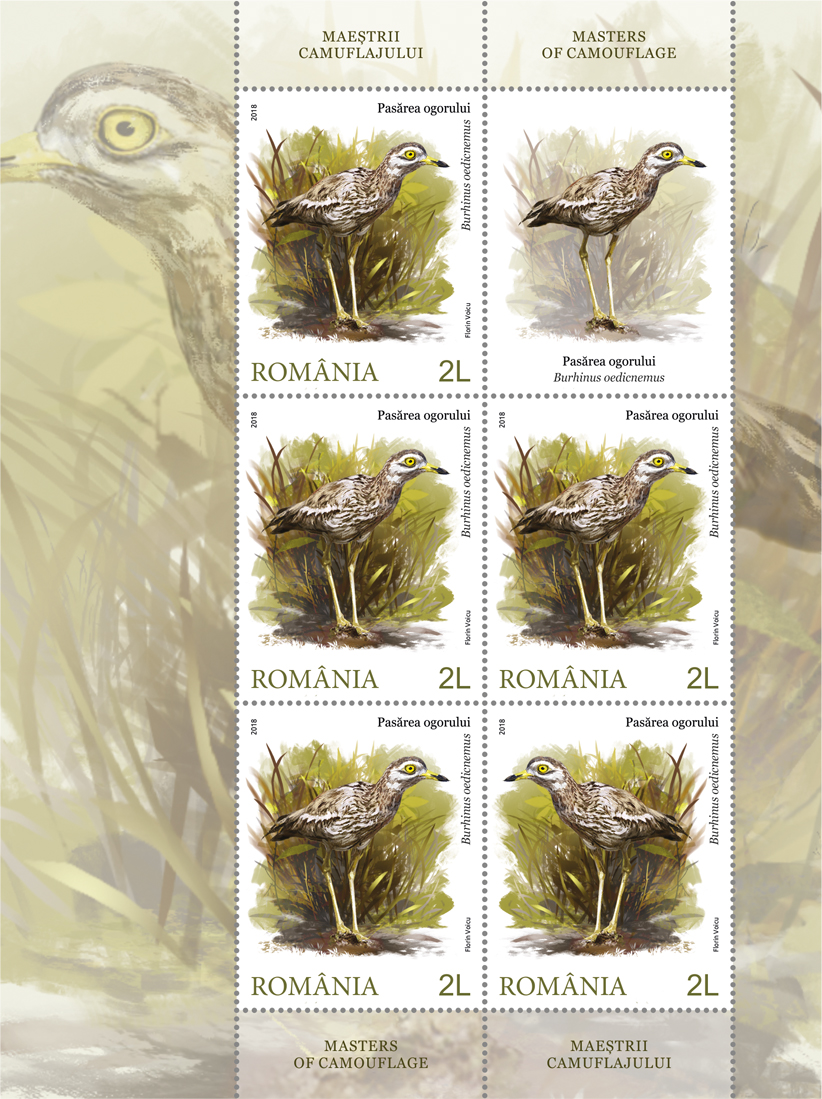