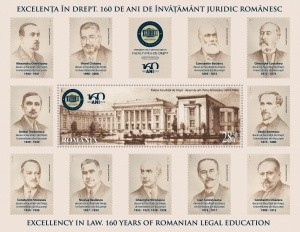 Then, under the reign of Alexandru Ipsilanti, new locations were built for the Academy during 1776-1779. In 1818, the Transylvanian scholar Gheorghe Lazar created The School of St. Sava, where courses were taught in Romanian.

In 1832, Petrache Poenaru performed an educational reform at the St. Sava National College, developing upper juridical and scientific education. In 1850, at the same time with the Education Reform, the upper courses having a juridical and scientific nature were established, and four years later the first class of lawyers graduated. On the 25th of November 1859, the Faculty of Law became an independent institution, having Constantin Bosianu as its first Dean. On the 4th/16th of July 1864, by the Decree no. 765, the Ruler Alexandru Ioan Cuza approved the establishment of the University of Bucharest by reuniting the three existing faculties: the Faculty of Law, the Faculty of Sciences and the Faculty of Letters and Philosophy.

Since 1864, the year of its establishment, the University of Bucharest has been significantly contributing to the development and modernization of the Romanian education, science and culture. The Faculty of Law had initially 9 departments, 9 Professors and 30 students. During the first academic years, the subjects taught were: Roman Law, Civil Romanian Law and Civil Law Procedure, Romanian Criminal Law and the Criminal Law Procedure, Commercial Law, Constitutional Law, Administrative Law and Political Economics. The period of the studies was of four years.

The postage stamps issue EXCELLENCE IN LAW. 160 YEARS OF ROMANIAN LEGAL EDUCATION  will be available on Thursday, November 21st  2019, in Romfilatelia’s shops network in Bucharest, Bacau, Brasov, Cluj-Napoca, Iasi and Timisoara and online on http://romfilatelia.ro/store/. 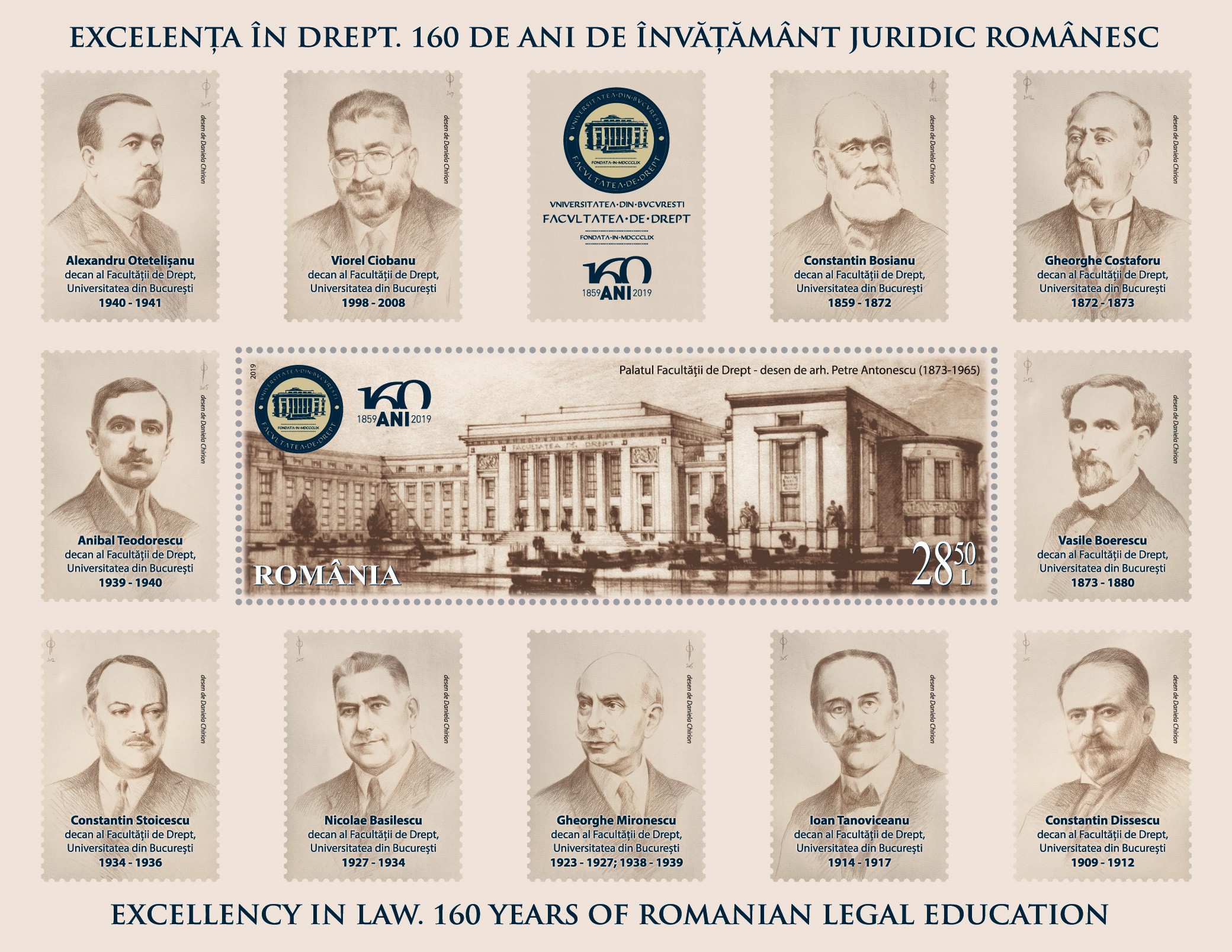 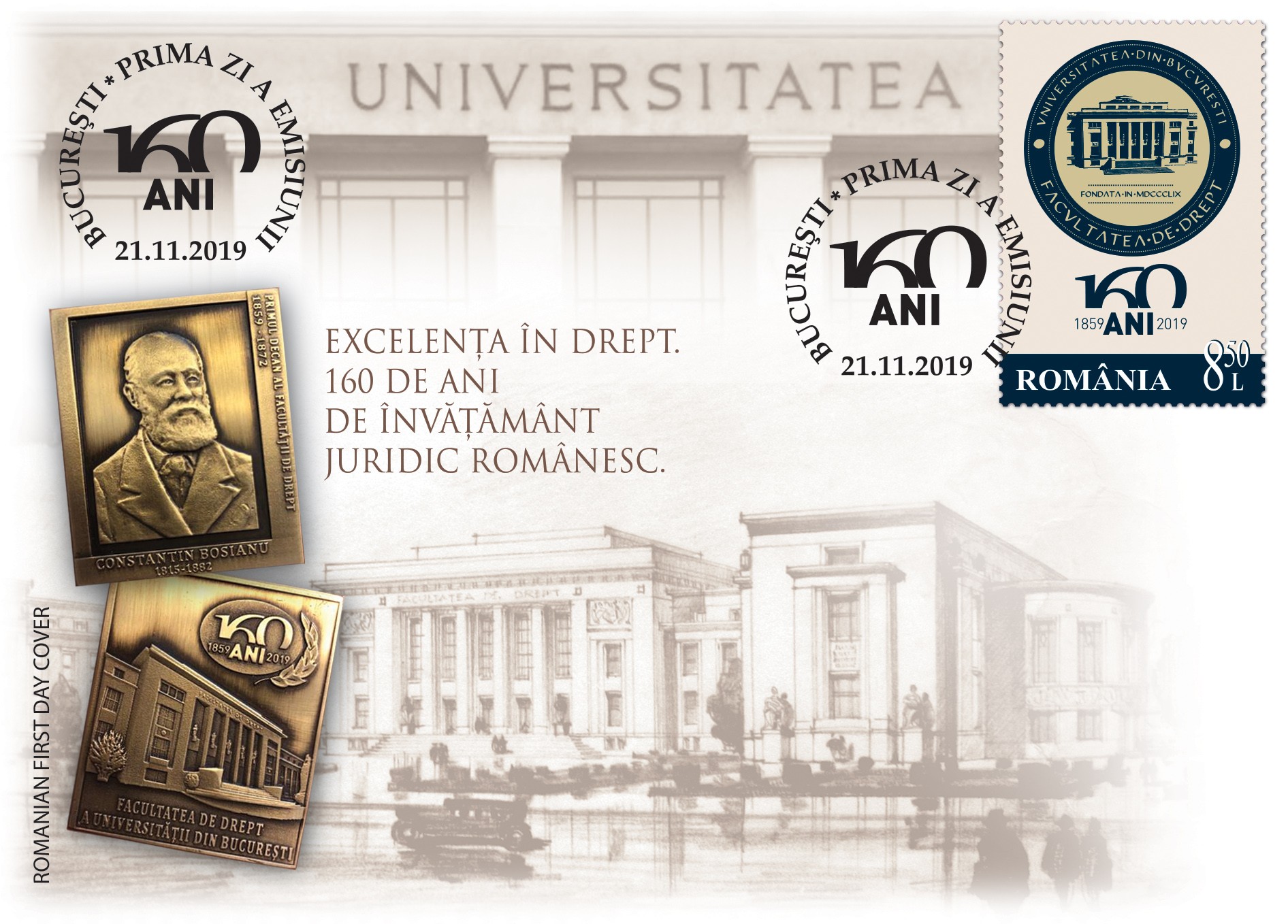 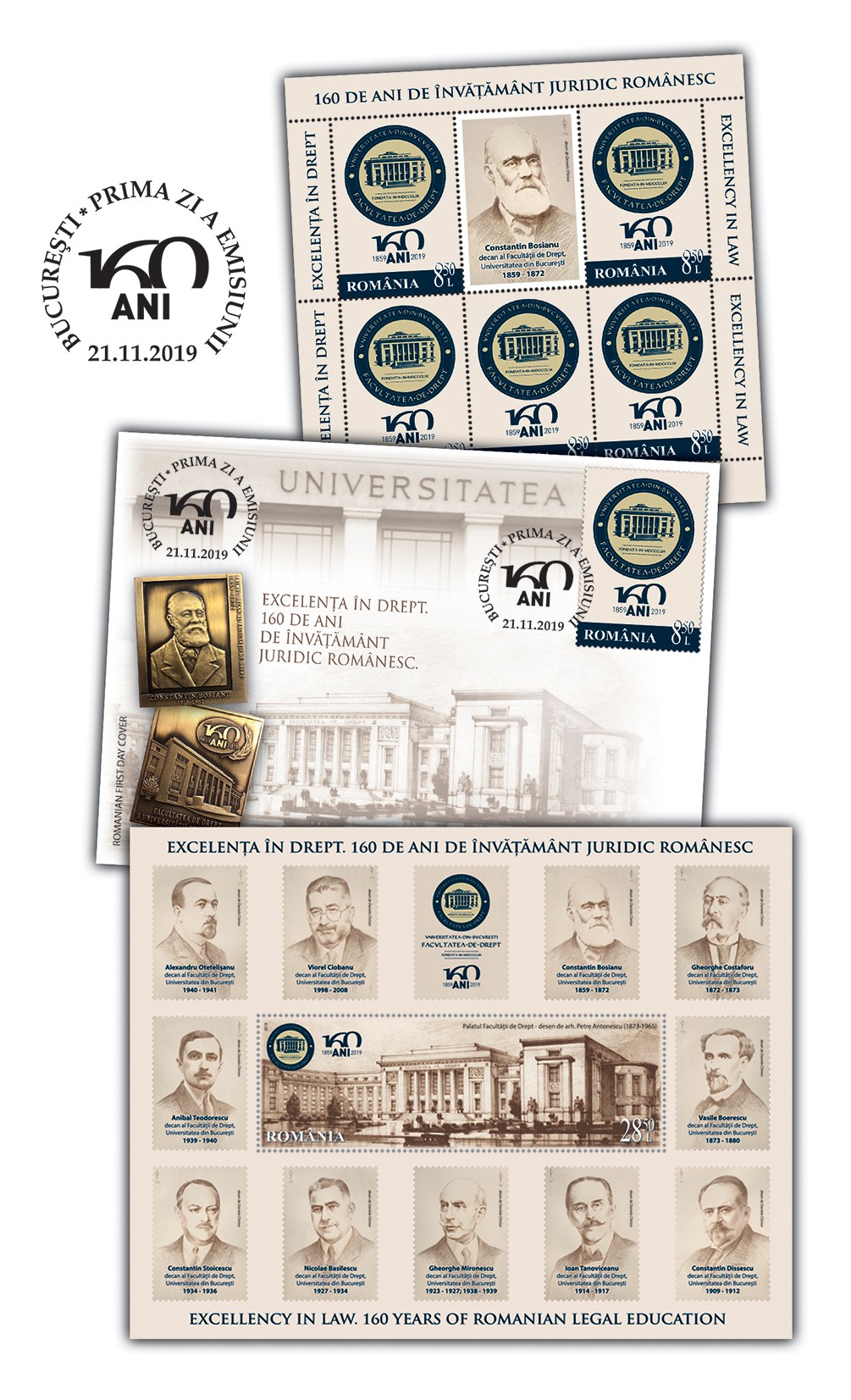 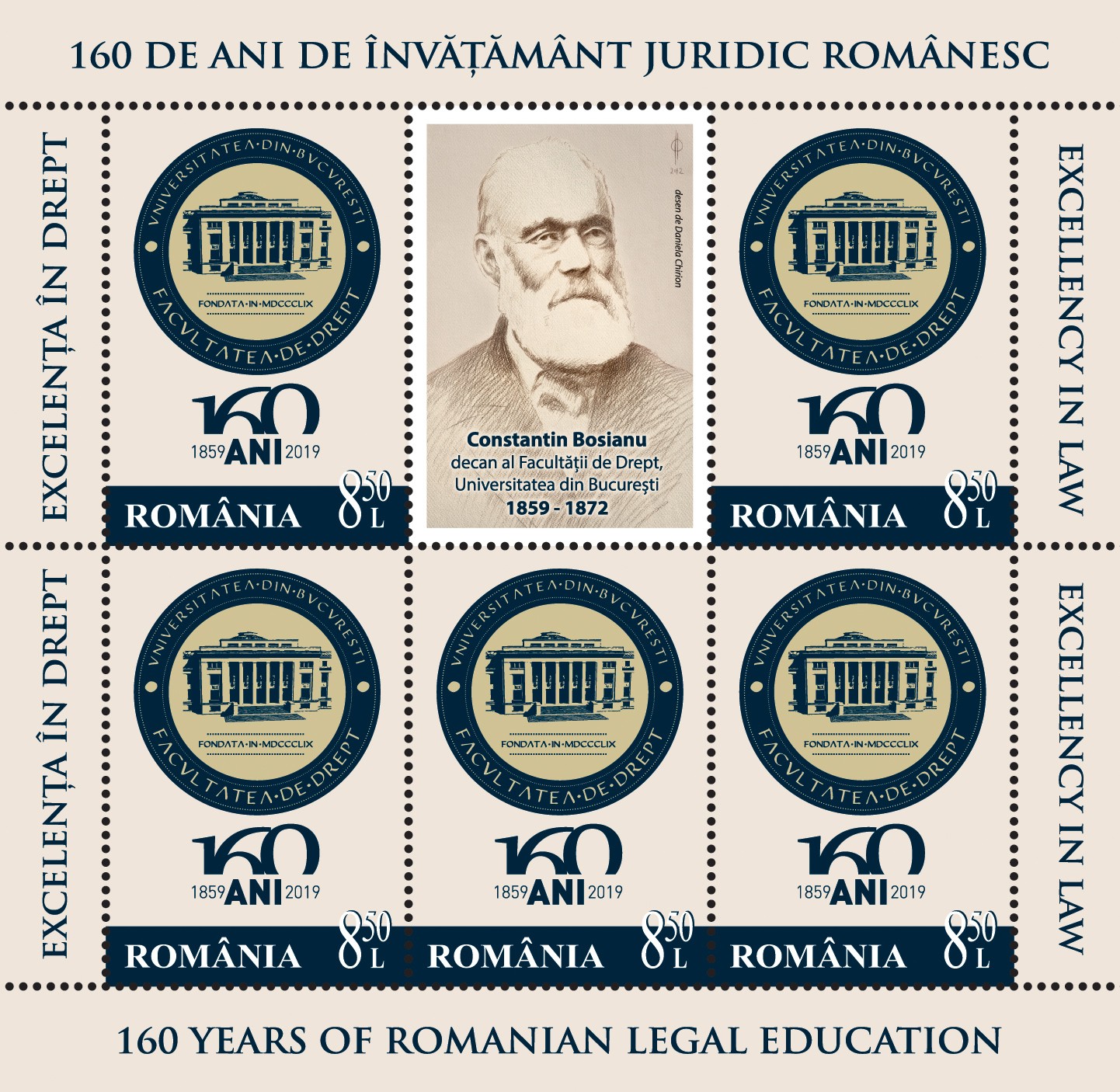