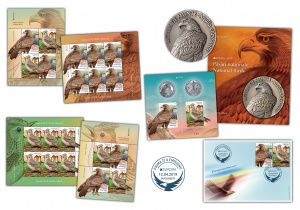 Birds are the object of great interest on the part of human being, both for their pleasant appearance, the vivid color, the varied color of the feather, the melodious song, but also for their customs of great originality. This contributes to the great weight that birds have among the vertebrates, being more numerous in Romania, as species and individuals, than all others in one place.

Birds are some of the few animals in the process of evolution who have been given the opportunity to fly, perhaps the main character they characterize, but here nature also admitted exceptions that make it even more interesting to study them.

For this year, under the title Europa 2019, PostEurop, body of the Universal Postal Union, a United Nations specialized agency, has chosen the theme „National Birds”, a topic greatly appreciated by collectors.

In addition, the stamps issue is completed by a special philatelic product with a medal on the obverse in the front the image of The Golden Eagle. Its reverse features, in the foreground, the Heroes’ Cross, designed and erected under the supervision of King Ferdinand and Queen Marie between 1926 and 1928 and dedicated, as it is written on the commemorative plaque, “to the glory and memory of heroes from Prahova who fell in the First World War, the 1916-1918, to defend their country”.

The postage stamp issue Europe 2019. National Birds will be available on Friday, April 12th 2019, in Romfilatelia’s shops network in Bucharest, Bacau, Brasov, Cluj-Napoca, Iasi and Timisoara and online on http://romfilatelia.ro/store/. The special album, created into limited printing of 387 pieces, reunites in a joint topic, products belonging to philately and numismatics. In the interior of the album there are exposed two valuable collection pieces: the block of two imperforated stamps and the medal on the obverse in the front, the image of the Golden Eagle. The block of the issue is numbered from 001 to 387.

Romfilatelia thanks to “Grigore Antipa” National Museum of Natural History for the documentary support given to the development of this postage stamp issue and the photographer Silviu Matei. 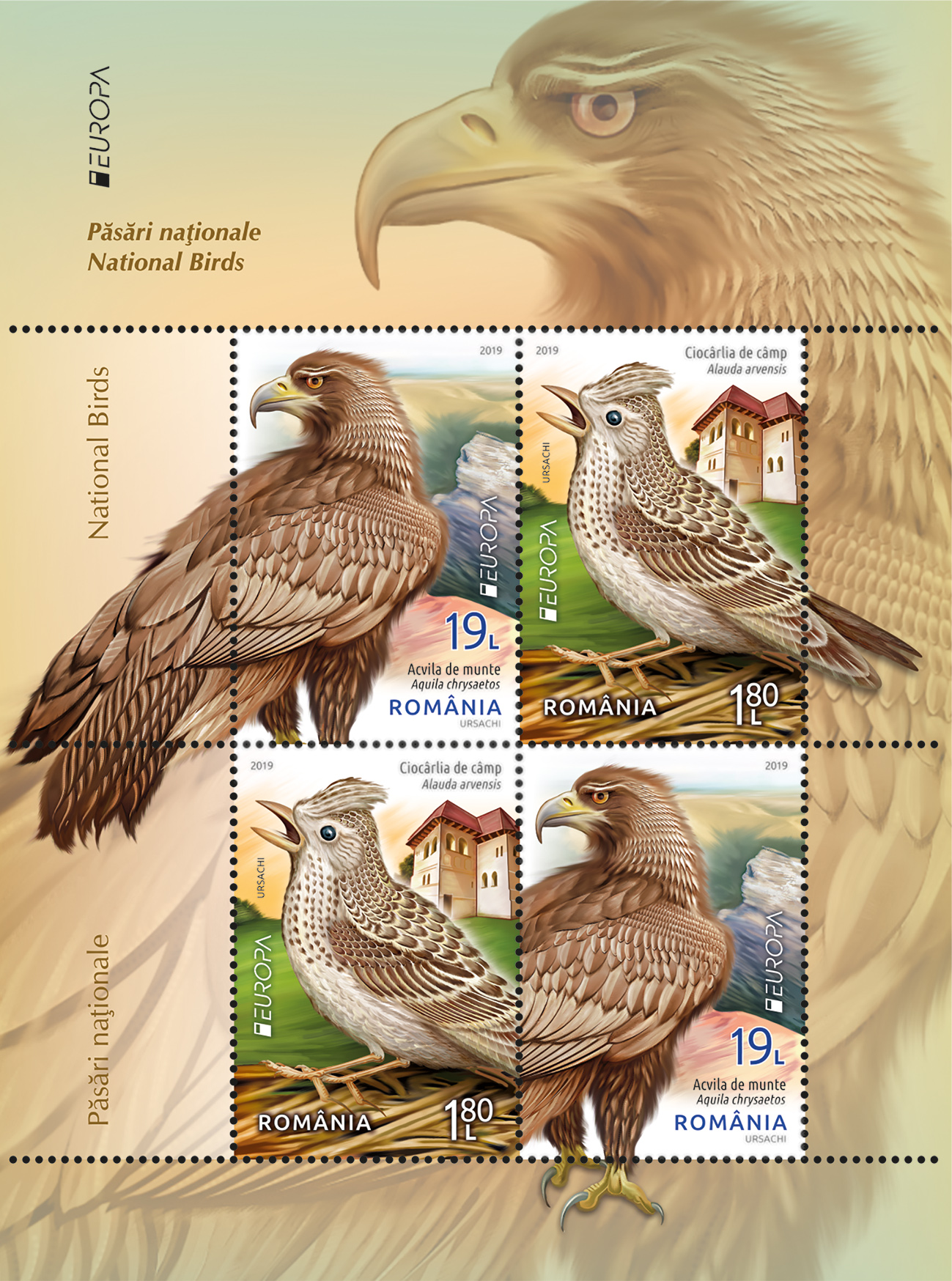 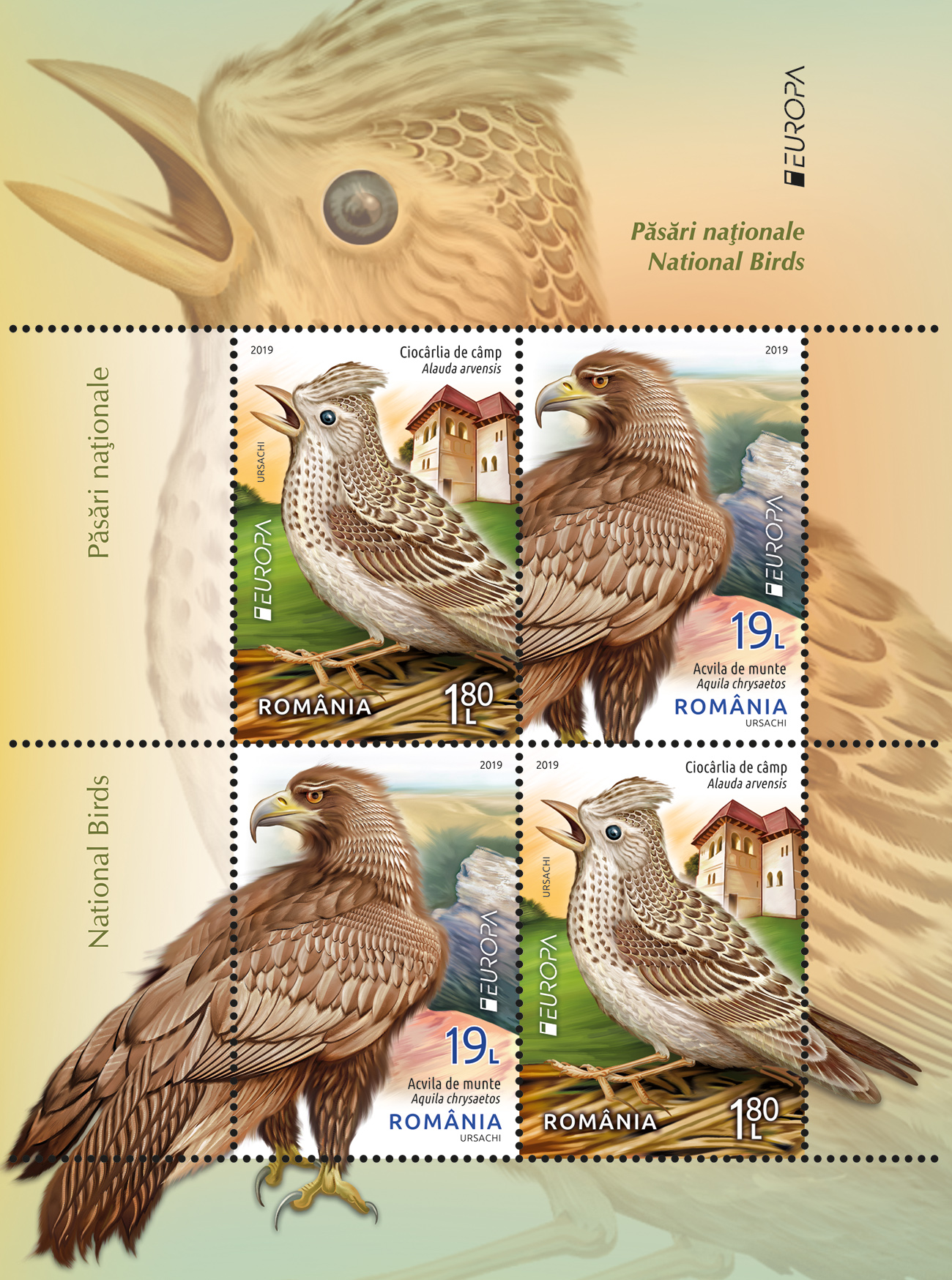 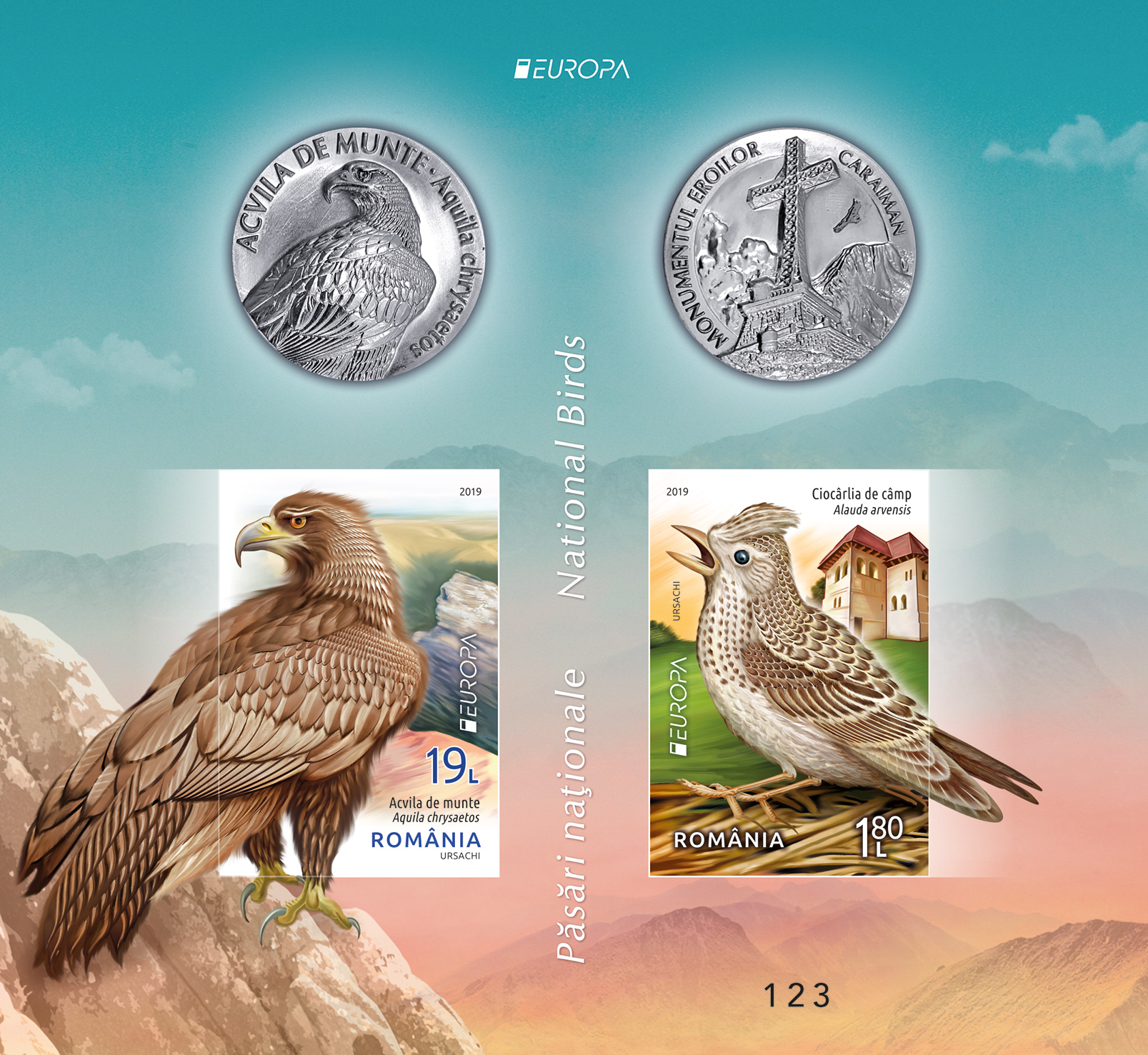 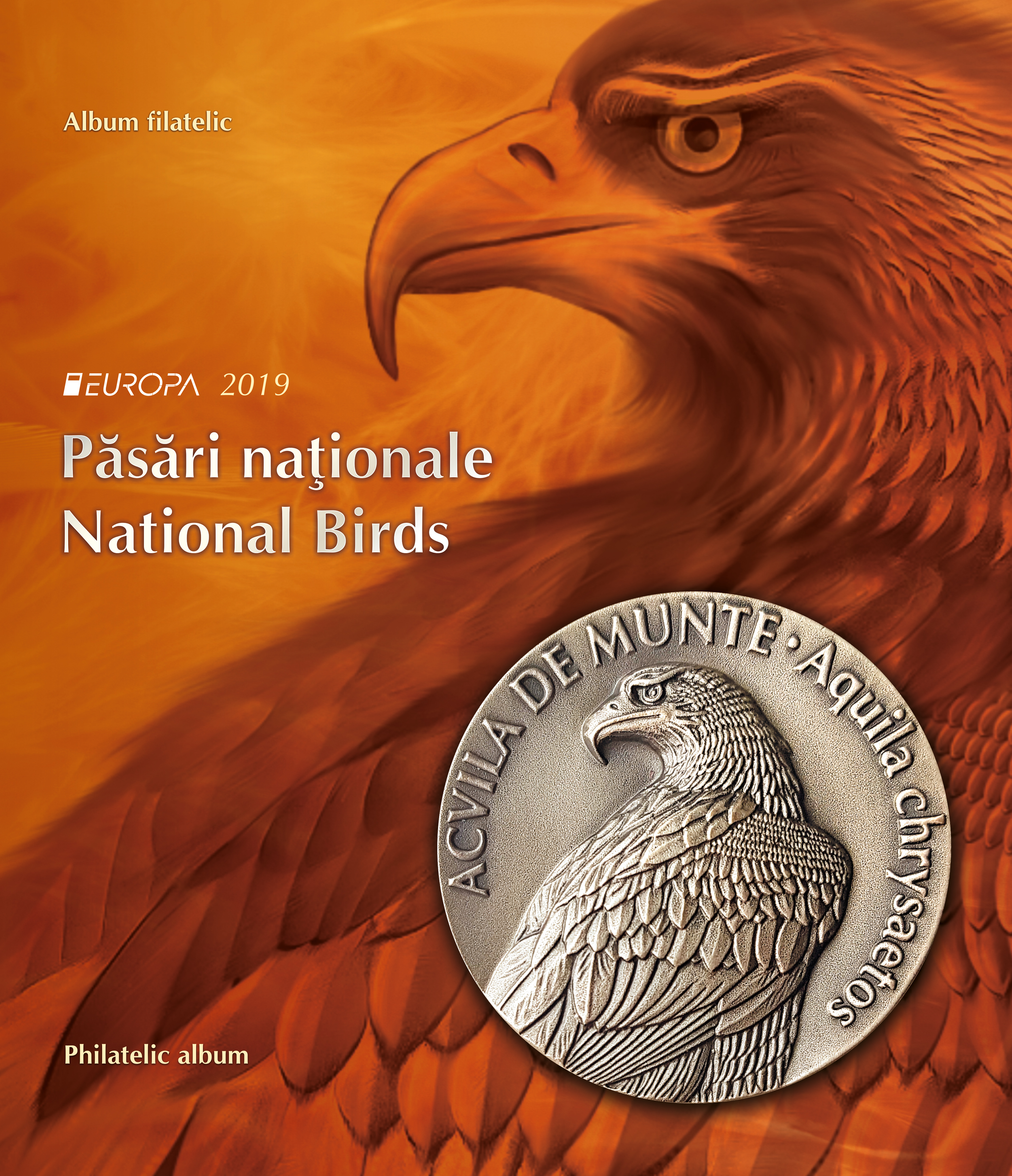 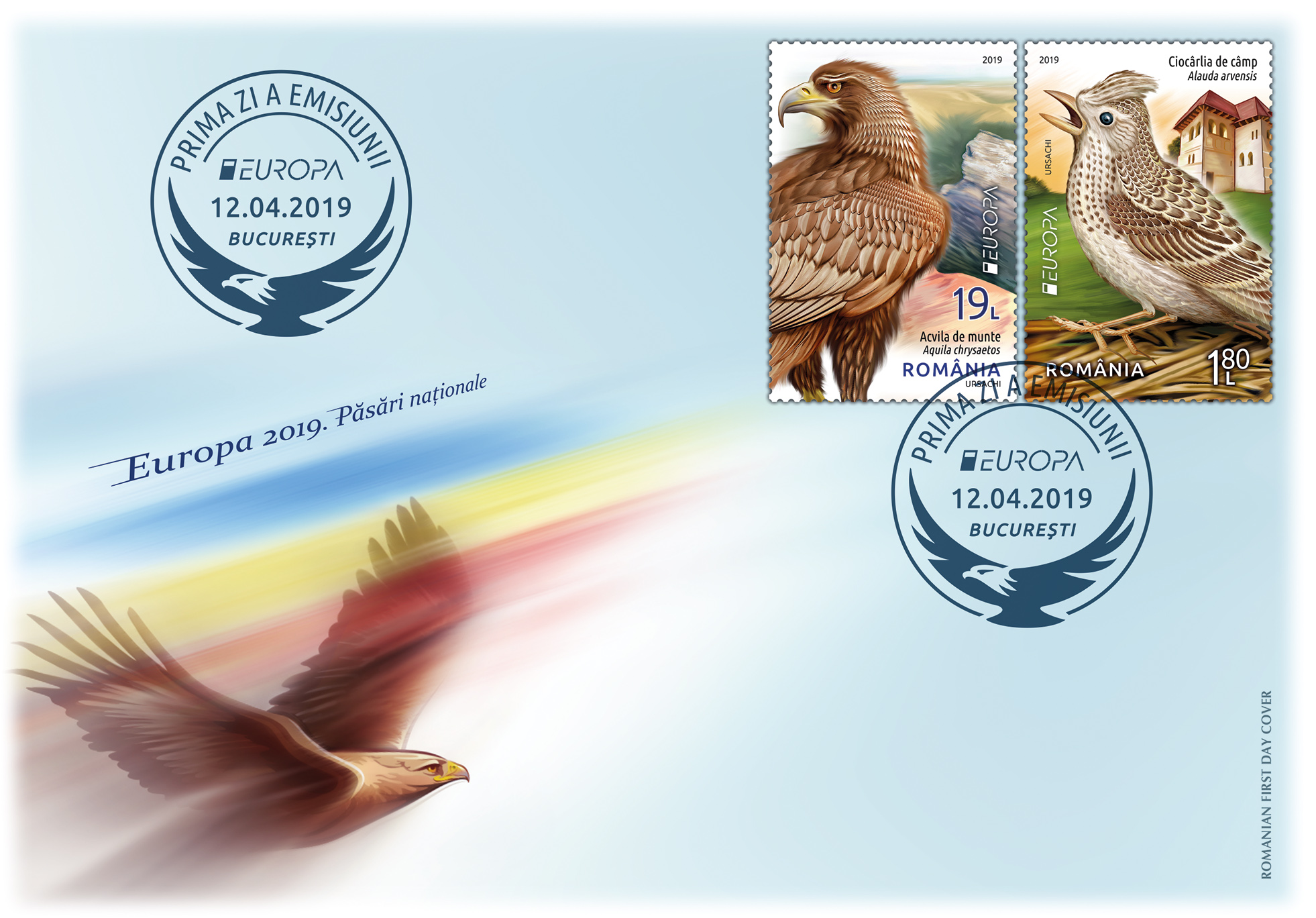 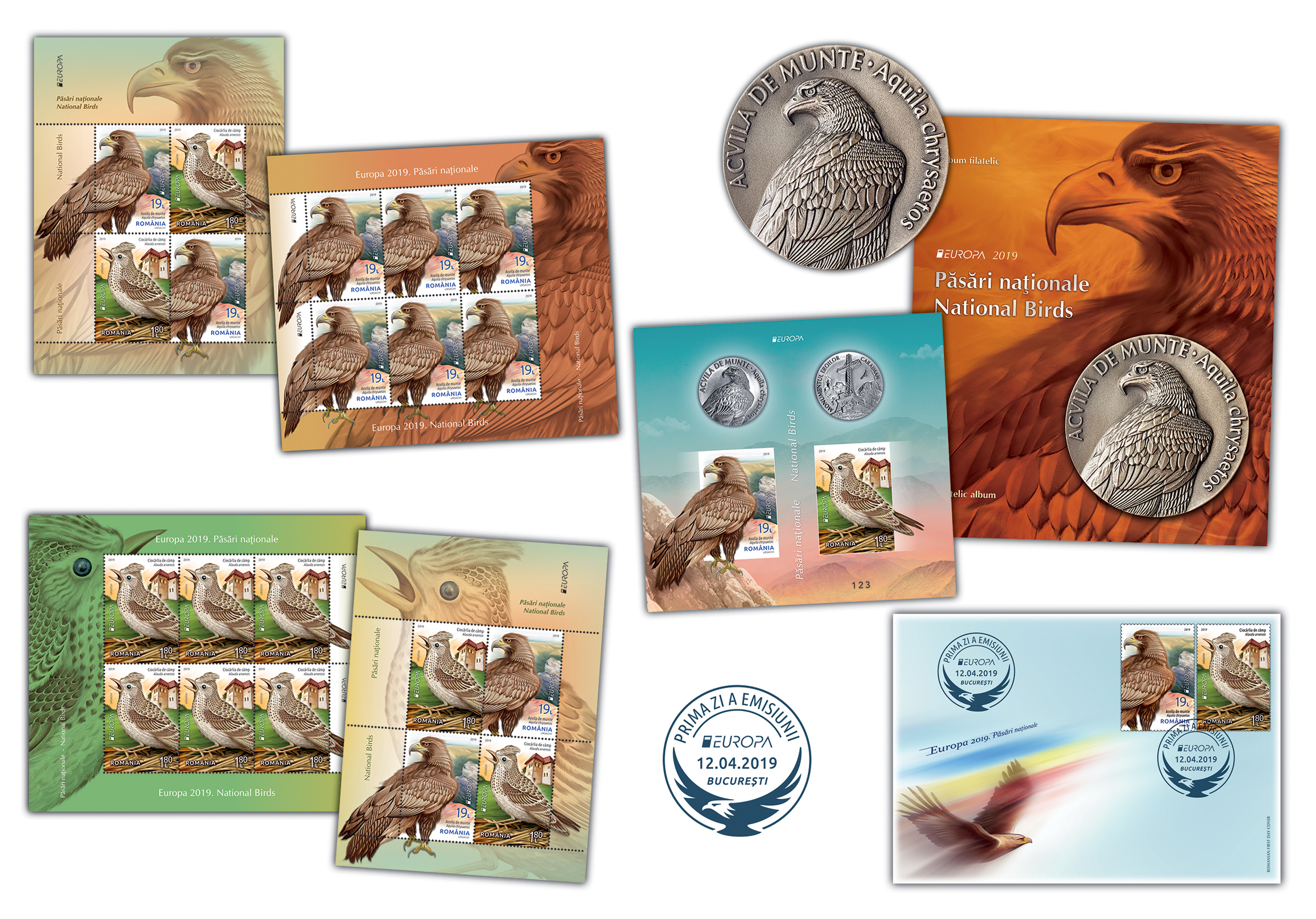 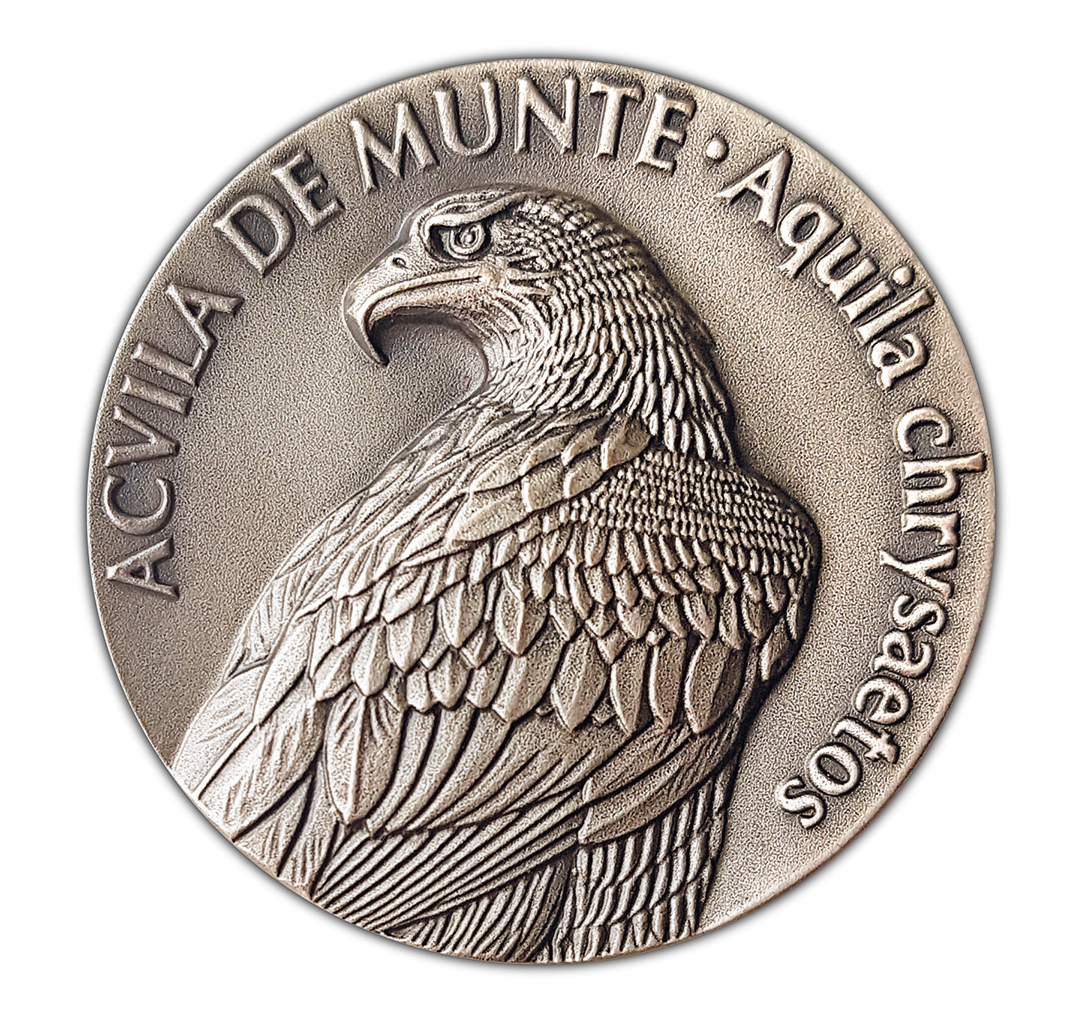 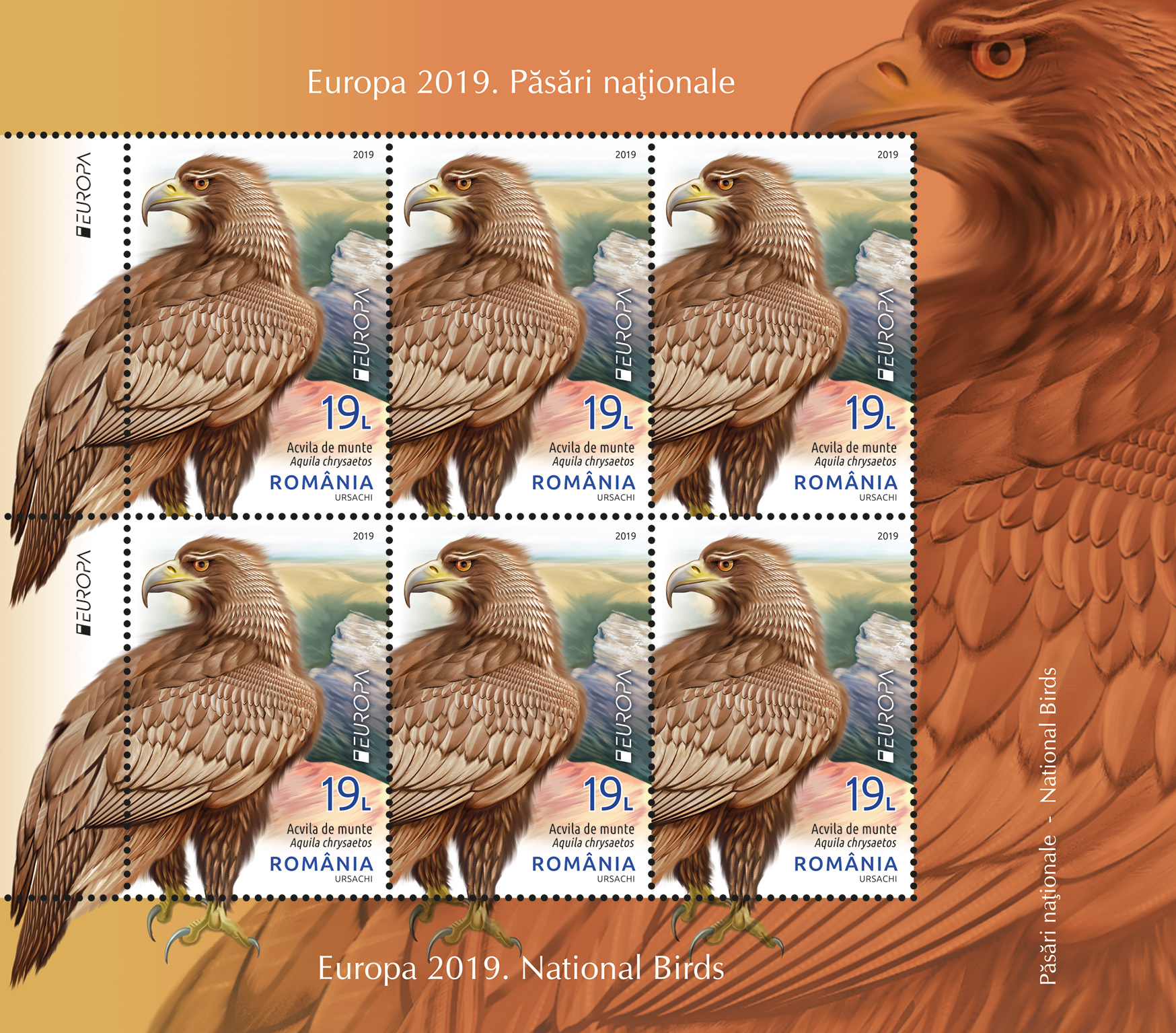 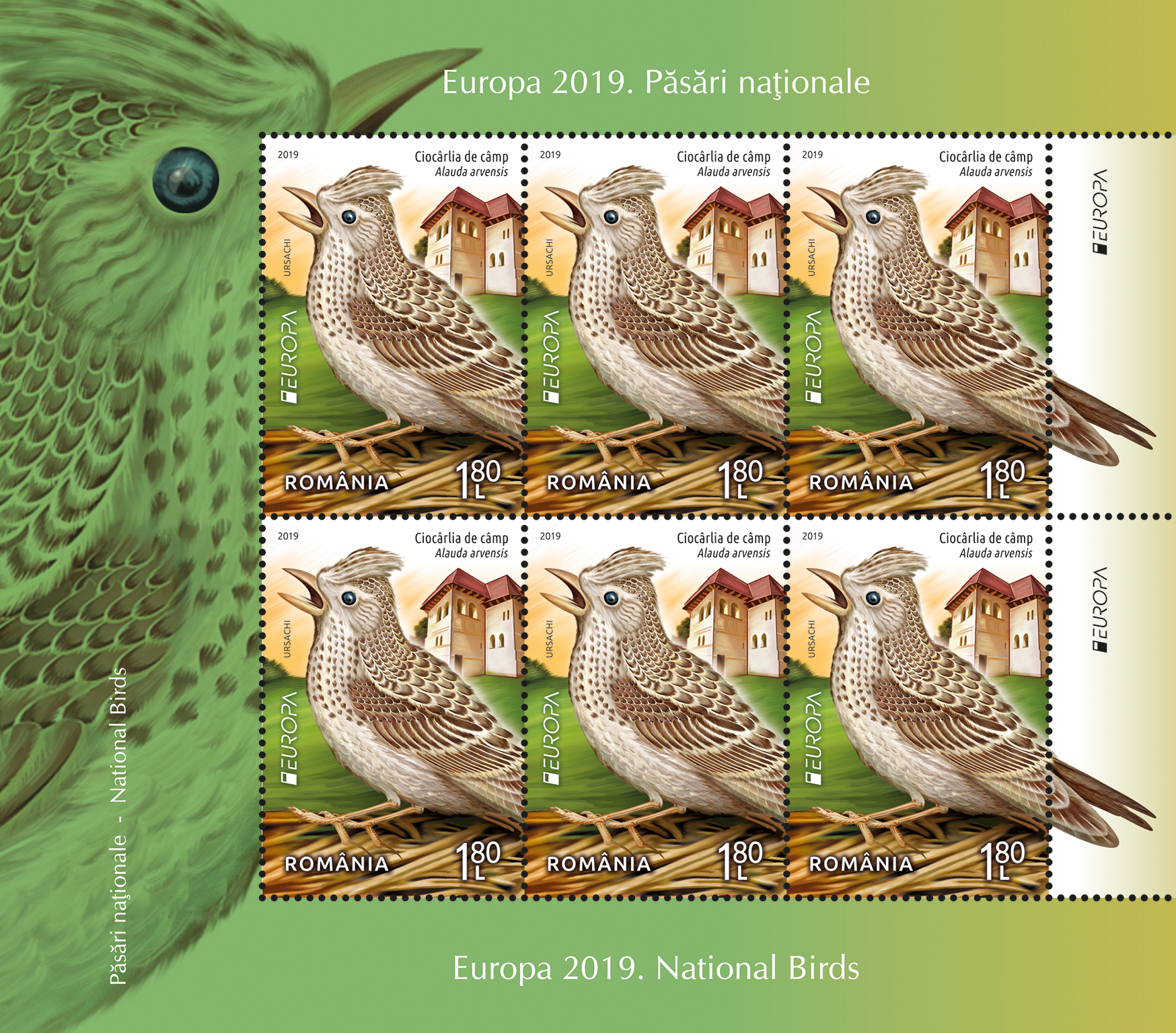 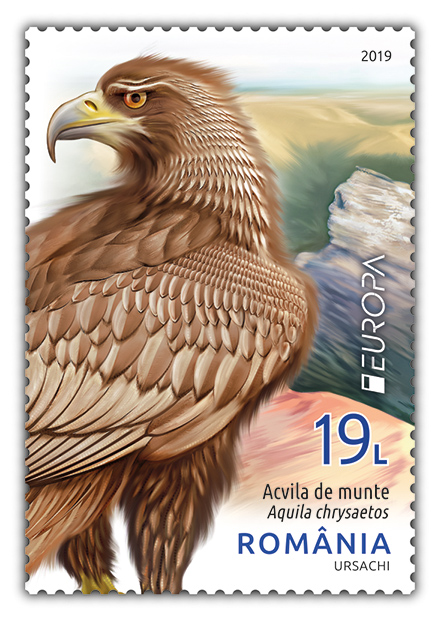 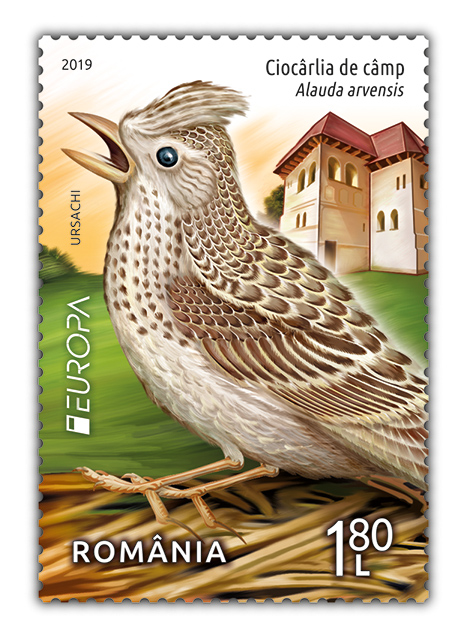