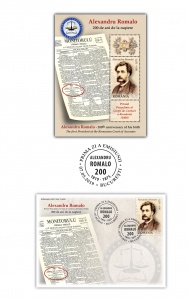 Romfilatelia introduces into circulation on Tuesday, 7 May 2019, a anniversary postage stamps issue entitled Alexandru Romalo, 200th, anniversary of his birth, consisting of a perforated souvenir sheet having a postage stamp with a face value of lei 28.50. The design alongside the image of the postage stamp illustrates in facsimile the front page of the “Official Gazette” (“Monitorul Oficial”), in which the law on the establishment of the Romanian Court of Accounts was published and the current logo of this institution.

Alexandru (Alecu) Romalo was born in Iasi on July 10th /22nd 1819. His parents were seneschal Iordache Grigoriade Romalo and Maria (née Roset), the daughter of Governor Iordache Roset from Solesti. From early ages, he was noted for his passion for studying, and received, on July 3rd, 1838 the Academia Mihaileană Award – Eminence Class awarded to Romalo Alecsandru in Philosophy.

Following the public presentation of the bachelor’s thesis in front of the jury of the Faculty of Law in Paris on May 22nd 1845, he became a Law graduate. The Bachelor’s degree diploma is signed by Narcisse-Achille de Salvandy, the illustrious French professor, politician and diplomat.

Already experienced and appreciated, Alexandru Romalo was appointed minister secretary of state at the Department of Cults and Public Education by the Ruler Alecsandru Ioan I of the United Principalities of Moldavia and Wallachia, on October 31st 1860.

By the Decree no. 757/1864, His Highness, the Ruler appointed him president of the Court of Accounts, a newly established institution, following the French model of the Cour des Comptes. From the notice issued on July 3rd 1864, by the Ministry of Finance, it showed that the appointment of the president took into account “the presentation of the person, made by the Legislative Assembly and the recommendation of the undersigned”.

Appointed during the reign of Prince Alexandru Ioan Cuza, Alexandru Romalo continued to hold this position under Prince Carol I until January 1st 1868, when he had to withdraw from public life because of health problems.

The postage stamp issue Alexandru Romalo, 200th, anniversary of his birth will be available on Tuesday, May 7th 2019, in Romfilatelia’s shops network in Bucharest, Bacau, Brasov, Cluj-Napoca, Iasi and Timisoara and online on http://romfilatelia.ro/store/. The postage stamp issue is completed by  “first day” covers, as page composition used a perforated souvenir sheet. 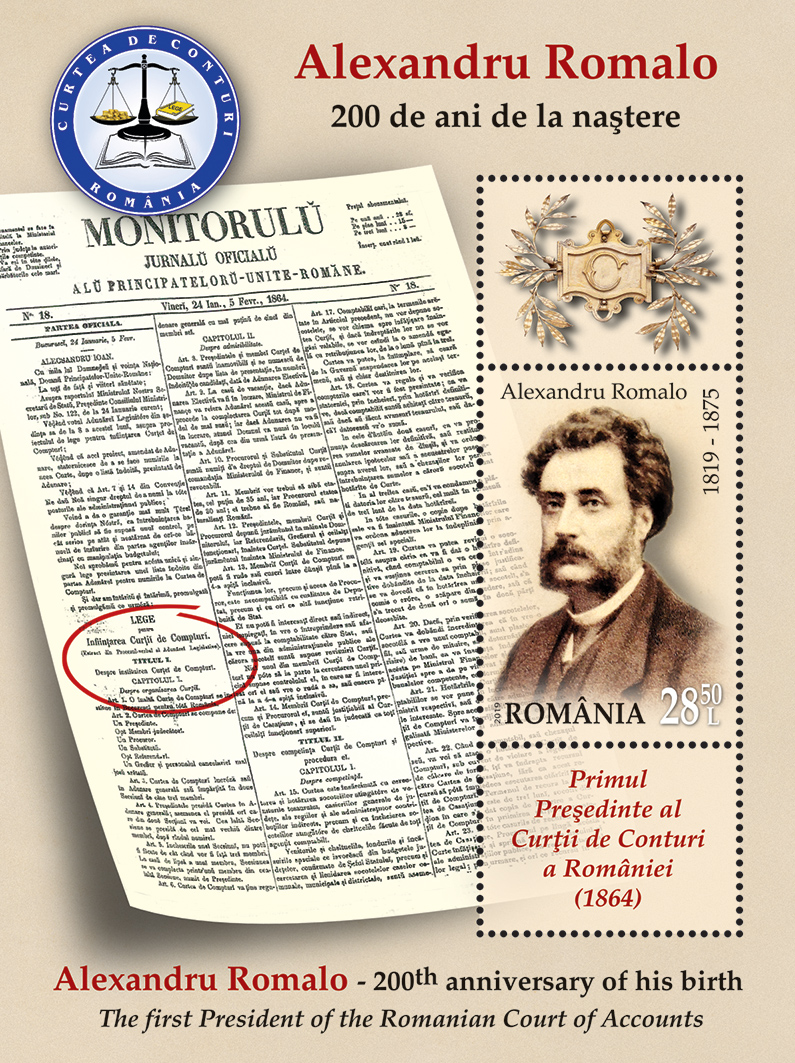 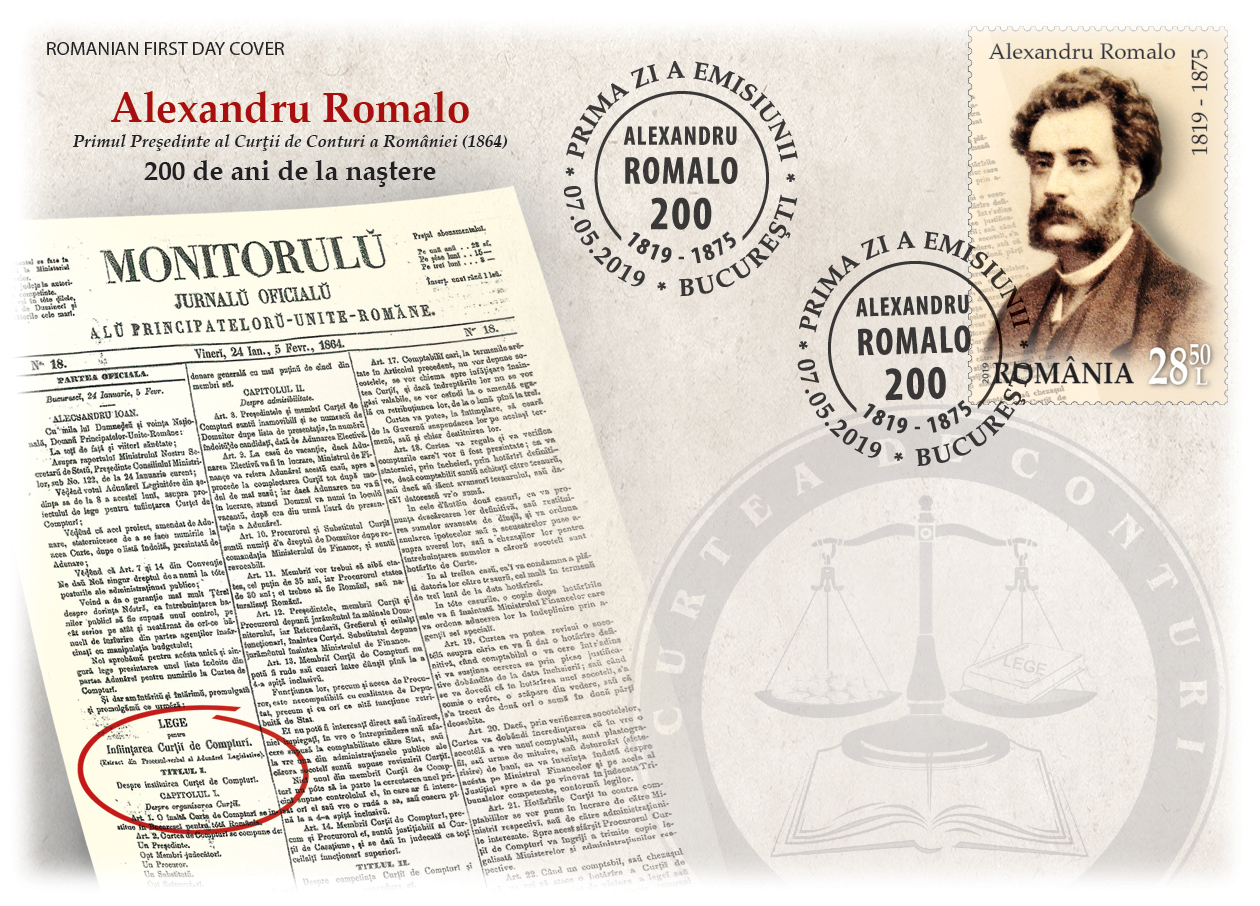 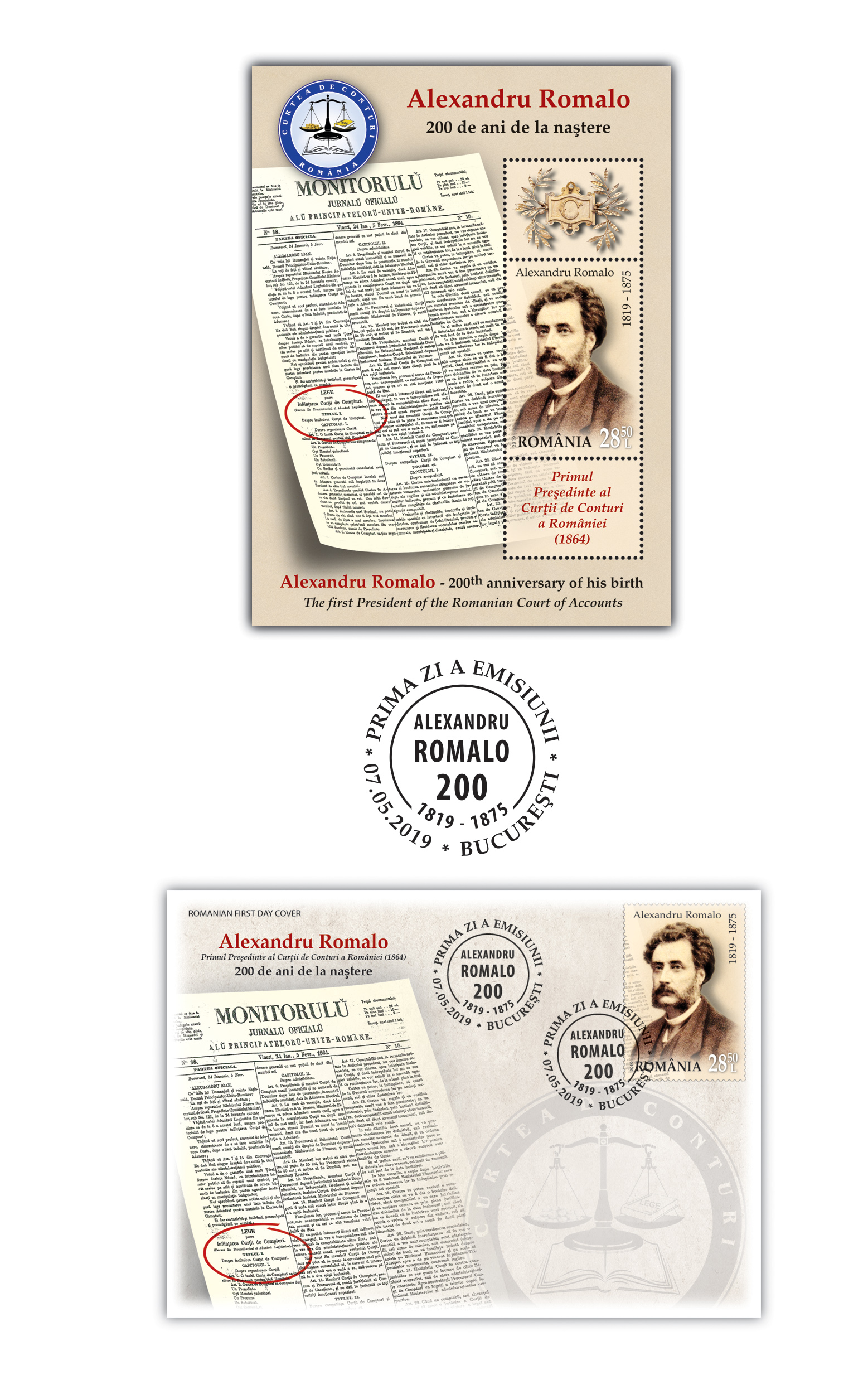