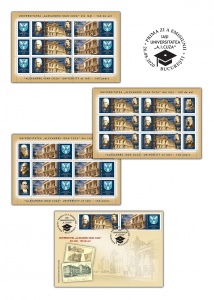 The postage stamps issue “Alexandru Ioan Cuza” University of Iasi, 160 years will be available on Wednesday, August 26th  2020, in Romfilatelia’s shops network in Bucharest, Bacau, Brasov, Cluj-Napoca, Iasi and Timisoara and online on http://romfilatelia.ro/store/. The postage stamps issue is completed by the First Day Cover, sheet of 30 stamps minisheet of 6 stamps + 3 labels and block of 6 stamps (3 sets) + 3 labels. 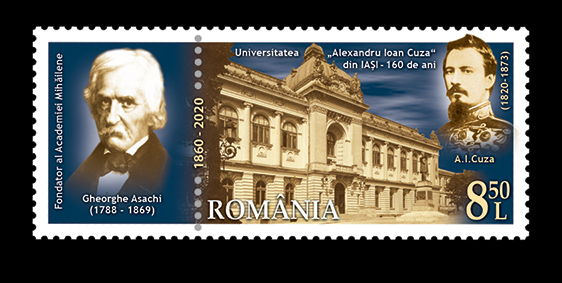 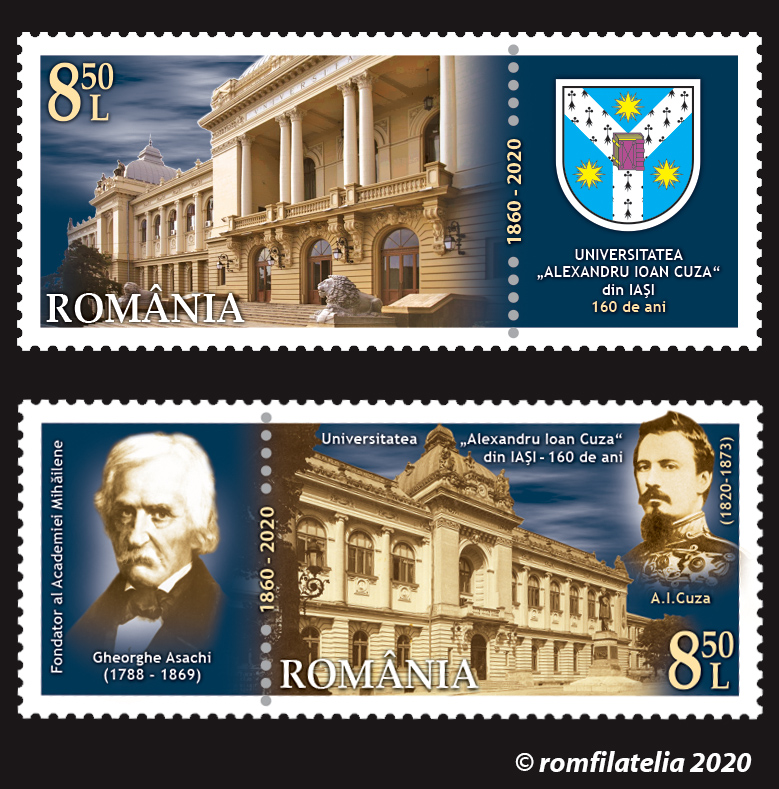 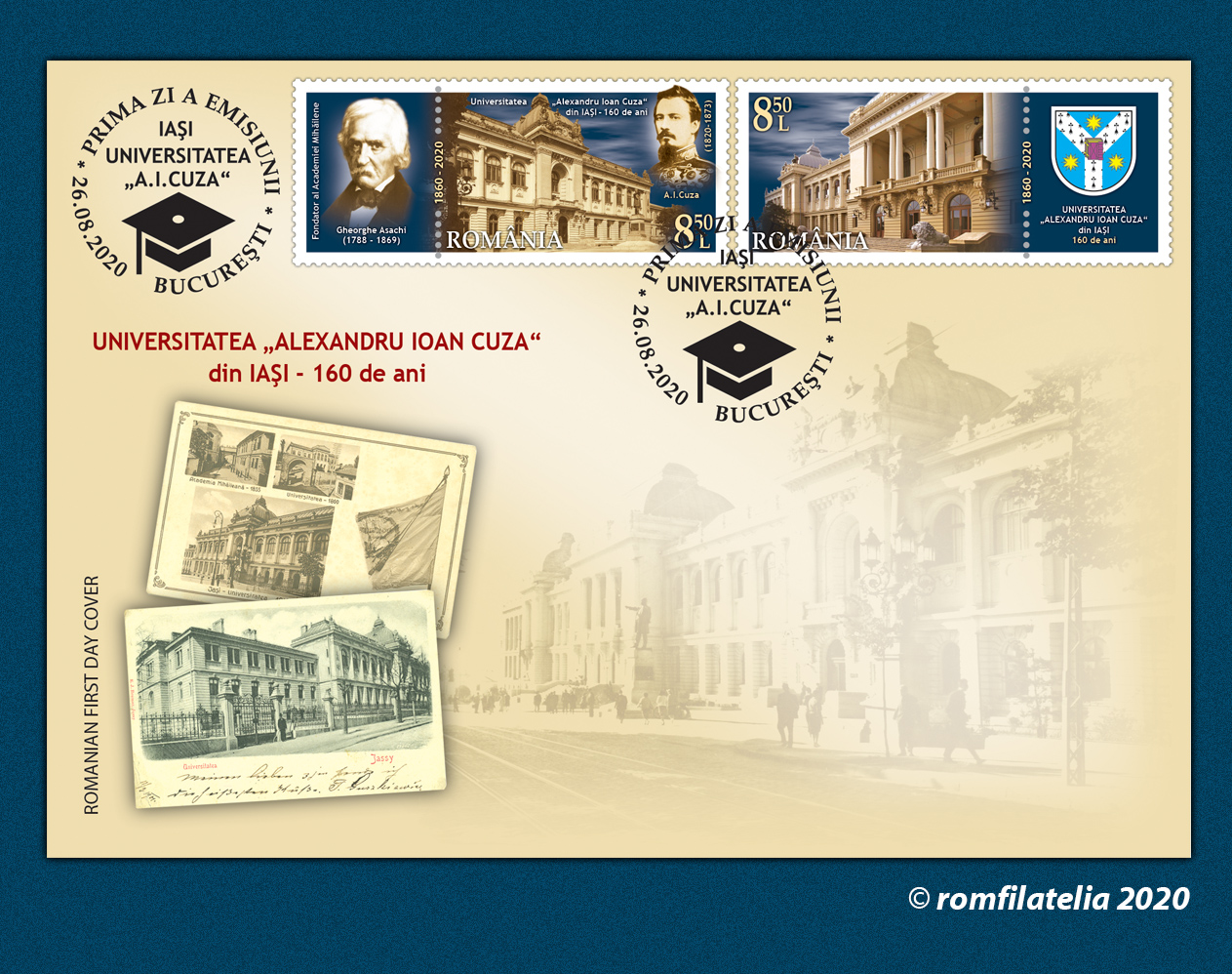 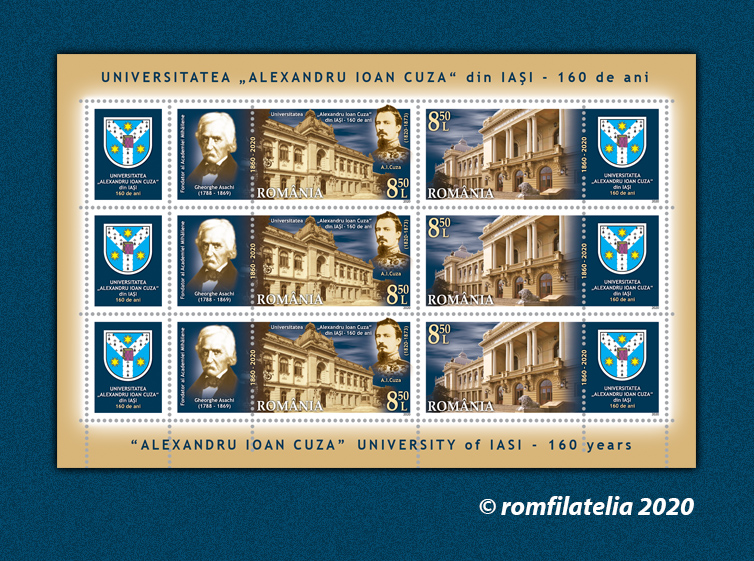 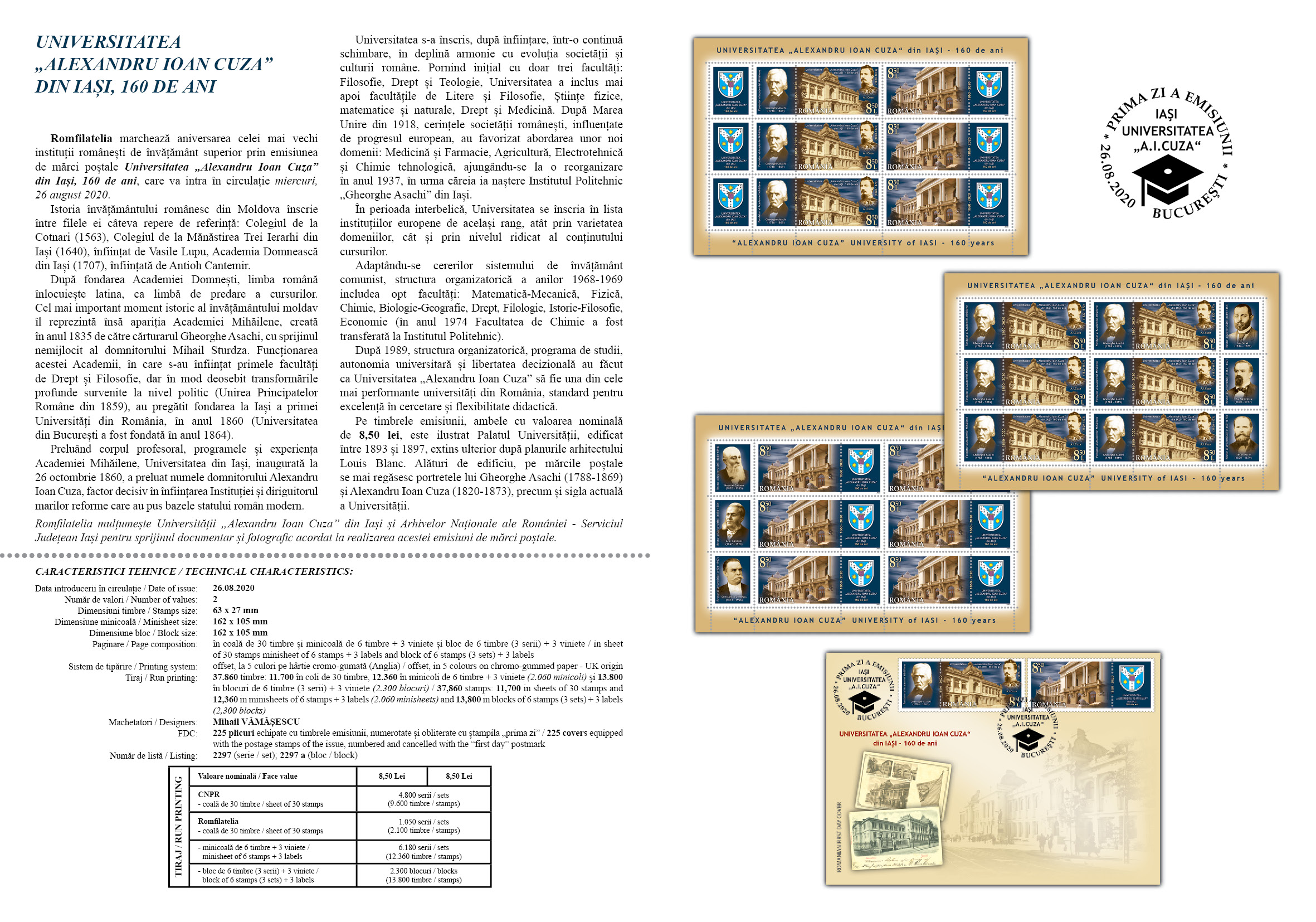 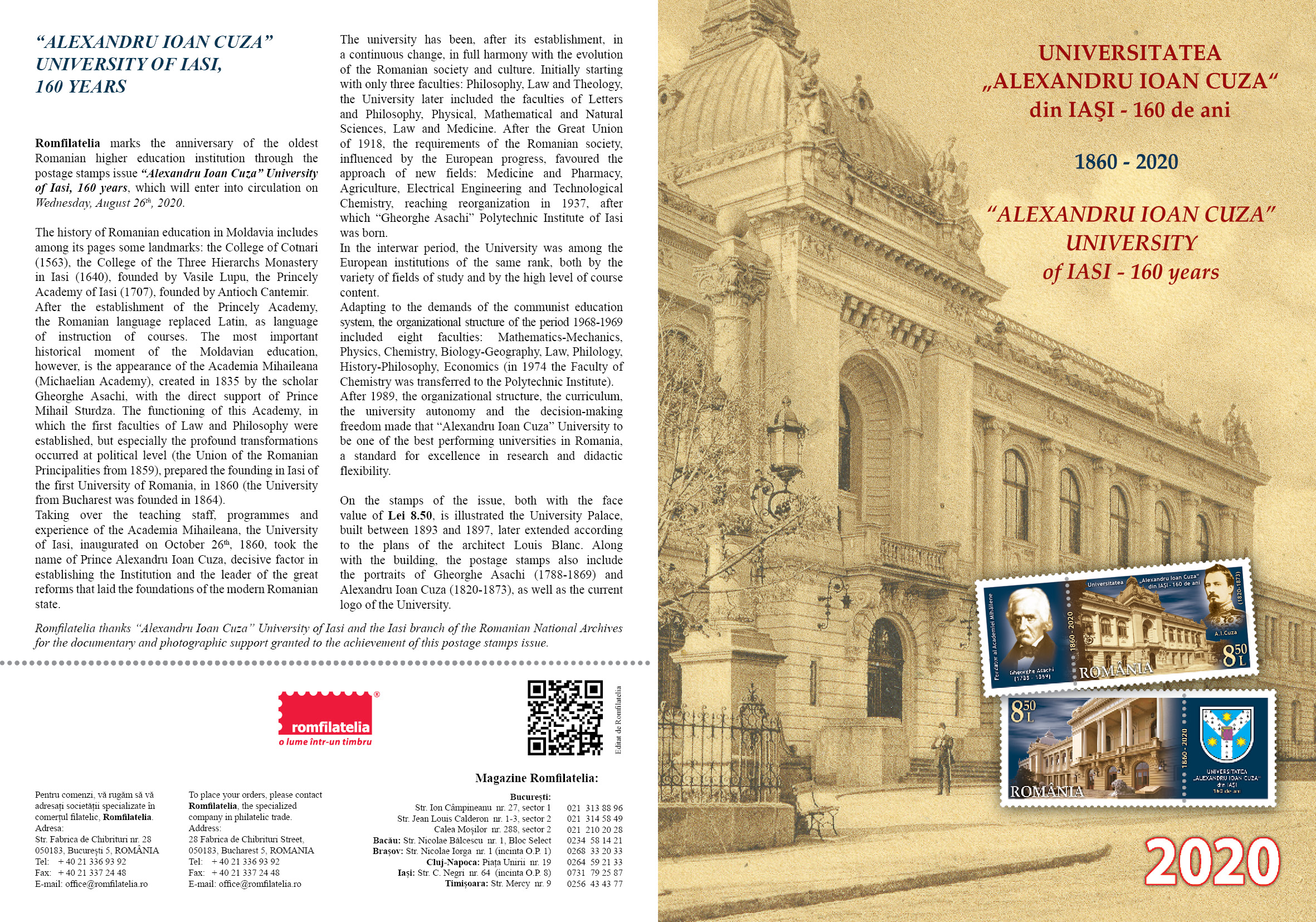 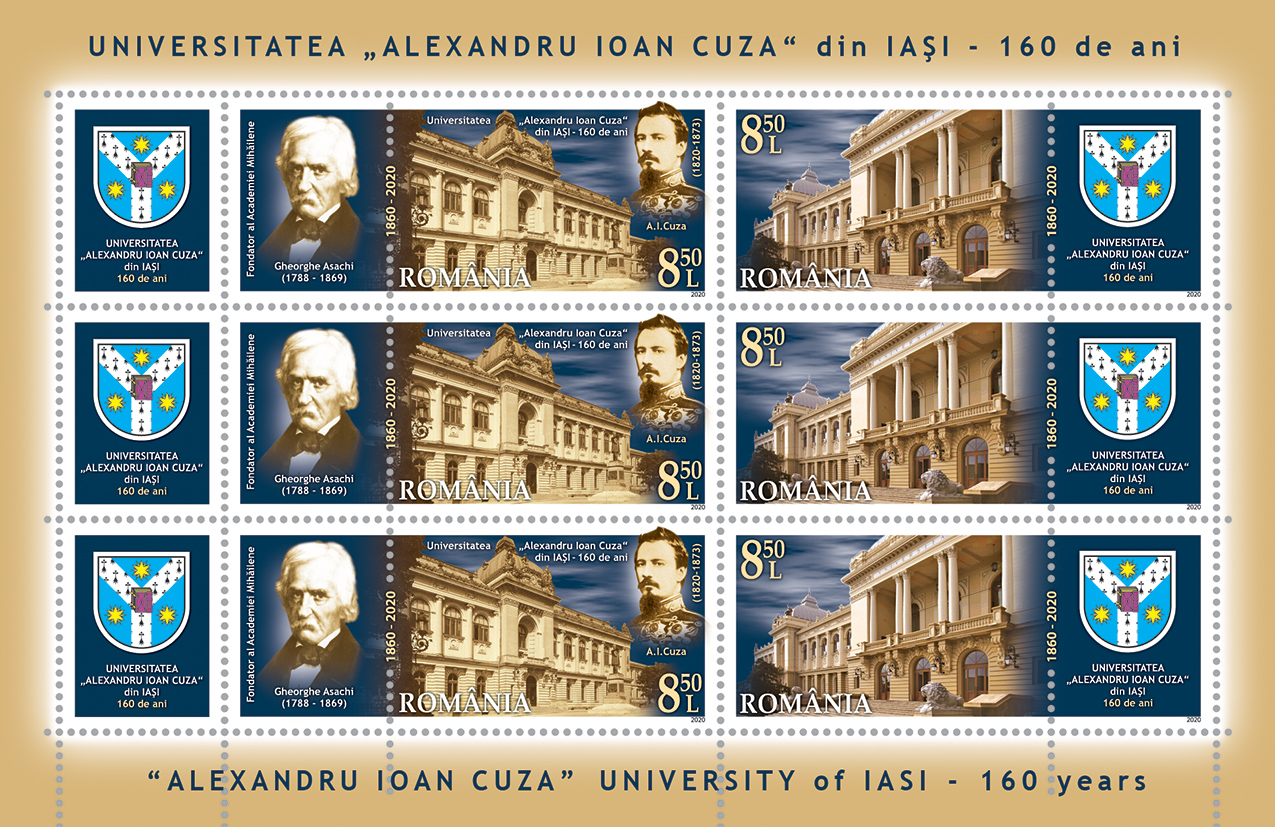 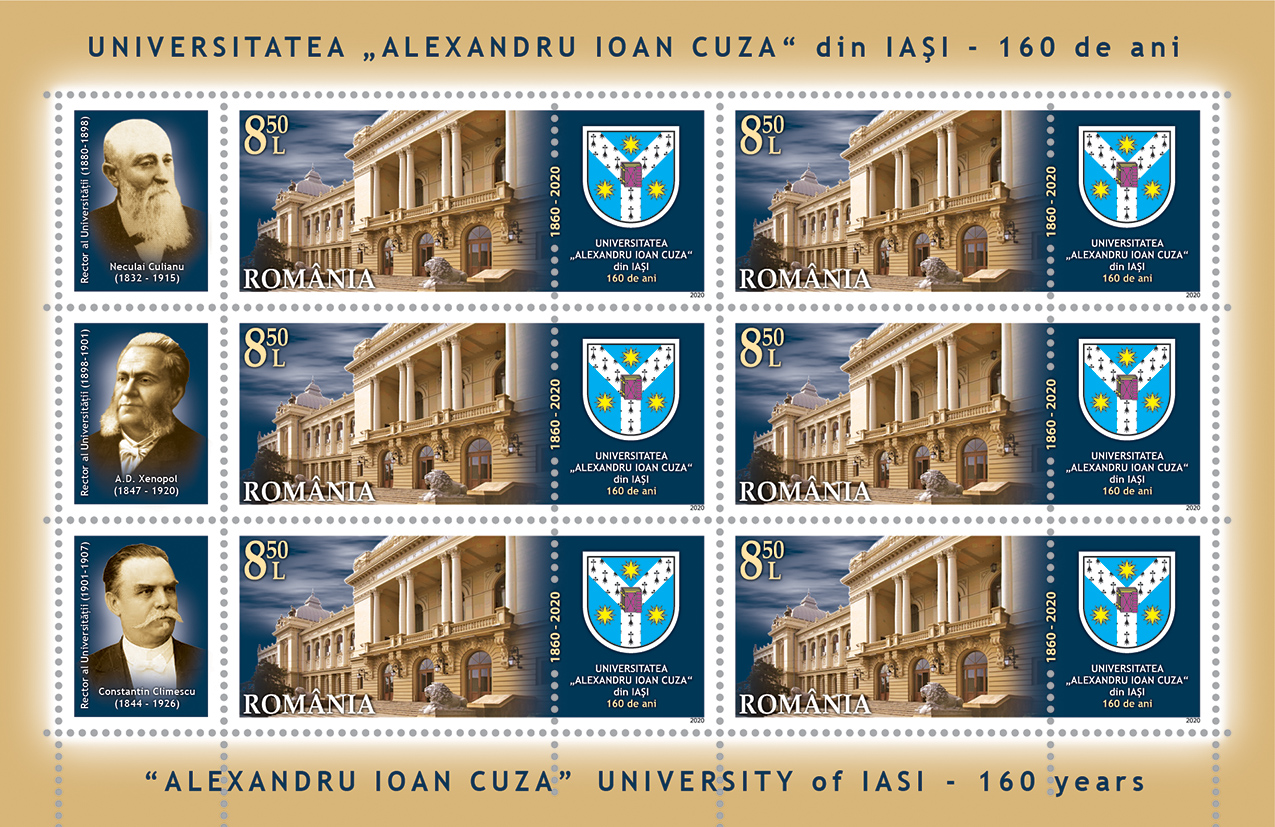 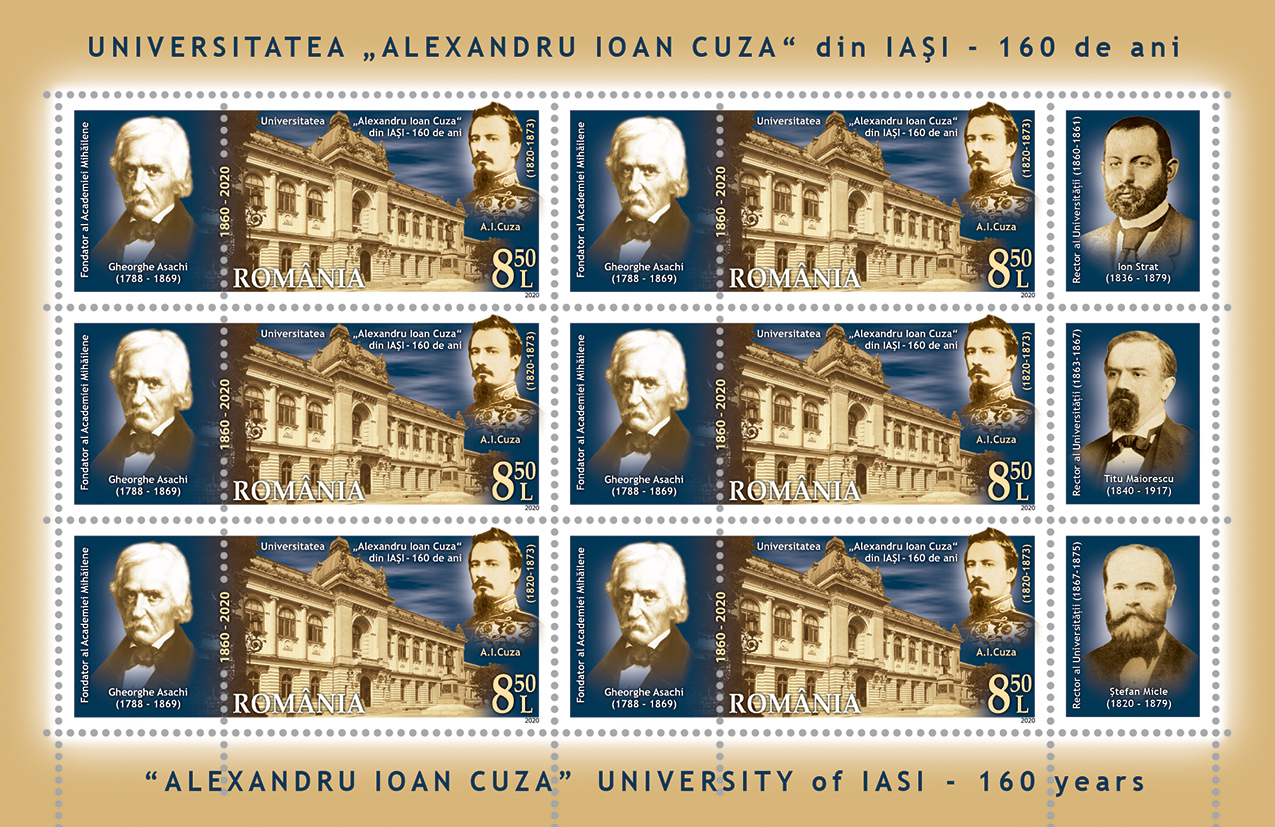 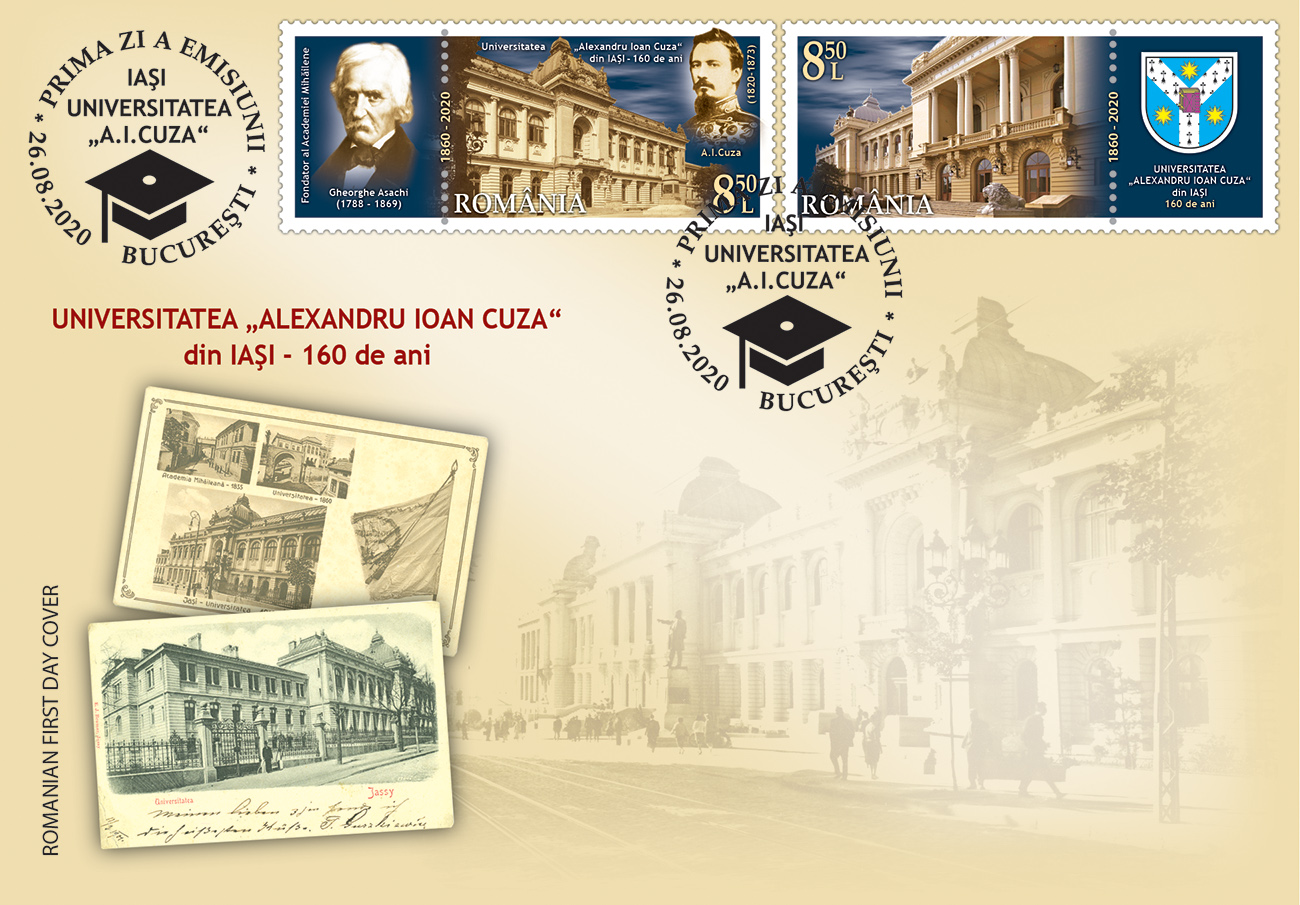