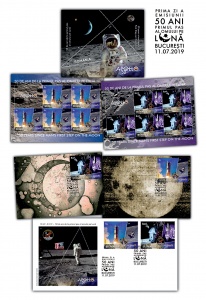 July 20th is a historic day for mankind, Neil Armstrong being the first man to step on the Moon, when he said: “That’s one small step for man, one giant leap for mankind”. A few minutes later he was followed by his mission fellow, Edwin E. “Buzz” Aldrin Jr. After this cosmic flight, another 10 people stepped on the Moon until the end of the Apollo program, the last mission being Apollo 17.

The two stamps illustrate memorable aspects of the mission. The first stamp that has a face value of Lei 5, depicts the moment when the carrying rocket of Apollo 11, Saturn V rises from the ground with the astronauts Neil A. Armstrong, Michael Collins and Edwin E. Aldrin Jr. aboard, on July 16th, 1969,

in the Kennedy 39A Spatial Center Launch Complex and a picture of the lunar module in which the crew appears, with the image of Earth reflected in the background.

The postage stamps issue 50 YEARS SINCE MAN’S FIRST STEP ON THE MOON will be available on Thursday, July 11th  2019, in Romfilatelia’s shops network in Bucharest, Bacau, Brasov, Cluj-Napoca, Iasi and Timisoara and online on http://romfilatelia.ro/store/. The postage stamps issue is completed by 1 “first day” cover, and as page composition, in sheet of 20 stamps, minisheet of 5 stamps + 1 label and imperforated souvenir sheet. 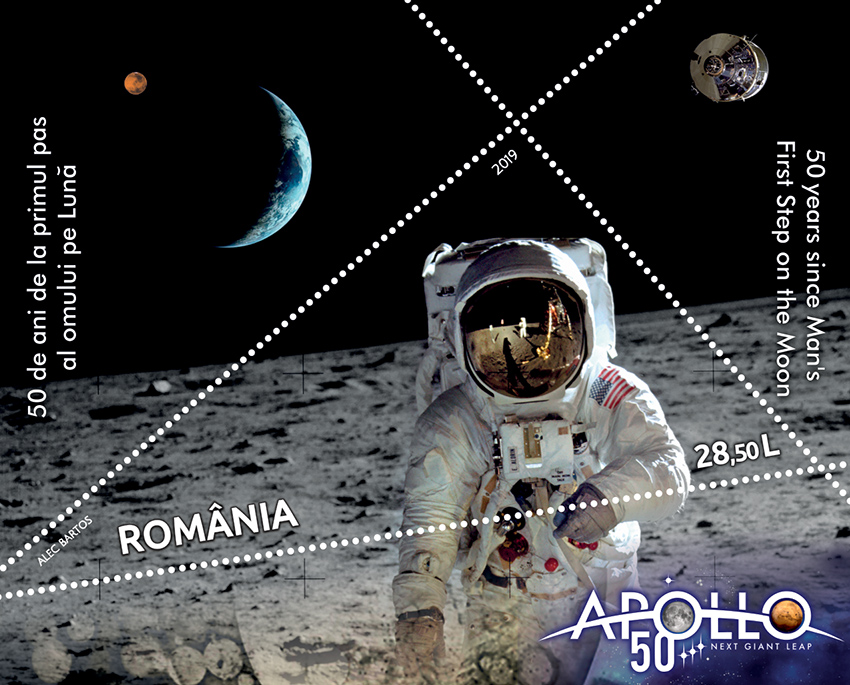 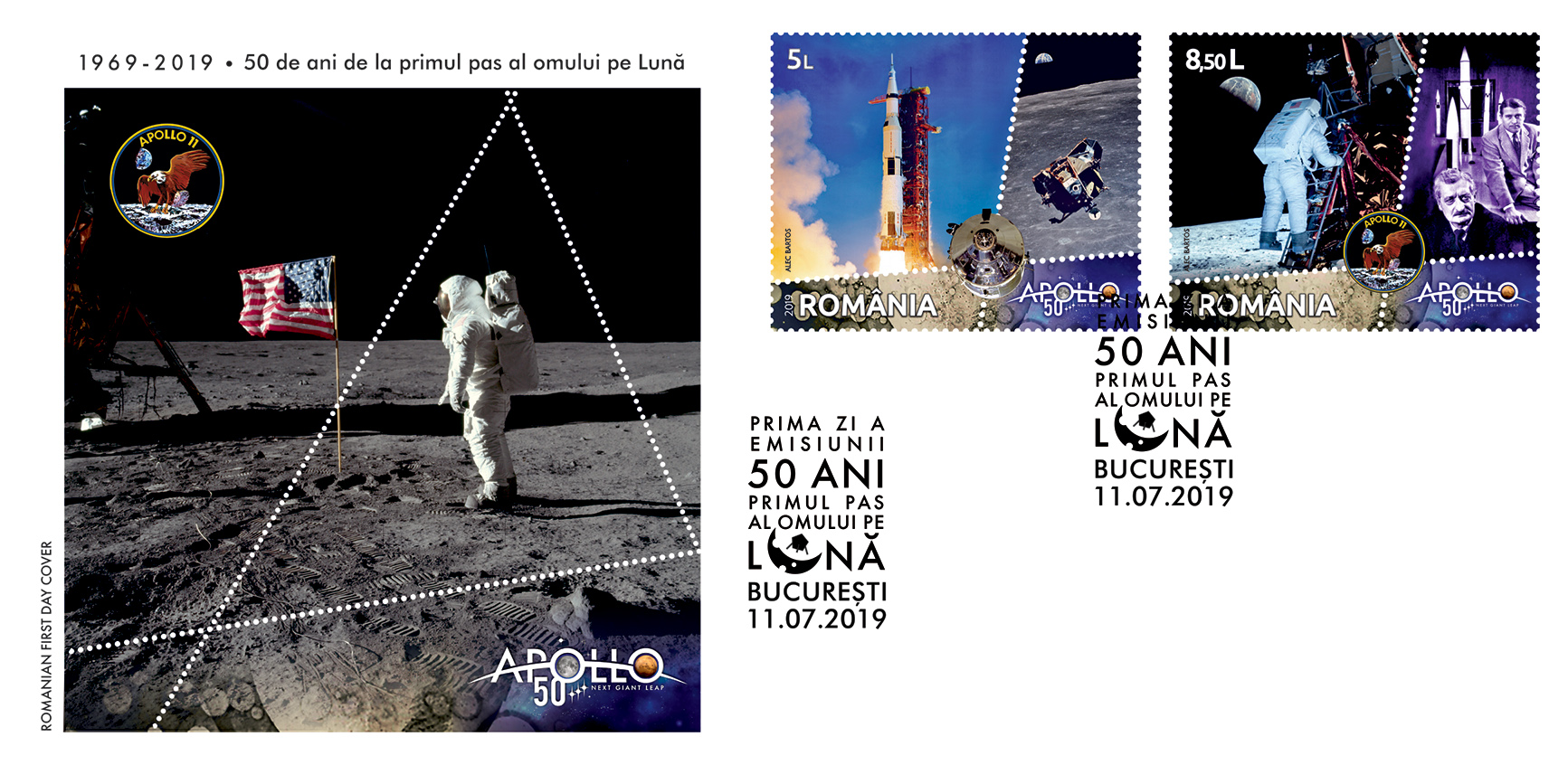 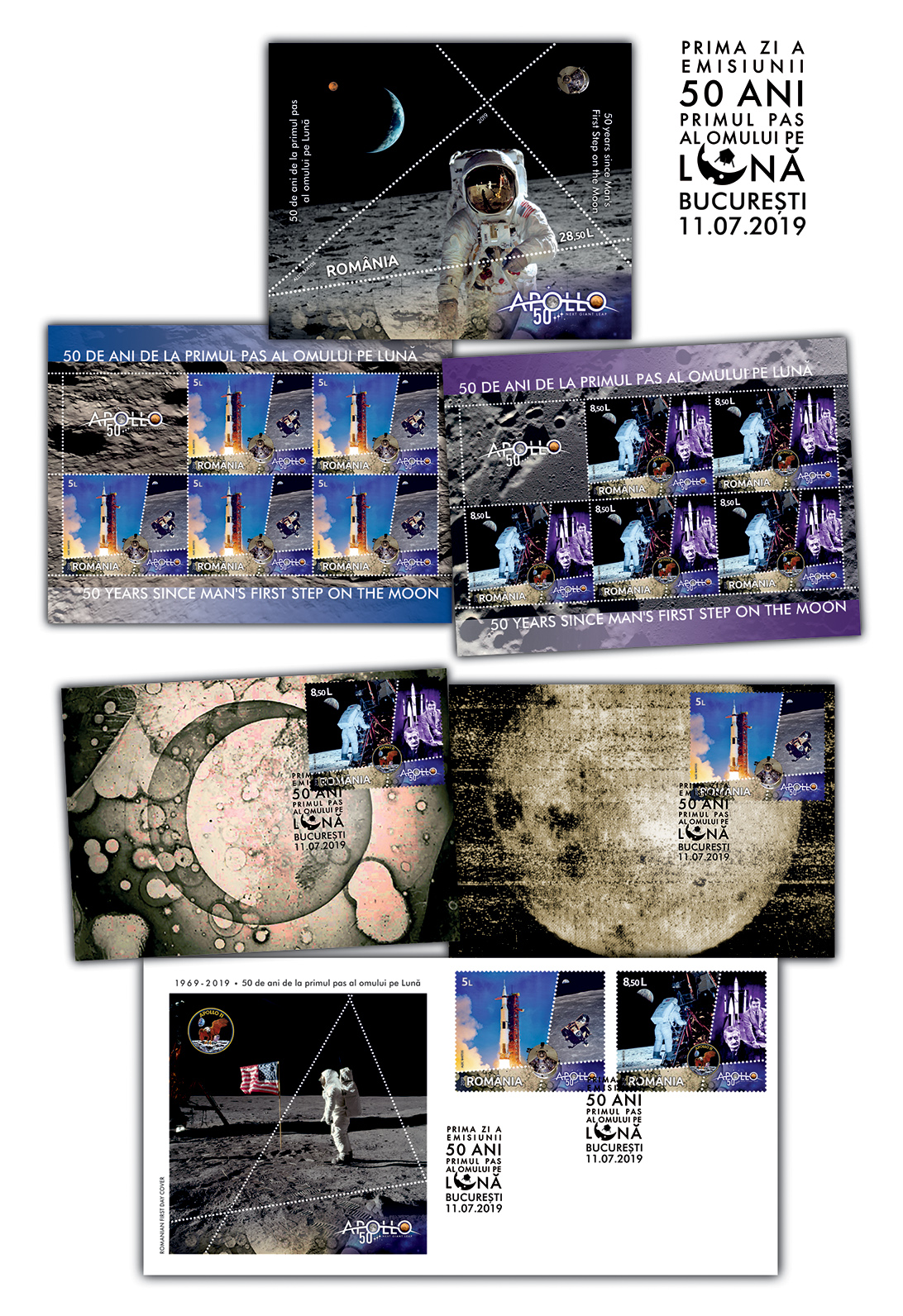 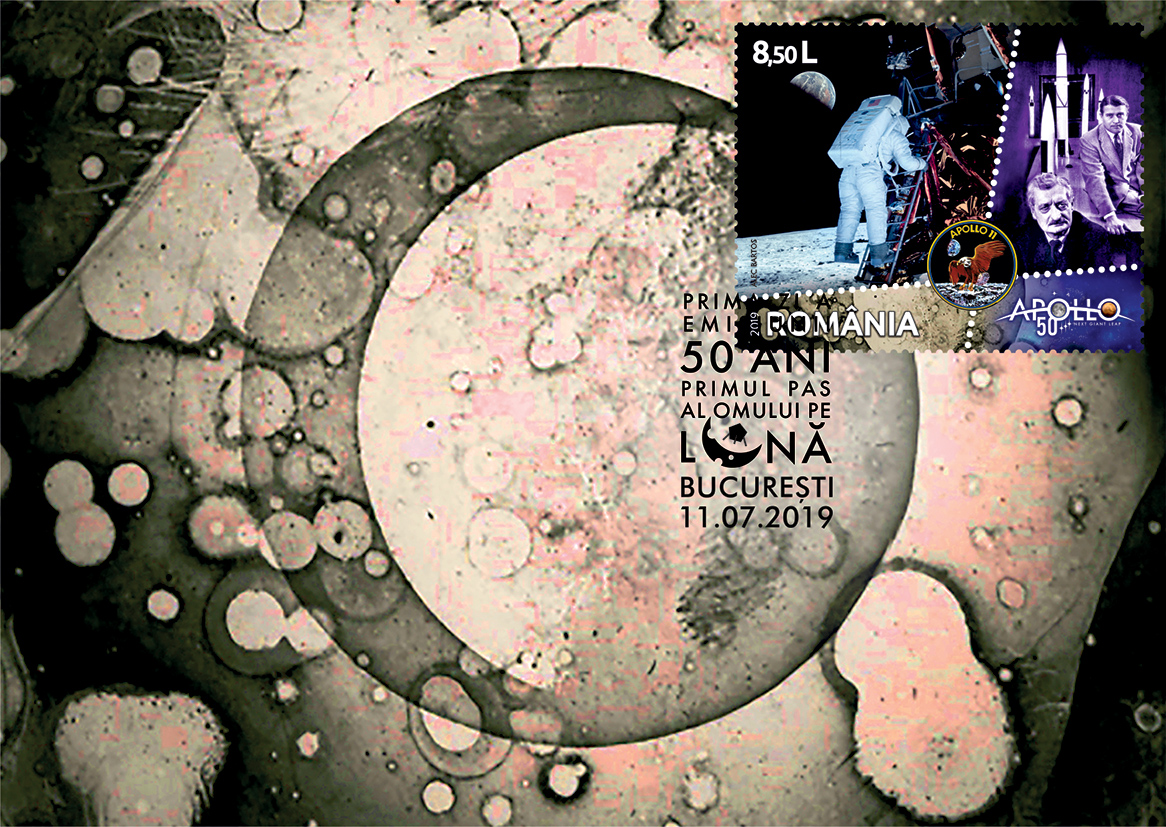 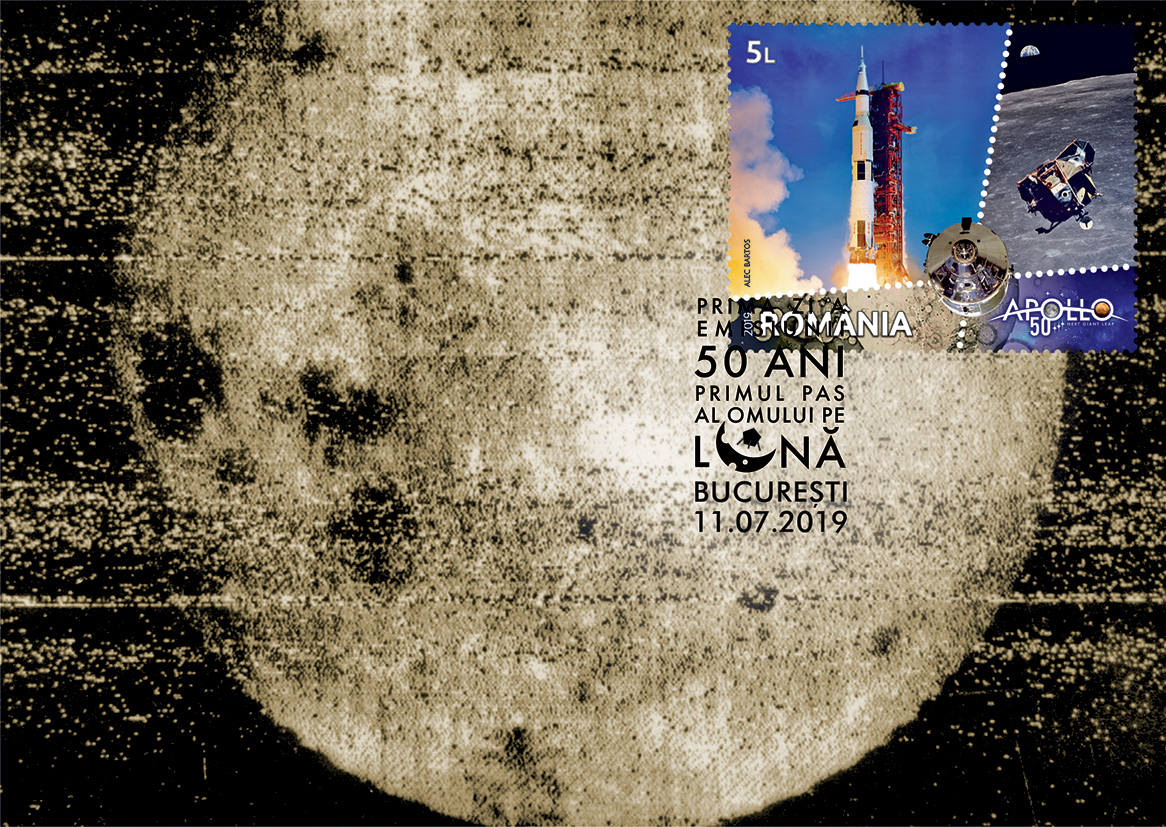 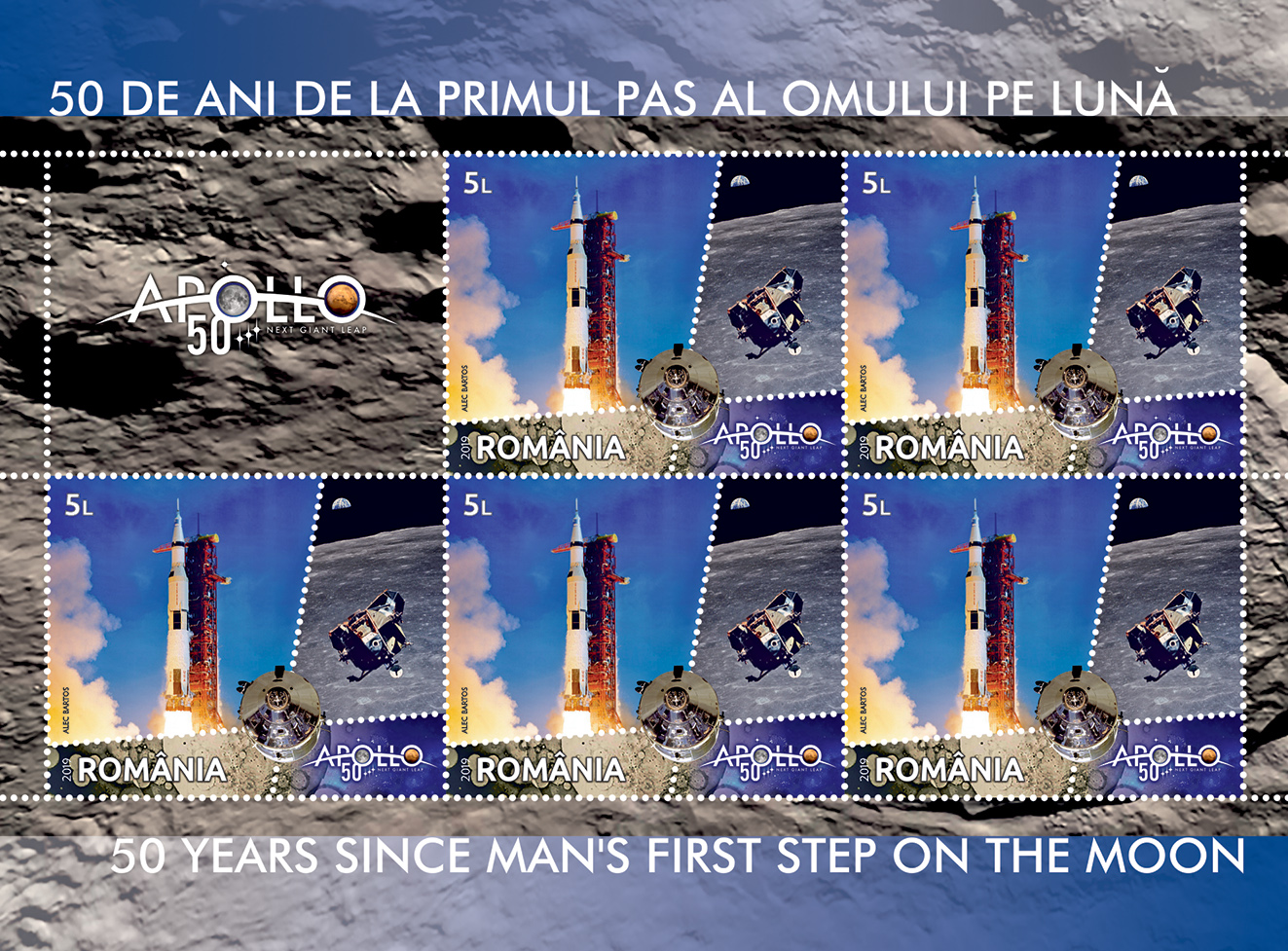 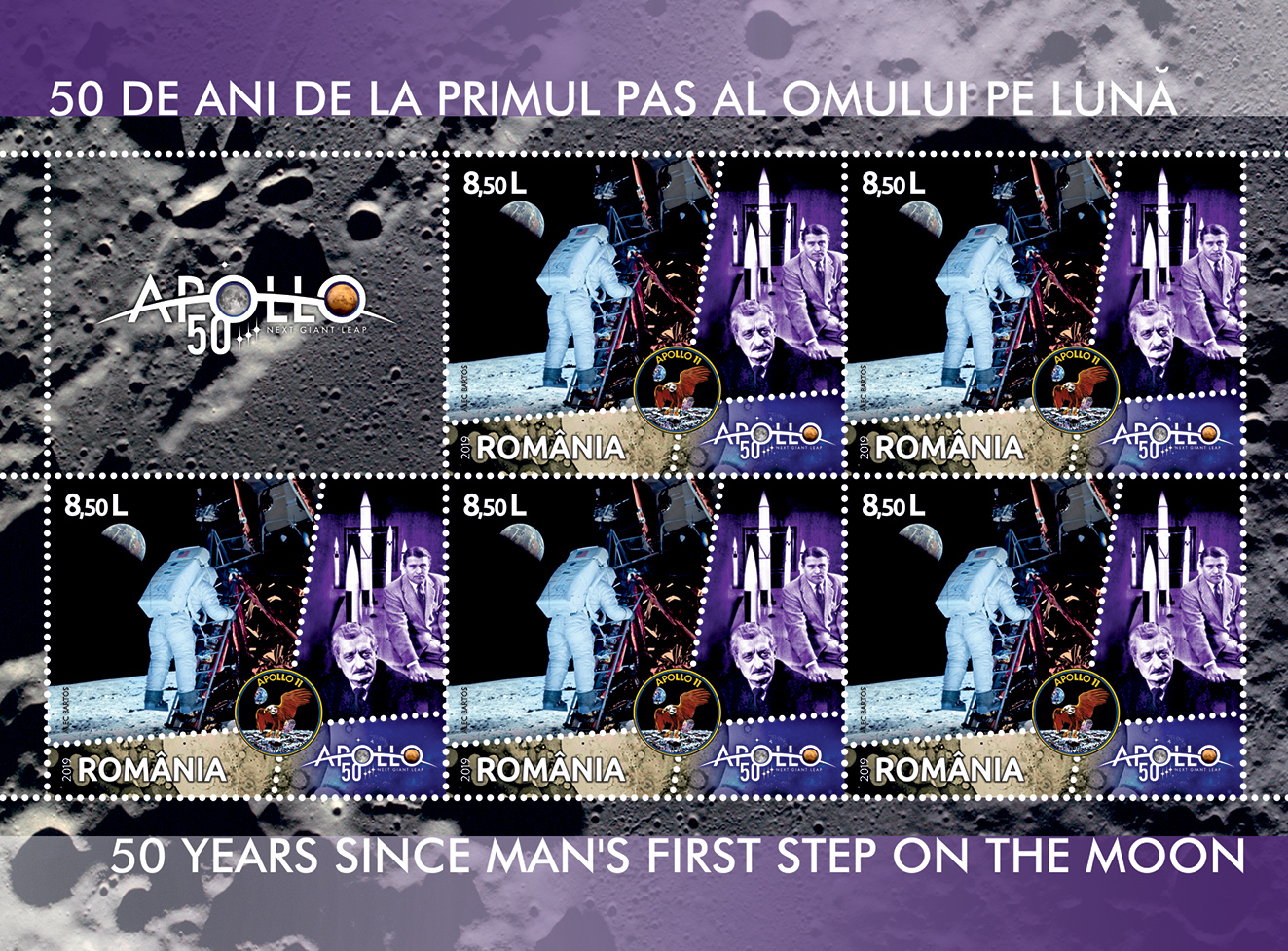